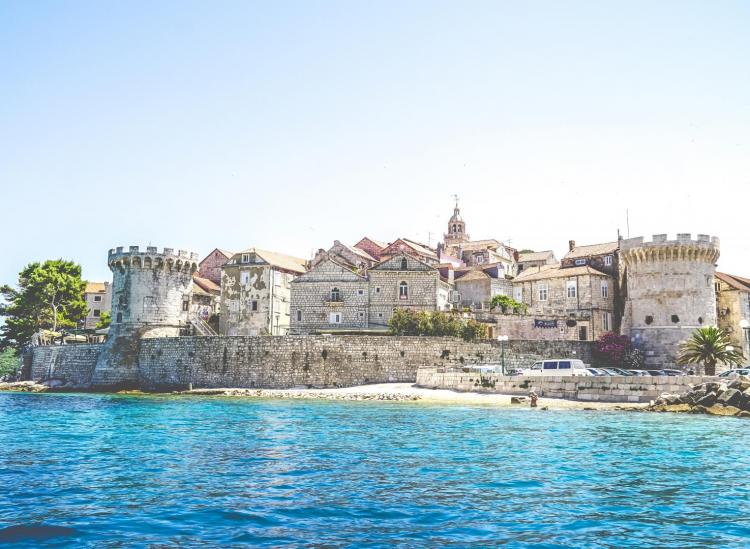 Last year the phrase “overtourism” burst into the traveling world, making it clear that certain destinations are getting a little tired of tourists filling their streets.

In Venice, small fishing boats physically blocked cruise ships from entering the Grand Canal. In Barcelona, protesters chanted “El Turisme Mata Els Barris” — “Tourism kills neighborhoods” — a clear message to travelers that city residents don’t want them there. Multiple tourist-favorite cities have cracked down on trashy party scenes and others have added fines for drunkenness, nudity or even pausing too long on bridges. Hey, you gotta do what you gotta do.

Luckily, we live in a big, beautiful world. We can travel to places where fewer locals feel taken advantage of, where travelers can feel good about visiting. Using data from Travel Bird, we picked the some of the most overtouristed cities in the world — plus a few spots we’ve informally heard are growing weary of constant hordes of tourists — and suggested alternative cities where you might find a warmer welcome.

Bilbao has a similar funky artistic spirit to Barcelona, but the art is more on the modern side than Barcelona’s wealth of Art Nouveau and Antoni Gaudí masterpieces. Like the Catalan region surrounding Barcelona, the Basque region of Bilbao also has its own unique flavors on the opposite coast.

The beachy vibes of Barcelona can be found in San Sebastian, along with the culinary delights. It’s a foodie-favorite city with delicacies, such as fresh chorizo sausage, Galician steak and local wine. In fact, the city has more Michelin stars per capita than anywhere else in the world.

Looking for the urban India experience? Udaipur has temples, palaces, gardens and iconic markets, all in colorful buildings with classic architecture nestled around the city’s lake. Udaipur about halfway between Mumbai and New Dehli but in a completely different province with its own traditions and flavors.

Occasionally, you’ll be sharing Palolem Beach with a couple cows (hey, bovines like the waves, too), but this section of Goa is much less crowded than Mumbai’s Chaupati Beach (pronounced Chowpatty) – with infinitely better scenery.

The scene in the Netherland’s second city can be found outside – free outdoor art galleries, cafes and bars, as well as lots of green spaces. You’ll find urban farming projects, bike lanes and a refurbished red light district. Who needs the capital ‘dam? Rotter is the way to go.

The Swedish capital has the same hipster charm as Amsterdam but with an added Scandinavian edge. You’ll find bars, breweries, bike pubs and plenty of coffee shops in which to sip your favorite brew. Because of its proximity to the Arctic Circle, visitors can venture out on day trips to catch the Midnight Sun in the summer or the Northern Lights in the winter.

Nicknamed the “Venice of the Alps,” Annecy makes for much quieter canal strolls than the Italian giant. You can expect charming cafes for a croissant and coffee and even a bridge named “Pont des Amours” — the lover’s bridge. Who needs the Bridge of Sighs?

While wine is the star in Venice, you can expect to sip Belgian beers before romantic wanders through Bruges’ canals. It’s known as the Venice of the North, meaning the architecture leans more Nordic than Italian.

Looking for red-roofed Adriatic loveliness? Korcula is a large island just north of Dubrovnik and thankfully lacks the masses of Game of Thrones aficionados. Look for the same yummy Croatian wines as on the mainland but with much more seaside peace.

All the glamor of Dubrovnik before it became overrun is in Sveti Stefan. It’s a five-star resort island with similar fortified walls as the Croatian city. The actual resort is for guests only, but the photos are free and nearby Budva is open to all.

We love Budapest’s ruin pubs, but you know what’s even cooler? Ljubljana’s artist playground built out of an old military base. The entire city has similarly beautiful architecture to Hungary’s capital city on a smaller scale, more colorful buildings and dragon iconography all over.

Remember when Budapest was thrillingly off the map for an American traveler? That’s the vibe you’ll get in Tbilisi now. It’s a city just starting to hit its stride 25 years post-Soviet era. Think techno clubs next to fairytale towers and super shiny modern buildings.

If you’re called to Budapest for the fairytale castle and ornate parliament building, you’ll dig Talinn’s Old Town. But the city also has exciting nightlife, charming cafe culture and access to the Baltic Sea.

Here’s The Next European City You Should Explore, Based On Your Personality