Here’s The Problem With Visiting Dubrovnik, The Real-Life King’s Landing 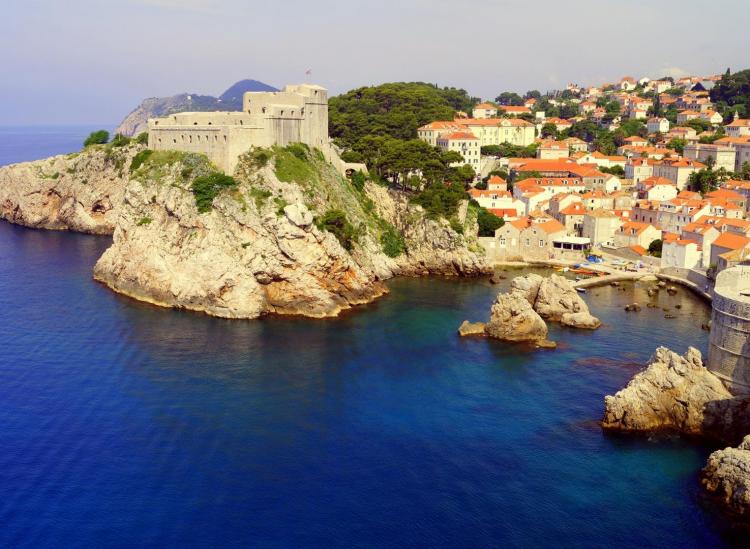 No longer a serene red-roofed paradise by the sea, Dubrovnik is now the favorite stop on the real-life Game of Thrones tourist circuit. The city is so pulsing with fandom that you can practically hear the theme song as you walk through its beautiful cobblestone streets.

Dubrovnik, Croatia is a UNESCO World Heritage Site and is home to one of the most beautiful historic Old Towns in the world. There are brilliant blue sea views, quaint scarlet rooftops and staggering stone fortress walls. But as Croatia has emerged a travel hotspot over the last decade, the debut of Game of Thrones in 2011 launched Dubrovnik tourism into another world.

If you’ve seen just a few moments of the HBO juggernaut TV series, you can picture the real-life King’s Landing.

But it’s CGI. The real Dubrovnik is too small to hold all the fans looking to ring bells and shout “shame” at a [clothed] friend retracing Cersei’s naked walk through the city. There is no Red Keep or Great Sept.

And in case you can’t find the digitally-improved locations of monumental show moments, there are Game of Thrones tours ready to squire you around town, pointing out the newly famous spots. Although Dubrovnik is best known as King’s Landing, many different fictional kingdoms were filmed here. The tour guides even have glossy flip books filled with pictures of the scenery transformed into fantasy land (here’s where Sansa stood with Littlefinger, here’s where Daenerys hunted for her stolen dragons). A Game of Thrones tour will run you around $70 and you’ll be treated to an experience filled with props, visual aides and even tales from guides’ time as extras on set.

However, this means that there’s no possible way to leisurely wander through the ancient city without hearing the words “Game of Thrones” every two steps. Dubrovnik is in danger of going the way of the inner city of Venice, empty of locals and filled with souvenir shops selling the same bland merch on every charming street.

It’s not simply annoying to hear tourists name-checking your Westerosi faves around every beautiful corner, it’s putting the city in at risk. Between Thrones fans and cruise ships, the city is as swarmed by travelers as King’s Landing was by its latest attackers. The cruise ships are bringing the numbers, but the Game of Thrones fans are bringing a particularly vocal brand of tourism, changing the flavor of the city.

Last year, UNESCO threatened to revoke the city’s heritage site status due to overcrowding damaging the historic Old Town. As of this year, Dubrovnik’s mayor is cutting cruise ship stops in half, but also plans to only allow 4,000 people inside the medieval walled city per day. That’s less than half of the current hordes roasting in the summer sun on the walls.

Now, I’ll admit to wearing my best Mother of Dragons dress when climbing the city walls this August and reveling in the chance to watch the sunset in an imposing fortress like my Game of Thrones alter ego, but I also chafed at the overcrowded city buses, mourned the lack of authenticity inside those very walls and sensed the tourist-directed derision from the few locals who I was lucky enough to meet.

Yes, Game of Thrones is on hiatus until potentially 2018 (2019?!). We have a year to rest before worrying about the advancement of the Night King. But Dubrovnik also needs a break.