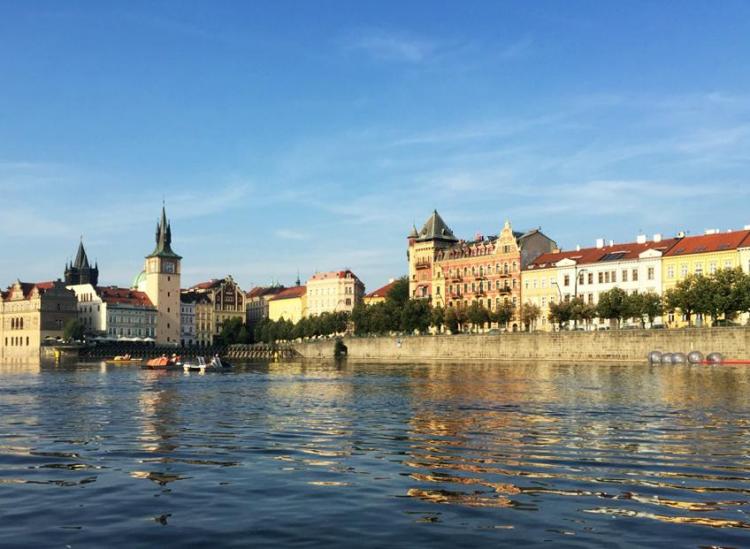 The former fairytale of spending pennies in Prague for a whirlwind Czech Republic trip might be over, but that doesn’t mean you can’t visit the city on a budget. Also known as the Golden City, the City of a Hundred Spires or “Praha” in the native Czech language, Prague is a renaissance city bursting with energy. It not only thrived in the late Middle Ages, but also has an edgy post-Communist side, blending romantic architecture with recent bitter history and a flourishing art scene.

Even in 2018, the city is a young traveler’s heaven. Here’s how to make your Prague vacation budget-friendly and experience the Czech gem to the fullest — with a full glass of Czech pilsner, of course. 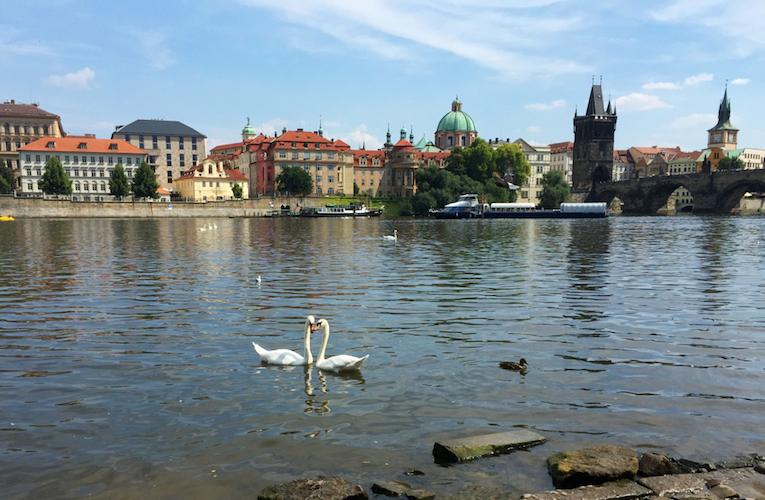 The districts in Prague are numbered, from Prague 1 to Prague 10, but there are distinct neighborhoods within each. Prague 1 is where you’ll find most tourists and, if you’ve only got time for a short trip, this is your best home base. It’s divided into four general regions. There’s the Old Town, New Town, Lesser Town and Castle Area. The true center of the city is the Old Town, where the streets are alley-like, narrow and cobblestoned. It’s a bit pricier, but if you’re lucky, you can grab an Airbnb for between $30 and $40 right in the Old Town Square (even better if you’re splitting it with a couple of friends).

Looking for where the social butterflies want to be? Vinohrady is where all the expats and young professionals hang out (and Airbnb out their spare rooms). You can walk here from Wenceslas Square, a hotspot of restaurants and nightlife. For something with a similar feel that’s a little quieter, try searching for a spot in Karlín.

If you eschew all things touristy, you want Žižkov. You can find adorable bohemian apartments for rent in this hilly area (an Airbnb for less than $30 is easily achievable) and you’ll be so in love with the neighborhood that the bargain will seem even better. It’s Prague’s hipster hood, with chill beer halls, quaint coffee shops, local farmers markets and authentic restaurants. And we don’t mean authentic in the Instagram-friendly way. We mean restaurants where the menus aren’t in English and the food ranges from Czech to Mexican — like where people actually eat an average Tuesday dinner.

Solo travelers, you can choose a hostel based on your neighborhood preference. You’ll find plenty of choices around the $20 to $30 mark from the Old Town to Vinohrady. 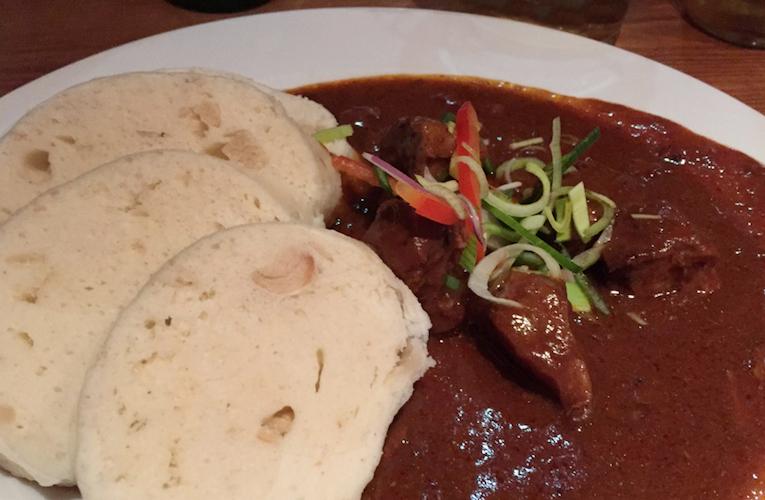 Like a lot of Central European food, Czech cuisine is heavy on the sauces and generally heavy on the stomach. You’ll see goulash (beef stew with dumplings), schnitzel (breaded and fried pork) and steak tartare (raw beef, served with garlic, bread and egg). You can find budget-friendly menus at spots like U Houdků and U Sádlů.

Not feeling a whole hefty plate or the price that comes with it? Try lunch at Sisters bistro for a creative spin on the local dishes. You’ll find open-faced sandwiches for a couple dollars.

There are two other things you must consume in Prague: trdelník and beer. Luckily, beer is basically cheaper than water here, so that’s not going to break your budget.

Trdelník is sold on the street everywhere and thank goodness because one isn’t enough. These sweet treats are chimney-shaped donuts covered in cinnamon sugar. You can get them filled with Nutella at just about every street stand or spring for an ice-cream filled one at Good Food Coffee and Bakery ($5). 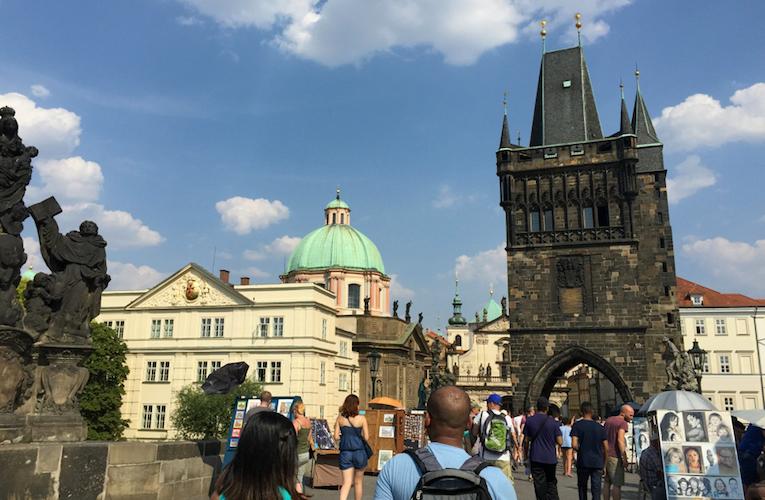 The first step to any Prague visit is a “free” walking tour. Now, these things are only free if you’re heartless and decide not to tip your tour guides, but even if you decide to toss a couple bucks their way at the end of the walk, you’ll come away rich in historical facts and context about the amazing city.

Make sure to check out the Jewish Quarter, where you’ll be able to see centuries of Jewish history from the 10th century to World War II. Entrance to the museum’s six sites (synagogues, cemeteries and memorials) is $16.

The enormous Prague Castle also costs about $16 for access to the basilica, cathedral and royal rooms inside. However, the building is even awestriking from far off, especially at night. (We get it if you want to spend your extra money on different nighttime activities and do a casual walk-by of the castle all lit up.)

If you have a couple of friends with a couple dollars to burn, we’d recommend the views from the water. During the warm months, you can rent a little paddleboard on the Vltava river that seats four for about $5 a person. 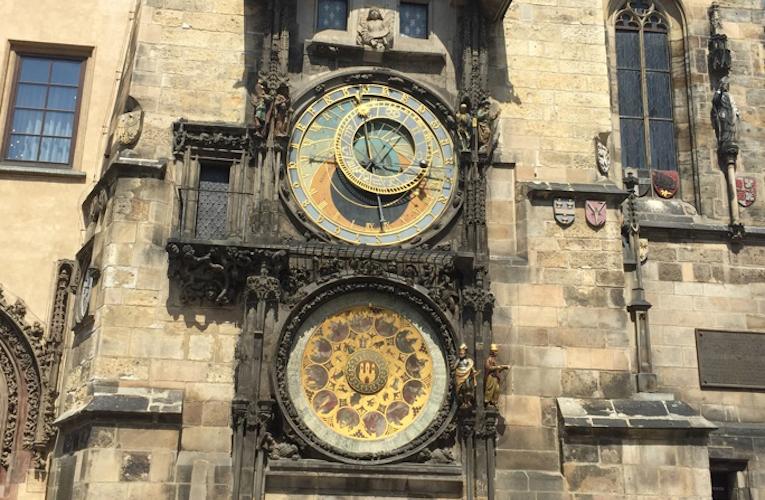 Wandering Prague’s medieval streets is completely free. You can loop from Charles Bridge through the gothic Old Town Square to see the famous astronomical clock’s hourly mechanical puppet show. Nearby, you’ll also be in the shadows of the Church of Our Lady before Týn, which looks so magical that you could envision the dragon from “Sleeping Beauty” landing on one of the towers at any moment.

Across the river, you’ll find the John Lennon Wall, covered in colorful graffiti. In the 1980s, the Lennon Wall became a way for communist-era Prague residents to express political rebellion through art. Now, you can leave your own message on the wall — there are even permanent markers left near the stones ready for your contribution to the mural. 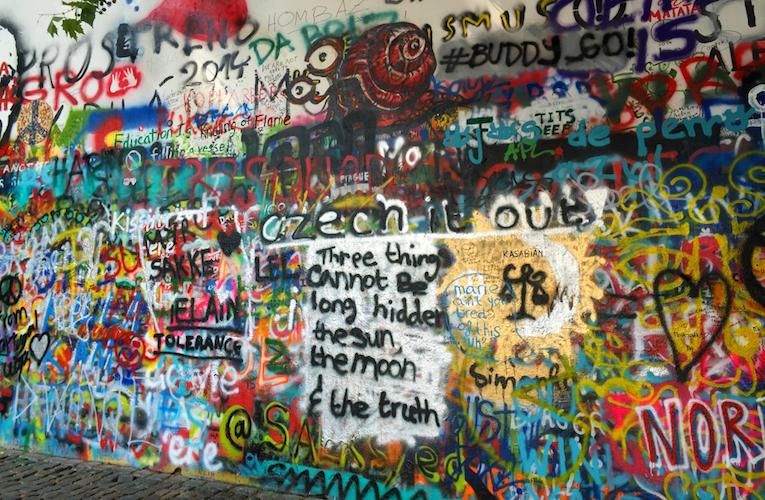 Hitting the rest of Central Europe after Prague? Besides Budapest, Hungary and Vienna, Austria, we’d suggest visiting Ljubljana, Slovenia and Berlin, Germany for more of the free-spirit, artistic flair of the region.

These Hip Neighborhoods In Vienna Make The Posh City The Coolest