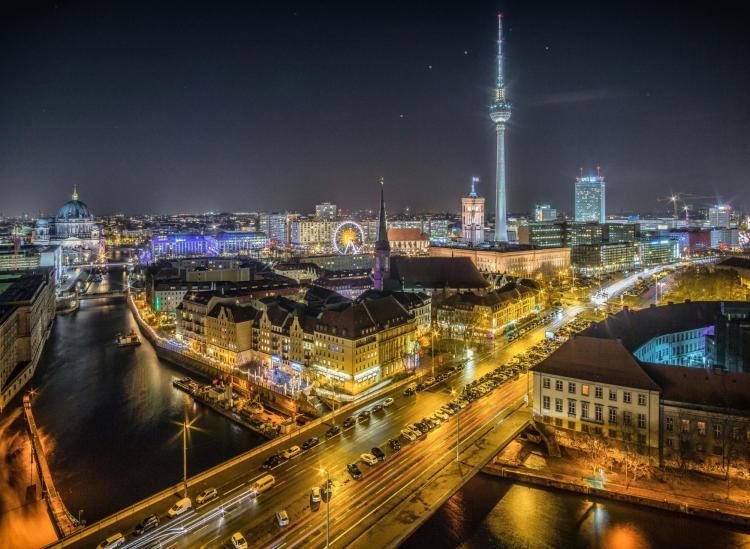 Brooklyn is out, Berlin is in. If you enjoy visiting places where everyone looks like cool young TV stars living their best creative lives, the German city is the place to be. But Berlin also has a complex history, which makes it overwhelming to begin planning a trip. If you want to see a little bit of everything — museums, memorials, street art, cafes and clubs — here’s where we’d go.

Like all of Europe’s amazing metropolises, you could spend days wandering Berlin and taking photos of historic building after museum after church after palace. But if you’re only picking a few tourist stops on your cultural tour, we’d start with these four. 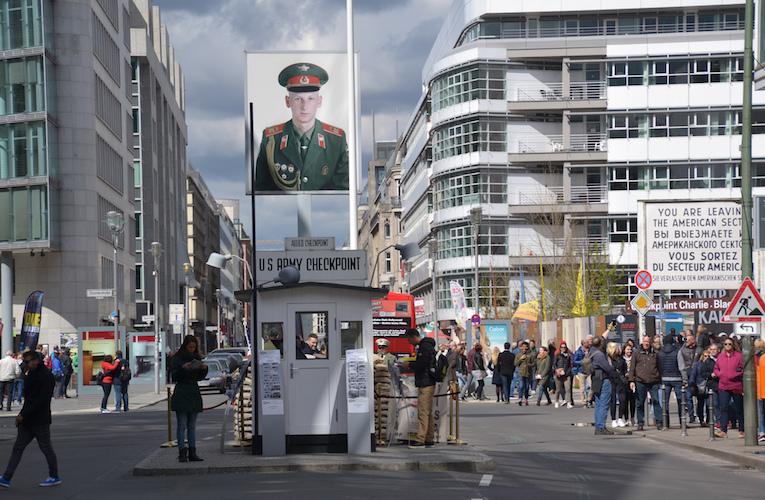 The first thing you should know before visiting Berlin is that it’s only been one city for less than 30 years. After World War II, Germany was split into two parts. East Germany belonged to the Soviet Union while West Germany was occupied by the United States, Great Britain and France. And the way the deal was struck meant Berlin was also split. For more than 10 years, Berliners could cross between East Berlin and West Berlin. But as the Cold War escalated, so did conflict in Berlin between the Soviet and U.S., U.K. and French forces. In 1961, the Berlin Wall was constructed, making it impossible to cross from East to West.

One of the only ways across the border was Checkpoint Charlie, although residents of East Germany couldn’t get through from communist East Germany to the democratic West. When the Berlin Wall fell in 1989, masses of people crossed from East Berlin into West Berlin through Checkpoint Charlie’s gates — one of the biggest signs of the end of the Cold War. Now, you can see a replica of the checkpoint in its original location at the former border or visit the actual guardhouse in the Allied Museum nearby. 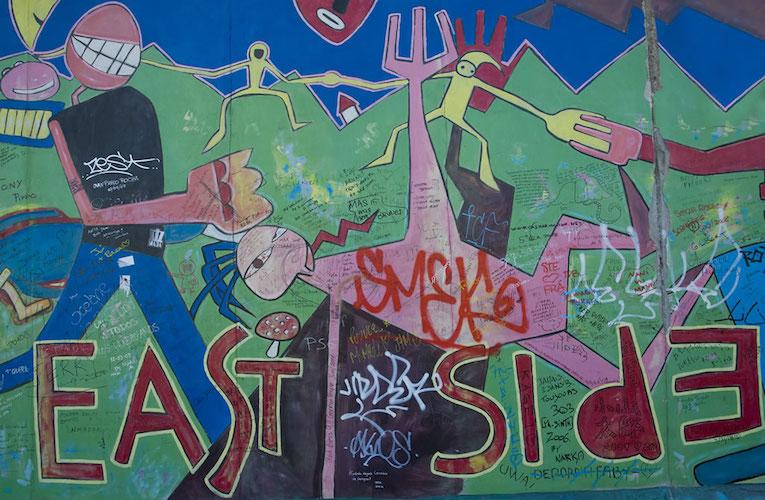 After the wall fell, more than 100 artists decorated a portion with protest art, political messages and expressions of peace. It’s now called the East Side Gallery, and it’s the longest preserved section of the wall left standing. Another section of the wall now hosts Berlin’s best flea market at Mauerpark, which literally means “wall park” in English. You can find historical information and a section of the “death strip” (the space between the East and West walls where guards used trip wires, machine guns and floodlights to keep residents from crossing) at the Berlin Wall Memorial. 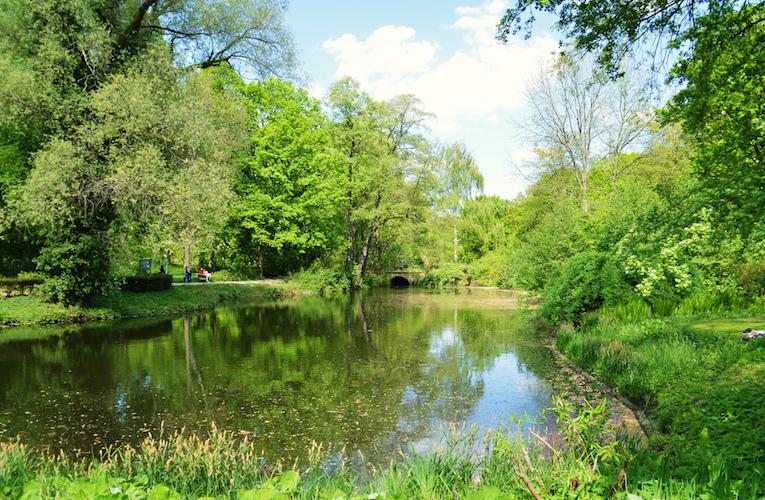 Berlin’s central green space, the Tiergarten, is one of the largest public gardens in Europe and a great place for a picnic in the middle of your tourist tour. You’ll be able to spot the Victory Column, Prussian War Memorial and Schloss Bellevue, a former palace and current residence of the German president.

However, if you have more time on your hands, we’d recommend heading to Grunewald Forest. It’s a little further out of the city than some tourists venture, but it offers hiking, biking and even swimming in the park’s lakes. 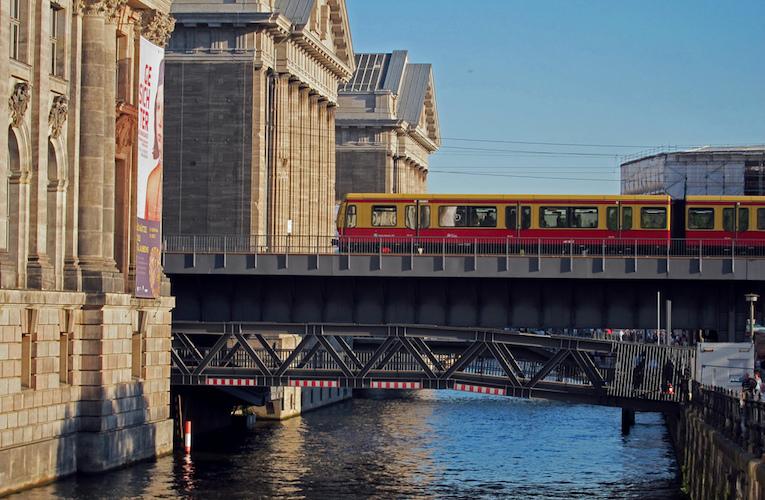 Helpfully clustered together, Museum Island is home to five of the best museums in Berlin. The UNESCO World Heritage Site is located in the River Spree, the city’s main waterway. You’ll find the Neues Museum, Pergamon Museum and Altes Museum housing ancient treasures, as well as the Alte National Galerie and Bode-Museum boasting classical and modern works of art. (If you’re a true design fan, you probably also want to hit a museum not housed on the island — the Bauhaus Archive with art on display in the unique Bauhaus style.) The island is also home to the Berlin Cathedral, a gigantic baroque-inspired basilica. 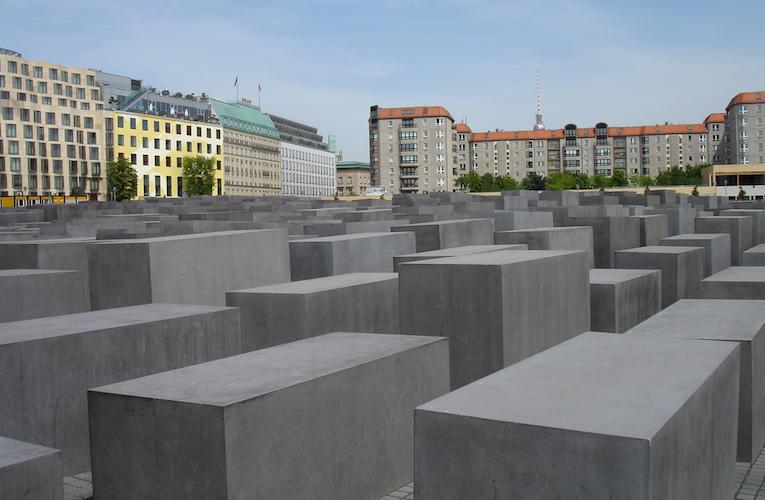 On any visit to Berlin, it’s crucial that you see the city’s Holocaust memorials. Germany’s reckoning with its horrific past during World War II is expressed in moving monuments to the lives lost in the Holocaust throughout the city. We’d suggest starting with the Memorial to the Murdered Jews of Europe, an abstract display of 2,711 concrete slabs spread across a city block near the Brandenburg Gate. For a more detailed history of the horrendous genocide, you can visit the Jewish Museum Berlin and the Topography of Terror, an in-depth look at the Nazi regime located on the former SS Gestapo headquarters. 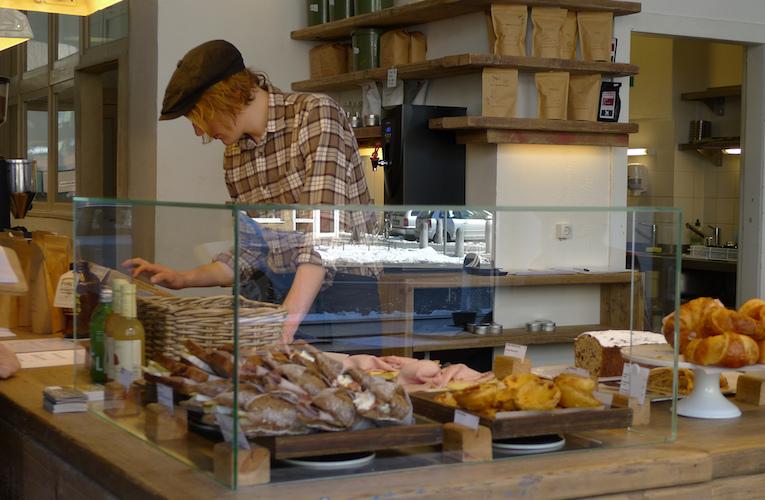 Playing tourist in Berlin can be emotionally exhausting, so take time to both let yourself refresh and experience the city’s cafe culture. There’s no better way to understand how a city flows than to hang out in one of the beloved local coffee or lunch spots.

Located in the middle of the Tiergarten, you can grab a refreshing glass of beer (or wine) in this popular beer garden. As the name implies (“cafe on the new lake”), it’s right on the water and they also serve grilled pizzas, making it the summer people-watching spot of your dreams.

A mixed function space, Nest is a cafe, bar and coworking space, meaning it’s always bustling with creative energy. You can sit inside or outside to dine on the German and Mediterranean-influenced dishes and sip on a local Pilsner. P.S. Yes, there’s WiFi.

Berlin’s premiere third-wave coffee spot is where you’ll find the uber-pretentious coffee nerds and the most carefully crafted latte art on your order. You’ll get a great brew at The Barn and a taste for the local coffee snob spirit.

Neighborhoods Where The Cool Kids Hang Out 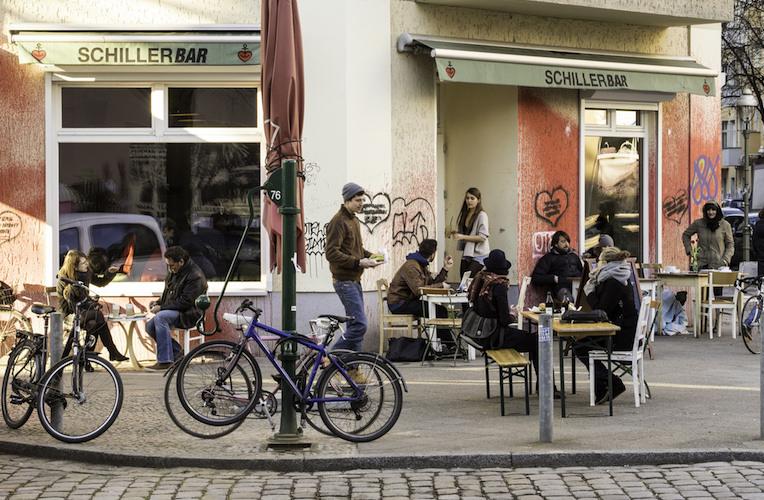 We get it — you want to see the city like a real Berliner. So when you’re choosing where to stay, whether in a hotel, Airbnb or hostel, consider these trendy neighborhoods. (Although, with rents rising due to the influx of tourists, you might not get quite as warm a welcome now as when the city was fresher on the traveler circuit).

Expressive street art covers Friedrichshain, an East Berlin neighborhood with a lot of character coloring the streets filled with bars, boutiques and cafes. This is where you’ll find the East Side Gallery, but the neighborhood’s artwork extends into basically every corner. 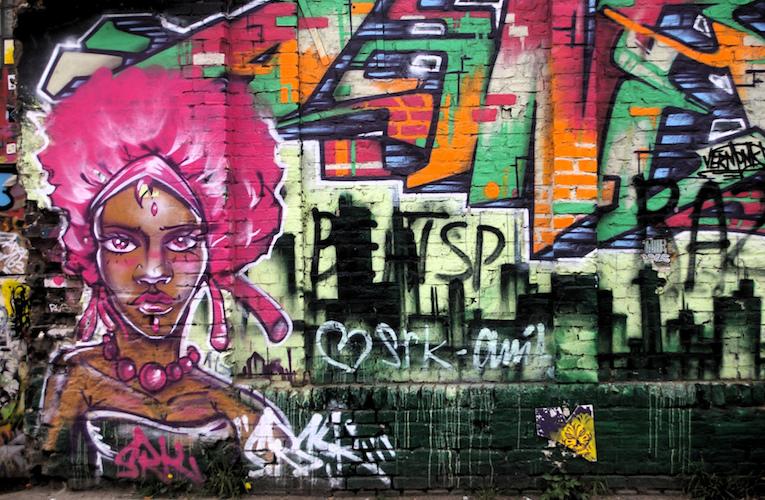 Kreuzberg is probably what you imagine when you picture a punk Berlin experience. We’re talking vintage shops, graffiti and cafes. It’s a little wild, untamed and filled with counter-culture. People hang out along the Landwehr Canal, the more off-beat waterfront than the Spree. Pro tip: Grab grub at Markthalle Neun, a giant food hall selling local specialties and food from around the world.

A little more upscale, Mitte combines the grit of artist squats with glossy professional apartments. Many of the city’s most famous cultural sites are here, which does mean it’s more expensive but also a little more polished and central. 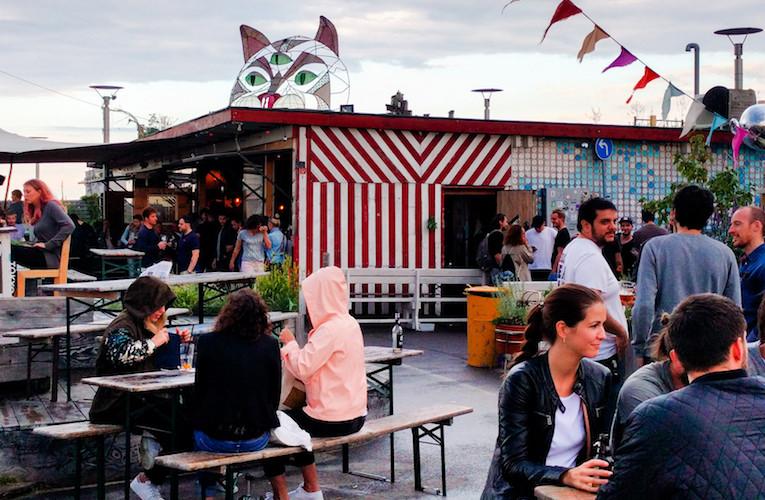 Even if the intricacies of Cold War era history are new to you, you may have heard rumors of Berlin’s epic clubs where the party rages on until the sun comes up. Travelers can wear their best “Ich bin ein Berliner” outfits and dance the night away at these fab spots.

Whether you want to listen to slam poetry, watch movies under the stars or enjoy concerts, you’ll love the rooftop garden at The Klunkerkranich. The view from the roof is stunning, and it’s the perfect place to hang out for hours if the clubs aren’t calling your name. Or before the clubs start calling to you. You do you, friend.

Luzia is a Kreuzberg bar housed in an updated industrial space that looks like your most hipster friend’s apartment. You know, the one where they threw their grandma’s fading armchairs and chic patio furniture against exposed brick and it looks better than a magazine spread. That’s Luzia. Chill cocktails by day, techno beats by night. And somewhere in the middle, you’ll find live music and special events. 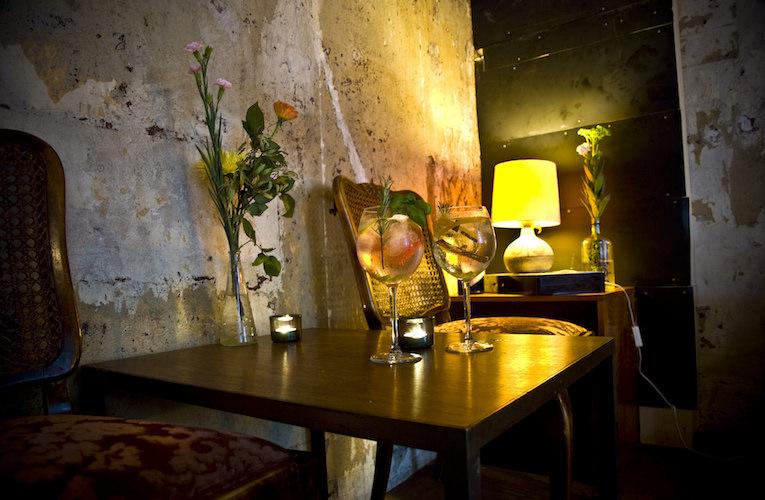 The most (in)famous club in the city, Berghain is in an old power plant and is the place to see techno stars and dance until your feet feel like they could melt off your body. But entrance isn’t guaranteed. You gotta speak German (or have a great interpreter friend with you) and dress truly cooler-than-you-without-trying to get past the bouncer.

If you can’t get into Berghain — and never say never but unless you’re on a list, you probably can’t — you can always try Watergate (for great acts), Club der Visionäre (on the river) or Sisyphos (easy to get into and still a blast).

Don’t forget to grab some currywurst on your way home. The local favorite and one of the original purveyor’s of the hybrid food is Konnopke’s Imbiss near Mauerpark. It’s worth eating when in Berlin and even better after a wild night on the town.

These Hip Neighborhoods In Vienna Make The Posh City The Coolest