‘Monopoly For Millennials’ Debuts And Not Everyone Is Happy 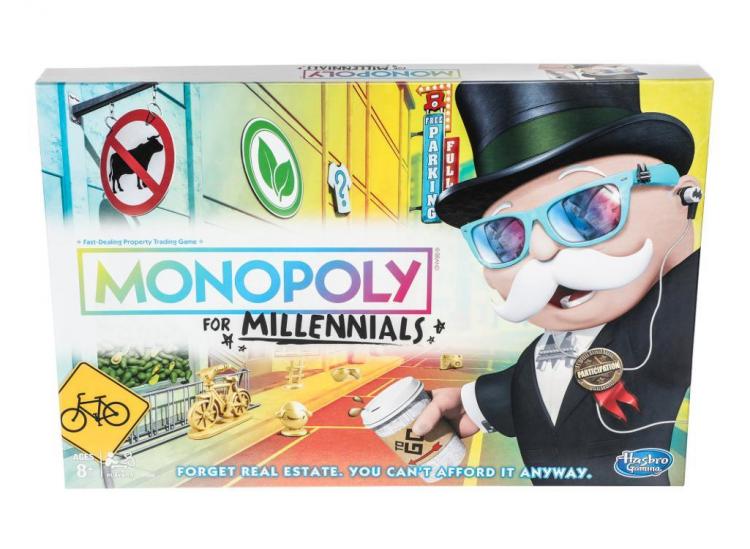 Experiences, instead of real estate, are the name of the game in Hasbro’s new “Monopoly For Millennials.” The new edition of the classic board game sold out on Walmart.com in just a few days of its release, and we can’t figure out if it’s because parents plan to gift it to their children this holiday season or millennials think it’s just ironic enough to be fun.

With “Adulting is hard. You deserve a break from the rat race!” and “Forget real estate. You can’t afford it anyway.” as its taglines on the front and back of the box, “Monopoly for Millennials” is a reminder that life as a 20-something can be hard.

Many people are insulted by the board game, and we don’t blame them.

@Hasbro Can you provide the URL for the Hasbro-official website featuring "Monopoly for Millennials," where you trash on my age demographic because baby boomers caused an economic catastrophe that rendered us financially impotent for a decade? Thanks! pic.twitter.com/wmm0WQwnld

congratulations to @Hasbro for not only insulting an entire generation but also ruining my favorite board game pic.twitter.com/i5srKDnEKp

Between student loan debt — the player with the most gets to roll first! — and jobs that are “full-time” yet don’t offer healthcare or retirement benefits, adulting is tough. The thing that the game doesn’t remind everyone is that life as a millennial focuses on more important things than three-day music festivals and meditation retreats (what the game has as the top two experiences).

While the player who racks up the most experiences wins the game, we’re disappointed it isn’t the person who pays down their student loan debt or buys a house first.

The game board has other “millennial-themed” aspects such as stops like your parents’ basement, Vegan Bistro, yoga studio, live-work loft and more. And the classic game pieces have been turned into “relevant” items like a hashtag and emoji.

If you’re interested in playing it yourself, you can find “Monopoly For Millennials” on Amazon starting at about $50.

What do you think about “Monopoly For Millennials”? We’d love to hear your thoughts, so email us at [email protected]!