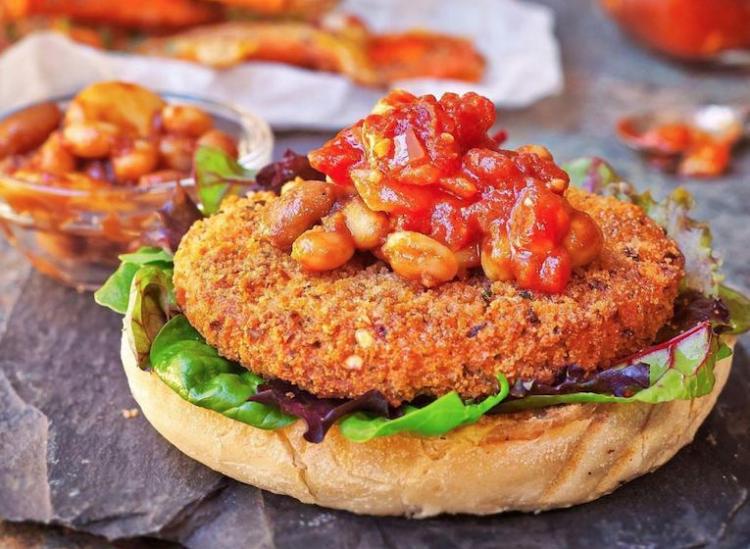 Just because you’re vegan or plant-based, doesn’t mean you have to live a life without spicy chicken patties, burgers and crab cakes. There are a ton of meatless meat companies out there that make products that taste pretty similar to the real thing. Whether you’ve cut out meat for health or moral reasons, here are some of the best plant-based “meat” products you should try.

Beyond Meat — Vegan Beyond Burger

For a plant-based burger that has more protein than the average patty, the Beyond Burger from Beyond Meat is cholesterol-free, sizzles like a regular patty and has those hearty and savory elements. The Beyond Burger is made with pea protein so it’s ideal for anyone dealing with celiac disease or gluten sensitivities.

The Beyond Burger stands up to all of your condiments and toppings. You can find it in the meat aisle of grocery stores around the country as well as on menus at Bareburger.

If deep down your vegan or plant-based self has always wanted crab cakes, these Mini Crabless Cakes from Gardein are a popular solution for anyone who doesn’t eat meat. These crispy bites only take nine minutes to make and you can serve them as an appetizer. Get out your tarter sauce and lemon wedges. These crispy cakes are about as close as you’ll get to the real thing. They’re made with ingredients like green and red peppers, roasted garlic, lemon juice, vinegar, chickpea flour, chia seed oil and onion powder.

When you want something hearty to go with your breakfast, these sausages are made with real fat from pressed safflower and organic palm fruit oils. They’re mixed with “grain meat,” veggies, dried fruits and a variety of spice blends. Field Roast makes “sausages” in flavors like Italian, Mexican, Smoked Apple, Frankfurters and Apple Maple Breakfast with ingredients you can actually pronounce. You can use these plant-based sausages in everything from burritos to quiches to vegan scrambles. You’ll find Field Roast at grocery and retail stores around the country, including Whole Foods and Walmart.

Veggie bacon doesn’t have to be all bad. These smart vegan bacon strips are a vegan fan favorite. With two grams of protein per strip, these babies aren’t greasy and they cook without smelling up the whole kitchen. Drizzle a little bit of olive oil and cook them for about three or four minutes until they’ve reached your desired crispiness. Add these strips to your breakfast sandwiches or vegan BLTs.

This Vegan BBQ Spicy Chik’n Patty recipe will make keeping your healthy resolutions simple! Check out the recipe below 👇 • https://www.quorn.us/recipes/egan-bbq-spicy-chikn-patty

If you feel like you’re missing out on those spicy chicken sandwiches, these spicy chik’n patties are almost as good as the real thing. Each serving has 120 calories and seven grams of protein. The breading is flavorful with ingredients like chili, parsley, garlic powder, onion powder, tomato powder, cayenne pepper, white pepper and paprika extract. If you have wheat allergies, you’re out of luck, but otherwise these are a great vegan lunch option.

This Is What A Vegan Keto Diet Looks Like