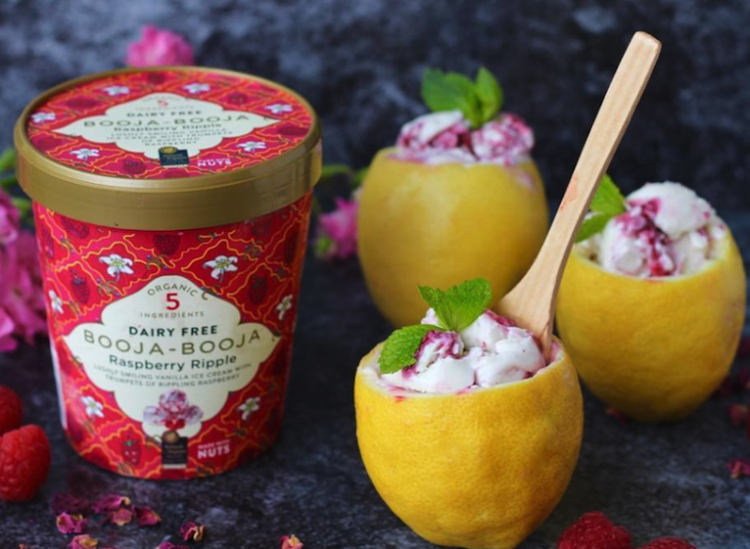 In the past, it was all too easy to hate on vegan ice cream products. They were just sad competition (if you can even call them that) for good, old-fashioned ice cream that felt super smooth as it melted in your mouth. But now, the game has changed.

Today, there are more vegan ice cream brands and flavors and textures than ever holding their ground in the market. Even people who aren’t lactose-intolerant or entirely plant-based in the rest of their diets have a solid reason to give these sweet treats a try. Here are seven amazing brands that use bananas, avocados, cashews and more in lieu of cream to make a dessert that is not only healthy but also beyond satisfying.

Van Leeuwen makes some of New York City’s best ice cream. The pastel-colored pints stand out on the freezer shelves, so you’ll know when you’ve stumbled on Van Leeuwen. In addition to all of the creative flavors that the company has on deck, they also have mastered making vegan ice cream that’s chewy, rich and competitive with all of the cream-based flavors.

Snow Monkey is a vegan and paleo-friendly ice cream that’s basically like a healthy and tasty smoothie. It combines a simple blend of superfoods, fruits and seeds. Snow Monkey makes two flavors of this ice cream packed with protein, antioxidants and fiber: Cacao For You, made with cocoa powder and maple syrup, and Hello Goji-Ous, which has goji berry juice power and mixed berry juice. Apple puree, hemp seed protein powder and sunflower butter give the frozen snack its creamy texture.

You don’t have to do much convincing when the word “avocado” is in your name. Cado is the first organic, dairy-free, avocado-based ice cream to go mainstream. Each pint has an entire ripe avocado, which makes a container of this good stuff nutrient-dense. The organic avocado is cold-pressed, sweetened and flavored to give the ice cream a smooth and silky consistency. Cado ice cream comes in three flavors: Deep Dark Chocolate, Simply Lemon and Mint Chocolate Chip.

Booja-Booja has a line of rich, dairy-free ice creams that are made with cashews and sweetened with either coconut or agave syrup. Each pint also lists the number of ingredients at the top of the container for transparency’s sake. Booja-Booja comes in flavors like Hazelnut Chocolate Truffle, Keep Smiling Vanilla M’Gorilla, Raspberry Ripple, Hunky Punky Chocolate, Caramel Pecan Praline and Chocolate Salted Caramel. Booja-Booja can be on the pricey side, but it’s worth it.

Another vegan ice cream brand that has earned its spot in the sun is NadaMoo. This rich, coconut milk-based pint is creamy, fluffy, smooth and melts in your mouth. Even if you’re not a fan of coconut, you’ll still like this vegan ice cream. NadaMoo comes in flavors like Chocolate Peanut Butter, Birthday Cake Cookie Dough, The Rockiest Road, That Snickerdoodle Dough, Himalayan Salted Caramel, Chocolate Cherry Fudge Brownie, Pistachio Nut, Lotta Mint Chip, Maple Pecan and Cookies and Crème.

This plant-based ice cream company makes use of plants, shrubs, trees and flowers to make its ice cream. Frankie and Jo’s is 100 percent vegan and makes all of its own milk and bases in-house. A lot of the recipes use alternative sugars like dates and maple as well. The company ships nationally, but you have to order four pints at a time.

A pastry chef and a plant-based chef own the company, so you know these flavors of ice cream and sorbet are legit and can rival all of the dairy-packed ice cream out there. Flavors options include Salty Caramel Ash, Frankie’s Brown Sugar Vanilla, Tahini Chocolate, Gingered Golden Milk, California Cabin (this one is made with ingredients like smoked vanilla pods, pine needles, smoked sea salt, black pepper and cardamom), Chocolate Date and Beet Strawberry Rose Sorbet.