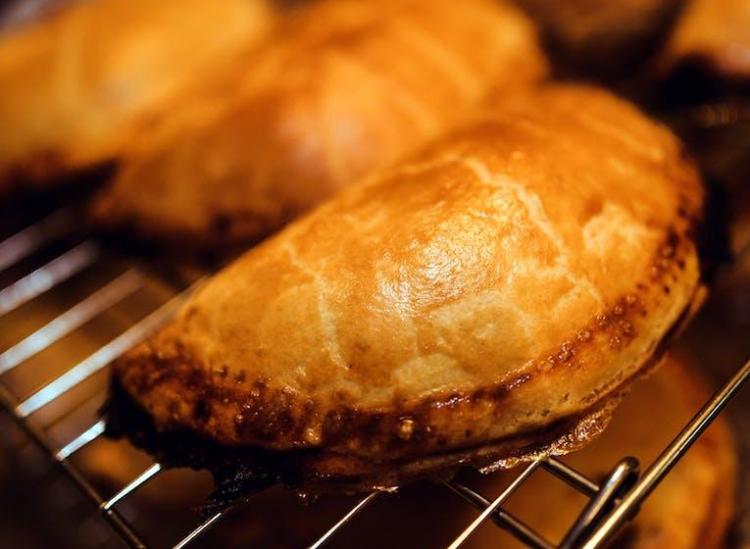 We like to think of fall as a time to experiment with as many pies as possible. The traditional bakers might stay loyal to plain pumpkin, while the adventurous eaters see pumpkin as a light suggestion. Since we like to switch things up every so often, we’re in the mood for some funky twists on the traditional pumpkin pie this year. Here’s some inspiration that’ll have you dropping everything to run to the farmers market.

If one thing’s for sure, it’s that the ratio of pumpkin to crust is always a little off. If you go the store-bought route, chances are the crust is on the thin side and most of the bite ends up being pumpkin. Pumpkin pie bites are a foolproof way to solve the ratio dilemma. We’re into these creamy mini pumpkin pies with puff pastry. You’ll never have to worry about getting a mouth full of straight pumpkin again.

Anyone who feels a little hesitant when it comes to forgetting about a pie in the oven needs to try a no-bake pumpkin pie. This 10-minute no-bake pie calls for both pumpkin and squash puree with cream cheese, whipped cream and all of the classic pie spices. Beat all of the ingredients with an electric mixer, fold in the whipped cream, spread it into the graham cracker crust and let it chill in the fridge for a couple of hours before serving. You could easily make this before you go to bed and when you wake up in the morning, it’ll be ready for you. 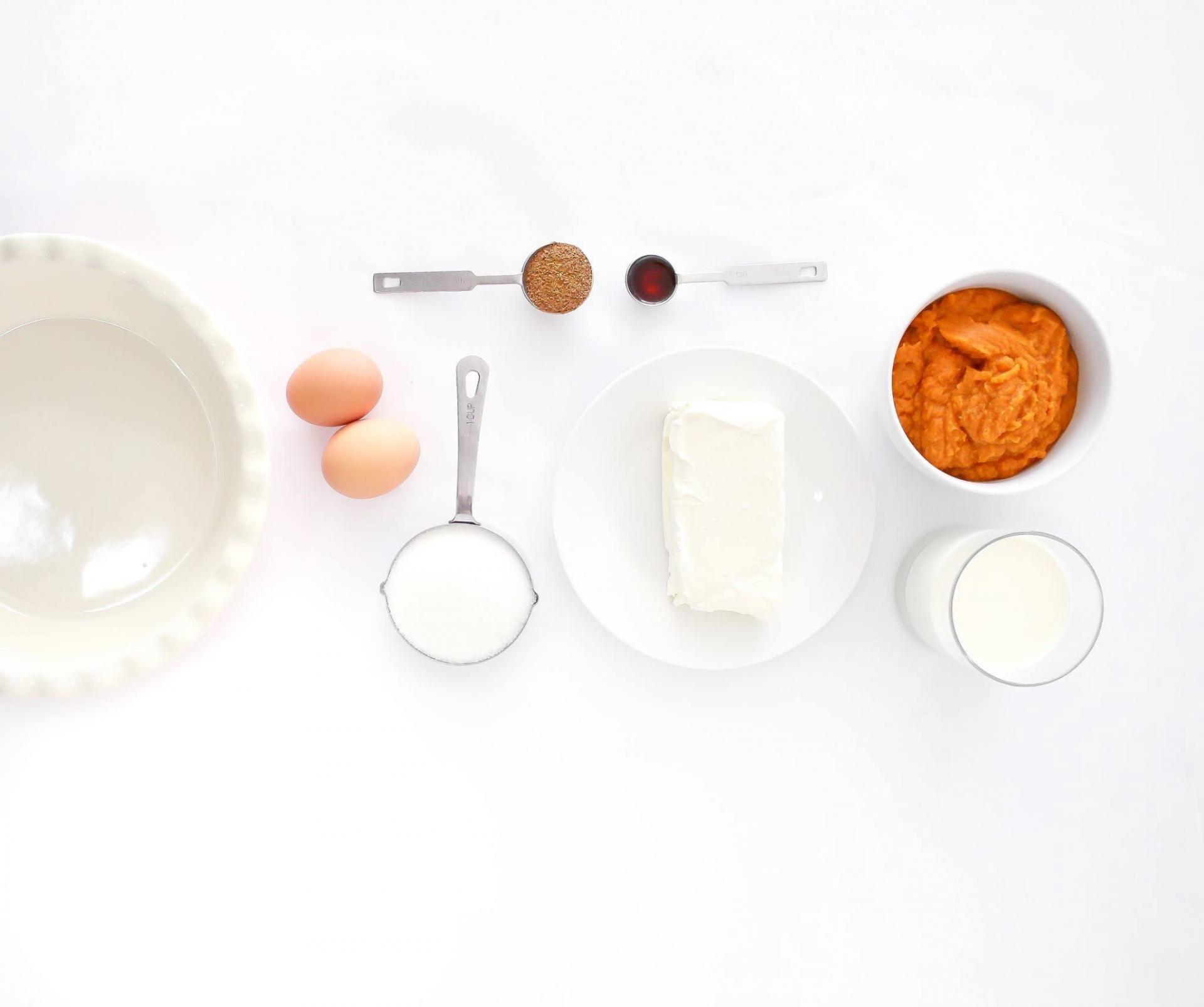 There’s nothing more comforting and transportable than a hand pie. Especially a homemade hand pie. Hand pies are buttery, flakey and easily sharable. These pumpkin hand pies have a pumpkin spice glaze on top and go perfectly with a few scoops of vanilla goat milk ice cream. They’re basically like sweet empanadas with a fall touch.

Since we love coconut milk, we’re going to share our favorite way to incorporate this sweet non-dairy milk into your pumpkin pie. This orange spice coconut pumpkin pie will keep all of your relatives on their toes when it comes to Thanksgiving. This recipe calls for full-fat coconut milk and coconut cream so you won’t have to worry about excluding your vegan friends. 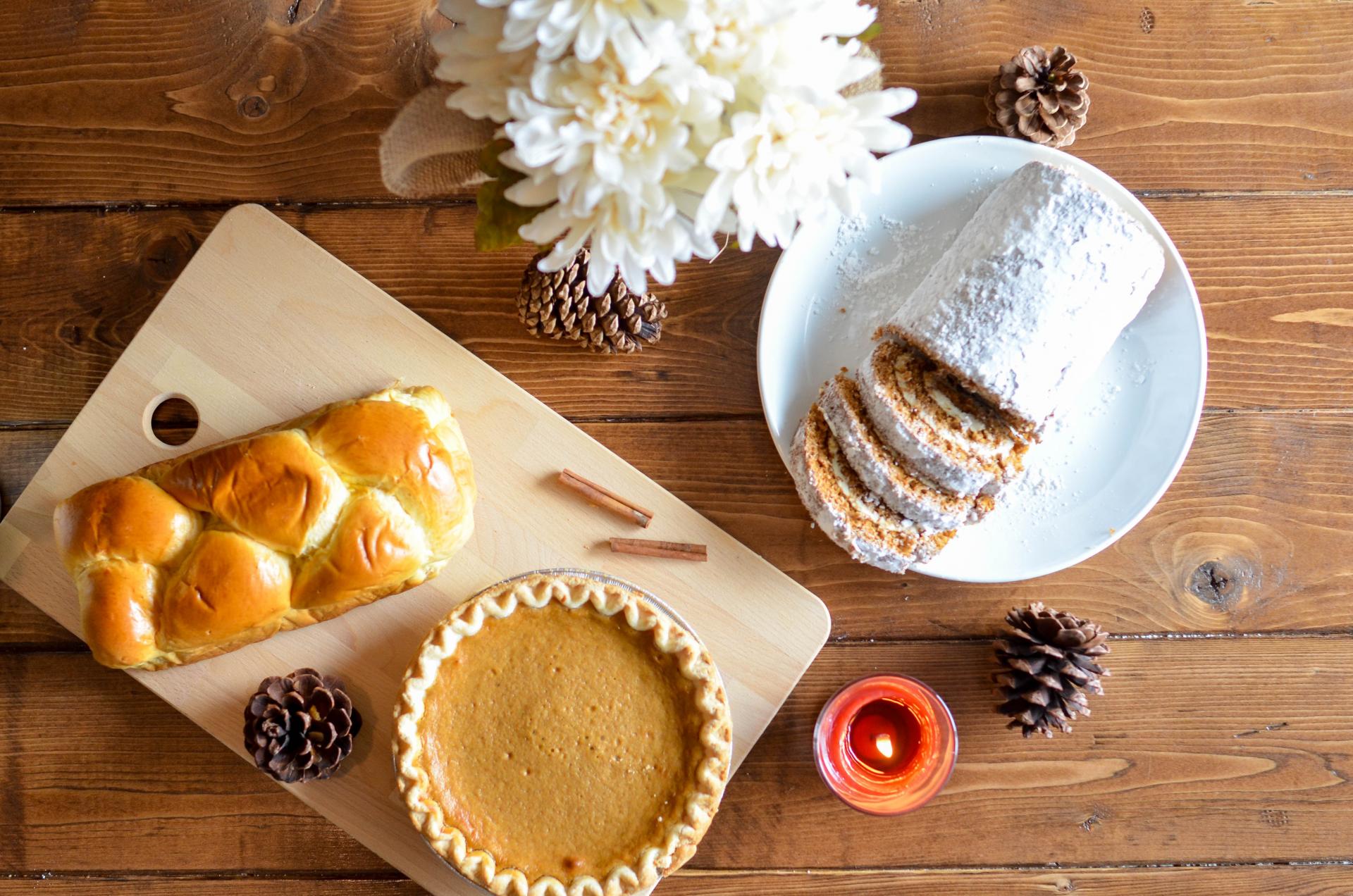 If you’re into chai lattes, give this pie recipe a shot. For this chai masala pumpkin pie, you need the regular pumpkin pie spices like cinnamon, ginger and cloves, but then you’ll also need cardamom and ground black pepper. To make the pie extra creamy, there’s a little bit of crème fraîche and heavy cream, plus some maple syrup for sweetness.

For our brown spirit lovers out there who can’t stay away from the stuff, this pie is for you. Here’s a bourbon pumpkin pie that calls for a little sour cream and heavy cream along with the bourbon, cinnamon, ginger and allspice. You might not get a buzz off of this pie, but you’ll get those oaky caramel notes even after it’s baked.

Since ricotta can do no wrong, here’s a ricotta pumpkin pie that’ll get all of your cheesecake-loving friends and family excited. Compared to other pumpkin pie recipes, this one is minimalist with only four ingredients: pumpkin, ricotta, evaporated milk and eggs. If you wanted to add your own twist to this cheesy pumpkin pie, the classic cinnamon, clove, nutmeg trio would be a welcomed addition.

How To Make The Easiest Chocolate Pie Four Different Ways

We’ve Got You Covered With These Pumpkin-Inspired Fall Foods