These Are The Top 10 Food Trends For 2019, According To Whole Foods 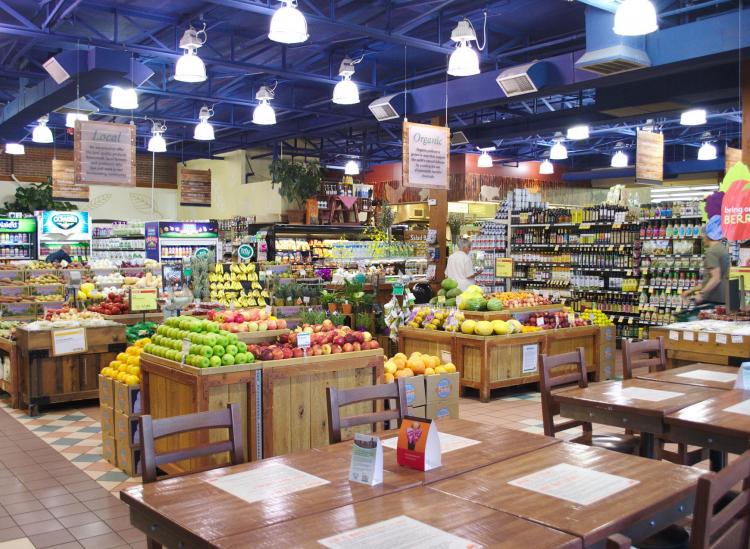 Every year for the past four years, Whole Foods has gathered a panel of experts and major foodies to determine what foods will be trending in the new year both on their own shelves and in the food world as a whole. The panel consists of 26 experts who range from master sommelier to global meat and beverage buyer to an internal medicine physician. Some of these experts even used to work in physical Whole Foods stores. On Thursday, November 15, 2018, the panel revealed the most “anticipated and innovative food trends” for 2019. Here are the top ten trends that foodies can expect to see in 2019. 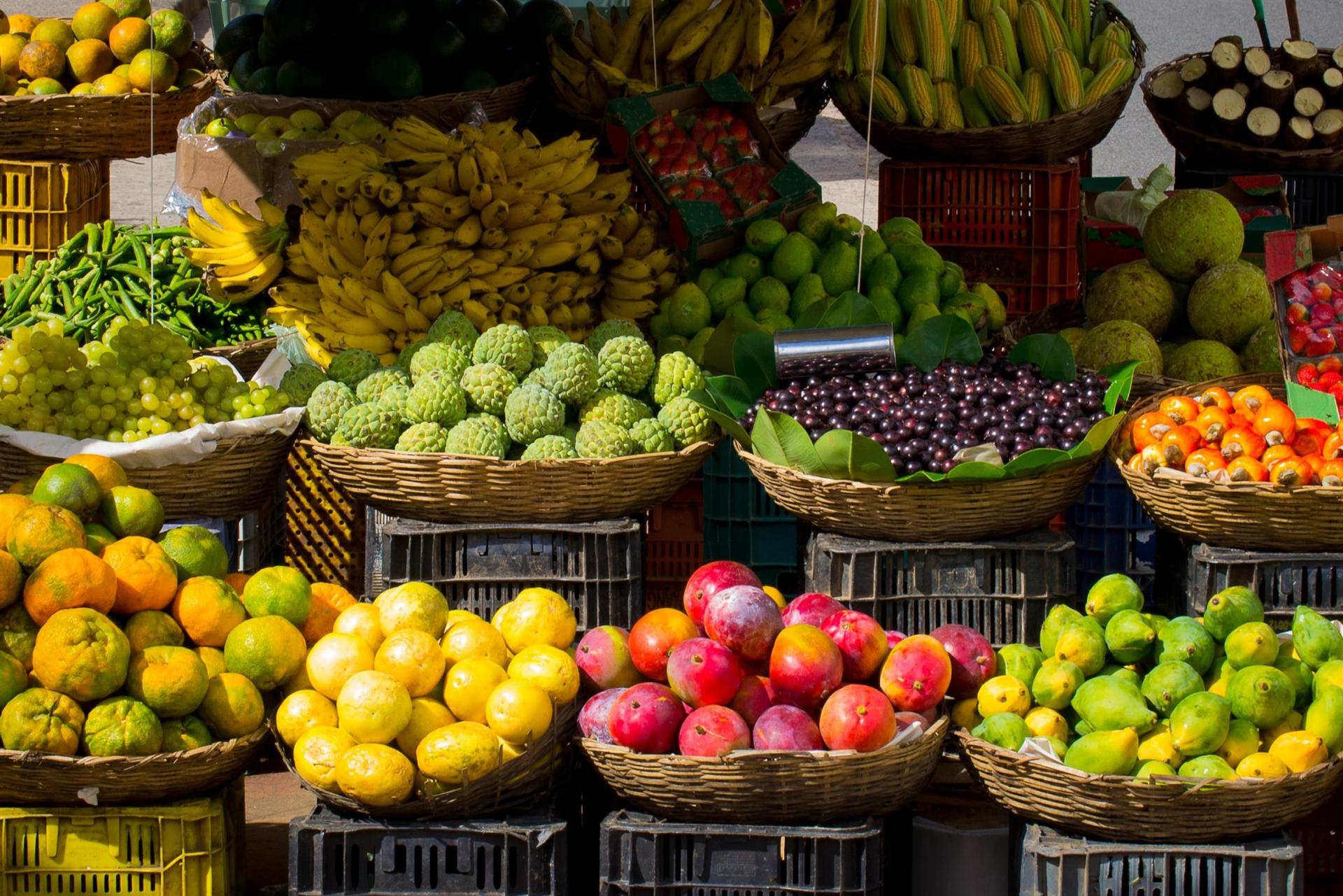 Americans are getting a little adventurous when it comes to trying international cuisines and different flavors. Whole Foods predicts that this trend will continue throughout 2019 with the increase in popularity of Pacific Rim flavors inspired by traditional cuisines in Asia, Oceania and the western coasts of North and South America. Tropical fruits like guava, dragon fruit and passionfruit will keep making their way into smoothies and cocktails while others like jackfruit will increasingly be used as meat alternatives in some plant-based dishes. You can also expect to find an abundance of limited-edition Whole Foods products inspired by Pacific Rim fruits. These will include guava tropical vinaigrette, pineapple passionfruit sparkling mineral water, mango pudding mix and passionfruit coconut frozen fruit bars. Sounds like a fruit fest! 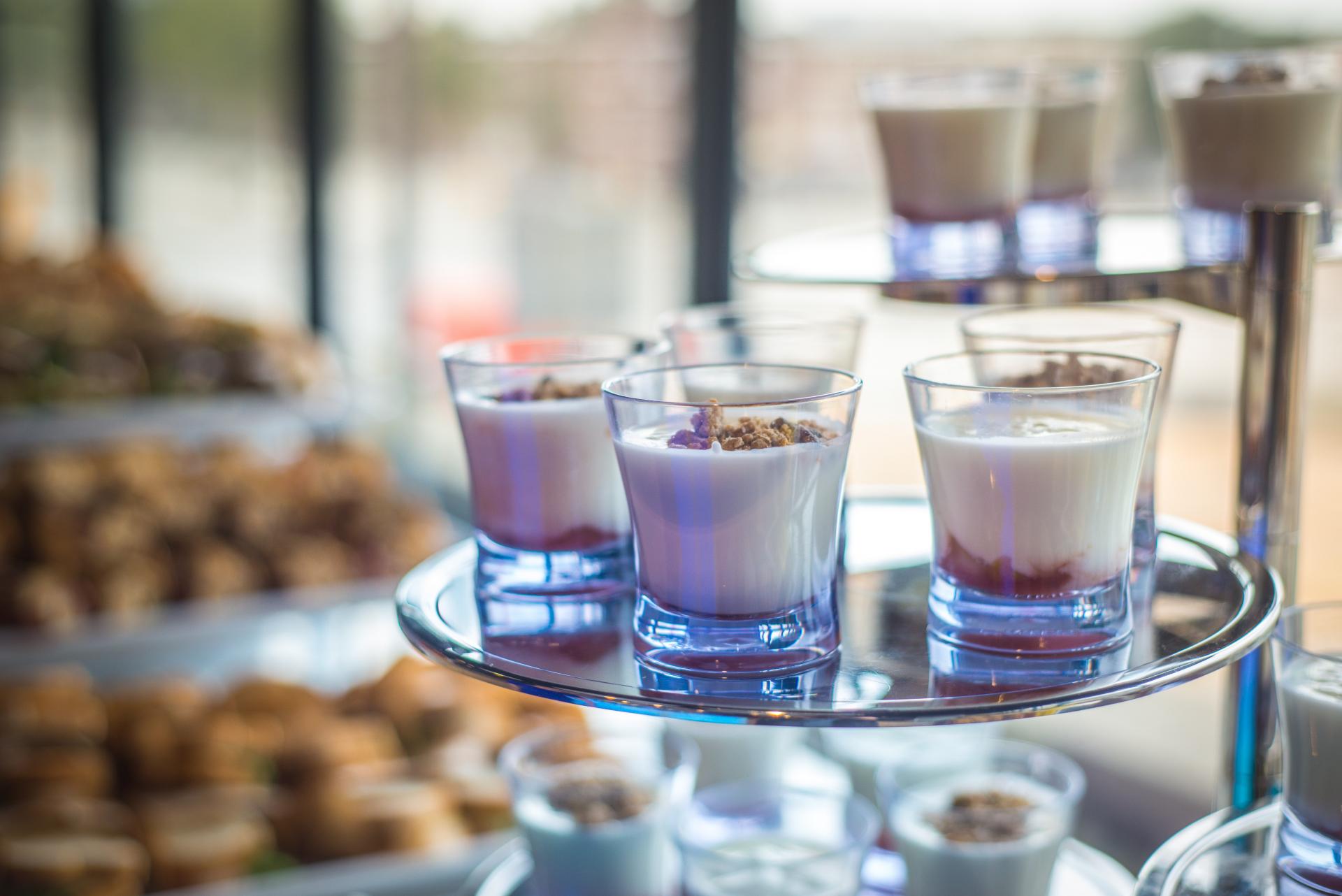 Probiotics have been a buzzword for quite some time now and for a good reason. These microorganisms have many health benefits. They help balance the friendly bacteria in your digestive system, they could help boost your immune system and even lower your LDL (“bad”) cholesterol. Whole Foods predicts that probiotics will continue to be a trend well into 2019, partially because they will likely be integrated into more foods like granola, oatmeal, nut butter, soups and nutrition bars. That’s because new strains of probiotics like Bacillus coagulans GBI-30 and Bacillus coagulans MTCC 5856 will make it increasingly possible for this healthy bacteria to be introduced into non-refrigerated shelf foods. 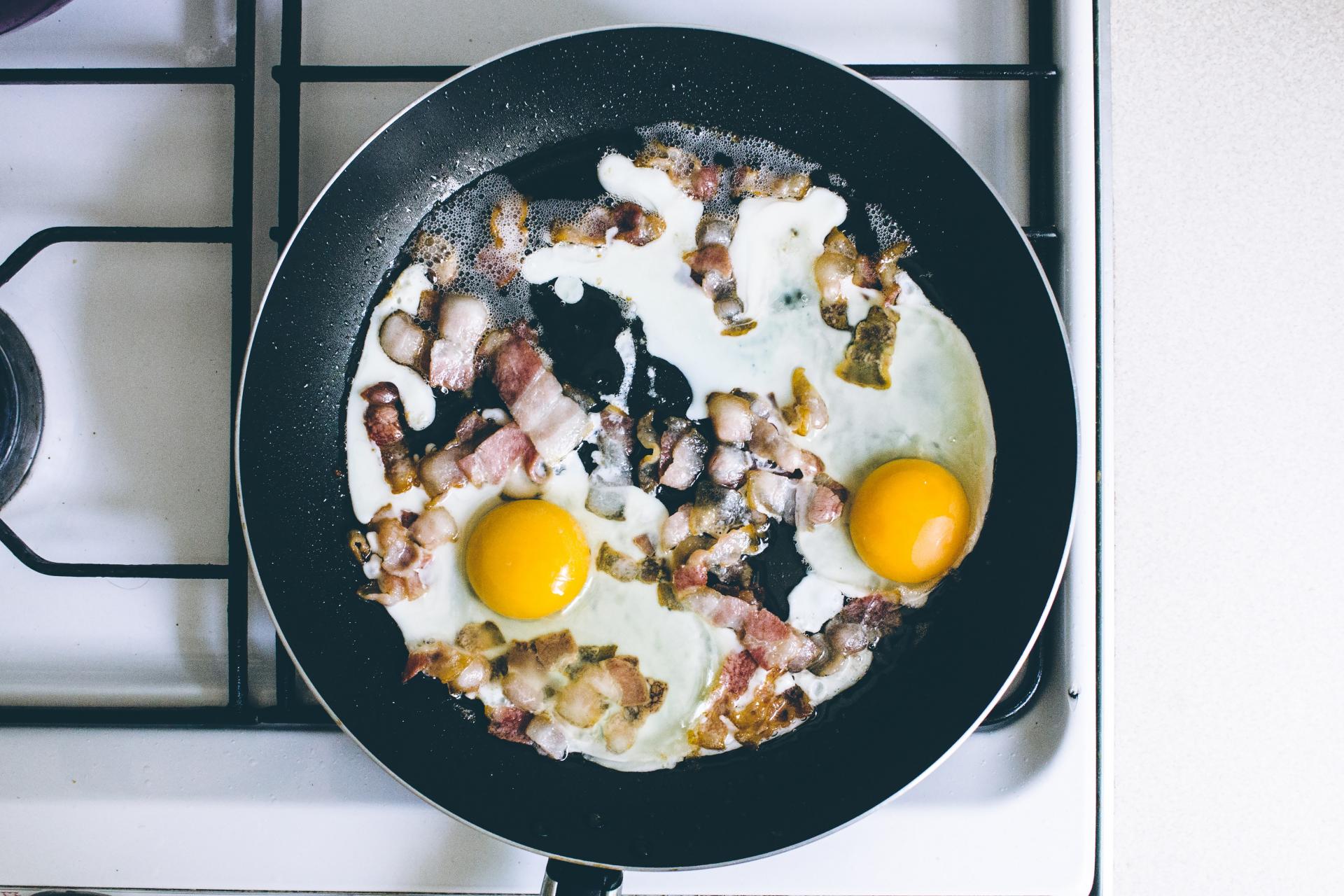 Gone are the days when fat-free was synonymous with healthy. Based on the growing popularity of the high-fat, moderate-protein, low-carb keto diet, fat is making a comeback. Whole Foods predicts that consumers will see a rise in higher-fat products across the board. The retailer predicts an increase in keto-friendly nutrition bars and “fat bomb” snacks. We can also expect to see more vegan coffee drinks, coconut-butter filled chocolates, popcorn made with grass-fed ghee and “chicken chips.” We’re intrigued. 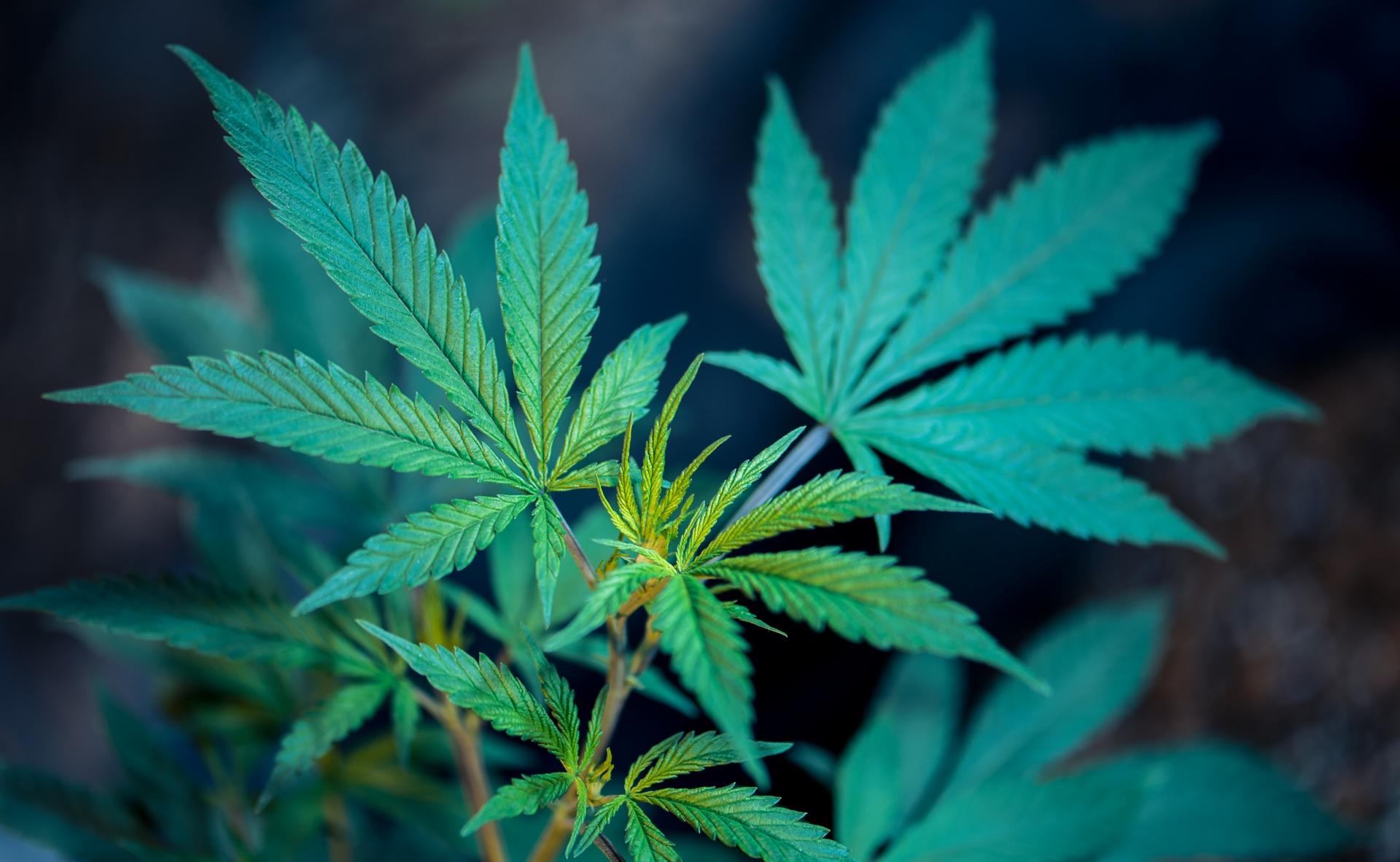 Weed is now legal for recreational use in nine states in America and nationwide in Canada. So it’s no surprise that the widespread interest in hemp and it’s potential health benefits is spreading to the food and beauty industries as well. Whole Foods predicts that hemp hearts, seeds and oils will become more mainstream in 2019. The retailer also predicts that interest will spread to other parts of the hemp plant like phytocannabinoids, for example, now that news of their potential neurological and immune-strengthening benefits is spreading like wildfire. 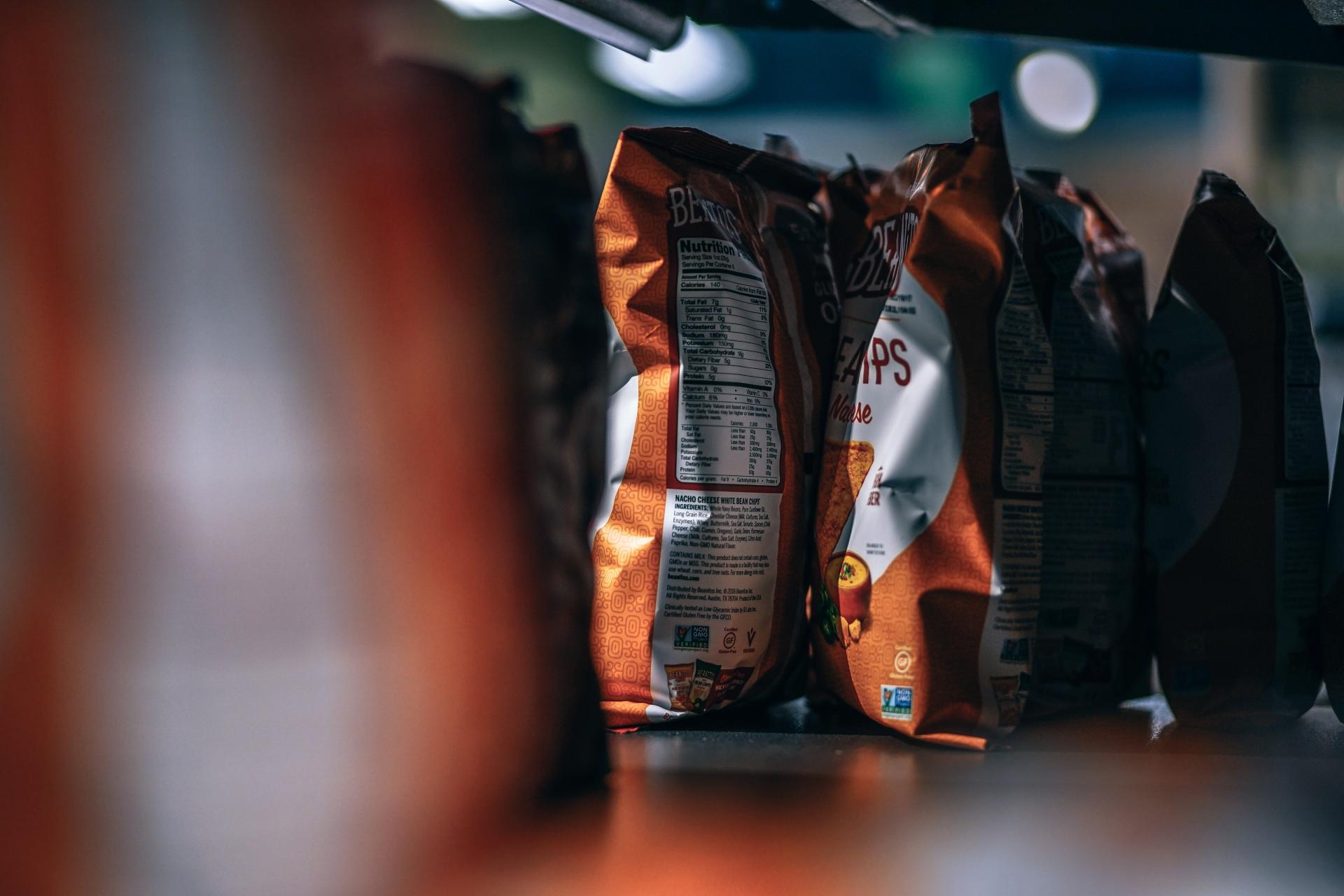 Whole Foods culinary experts noted that more of the population is choosing to eat plant-based snacks instead of classic meat products. Even consumers who don’t identify as vegetarians or vegans are choosing more plant-based snacks like meatless jerkies over the originals. Mushrooms, like the king trumpet variety, will play a key role in allowing classically meat-based snacks like pork rinds to become meatless. If you’re a Whole Foods shopper in search of your next plant-based munchie item, look out for Pig Øut Pigless Bacon Chips and Snacklins Cracklins Without the Pork. Vegetarians can also add Quevos Egg White Chips to their snack list. 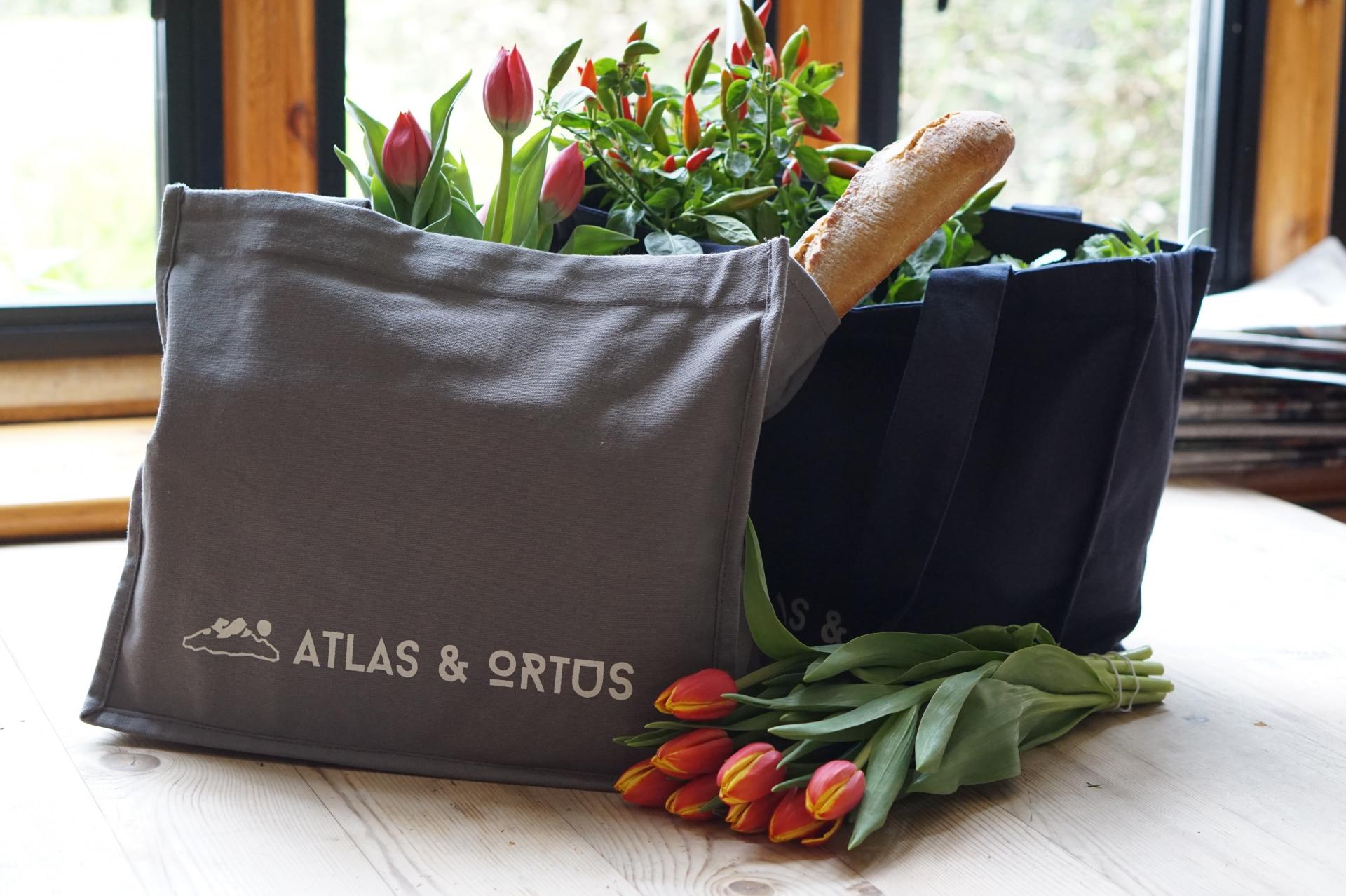 Whole Foods predicts that 2019 will bring a continuous shift towards more sustainable, compostable packaging. It forecasts that more grocery departments will become “BYOVB” (bring your own vegetable bag) and that traditional single-use packaging will increasingly become multi-use. Think food wraps made with beeswax and silicone alternatives to the usual plastic storage bags. 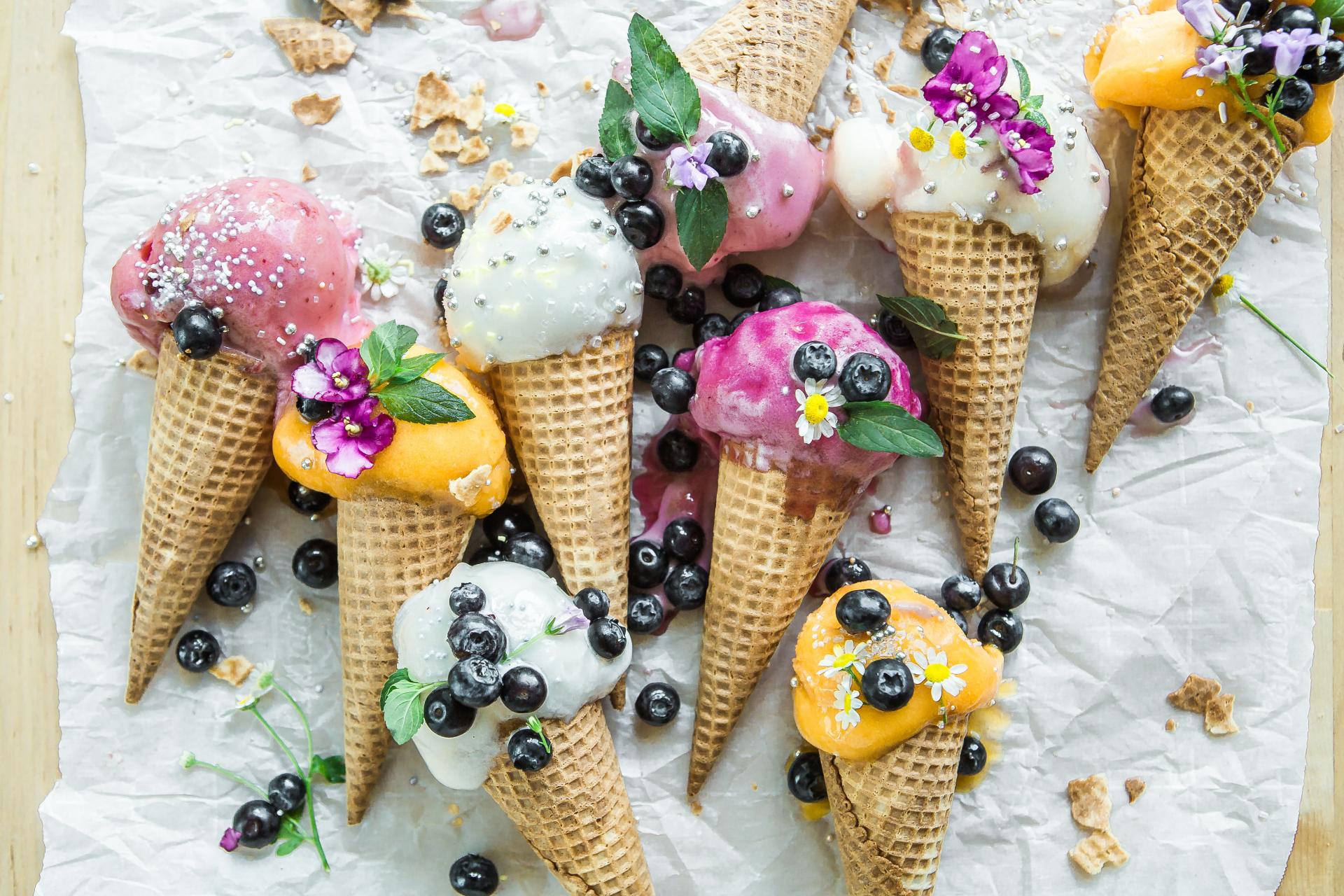 According to Whole Foods, in 2019 we can expect to see a shift in popularity from classic ice cream flavors like vanilla and chocolate to more eclectic ones like hummus, tahini and even ice cream with savory swirls of artisan cheese (yikes!). Globally-inspired frozen desserts like Turkish ice cream, Taiwanese snow ice and Mexican nieves de garrafa will also become more mainstream, according to the retailer. Thanks to the introduction of boozy varieties, gelato and popsicles will remain at the cool table. 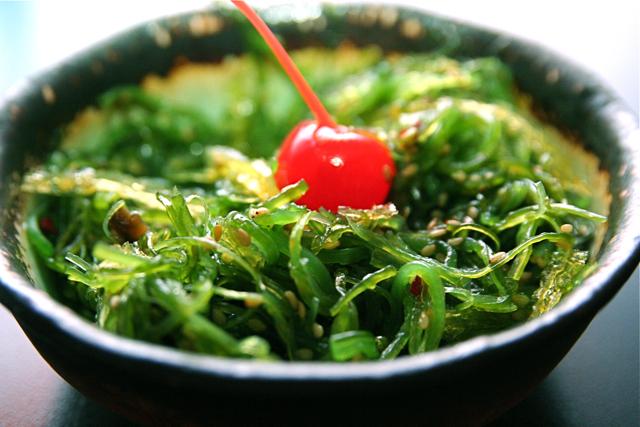 Health-conscious foodies everywhere are already obsessed with seaweed snacks, but Whole Foods predicts that more sea green-based snacks will hit the market in the new year. Don’t be surprised if you encounter the likes of seaweed butter, kelp noodles and kelp jerky as you stroll down the grocery aisle. Omega-3 rich crispy salmon skins will also likely make more of an appearance. 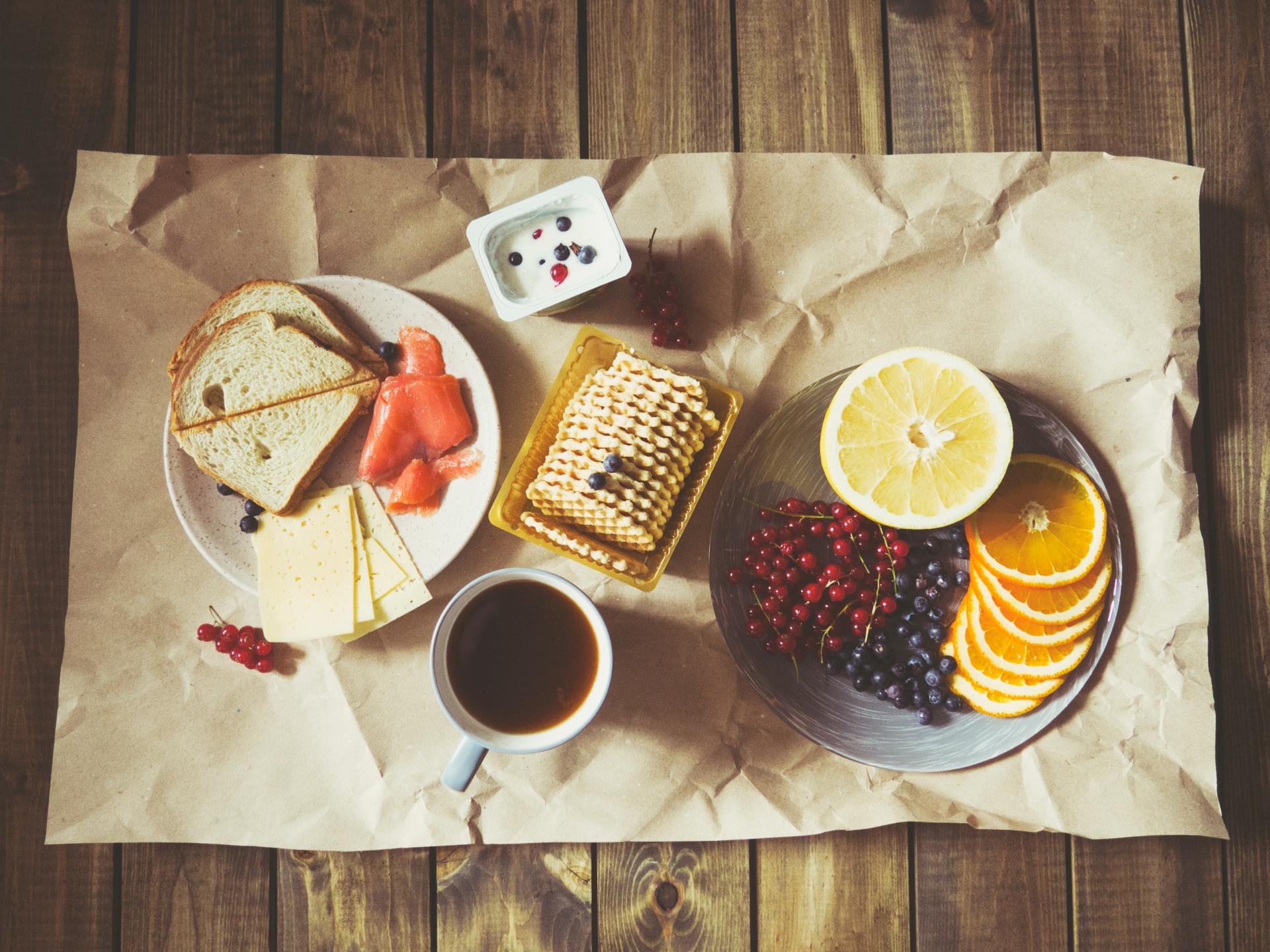 Cheetos will be taking a backseat with the rise in popularity of higher-quality snacks that mimic childhood staples but with better ingredients. Think artisanal versions of peanut butter cracker sandwiches and cheese boards for one — we’d like to get in on that trend! Old-school snacks like Rice Krispie Treats will get an upgrade with the introduction of gluten-free puffed rice treats made with organic sugar, the retailer predicts. 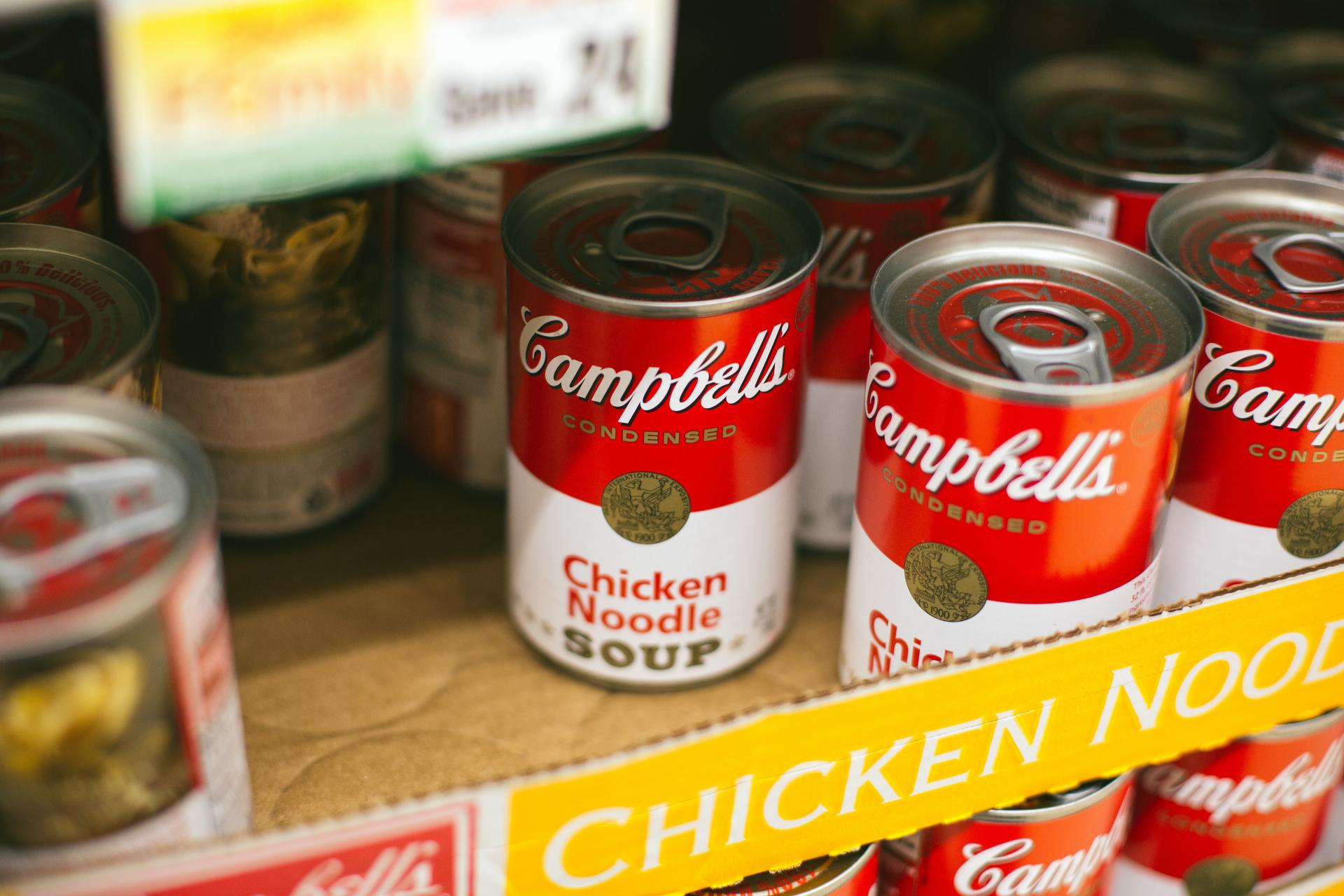 Whole Foods experts predict that come 2019 shoppers will remain loyal to certain retail brands that align with their personal values. Consumers will likely show increasing support for brands committed to environmental sustainability, animal welfare, women-owned businesses and farms and those who support charitable programs. More conscious consumers? We can get on board with that.

These Are The Best Food Shows On Netflix