If You Want To See Your Favorite Wild Animals, Travel To These Destinations 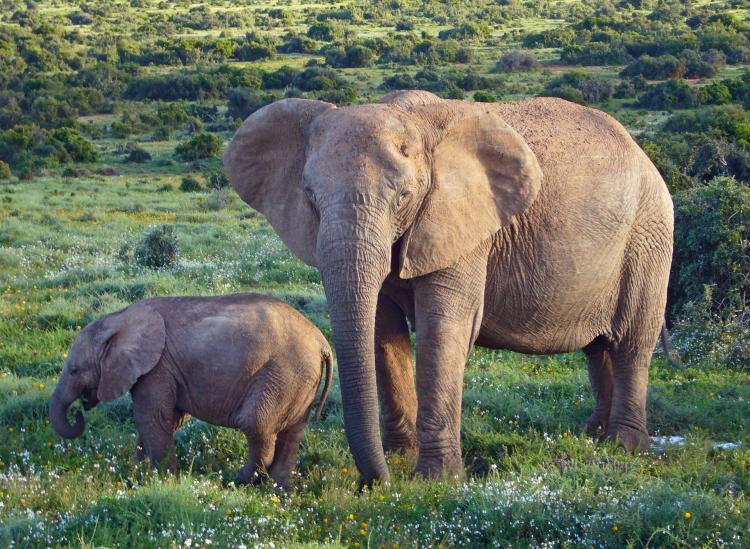 Sure, zoos are fun when you’re a kid, but once you’re old enough to learn about the not so great ways in which many zoos treat their animals, you become less interested in going (at least, we did). So what should you do if you still want to get your animal fix from somewhere other than your TV screen? Visit the animals in their natural habitat, of course. Okay, this is easier said than done, but you should at least know where your fave wild animals are hiding out in the wild. Here are the best destinations to visit if you want to see one of these six iconic wild animals.

If you’re fascinated by prehistoric, long-living, giant turtles, your best bet is to head to the Galápagos Islands, an island chain located west of Ecuador in the Pacific Ocean. Here you’ll meet the Galápagos Tortoise, a giant turtle species that can grow to be up to 5.9 feet long and weigh up to 881 pounds. The Santa Cruz highlands and Alcedo Volcano on Isabela Island (the largest island in the Galápagos) have the largest populations of giant tortoises, so you’ll want to go there to increase your chances of spotting one.

Okay, it’s no surprise that Antarctica is the place to go if you’re looking to see these waddling creatures in their natural habitat. Unfortunately, not everyone has time to make the long trip to this region. That’s why you should know that you can also spot penguins much closer to home, namely in Argentina. If you head to Ushuaia, Argentina (the southernmost city in the world) sometime between the months of November and March, you’ll have a good chance of coming face to face with a Macaroni penguin. These funny creatures are known for the characteristic yellow plumage on their heads.

Did you know that gorillas share more than 98 percent of our genetic code? All the more reason to be fascinated by them (says the narcissist). There are different species of gorillas and depending on which species you’re looking to spot, you’ll want to head to different locations in Central Africa. If you want to hang around the majestic Grauer’s gorilla (the biggest gorilla subspecies in the world) head to the Democratic Republic of Congo because that’s the only place where they can still be found in the wild. If you want to see the Western Lowland gorilla, on the other hand, you’ll be able to find them in a few locations in Central Africa — most notably in Cameroon, Gabon and the Central African Republic, as well as the Democratic Republic of Congo.

India is home to 70 percent of the world’s wild tiger population. The country has 1,400 big cats spread out across more than 40 national parks. If you want to up your chance of spotting one of these beautiful creatures when visiting India, visit one of these spots:

If you’re dreaming of being BFFs with a giant panda, first of don’t — sure, giant pandas are cute, but they’re still bears and they can get aggressive if they feel threatened by a human who’s trying to cuddle them (i.e. you). If you do want to see a giant panda in its natural habitat, however, your best bet is to head to central China. We recommend checking out the Dujiangyan Panda Base, Wolong Nature Reserve and Bifengxia Giant Panda Base for the best giant panda-spotting opportunities.

Botswana, a country in Southern Africa, has one of the largest elephant populations in all of the world. Here you’ll find over 130,000 elephants roaming freely, a true spectacle that’s worth the long plane ride and ticket if you’re really passionate about these gentle giants.