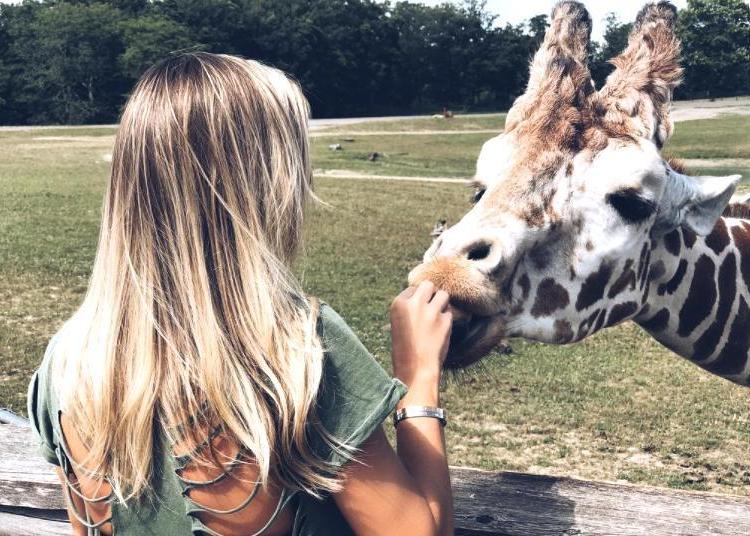 If a plane ticket to the Serengeti is a little out of your budget right now, exotic wildlife refuges at home in the U.S. can satisfy your wildest dreams until you make it to Africa. These four safaris let you get up close and personal with animals, something you can’t even do in the real savannah.

Lion Country Safari features more than 900 animals, including the king of the jungle. You’ll also get the chance to see monkeys, giraffes, alpacas and a sloth. The warm Florida weather mimics the South African climate where most of the animals come from, but you can choose to walk or drive through the park if the heat gets to be too much.

Zebras have always been my fav animal. I find their contrast coloring fasinating and the fact that no two zebras can have the same stripes…just like how no two humans can have the same finger print amazes me. I was almost in tears being this close to this beautiful creature..after this pic she actually looked directly at me for a good 20 second! Fun fact: Zebras are black with white stripes #nowyouknow 🐾 —————————————————— If you're in #Ohio don't you dare miss out on a day at #thewilds. It's the largest conservation park in North America at 10,000 acres. Make sure to take the #safari tour to explore the property. You'll get up close with #zebras, cheetahs 🐆 giraffes, rhinos 🦏, camels 🐪, and other rare and endangered #animals. Say hi to the painted dogs for me! 🐕🐶 #theylooknicebuttheyarevicious

The Wild’s has 9,000 acres for its rare animals to roam. You’ll probably forget you’re in the Midwest; the Ohio location feels like you’re on an entirely different continent.

Known as the Sonoma Serengeti, Safari West is located in California’s wine country. There are 400 acres with 900 animals to see on a two-hour Jeep ride. The tour is best followed by a glass of Sonoma Valley wine when you get back into town after your day trip in the savannah.