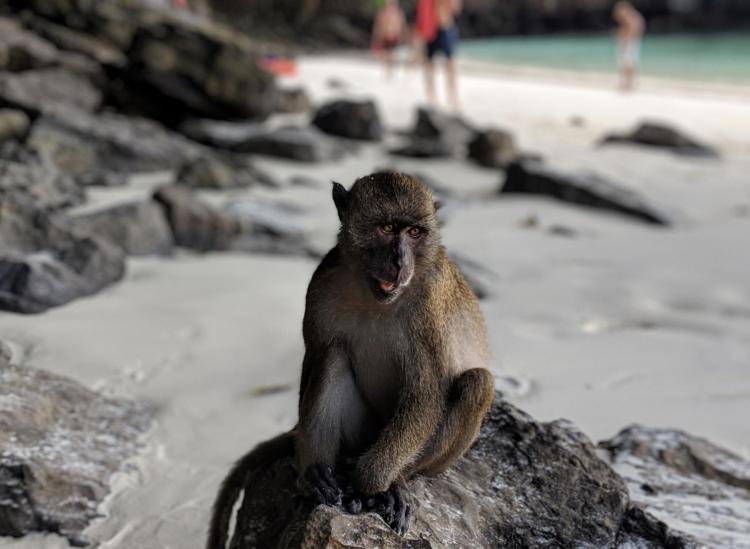 Koh Phi Phi is one of the most beloved islands in Thailand. But now that the famed Maya Bay is closed to tourists, you can focus on the beach with the best wildlife opportunities: Monkey Beach.

Monkey Beach is exactly what it sounds like. It’s a beach full of monkeys. And we’re talking about wild monkeys — not tamed monkeys that someone is touting around a tourist-filled beach and offering photos for a small fee.

Hanging With The Monkeys 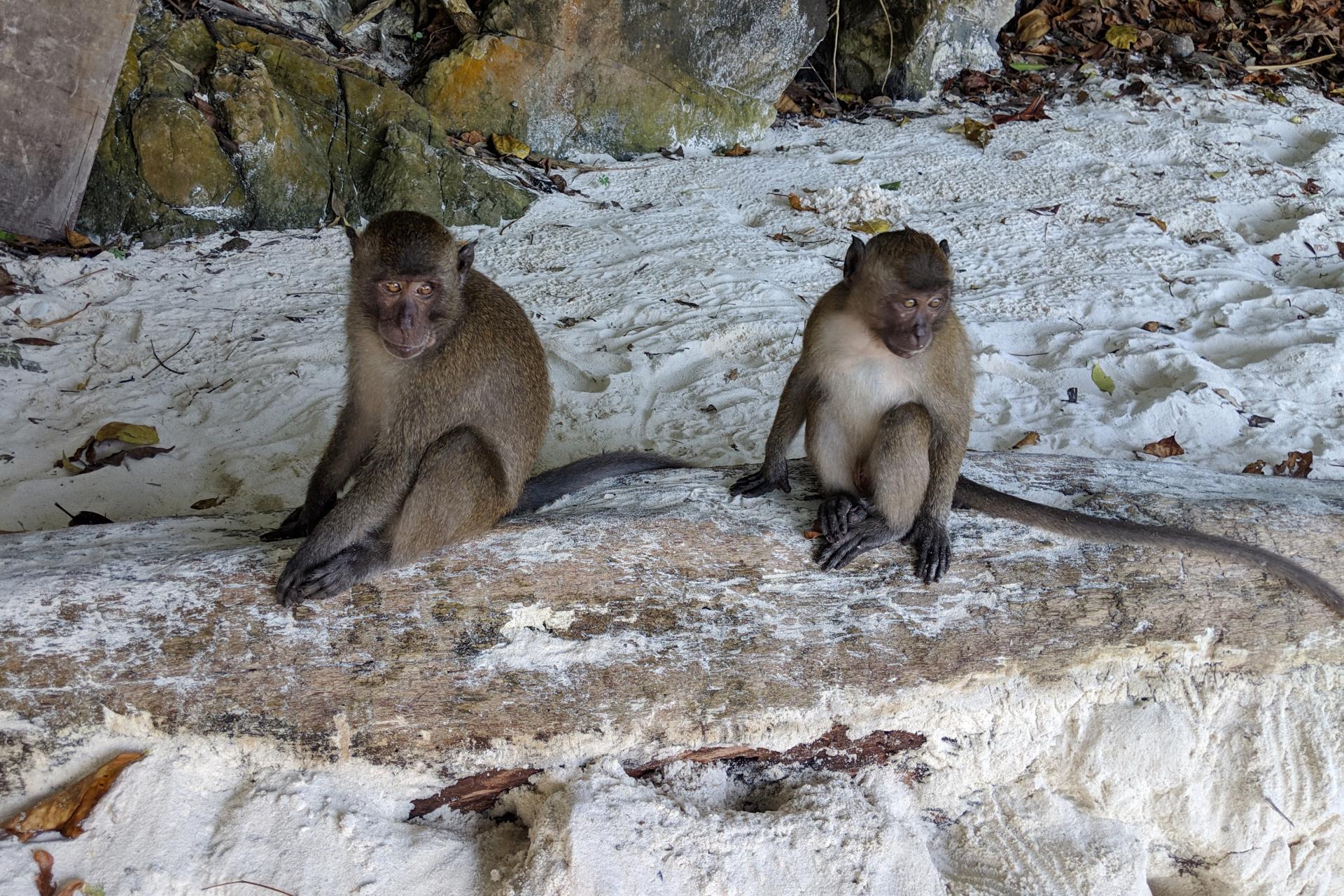 You can meet plenty of monkeys on Monkey Beach, animals that are totally used to seeing humans on their sandy turf. These wild guys and gals live in the jungle behind the beautiful blue bay and often emerge from the trees to inspect visitors, take a dip in the water or a nap on the rocks.

The best time to interact with the monkeys is in between the guided tours that travel to the bay. The animals will be a little calmer since the tour guides offering monkey snacks will be gone and the feeding frenzy will be over. So you can seize your chance to hang with some monkeys and get a nice selfie with a monkey behind you chilling on the beach.

Getting To Monkey Beach 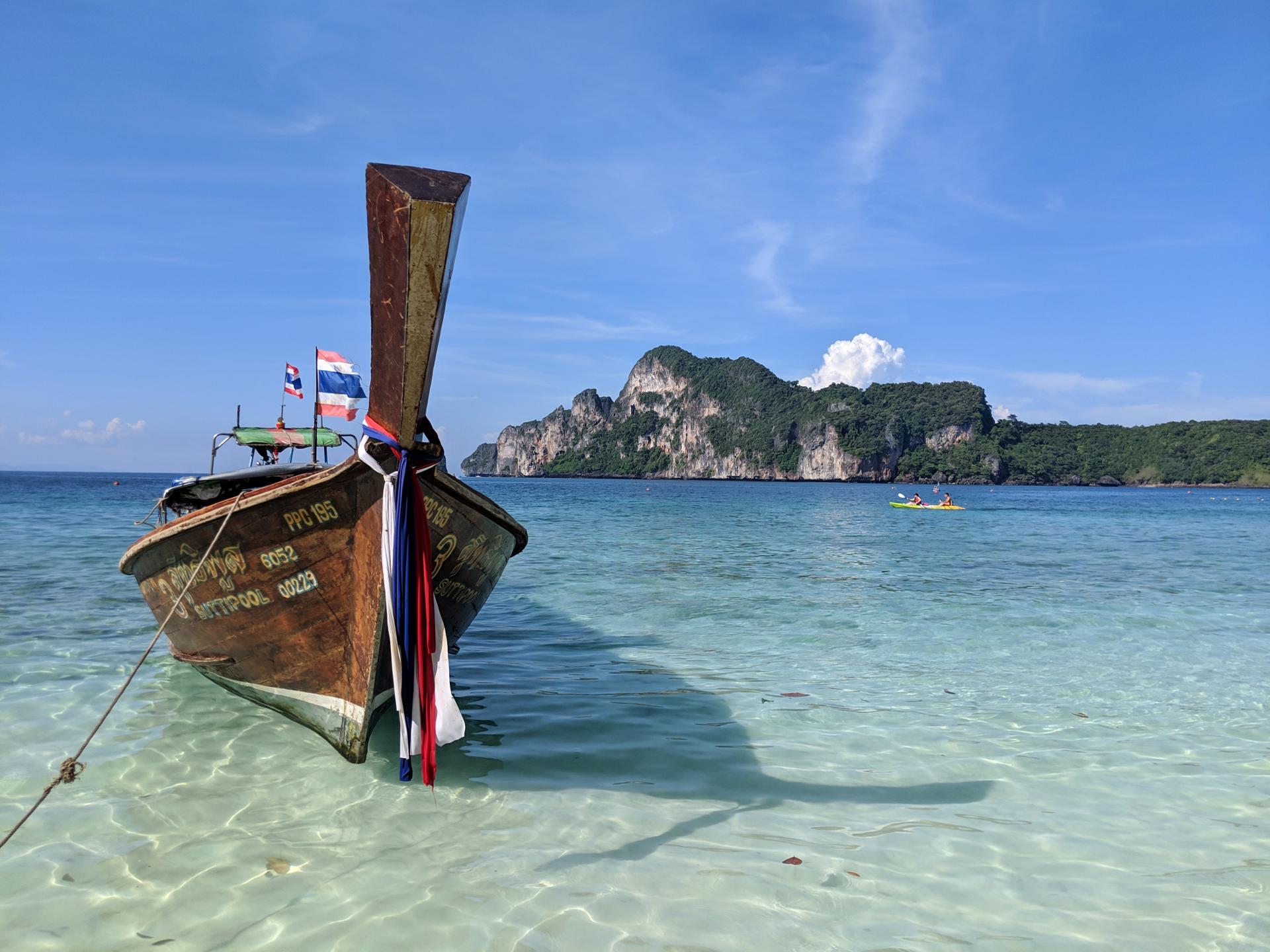 Monkey Beach, Ao Ling in Thai, is tucked in a small cove around the island from popular Loh Dalam Bay. You can join a guided tour (usually they visit Monkey Beach, as well as other selected spots on the island), hire a long-tail boat or rent a kayak. We suggest renting a kayak for a seafaring adventure, as well as using a more green option than the polluting long-tail boats.

You’ll need about a half an hour to paddle from Loh Dalam Bay (or less, if you’re an experienced paddler or have arms of steel) and the same amount of time to return with your boat. 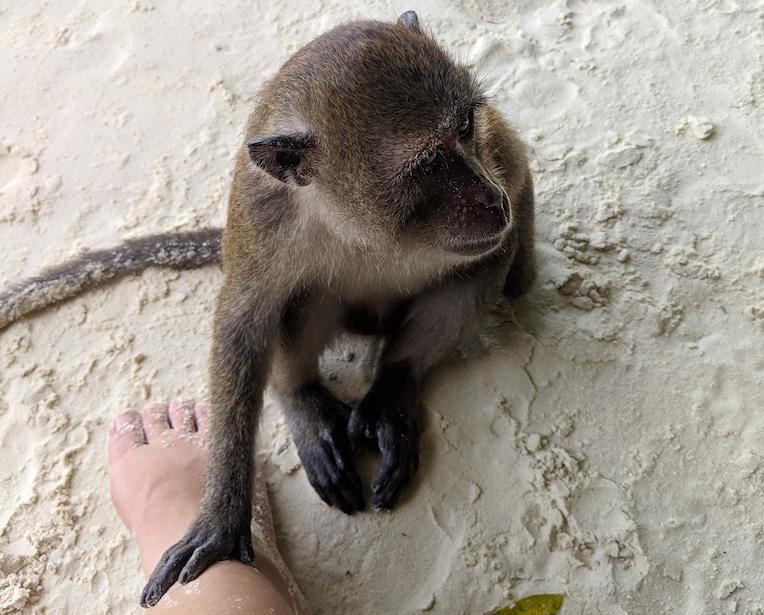 The monkeys will try to steal and eat anything you leave that’s not strapped down. So if you kayak to the island and wander around to see the little creatures, don’t leave anything loose in your boat. A monkey will try to devour it.

But as much as it sounds fun to bring treats for the monkeys to intentionally devour, don’t feed the monkeys. That makes them more aggressive and more likely to attack humans that they think might have food, even if those humans are actually empty-handed.

Yes, it’s true. These cute primates aren’t always friendly — and they’re definitely not cuddly. Don’t pet the monkeys and don’t try to pick up a monkey. If a monkey does touch you (or try to climb you), try to stay calm and move away without panicking. These are wild animals. They’re unpredictable and untrained. They have been known to scratch or bite, especially if they’re teased or provoked. If you do have a bad encounter with a monkey, immediately go to one of the health clinics on the island and tell the doctor exactly what went down.

Everything You Need To Know About Island Hopping In Thailand

You Can Play With Hedgehogs At This Thailand Cafe For $5

Thailand’s Sticky Waterfalls Mean You Can Climb Straight Up