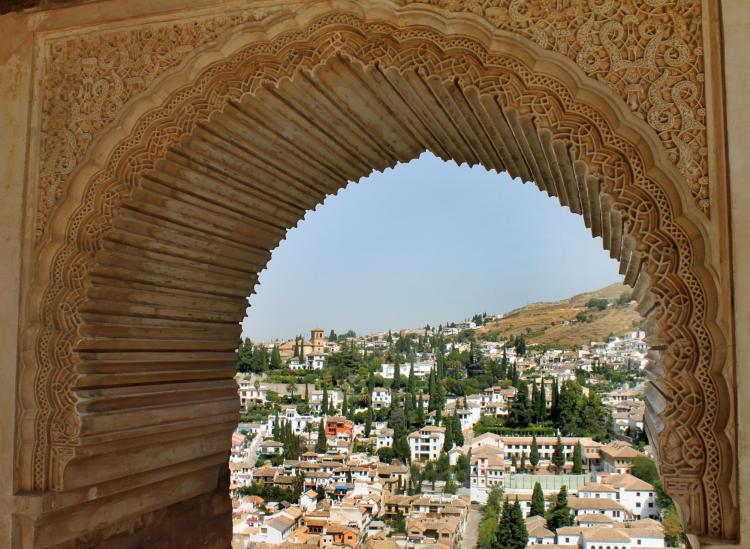 A trip to Granada, Spain means two things: beautiful sights and plenty of tapas. The city’s beautiful architecture, built up over centuries of transitions in cultural powers, will transport you back in time. And the food and wine will convince you to stay an extra day (or three) even after the sightseeing is over. 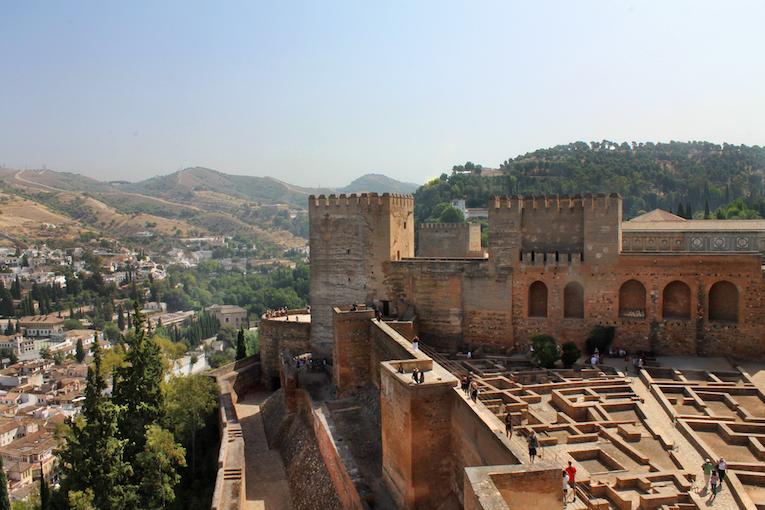 The main reason people come to Granada is to see the Alhambra. The Spanish palace dates back to the 1300s, with roots even farther back. And the stunning structure is completely covered in intricate carvings and has beautiful archways highlighting the unforgettable views.

You can easily spend an entire day at the Alhambra alone, but we think you’ll also want to wander around the town itself to see the other magnificent gardens outside the palace gates. 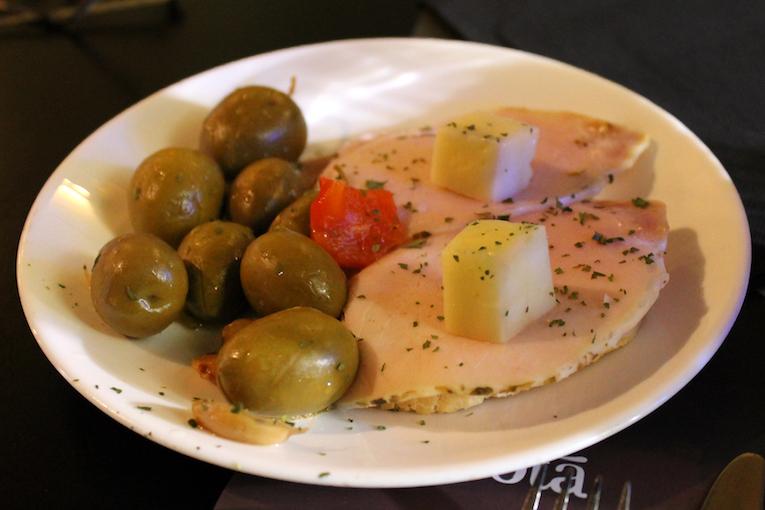 Like its neighbor to the north, Barcelona, Granada is a cafe kind of town. Tapa restaurants abound and you’ll see people sharing snack plates late into the night — with a glass of wine, of course. If you’re lucky enough to find an old-school-style tapas spot, you’ll get a dish for free with every drink you buy. That’s the tradition here, you order a glass of wine and the chef sends out a plate of accompanying tapas. If you order another round, you get another plate — usually of something else completely delicious. So heads up: Never ask for the tapas menu. That’ll point you out as a newbie to the tapas game.

Since chefs create a plate of tapas for every drink ordered at every table, you should expect to get something different every time you dine. But flavors will often include olive oil, chorizo, manchego cheese and fresh tomatoes. 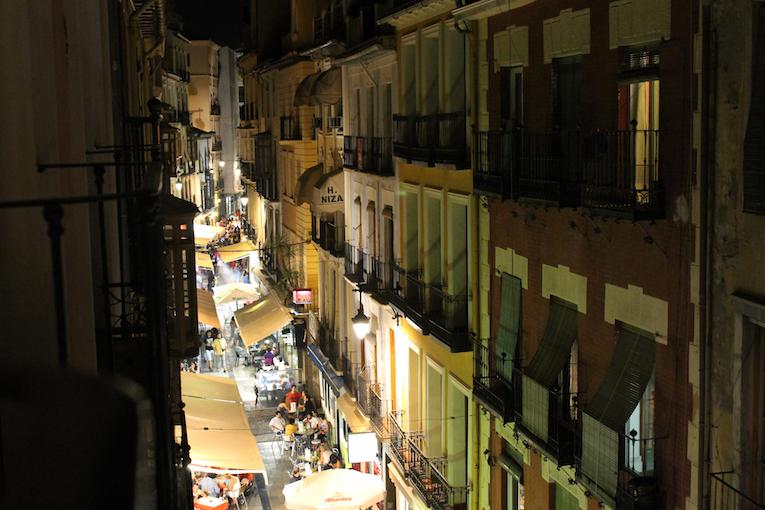 We love Granada because it’s the epitome of Southern Spanish charm and laid-back pacing. You can expect to order several glasses of wine each night, watch others wind down their days in the same way (alongside lots of tapas) and take long leisurely walks through cobblestoned streets.

And FYI, the classic Spanish siesta is often taken very seriously here. Many shops, restaurants and even some tourist attractions shut down here in the afternoons from 2 p.m. to 4 p.m. Traditionally, siesta means naptime. But you can use this window to picnic in one of the city’s wonderful parks or read a book under a shaded palm tree. (Fair warning: It’s extraordinarily hot in the summer.)

Why The Alhambra Palace Is Southern Spain’s Crown Jewel