Why The Alhambra Palace Is Southern Spain’s Crown Jewel 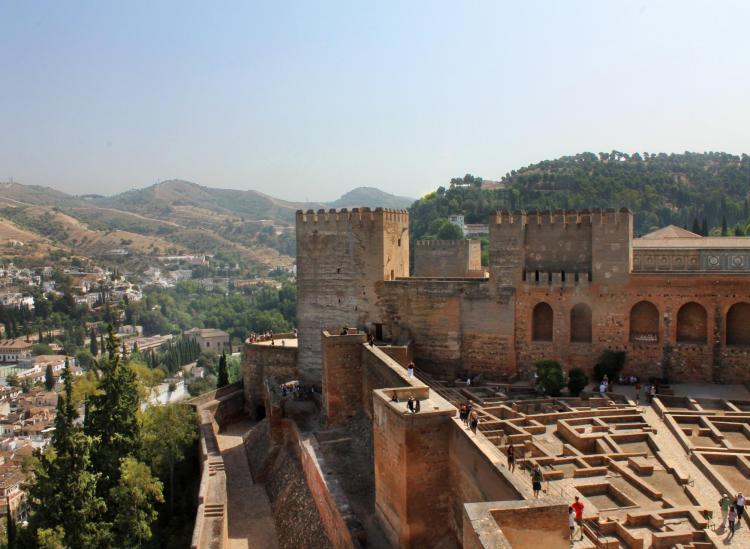 Spain’s sleepy southern city of Granada is home to one of the most unique and awe-inspiring palaces in Europe. The Alhambra is unlike any other European castle, with stunning architecture, lush gardens and sweeping Andalucian views.

Granada’s Alhambra is located in the foothills of the Sierra Nevada mountains, not far from the stunning Spanish Costa del Sol along the country’s southern Mediterranean coast. 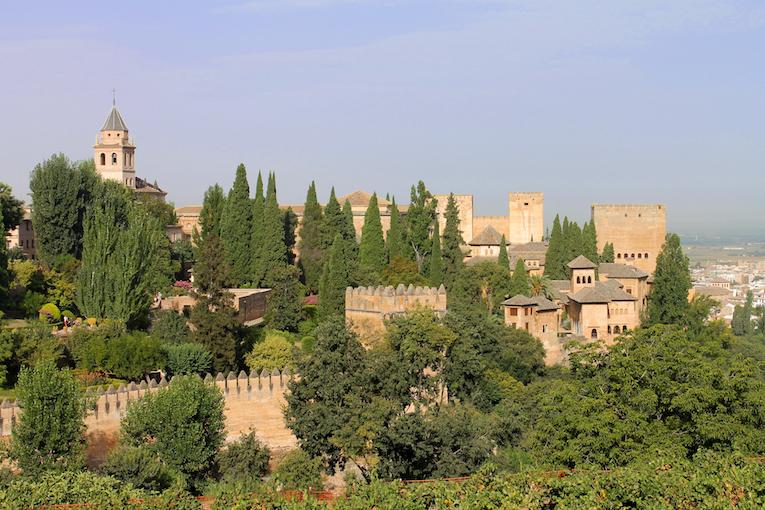 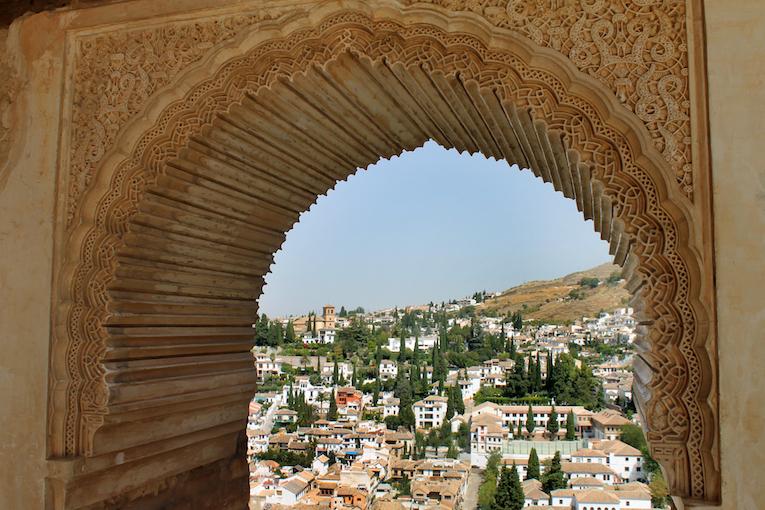 The most famous sites within the Alhambra include the Court of the Myrtles (a reflecting pond with a view of the fortress’ highest tower) and the Nasrid Palaces, with eye-catching carvings at all angles. In the Generalife and the Albaicín, get ready to wander for hours. You’ll want to peek around every corner. 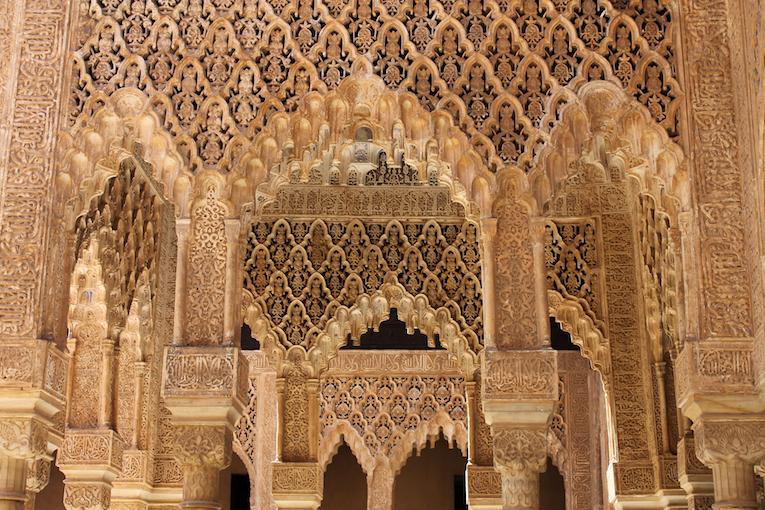 The architects who created the Alhambra designed the fort and palace so that every single inch of the place was decorated. You’ll notice intricate carvings on every surface, from the magnificent archways to the small doorways. Unlike many palaces in other parts of Europe, you won’t see statues of the ancient rulers or portraits painted onto the walls. Instead, you’ll see geometric and lyrical patterns. On certain displays, you’ll even see traditional Arabic scripts carving out religious and poetic lines. 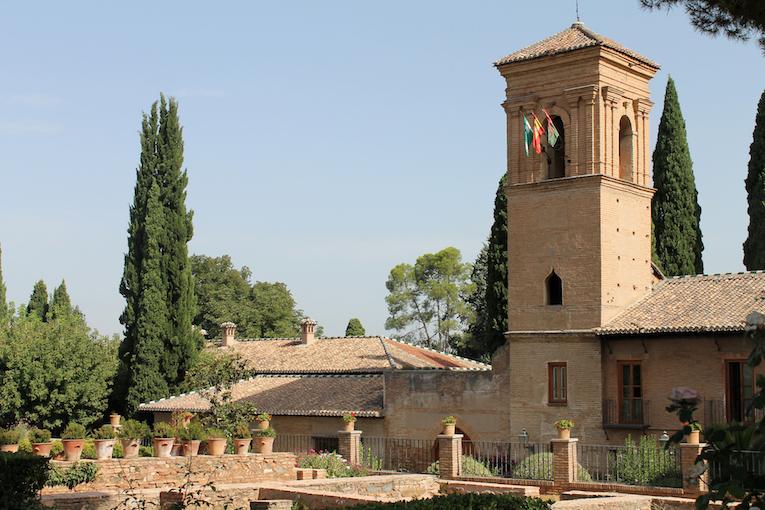 You could say the Alhambra has a rich history, but that wouldn’t even begin to cover it.

The first part of the Alhambra was built somewhere around the 9th century, called “the Red Castle” in Arabic. (Wondering why a palace in Spain was named in Arabic? That’s because that part of the world was controlled by various Islamic dynasties for hundreds of years between the 8th and 14th centuries.) The castle was added onto an existing fortress and evolved into an enormously exquisite palace by the end of the 1300s. At that point, the Alhambra was conquered by Ferdinand and Isabella of Spain, the same Ferdinand and Isabella who commissioned Christopher Columbus to sail to the New World.

And their daughter? Catherine of Aragon was the first wife of Henry VI, the one he literally broke the country in order to divorce and marry Anne Boleyn (who he then had executed). It’s a winding web of tales starting from the Alhambra and extending across Europe. 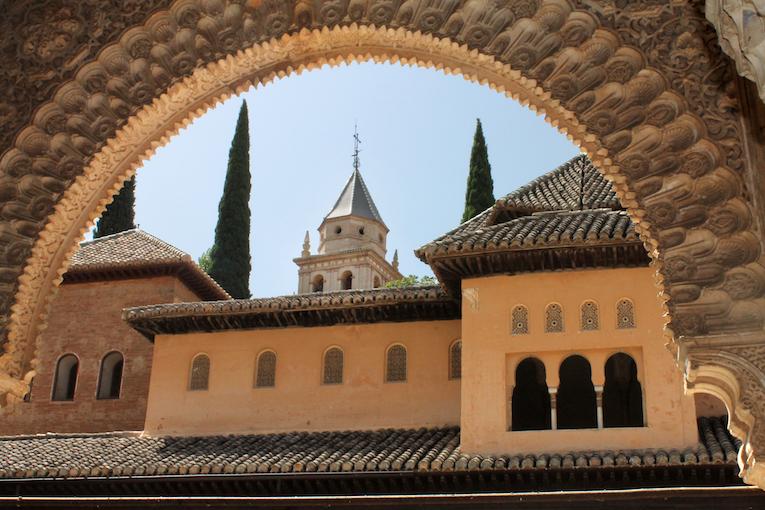 Time of day is crucial when getting your tickets to the Alhambra. You can visit during the day (watch out for the intense Spanish sun) or at sunset. But make sure to read the fine print on your ticket to know when you’ll be able to access the Nasrid Palaces. Your ticket is only good for that time. Pro tip: Book your ticket in advance. The Alhambra is incredibly popular so the slots often sell out. 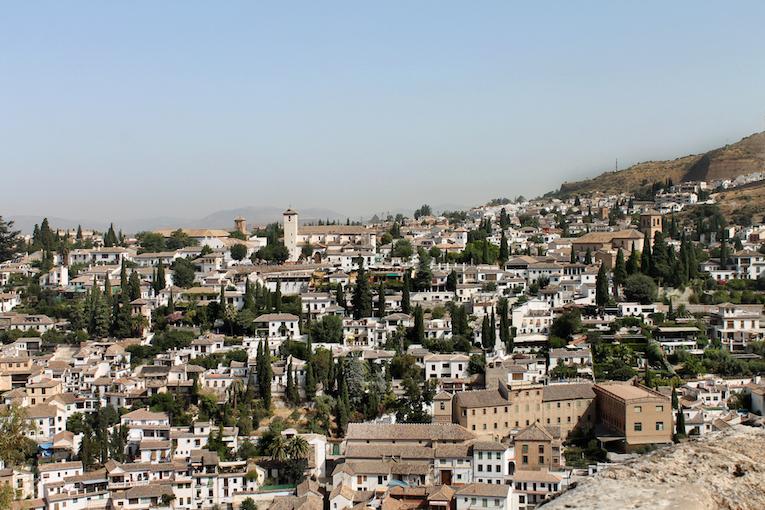 To get to the Alhambra, you can take a bus from the city center or walk. (Technically, you could also drive, but who wants to deal with the hassle of parking?). The bus is the C-line, so look for the C3 bus.

If you choose to walk, you have another set of choices in which path you take. The Alhambra website recommends taking the route starting from Plaza Nueva on the way up to the hilltop fortress and taking the Cuesta del Rey Chico on the way down. But walkers, beware: All you’ll be doing inside the Alhambra is walking more, so wear super comfy, super walkable shoes.

Yes, It’s Possible To Party In Ibiza On A Budget

This Bright Blue Village Is Called The Pearl Of Morocco