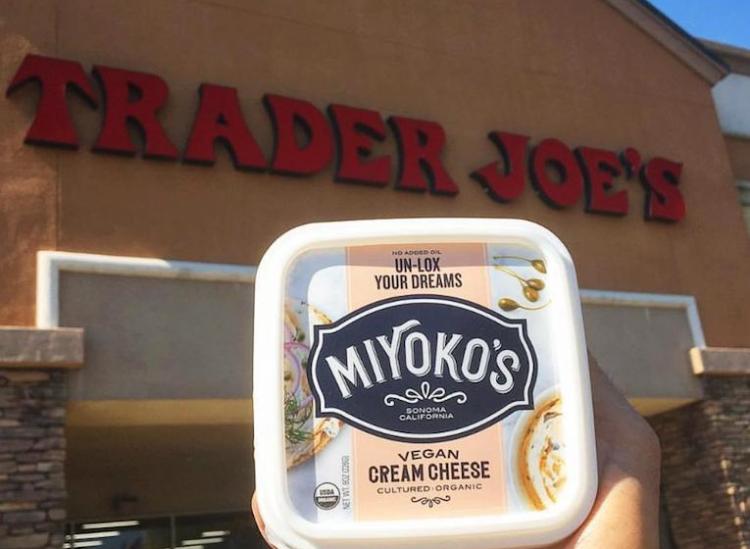 For anyone who struggles with dairy-related dietary restrictions but loves a good bagel and schmear just as much as the next person, you’re in luck. California-based vegan cheese brand Miyoko’s Kitchen has made its official debut at TJ’s in the form of an organic, cashew-based vegan lox spread.

Dubbed Un-Lox Your Dreams, the Philadelphia-style cream cheese uses plant-based ingredients like organic coconut cream, organic cashews, juice for color and seaweed, along with sea salt and spices. Miyoko’s vegan spread is rich, creamy and cultured, and it has just the right amount of seafood flavor that you’d want in a lox spread. Each 8-ounce tub is organic, non-GMO and free of cholesterol, lactose and soy.

Unlike other non-dairy spreads out there, Miyoko’s Kitchen uses traditional cultures and age-old cheesemaking techniques to make its cream cheese and other vegan products. Trader Joe’s also sells Miyoko’s cultured vegan butter for all of your toast and cooking needs. We’re thinking Tofutti might have some serious competition.

Road-Tripping? Fill Up The Car With These Cheap Trader Joe’s Snacks