8 Surprising Facts About Switzerland That Go Way Beyond Chocolate 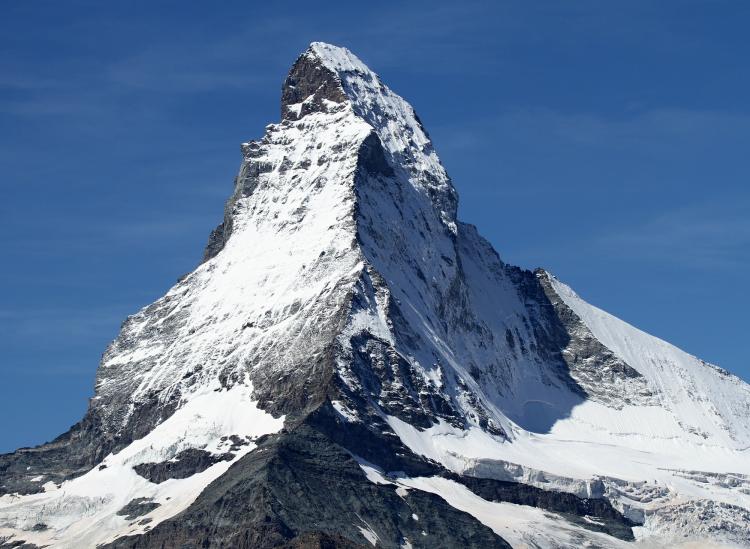 If you’ve never been to Switzerland, you probably think of it as a far off land that has lots of cows, chocolate and people yodeling. But Switzerland actually has a lot more to offer. We’re here to help you learn more about this far-off country with eight fun facts that’ll prove once and for all that Switzerland is a lot more than just snowy mountains and killer cheese fondue.

1. There are four official languages in Switzerland.

Unlike most countries, Switzerland doesn’t have a single official language. Instead, it has four: French, German, Italian and (to a lesser extent) Romansh. Each language is considered the main language in its respective region. For example, German is primarily spoken in the German part of Switzerland that includes Zurich and Bern, Switzerland’s capital. However, no matter what region they reside in, most children are taught to speak German, French Italian in elementary and high school. Because of different dialects and accents, the German, Italian and French in Switzerland is usually very different from what’s spoken in Germany, France Italy.

2. Switzerland has mandatory military service for all able-bodied male citizens.

Although Switzerland is neutral, it still invests a lot in its military. Switzerland requires all of its healthy male citizens 18 years of age and older to serve in the Swiss Armed Forces for a period of four months. Women are not required by law to join, but can volunteer. Once these four months of training are up, the cadets are allowed to go back to their regular citizen lives. However, they’re still required to complete refresher courses every year for three weeks.

3. Switzerland has one of the highest life expectancies in the world.

4. It’s the only country in the world that has a square flag.

Switzerland is the only sovereign state in the world with a square flag — between this and the neutrality, it clearly likes being the oddball. You’ll recognize the flag it kind of looks like an American Red Cross symbol. Who copied who?

Who’s surprised that the Swiss played a part in the invention of chocolate? It was two Swiss chocolatiers, Daniel Peter and Henri Nestlé, that created the first successful milk chocolate in the world. Nestlé invented powdered milk back in 1867 and then his neighbor, Peter, used that same powdered milk to invent milk chocolate in 1879 by mixing it with chocolate liquor. Thank you, Switzerland.

6. A Swiss also invented the wristwatch.

You probably already know that most of the world’s luxury watches are produced in Switzerland — we’re looking at you, Rolex! But you may not know that the first wristwatch was also invented in Switzerland in 1868 by a Swiss watch manufacturer named Patek Phillippe. It was designed for a Hungarian Countess.

7. Foreigners must live in Switzerland for at least 10 years before they can apply for citizenship.

If you don’t have Swiss parents or a Swiss spouse, you have to live in Switzerland for at least 10 years before you can apply to become a citizen. Unlike in the United States, babies born on Swiss soil don’t automatically get Swiss citizenship. There’s also this weird rule that says the child of an unmarried Swiss woman is automatically Swiss, but the child of an unmarried Swiss man will only get Swiss citizenship if the father acknowledges paternity before the child is of legal age (i.e. 18). Clearly proof that no country is perfect.

8. Switzerland has one of the highest rates of gun ownership, but one of the lowest crime rates in the world.

Switzerland hasn’t had a mass shooting since 2001 when a man stormed the local parliament in Zug, killing 14 people and then himself. Although the country’s current overall murder rate is near zero, a lot of citizens still own guns. Switzerland has approximately 2 million privately owned guns, which is quite a lot for a nation of 8.4 million people that such low rates of gun violence. But gun use in Switzerland is strictly regulated and most of these privately owned guns are former service rifles without the bullets that cadets were allowed to take home after service.

13 Of The Most Romantic Foodie Destinations Around The World

These 13 Photos Prove That Switzerland Is The Epitome Of Tranquility