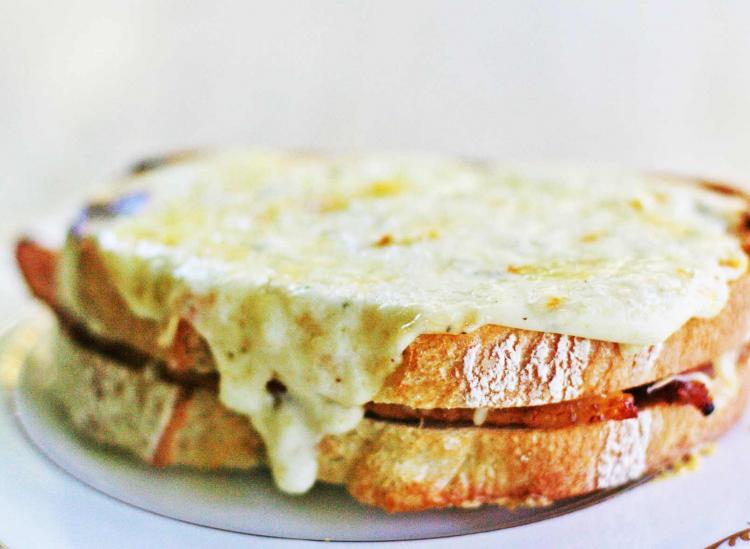 Traditions vary by culture, but if there’s one thing that we can all agree on it’s that cheese and anything cheese-related is oh-so-delicious. Although simply eating cheese and crackers with a glass of wine sounds like heaven to most people, real foodies might be looking for a cheese dish that’s a little more elaborate. For these individuals (and anyone else who enjoys looking at mouthwatering cheese photos) we’ve compiled a list of eight traditional dishes from around the world that let cheese take the center stage. Happy ogling. 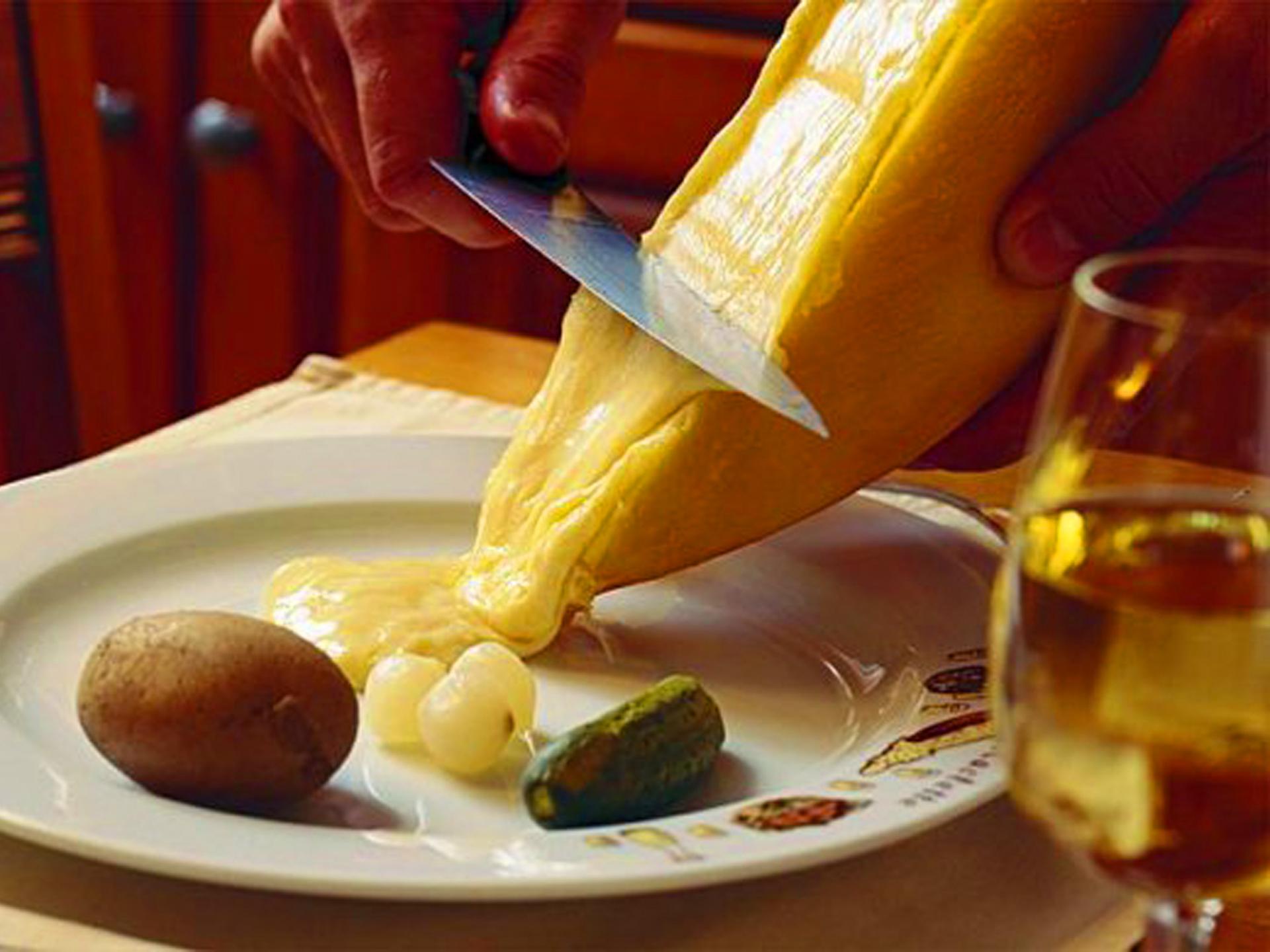 It’s a well-known fact that the Swiss kill it in the cheese department and this dish doesn’t disappoint. A Raclette dish traditionally consists of Raclette cheese and other Swiss and French cheeses that are melted over a fire or (more commonly) using a raclette grill. The melted cheese is then scraped onto individual plates or directly on top of small boiled potatoes. It’s often served alongside pickled vegetables like cornichons and onions.

Cook your own: To experience this indulgent dish at home, try this 50-minute Raclette recipe from the Food Network — no raclette grill or cheese wheel required. 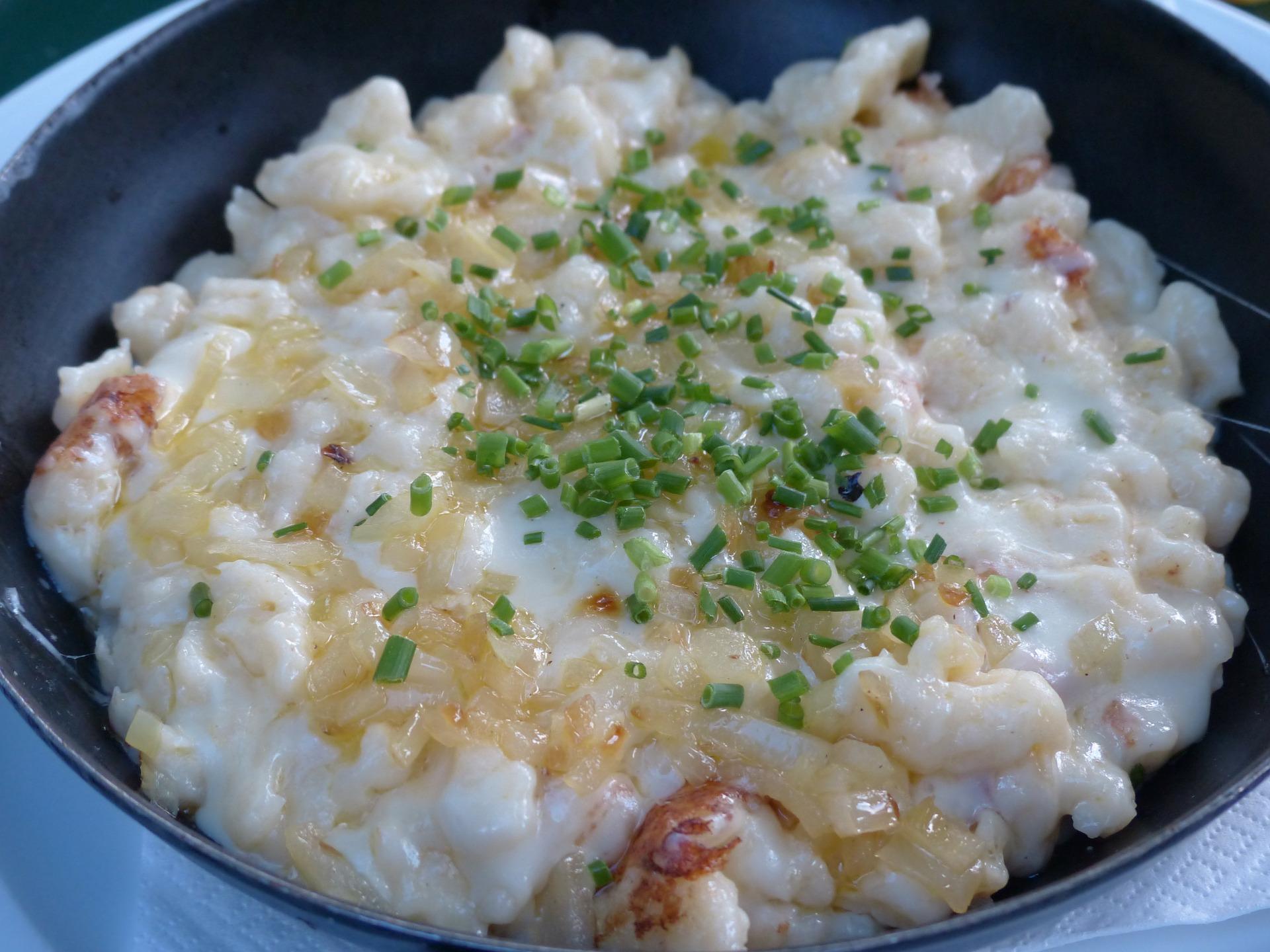 Eat it ASAP: Interested in tasting this dish without taking a trip to Slovakia? Try this 45-minute recipe for home-cooked Bryndzové halušky. 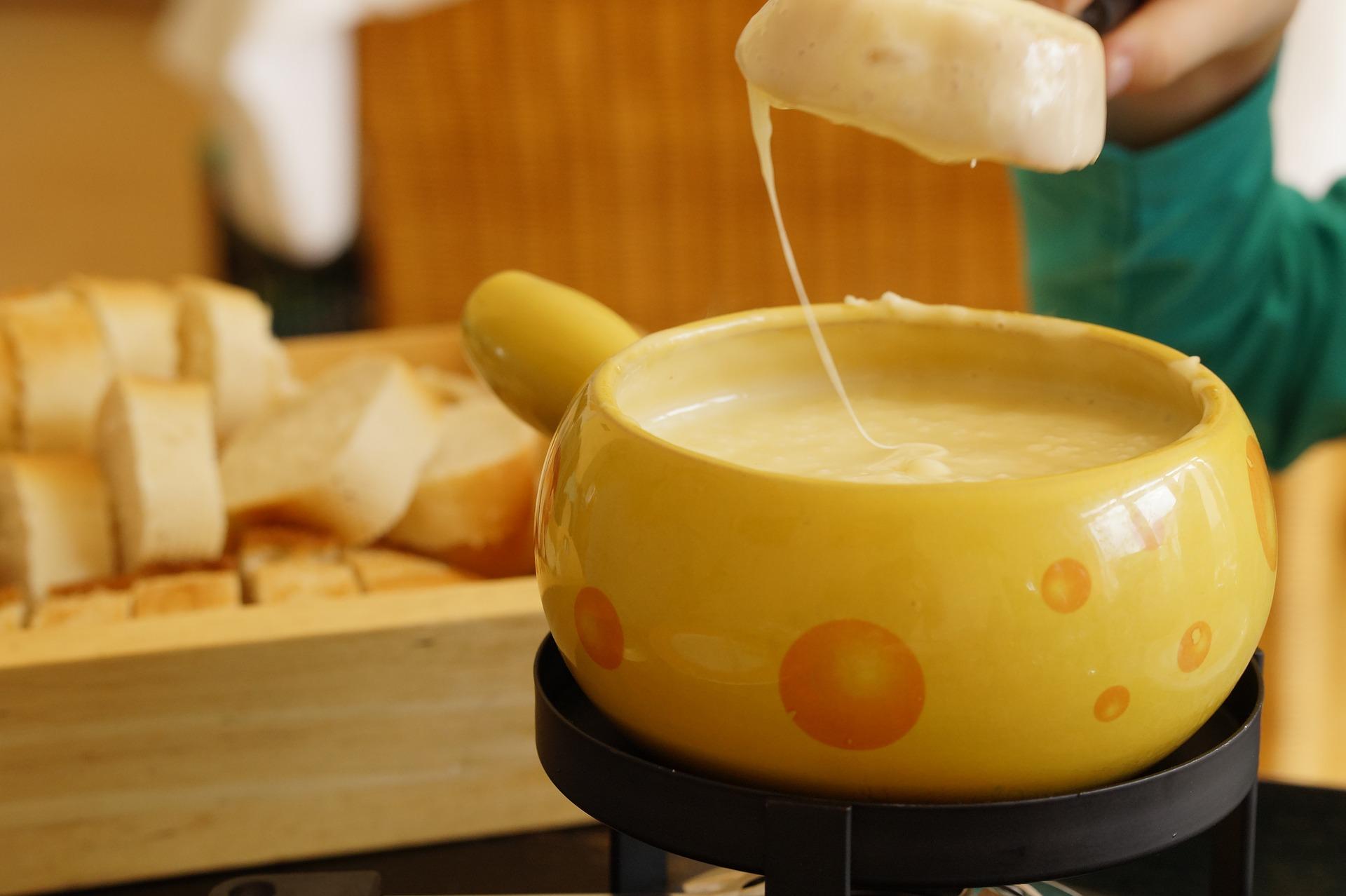 Unless you live under a rock, you’ve probably already heard of cheese fondue. Yes, you can get this dish at restaurants in the United States, but it’s probably not going to be as good as the authentic French or Swiss versions. In it’s purest form, cheese fondue consists of melted Gruyere and Emmentaler cheese infused with white wine. The melted cheese is served in a communal pot and eaten by dipping bread into the cheese using long-stemmed forks.

Fun fact: Traditionally, if you lose your bread in the fondue pot you have to buy a round of drinks for the whole table. 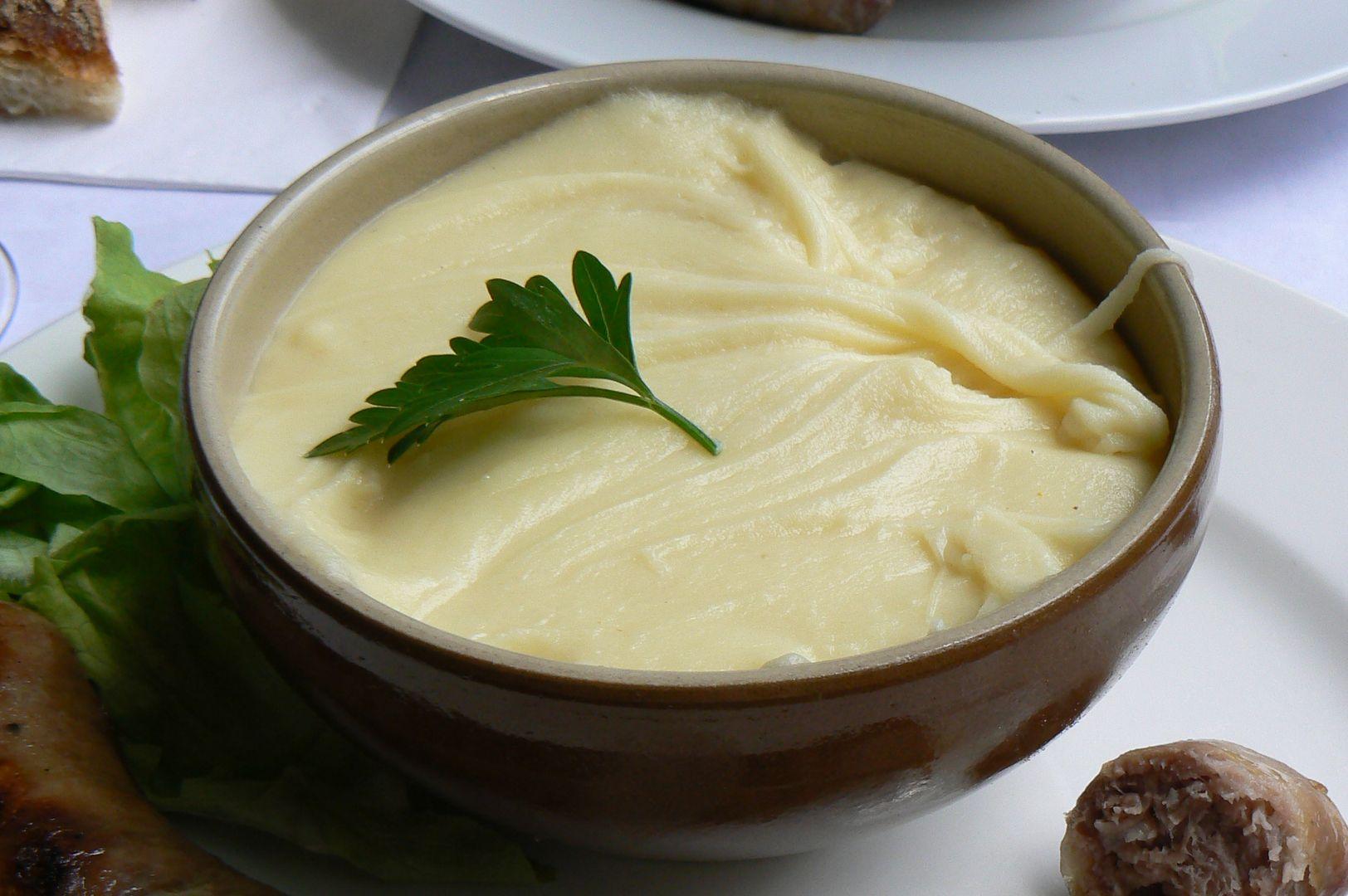 A dish made from cheese blended into mashed potatoes — yep, it exists. It’s called Aligot and it’s a staple dish from central France. It’s made by combining riced potatoes, cold butter, hot milk and grated cheese and cooking it all in a pot over low heat. The cheese that’s traditionally used for this dish is tomme or Cantal cheese.

Pro tip: It could take you as little as half an hour to recreate this delicious dish in your own home. 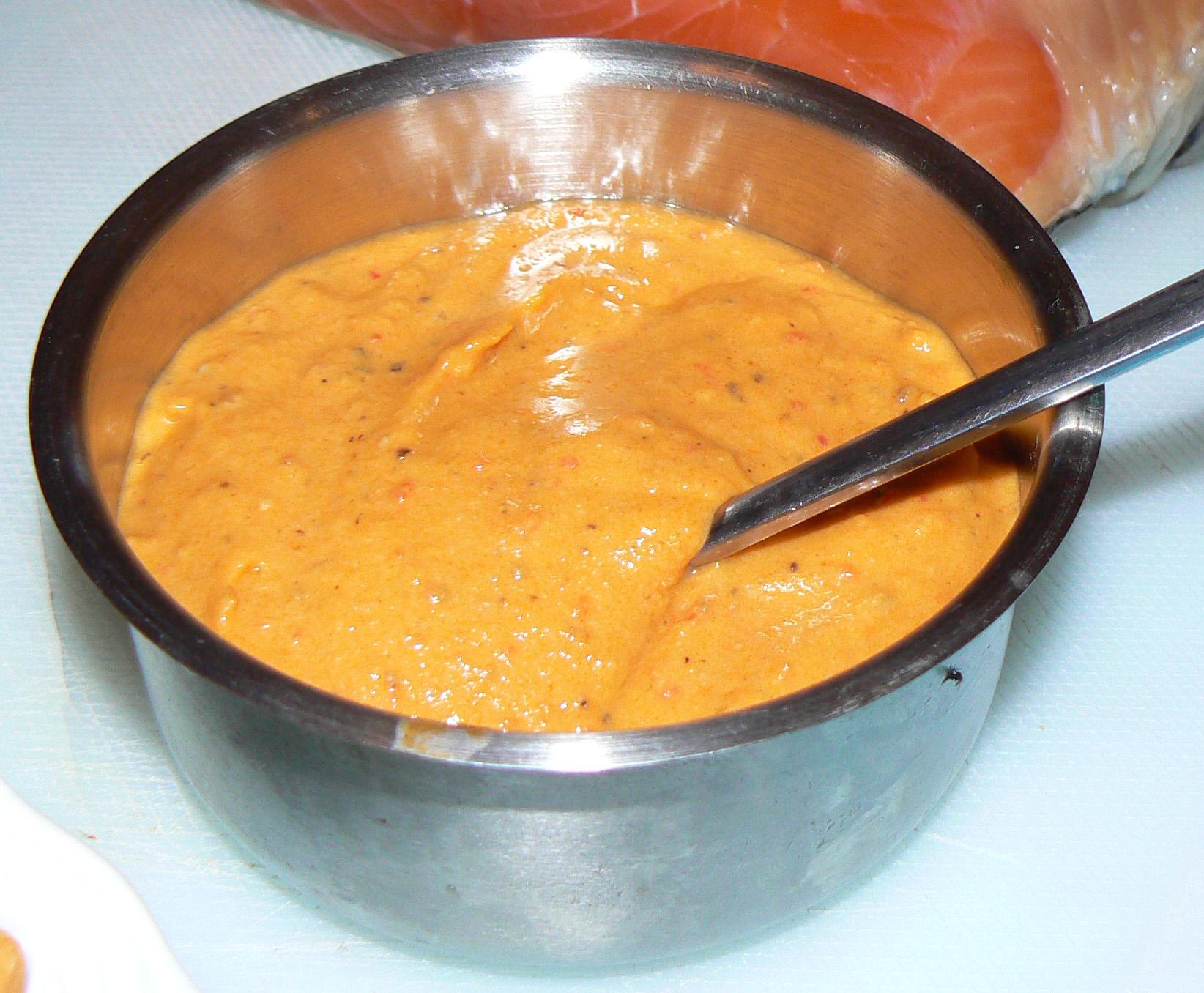 This cheesy paste is a specialty of La Gomera, one of the main islands in Spain’s Canary Island chain. It’s traditionally made with Queso de la Gomera, an unpasteurized goat’s cheese, olive oil, garlic, and sometimes tomato. It’s typically eaten spread on toast.

DIY secrets: When making this dish at home, you can also use other hard cheeses like Gouda or Grana Padano. Here’s a relatively easy six-ingredient recipe to get you cooking Almogrote in your own kitchen. 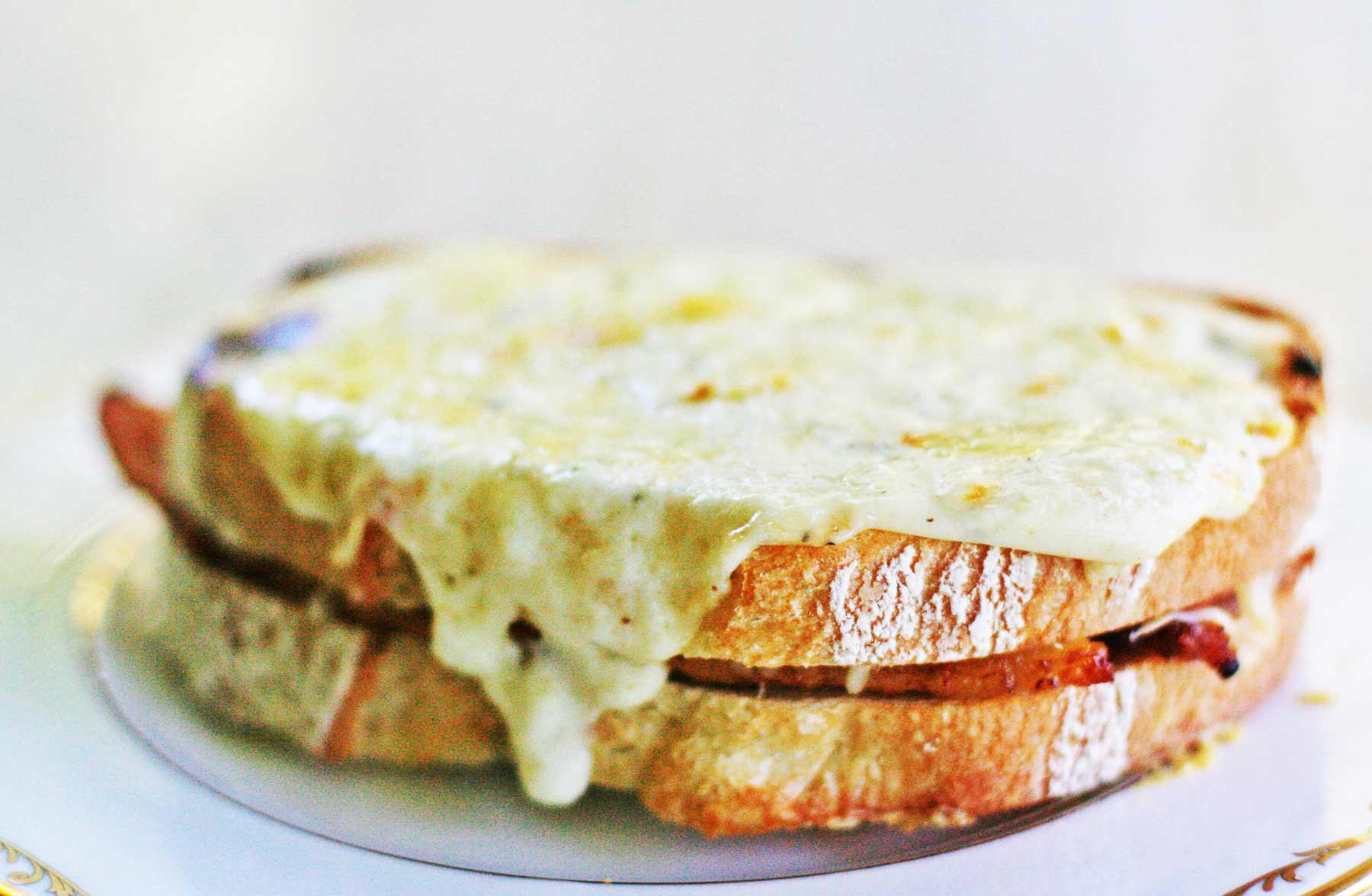 These yummy sandwiches are nothing like your plain ol’ ham and cheese. A Croque Monsieur is a baked or fried boiled ham and cheese sandwich made with Béchamel sauce. The sandwich originated in French cafés and quickly gained worldwide popularity due to its deliciousness. Typically, the bread is baked and the cheese used is either Gruyere or Swiss. The sandwich becomes a Croque Madame when you add a fried or poached egg on top of it.

Eat one at home: Check out this step-by-step Croque Monsieur recipe that’ll leave your mouth watering just after reading it. 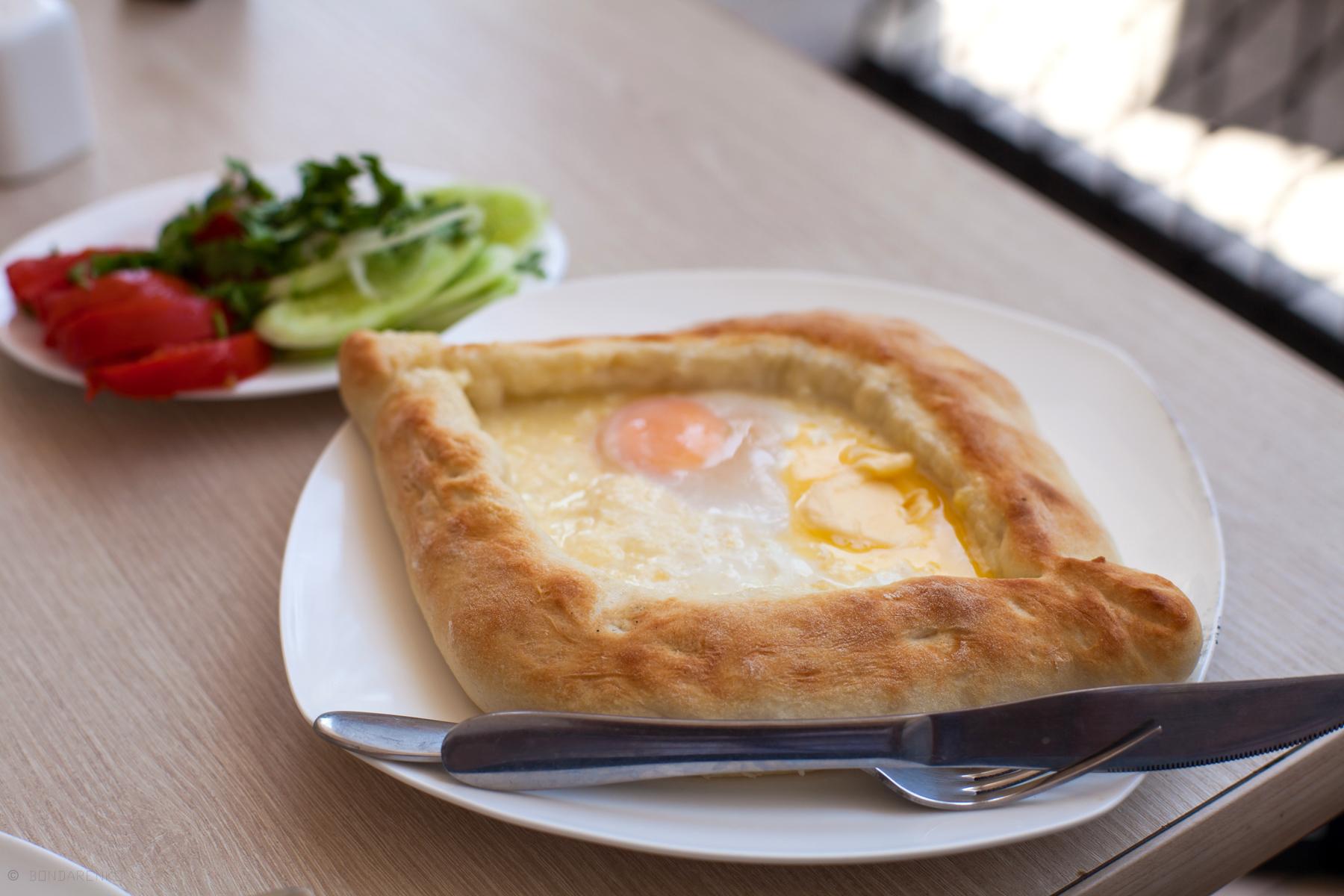 This traditional Georgian dish combines the two things foodies love the most: cheese and bread. It comes in different shapes and sizes but all varieties consist of bread filled with melted cheese — try getting that image out of your head. The crust of the bread is typically ripped off and used as a dipping device for the dish’s bubbling cheese middle. Some varieties come with an added egg yolk.

Look for it stateside: Khachapuri is affectionately known as “Georgian cheese bread” in the U.S. 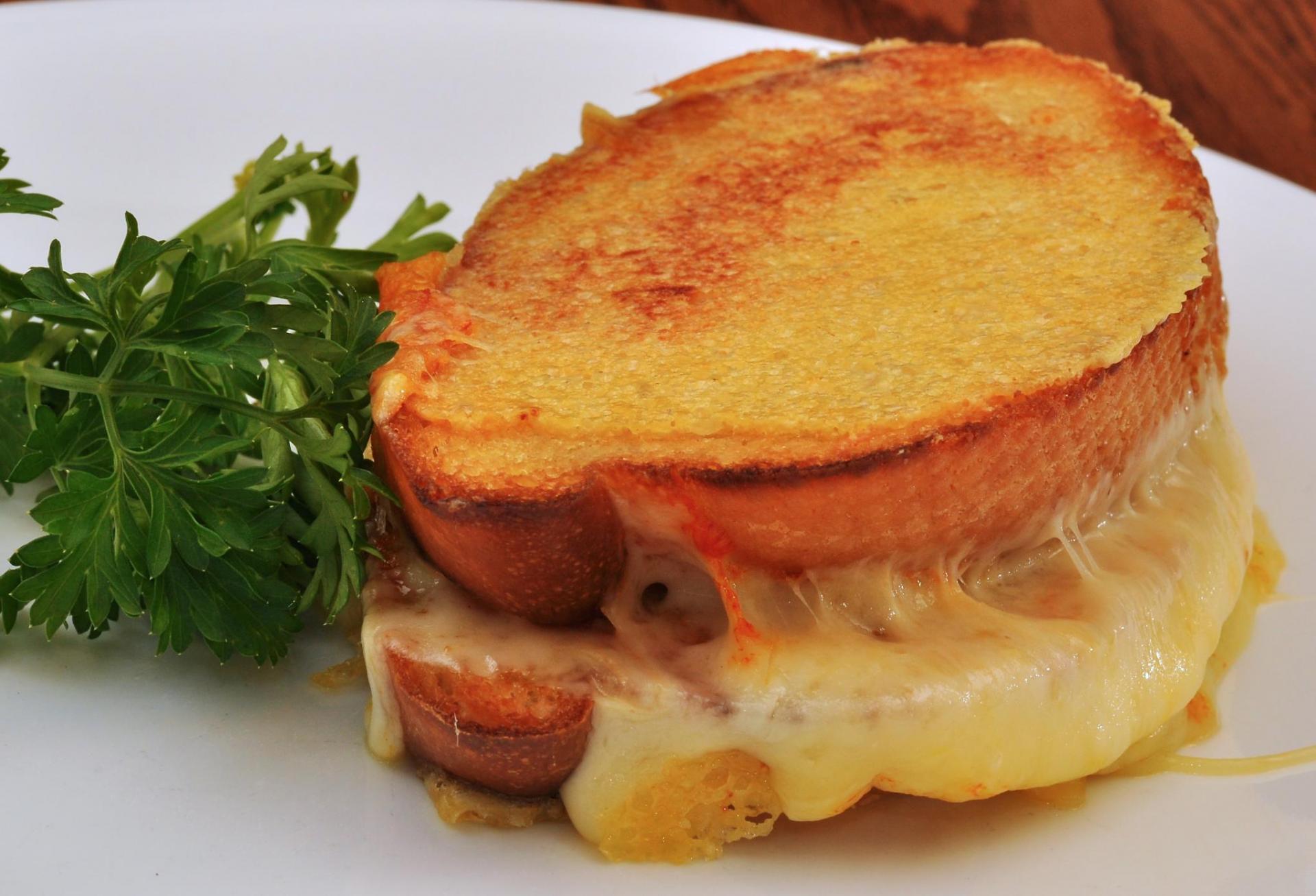 Make one of your own: Check out this Food Network Mozzarella in Carozza recipe to up your sandwich game for good.