Here’s The Verdict On Whether Halo Top Is Keto-Friendly 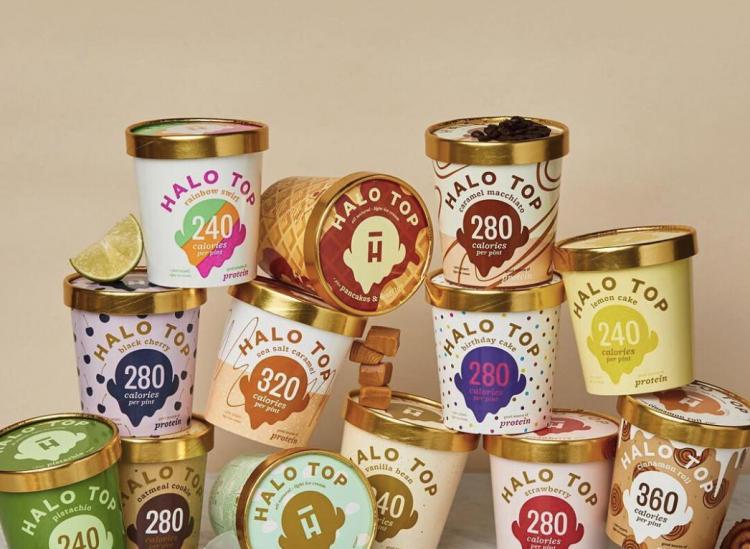 Halo Top Creamery is the most popular ice cream pint in America, and not just in the diet-friendly category. Its eclectic catalog of flavors has won over the hearts of this country’s frozen treat lovers in record time, and we’d like to think it’s improved nutritional profile over your standard dessert has helped benefit (or at least not harm) other parts of our bodies as well.

One group of people that hasn’t quite decided how it feels about Halo Top, however, is the keto diet community. Because its lifestyle requires that followers dramatically shift traditional macronutrient ratios in favor of fat and away from carbohydrates to change the ways in which their bodies derive energy from food, sugary sweets like ice cream (even light options) are typically a big no-no. But is Halo Top the sole exception to this very strict rule, thanks to its unique nutritional balance?

This question is one highly debated throughout the keto community today. Some say Halo Top is fair game while others say fuhgeddaboudit. So we spoke to two nutritionists to find the final, informed verdict.

First things first: in general, a ketogenic diet should contain less than 10 percent of its calories coming from carbohydrates. That means that most keto folks, depending on their body composition and the exact program they follow, can only consume a maximum of 20-30 grams of carbohydrates each day. Ideally, those carbohydrates are also consumed within 30 minutes of exercise (before, after or both) to maintain a ketogenic state.

“Halo Top provides around 5 grams of digestible carbohydrates per serving, or 20 grams per pint,” said Erin Palinski-Wade, RD, CDE and author of Belly Fat Diet For Dummies. And while that’s far less than most traditional ice creams, eating one serving uses a substantial amount of a keto dieter’s limited carb window, and eating an entire pint (which, let’s be honest, is promoted by the brand) can max out their carb consumption for the day.

Palinski-Wade also explained that other foods consumed by a keto dieter have trace amounts of carbohydrates, such as nuts and avocados, so they need to leave themselves a little wiggle room below that 10 percent mark to guarantee that they are truly following a ketogenic diet.

New York City-based nutritionist Amy Shapiro, MS, RD, CDN provided similar feedback. She explained that if a keto dieter is willing and able to limit themselves to one serving of Halo Top, then he or she leaves room for a piece of fruit or another healthy carb in their day since one serving of carbohydrates is equal to 15 grams.

“But a lot of people eat the whole pint, which is what I hate about the product — they are sending the wrong message,” she added. “So if that’s the case, then they couldn’t eat any other carbs in a day.”

The short answer? Yes, keto dieters can indulge in Halo Top. But they can only do so with one serving’s worth each day to stay truly safe. So which is easier: exercising self-constraint with one measly portion of diet ice cream or refraining entirely? You be the judge.