The World’s Fastest Zip Line Just Got Even Faster 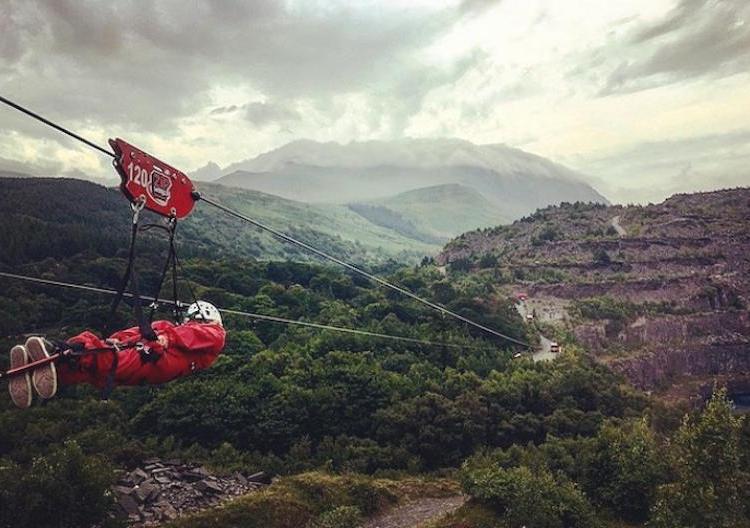 The fastest zip line in the world is now even faster (because 118 miles per hour just wasn’t enough).

Zip World in North Wales in the United Kingdom has been the world’s fastest zip since 2013, but the company recently upped the ante. The super-fast Velocity goes 118 miles per hour — yes, you literally hurtle through the air at that insane speed. But the brand-new Velocity 2 goes 125 miles per hour.

Just to put things into perspective, this zip line is twice as fast as the average cheetah. And you’re not even allowed to drive cars on America’s widest interstates faster than 80 miles per hour. Even the famously speedy German Autobahn highway advises staying near a similar speed.

Even crazier, this zip line is 5 percent faster than a skydiving fall, according to The Telegraph.

The new line goes from 0 to 60 miles per hour in less than 10 seconds, mostly due to the steep decline of the route. It’s a 20-degree angle, meaning you’re flying down pretty quick.

You can see views of Snowdonia, Anglesey and even the Isle of Man from the top of the line. While zooming down the zip, you’ll go right over Penrhyn Quarry — 500 feet above the water.

An adrenaline-inducing adventure on this wild zip line costs $119 and you have to be 18 or older (or have an adult with you) to ride.

PSA: You Can Now Zip Line Above The Grand Canyon

This Colorado Aerial Park Is For The Bravest Souls Alive