Make Over Your Resume With Something That Will Jolt Recruiters 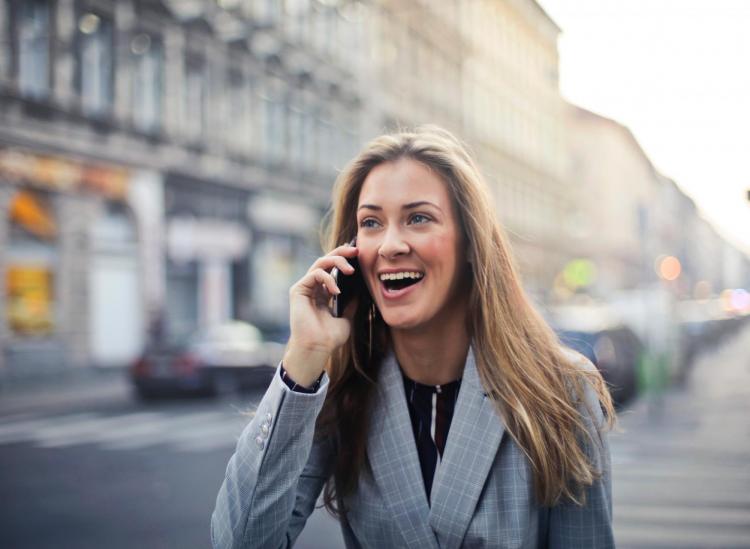 It had been seven months since Drew Grant, a then-unemployed culture editor and writer in Los Angeles, had had a single job interview. And so, like many frustrated job seekers, she decided to hire someone to juice up her resume. Not too long after, she proudly posted the resume to Facebook – and updated her status to reflect her new job as Special Features Editor at Collider.

“You guys want in on how I managed to land my dream job after seven months of not so much as a single interview? I’m feeling benevolent today, so here’s my secret: I hired Hagan Blount of Infographics Resumes to revamp my boring CV into something that looked like it was designed by Chip Kidd. Within a MONTH of sending in Hagan’s total rehaul of my resume, I was interviewed at my top three dream companies and offered positions at two of them.

“I went searching for a resume consultant, hoping to find someone who could streamline my experience in culture journalism into a more professional form. I never dreamed of what ended up providing me with: an infographic CV so unique that calling it merely a “resume” seems prosaic … The result …well, as you can see, it speaks for itself!” 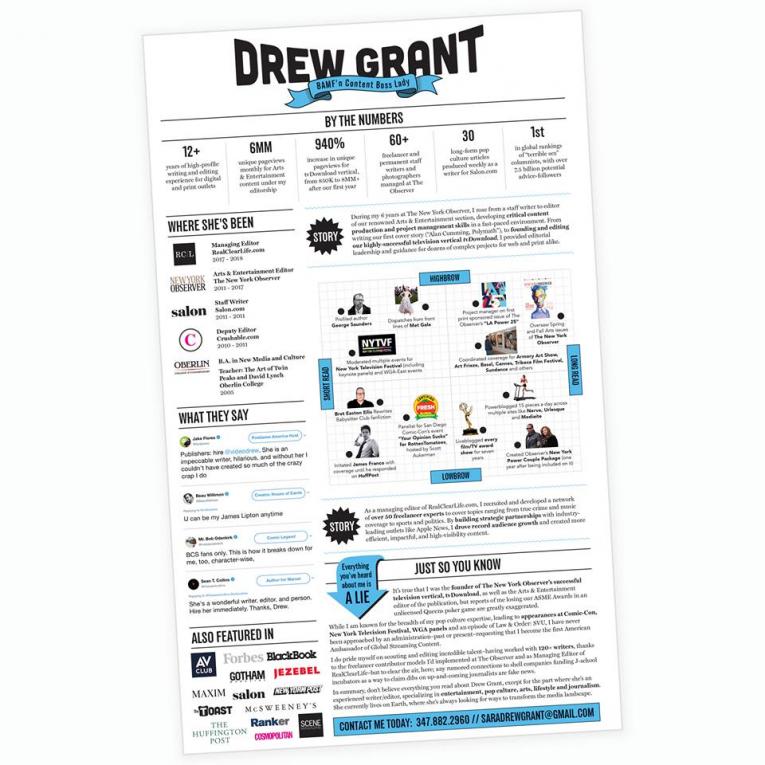 “Nothing worked for almost a year,” Grant added to the Ladders about her job search. “Then Hagan made my resume and within a few weeks I was getting interviews and offers.”

It also helped her freelance career: “I was making no inroads,” Grant said, “and since my resume went out, I’ve been commissioned by The New York Times and Harper’s Bazaar for pieces. It’s been, by far, the smartest career investment I’ve ever made.”

What a difference a rehaul makes. While many job seekers tweak here and there, sometimes a total rebuild is needed, as Grant’s experience shows. And sometimes, you can’t go wrong with a truly creative, out-of-the-box resume, either.

Ladders spoke with Hagan Blount of Infographic Resumes about his collaborative, numbers-based approach. Blount hit a low point in 2011: Unemployed in Manhattan and living off dumplings he purchased at $9 for 50, he hit the streets and stood in front of the Apple Store one day, holding up a “Will Tweet for Food” sign to advertise his social media work.

He met someone who ran an “entrepreneur school,” who showed him the types of resumes everyone who graduated would receive. “He showed me a bunch of these resumes that were from graphic designers,” Blount said. It was his eureka moment. “They were creative and they looked like people’s personal brands.”

Blount went back to his apartment set about teaching himself how to make a similar resume for himself with no graphic design experience. Designing resumes has been his “bread and butter” ever since. 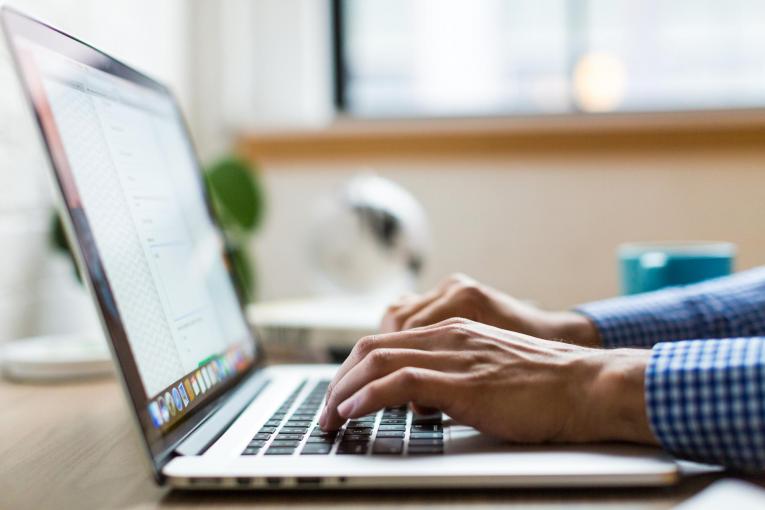 “I feel like what somebody wants to see on a resume is ‘How can this person drive ROI at my company?’ ” Blount says. “Can I put them in a role and know that this person is going to make more of an impact than the next person?”

Employers are always looking for that elusive “cultural fit,” and Blount tries to tackle that on the resume, too: “It’s hard to show a cultural fit on a resume,” he says. But with every resume, he makes sure to include an account from his client about a challenge they faced at their organization, boiled down into a  “personal statement that says how they were able to overcome obstacles and succeed for the company.”

Blount’s infographic resumes lean heavily on numbers. “In every one of my resumes there is an achievement section that highlights the numbers,” he says. Generating them is a large part of the process with his clients.

“I ask the question, ‘Is there anything that’s interesting about you that doesn’t get to be put on a traditional resume?’ ” There was this guy who had been to like 65 countries. Well, why did this person go to these countries? How is that gonna help me with your work?

“And it can, depending on the role, and sometimes it doesn’t, but I just ask those questions to find out if there’s something interesting that I can put on a resume and just disrupt the reader a little bit more. Just give that person a little bit more of the human feel on a resume. Because it is a little bit cold, this industry.”

How To Handle Short-Term Jobs In Your Resume Work History