3 Super Common Medications You Never Realized Are Full Of Caffeine 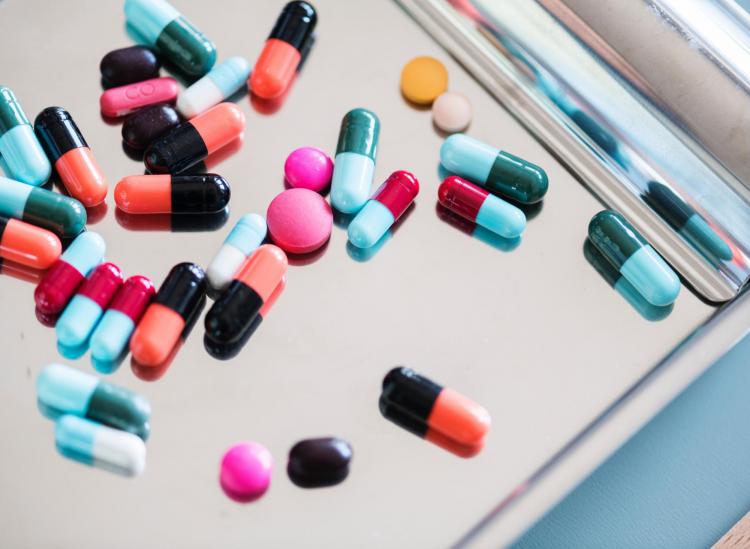 Caffeine can affect different people in wildly different ways. Thanks to varying genetic predispositions to caffeine sensitivity, some people can have four cups of coffee and not feel a thing while others get jittery AF when they’re only halfway through a small latte. And we don’t really ever think about it, but this reaction can be surprisingly relevant when it comes to the pain relief medicines we commonly take.

Fun fact: When you pair caffeine with a pain reliever, it makes the medicine a whopping 40 percent more effective because it helps the body absorb the active ingredients more quickly. This means a speedy recovery from aches and pains and a lesser need to pop more pills sooner, which is far better for the body in the long run.

However, if you’re sensitive to caffeine, these pain relief methods come at a cost — an anxious, heart-racing, trembling, uncomfortable cost. So be on the lookout the next time you’re in the pharmacy. These three common OTC options list caffeine as one of their main active ingredients.

You know how the ads for this wonderful menstrual pain relief pill say it’ll reduce your feelings of fatigue? Well, it accomplishes that with the help of trusty ol’ caffeine — 60 milligrams, to be exact, which is almost the equivalent of a shot of espresso. However, there is a caffeine-free variety — just be on the lookout for the pretty green box.

Excedrin is a common choice for headache relief, especially among those who suffer from migraines. But it’s important to know that both Excedrin Extra Strength and Excedrin Migraine contain caffeine — 65 milligrams in each product.

For some people, caffeine aids migraine pain by constricting the blood vessels in the brain since they typically expand to an uncomfortable extent during a migraine episode. But those who are sensitive to caffeine don’t necessarily feel that same relief and, therefore, usually avoid the Excedrin brand.

The lesser known on this list but still widely popular in pharmacies nationwide, Anacin is a caffeine-aspirin combination that relieves pain for people avoiding things like ibuprofen or acetaminophen. Both standard Anacin and Anacin Extra Strength contain 32 milligrams of caffeine per dose, which is substantially less than Midol and Excedrin, but enough to trigger someone dealing with caffeine sensitivity if consumed frequently or in larger quantities.

This Is How Popular Pain Relievers Affect Your Body