This Is How Popular Pain Relievers Affect Your Body 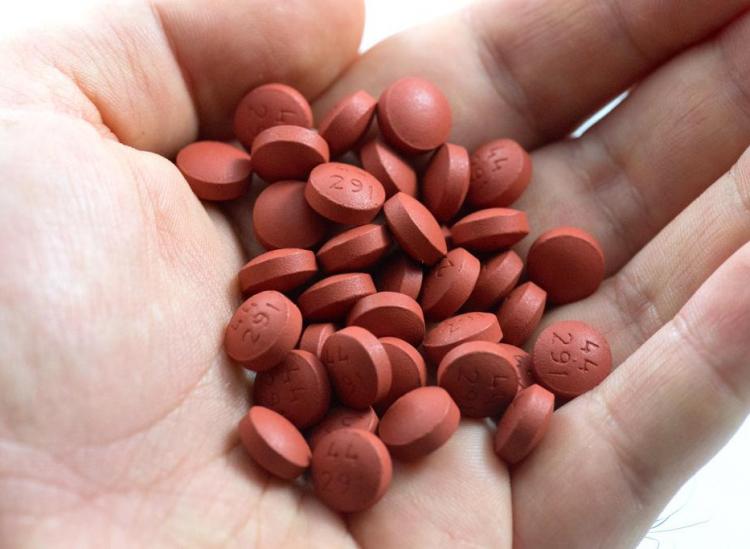 Over-the-counter pain relievers are a mainstay in most people’s medicine cabinets. From wicked hangovers to post-workout muscle soreness to the beginnings of a stress migraine, they come in clutch during the days when our bodies just don’t want to cooperate. But is popping these pills with such frequency a good idea?

Well, it depends on your pain reliever of choice, because each medicinal compound reacts in your system differently — not to mention the dose itself and how often you go back for more. Below are the four most popular, over-the-counter pain reliever options and how they could impact your body should you overdo it.

Ibuprofen is the most commonly used non-steroidal anti-inflammatory drug (NSAID) in the OTC marketplace. It prevents the body from producing substances that cause inflammation and pain. Many people know ibuprofen more formally as Advil. However, taking more than the recommended dose on the bottle label or taking it consistently over a long period of time can lead to gastrointestinal, cardiovascular and renal problems. So if you’re still feeling the need to pop the little red pills after a week, consider seeing your doctor for a better long-term course of treatment for your pain symptoms.

Aspirin is a member of the NSAID family, but it stands out among its siblings for its ability to fend off the formation of blood clots. That’s why a lot of people looking to avoid strokes and heart attacks down a dose of Bayer daily as a sort of health supplement. However, overusing this option can lead to some serious stomach irritation (because the main ingredient is acetylsalicylic acid). And if you’re a person who struggles with hemophilia, or the inability to form a clot when you accidentally cut yourself and need those clotting factors to kick in, you should probably avoid this type of pain reliever.

More commonly known as Tylenol, acetaminophen is the only non-NSAID pain reliever on this list. Plenty of people rely on it for both pain relief and fever reduction, but it’s not an anti-inflammatory drug. It also has quite the laundry list of negative side effects. Overusing acetaminophen or taking it for a prolonged span of time can lead to nausea, stomach pain, loss of appetite, headaches, skin rashes and itching, oddly colored urine and stool, and even jaundice. It can also interact with quite a lot of other drugs you might be taking, so check this list before you opt for Tylenol over an alternative.

Naproxen, or more commonly known as Aleve, is the all-star of OTC anti-inflammatory drugs. It’s often the one doctors recommend first for muscle strains, ligament sprains and other acute injuries that produce a lot of swelling at the site. A lot of women also report that it’s more effective in relieving pain from menstrual cramps than other pain reliever options. Plus, it comes in doses that last you up to 12 hours. With that said, naproxen can increase your risk of both fatal heart attack and stroke when you take high doses or use it in a long-term fashion. Yikes.

No matter your pain relief preference, one thing is for sure: you probably don’t want to take any of these babies every day for a lengthy period of time. So if your body is crying out for serious help, do it a favor and head to your doctor’s office rather than that pharmacy aisle.