The Ultimate Ranking Of RXBAR Flavors 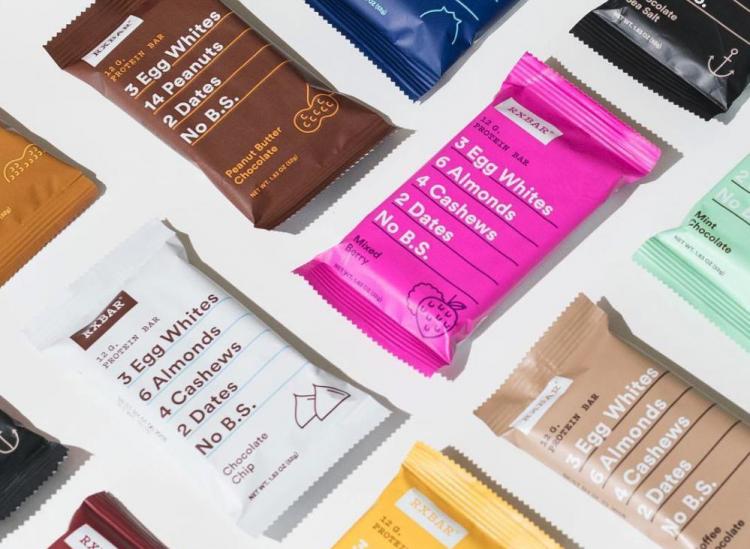 You might not have tried RXBARs yet, but you’ve definitely seen their clever packing at your local grocery store. The whole-food protein bar is known for it’s “no B.S.” approach to wellness, clearly listing all of the ingredients used in the bars in bold lettering on the front of each individual wrapper. From egg whites to dates to yummy chocolate chunks, RXBARs aren’t messing around.

There are also a ton of flavor options to suit every palate. But don’t worry — we took care of the taste bud guesswork for you. After trying all of the 11 classic RXBAR flavors, here’s how we ranked them, from best to worst.

Honestly, you can never go wrong with this classic flavor combination. The peanut butter chocolate RXBAR easily stole our hearts because it’s the one bar we could totally eat for dessert. With the perfect balance of PB and cocoa, it doesn’t even taste like a typical protein bar at all. It’s the closest to a candy bar you’re gonna get here.

Coming in at a strong second is chocolate sea salt, which is the favorite among a lot of RXBAR fans out there. It has actual pieces of bittersweet chocolate in it, which gives the bar a true dark chocolate feel, but we wish there were flakes of sea salt, TBH.

Our favorite ingredient is back! This flavor has all the genuine PB vibes — it smells like a peanut butter Girl Scout cookie and you can feel the real peanut chunks. It tastes like your fave peanut butter protein bar, but with a much better ingredient list on its side.

We didn’t expect this flavor to rank as high as it did, but we were pleasantly surprised. It has just enough peppermint oil to balance the rich, dark chocolate base. It would be tough to eat an entire bar in one sitting because it’s so powerful, but we liked the Andes mint vibes it gave us.

Our first fruity pick on this list, apple cinnamon is a solid choice. It smells like apple pie, doesn’t smack you over the head with too much cinnamon and tastes like that apple cinnamon-flavored instant oatmeal you used to eat as a kid (or maybe you still do — it’s cool).

Honestly, we had higher hopes for chocolate chip. It wasn’t offensive, but it also wasn’t exciting. The flavor is just pretty plain all around. We did appreciate its subtle, biscotti-like flavor and floral anise aftertaste, though.

Coffee lovers, this is definitely the bar for you. (And if you’re not a java junkie, stay far, far away.) This bar has all of the espresso notes with pretty much none of the chocolate. Roasted and slightly bitter, it’s sure to wake you up a true coffee flavor.

You can smell blueberry across the room from the second you open the little foil packaging. The flavor is reminiscent of a blueberry muffin with crumble topping, but the blueberry essence doesn’t quite taste like the fruit you get from the farmers market. But hey, if you’re eating this protein bar for breakfast, it’s acceptable.

Why does maple syrup always make flavored food weird? This bar smells and tastes like the hotcake breakfast you’d get at McDonald’s, and the aftertaste isn’t our favorite. If you’re new to the world of RXBARs, we just don’t recommend starting here.

The final fruit flavor on this list really didn’t do the trick for us. It certainly smells like berries, but the taste is way too strong and, again, isn’t reminiscent of the real fruit. Evoking childhood memories of Fruity Pebbles, it’s like your eating a protein bar that tastes more like chewing gum.

There always has to be a flavor at the end of a list, and coconut chocolate is the one for RXBAR. It just evokes our memories of summertime sunscreen a little too much, thanks to the coconut. However, the flakes of real coconut are redeeming in the end.

Now that you’ve read all our feelings about RXBARs, how do your favorite flavors compare?

These Are The Healthiest Snack Bars Ranked From Best To Worst

7 ‘Healthy’ Cereals That Aren’t So Healthy After All