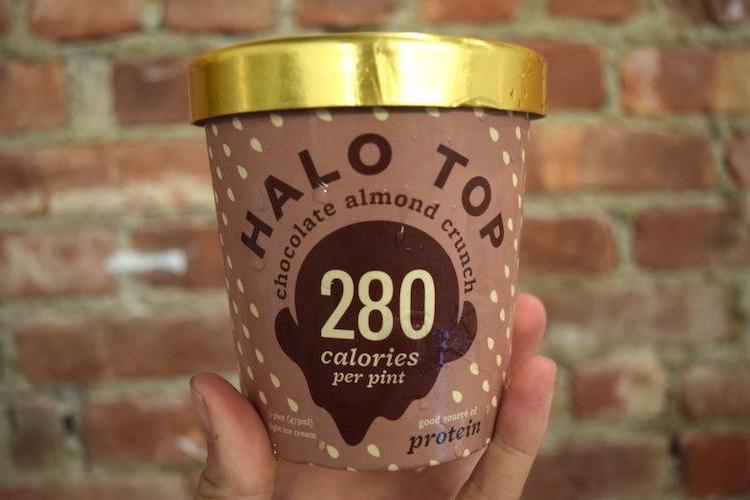 In the world of low-calorie, high-protein ice cream, Halo Top reigns supreme. The pints have as little as 280 calories, which makes eating the entire thing in one sitting a guilt-free situation. Depending on the flavor you pick, one half-cup serving of Halo Top can have as few as 60 calories. (For a frame of reference, typical pints of Ben & Jerry’s have about 250 calories per serving.) And while it’s low in calories, Halo Top is still pretty sweet since it’s made with organic stevia.

After trying all of Halo Top’s 24 year-round flavors, we’ll admit that we understand what all the fuss is all about. Once you know which varieties you love, you have to snag ’em right away because the supermarkets just can’t seem to keep it stocked. (Seriously, that’s how hardcore Halo Top fans can be.)

The protein-packed ice cream brand also has its fun with seasonal flavor releases (like Gingerbread House and Blueberry Crumble), but when it comes to the classics, here’s our definitive ranking of Halo Top flavors from best to worst. 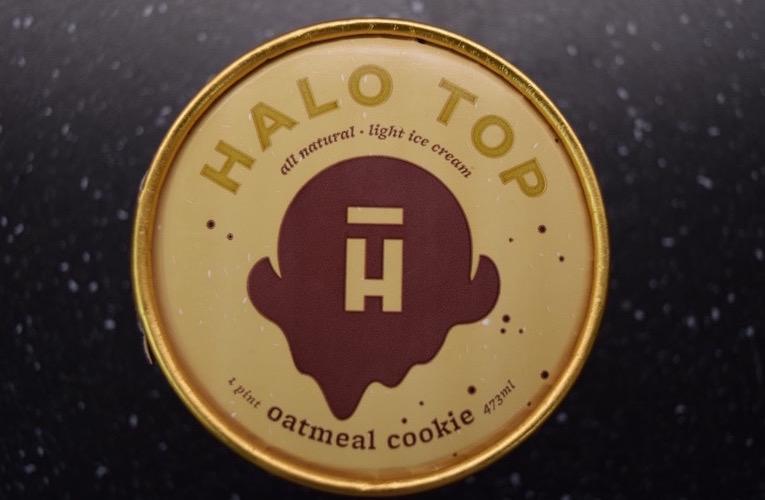 Absolutely outstanding. Even if you’re not an oatmeal cookie fan, you’ll love this ice cream. It tastes like the real deal with just a hint of cinnamon, the perfect amount of oatmeal chunks sprinkled in and the balanced flavor of sweet cream. It’s undoubtedly one of the most unique flavors we’ve ever tried.

Talk about a surprise. We didn’t expect to love Black Cherry as much as we did, but it’s extraordinary. Even if you’re not usually a fan of the fruity flavors, you’ll love this one. The pieces of fruit throughout the ice cream really are the cherry on top (pun intended).

It’s just oh-so-creamy, and the taste of pistachio strikes the perfect balance between being flavorful without being overpowering. Even if pistachio isn’t usually your thing, we promise this one will hit the spot. 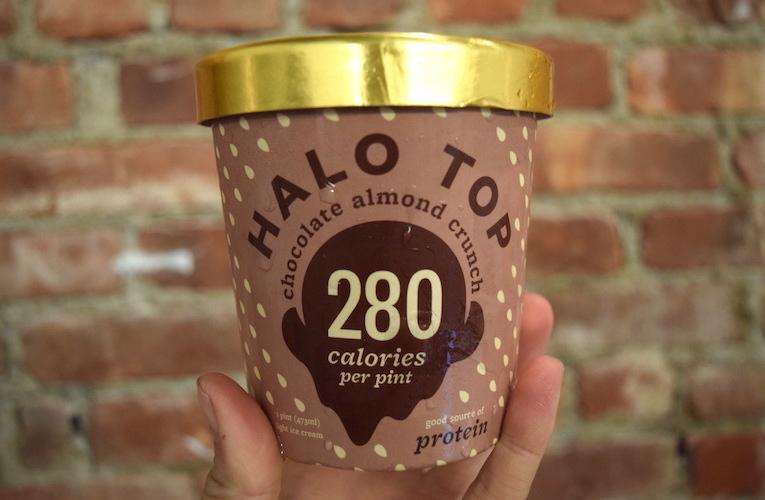 This fabulous flavor combines two of our favorite things: chocolate and nuts. The duo works perfectly together here. The amount of almond flavoring is just right and the almond pieces interspersed couldn’t be better.

We didn’t expect to love the red velvet as much as we did, TBH, but it’s actually great. It has a mild chocolatey flavor, and we’re all about the cake pieces mixed throughout. If red velvet cake is your thing, you won’t be disappointed. 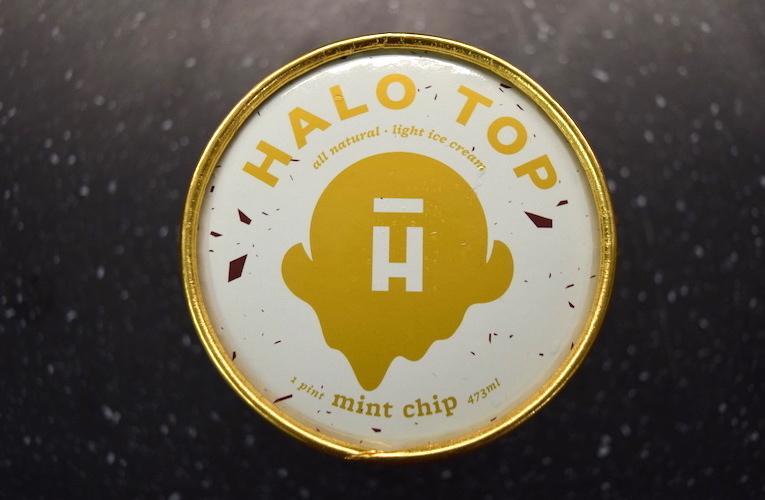 This one is incredibly refreshing. The flavor tastes authentic without being overpowering, and we love the chips. We wouldn’t complain if there were more chips (because isn’t that why we love mint chip in the first place? For the chips?), but if that were the case, the sweet treat wouldn’t be so low-cal. Sigh.

This one tastes like the real deal — we’re not kidding. Who would think a lightened-up version of the crowd-pleasing flavor could be so good? Where this one falls short is that there just aren’t enough chunks of dough… and we get it. Halo Top wants to keep it low-cal. But the heart wants what it wants, okay?!

Okay, we know what you’re thinking. Vanilla? How can it be so high on the list? Well first, it’s not just vanilla — it’s vanilla bean. That makes a difference. It’s a well-crafted classic, so we wouldn’t be mad if this pint was in front of us on the regular. 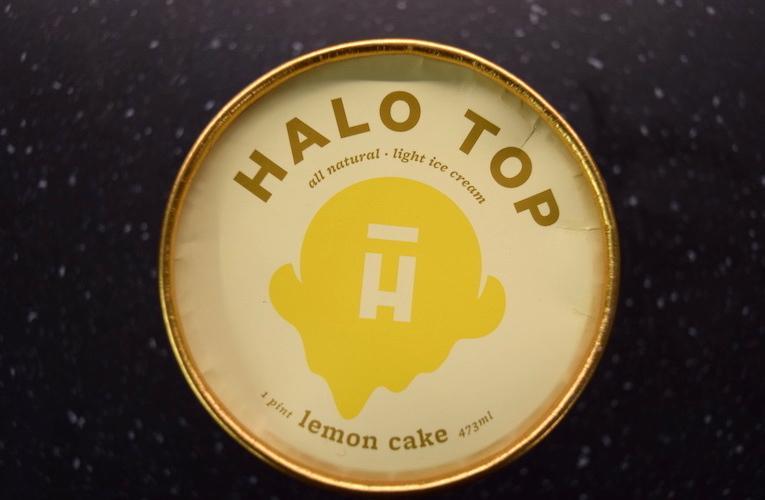 We had really high hopes for this one, because has lemon cake ever let us down? While we liked the subtle lemon flavor (it reminds us of those Girls Scout cookies), we just wanted a little more from it. More lemon flavor or maybe some cake bits throughout would have been nice.

This flavor had a great coffee taste to it but, otherwise, it didn’t stand out to us. Again, it’s one of those pints that has sparse chips throughout. It’s just torture at this point since we’re digging for more. 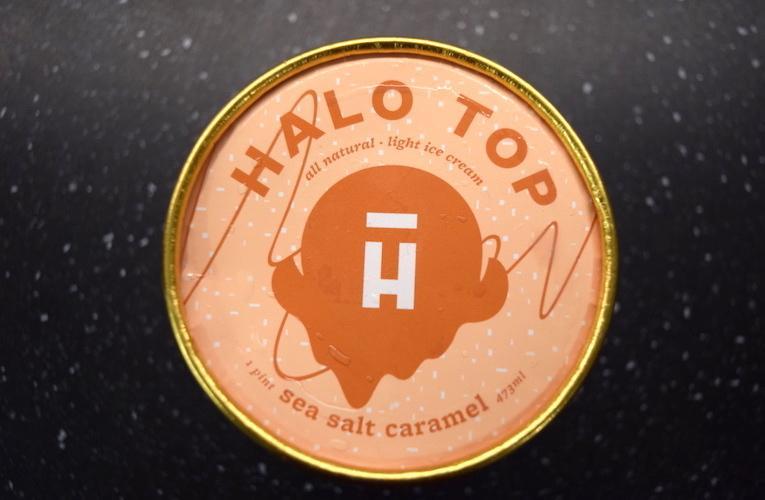 For a flavor that has gained a lot of hype over the last few years, this one didn’t really live up to its promise. There were lovely ribbons of caramel throughout the pint, but after a bite, it reminded us of that butterscotch candy our grandparents gave us — sickeningly sweet and toothache-inducing. You can only have so much.

This pint’s on the sweeter side, but it definitely achieves what it’s trying to accomplish. If you love the taste of cake batter, you can’t go wrong with this flavor. We totally dig the speckles of color interspersed throughout the ice cream, but if you can’t handle the sea salt caramel-level sweetness, you definitely can’t handle this one.

For the Starbucks fan, Caramel Macchiato is like a sweet latte or a Frappuccino in a pint. If you’re that person who lives for sugary coffee drinks, it looks like you’ve finally met your match. 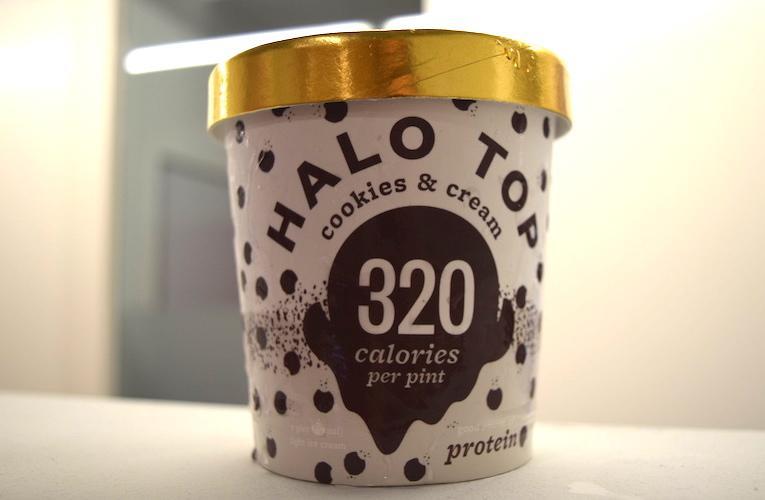 In general, we love cookies ‘n’ cream, but this one just didn’t taste as authentic to us as some of the others out there. It’s still creamy and flavorful, but the aftertaste is more chemical than cookie. Don’t expect it to be as good as the traditional childhood favorite.

The Candy Bar flavor is true to its name. You can expect chunks of a Snickers-like candy scattered throughout this sweet pint.

The cinnamon in this Cinnamon Roll pint isn’t subtle by any means. You’ll taste a creamy vanilla base with hearty swirls of cinnamon throughout. If you’re a Cinnamon Toast Crunch fan for life, you’ll want to stock up on this flavor ASAP. 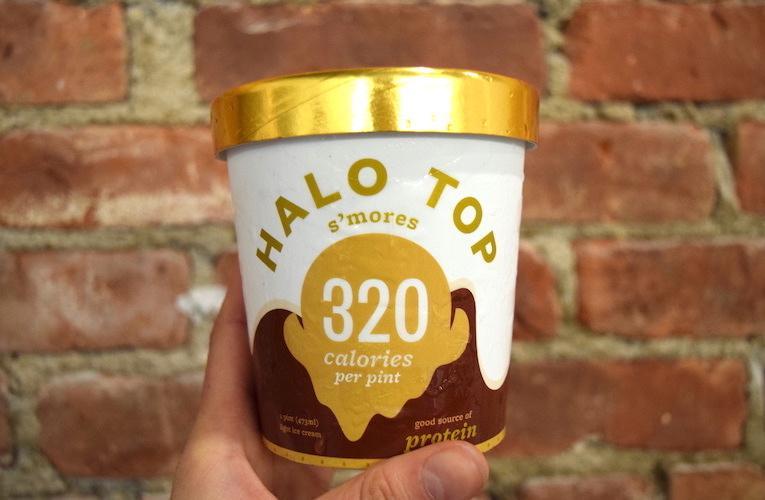 We were so excited for s’mores. Who doesn’t love the combination of chocolate, marshmallows and graham crackers? Sadly, this one had an icy, gritty texture that left a strange dryness on your tongue. The taste was fairly artificial with no fun additions we were hoping for (like marshmallow chunks). Ugh.

Like Fudgsicles? Then this flavor’s for you. It’s not as creamy as some of the others, and it’s a little icy, to be honest. But if you’re into that sort of thing, you can’t go wrong. We compare it to the taste of a chocolate smoothie — a really, really cold one.

It turns out that there is such a thing as too much syrup. Pancakes & Waffles is a little too sweet in our opinion, but if you enjoy the strong taste of Aunt Jemima in your ice cream, this one might be for you. 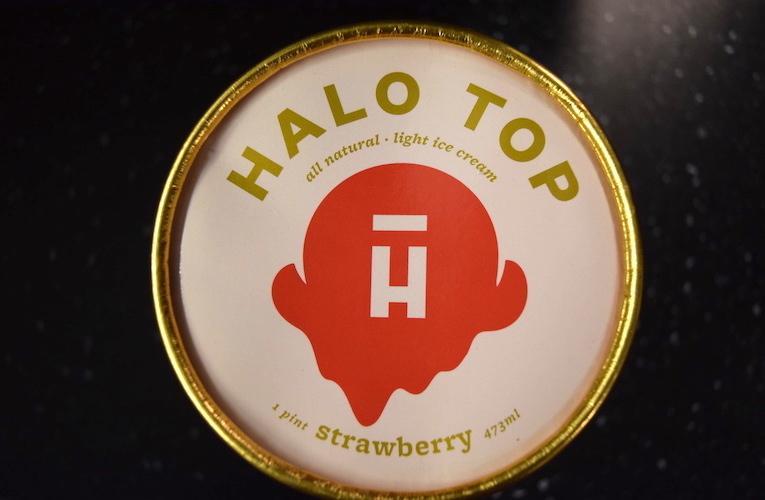 Guys, we couldn’t with this flavor. We love strawberries and we’re all about strawberry season, but the pint tastes like strawberry milk in ice cream form. It’s just too sweet and icy for our liking. If you want to go fruity with Halo Top, Black Cherry is the way to go.

Chocolate and banana are a usually a successful duo, but Halo Top’s pints taste a little too much like that fake banana flavor you get from banana Laffy Taffy. Bring on the real banana chunks and then we’ll talk.

The Mochi Green Tea flavor gave off too many perfume-like vibes. There’s a fake floral taste that lingers in your mouth and overwhelms the rest of the ice cream. TBH, we’re disappointed that we couldn’t get our green tea fix from this pint. Guess we’ll have to find our mochi elsewhere…

We’re going to have to pass on the Rainbow Swirl. This colorful pint tastes like fake sherbet at every turn — like a combination of cleaning products and chalk. We’re open-minded when it comes to experimenting with Halo Top, but Rainbow Swirl has to be the least appetizing of them all.

Here’s The Verdict On Whether Halo Top Is Keto-Friendly