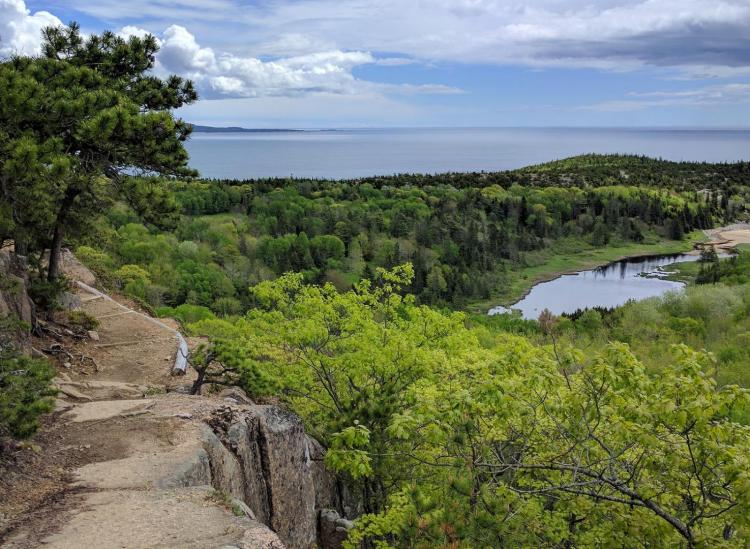 Acadia National Park in Maine has a clear standout trail, a must for anyone visiting the northern national park. It’s called the Beehive (or the Beehive Trail or Beehive Cliffs Trail), and it’s not for those with a fear of heights.

The Beehive Trail isn’t a long trek, but it puts your hiking skills to the test even over the short 1-mile path. The National Park Service (NPS) rates the trail as “strenuous,” so get ready for an adventure.

The trail begins from Sand Beach — in fact, you can see the Beehive summit from near the water. And if you think it looks steep and tall from there, you’re absolutely right. 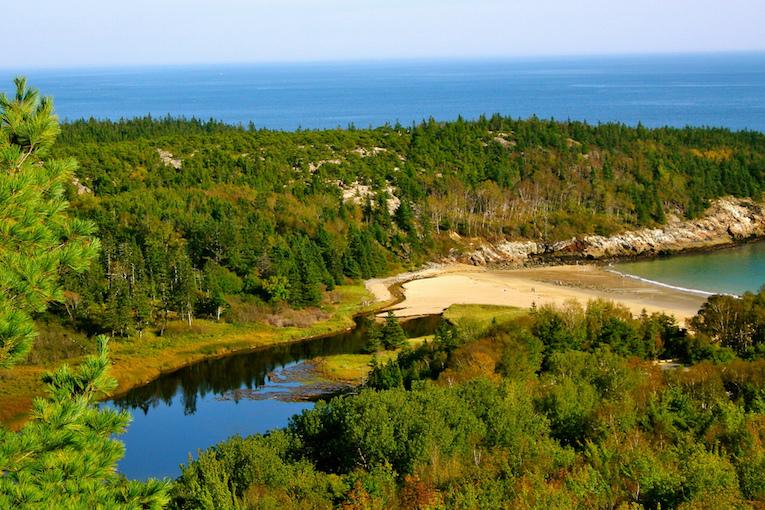 When you reach the summit of the Beehive, you’ll be able to see a sweeping view of the Atlantic Ocean, Sand Beach, Great Head and the New England forests (bonus points if you come during peak fall foliage times). But before you make it to the top, you’ll have some hoops to jump through. Or rather, iron bars to hold onto.

Your hike to conquer Beehive will include hard granite steps and rock scrambling, as well as several sections of trail where there’s nothing between you and the edge of a cliff except for your own balance. On other sections of the trail, you’ll have handy iron handrails to cling to as you make your way up.

Expect to spend between two and four hours on the trail, depending on how many times you want to stop for photos (more like stop to get your guts ready for the next few steps). Also, remember to bring plenty of water. And we suggest inviting along a brave hiking buddy to encourage you and celebrate the moment you make it to the top. 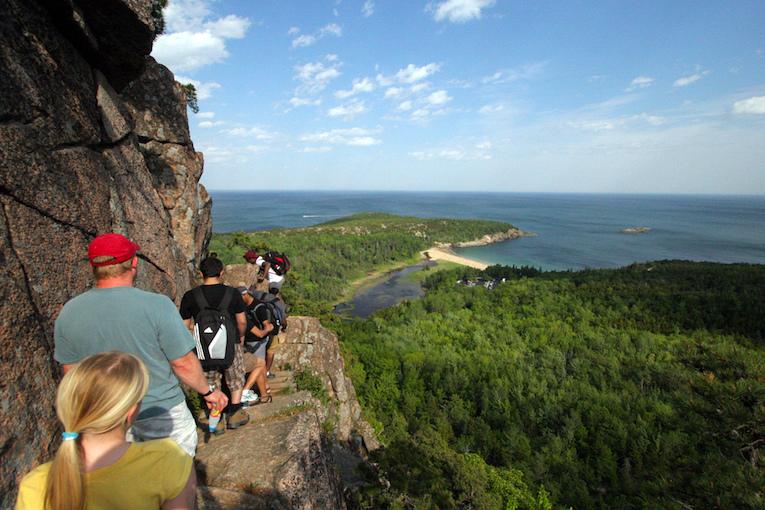 Acadia National Park is a three-hour drive from Portland, Maine and nearly a five-hour drive from Boston, Massachusetts. Since the adrenaline-inducing trail is pretty popular, you shouldn’t count on finding parking right at Sand Beach. Instead, you can take a shuttle bus from various parking areas to the trailhead.

The best timeframe for visiting Acadia for this hike is from May to October — the warmer months. Winter comes early in northern Maine and although Acadia is also beautiful in the winter, it’s not the best time to scamper up rocks or hang out on cliffsides.

Not feeling the iron rungs and sheer drops of the Beehive? Check out the nearby Great Head Trail for a more easygoing walk. (P.S. Even this one is rated moderate by the NPS.) Have fun out there, thrill-seekers!