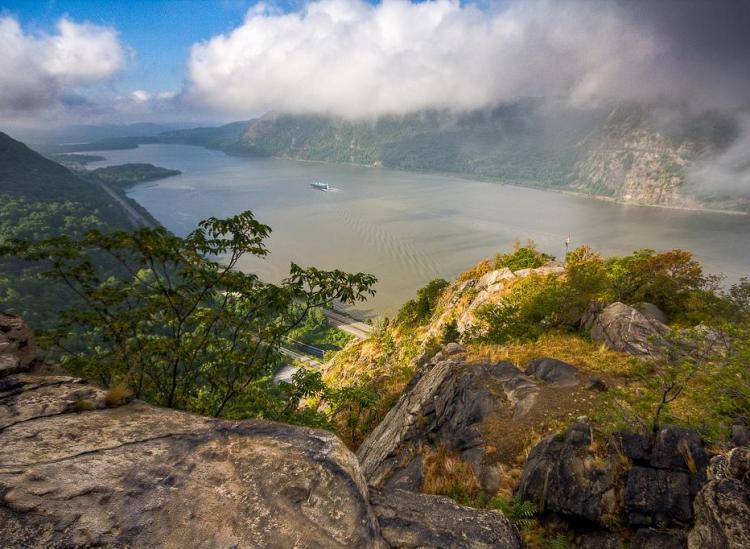 Just a train ride outside of Manhattan, you’ll find the wildest hiking trail in the metro area. The route is called Breakneck Ridge, and the name tells you everything you need to know about what you’re in for on the hike.

The shortlist: Rock scrambles sometimes skewing straight rock climbing, sheer cliffsides, panoramic Hudson Valley views and a fair amount of other city adventurers also hitting the trail. We’ll walk you through what to expect, starting from Grand Central Station because, no, you don’t need a car to get there. 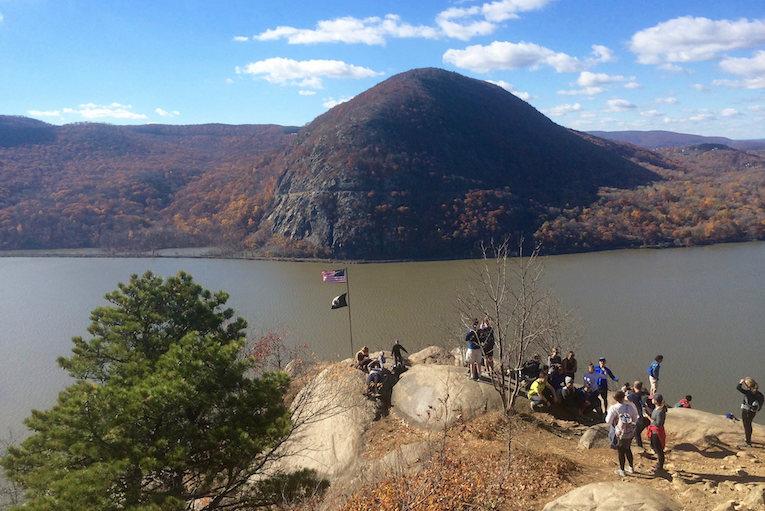 You can take the Metro North from Grand Central Station or catch the train from Harlem’s 125th Street Station. You need a ticket to Breakneck Ridge, and from New York City ($26.50 roundtrip), it’ll be about a 1.5-hour ride.

2. Get off at the Breakneck Ridge station. 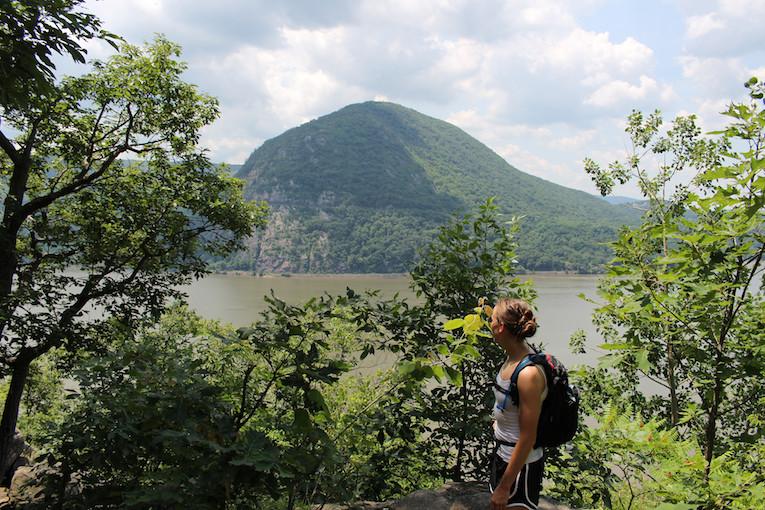 In order to hop off the train at the Breakneck Ridge stop, you have to be in the back two train cars. The platform is tiny, so if you’re up front, you’re out of luck. The train conductor will make announcements reminding you to situate yourself in the back of the train as you approach Breakneck.

After you disembark the train, it’s a quick walk to the trailhead. But be warned: there’s no official path to the trail from the train — just a dirt path along the side of the highway. If in doubt, follow the other train passengers wearing hiking boots. We’ve always seen a pack of urbanites in need of some forest time on our Breakneck excursions. 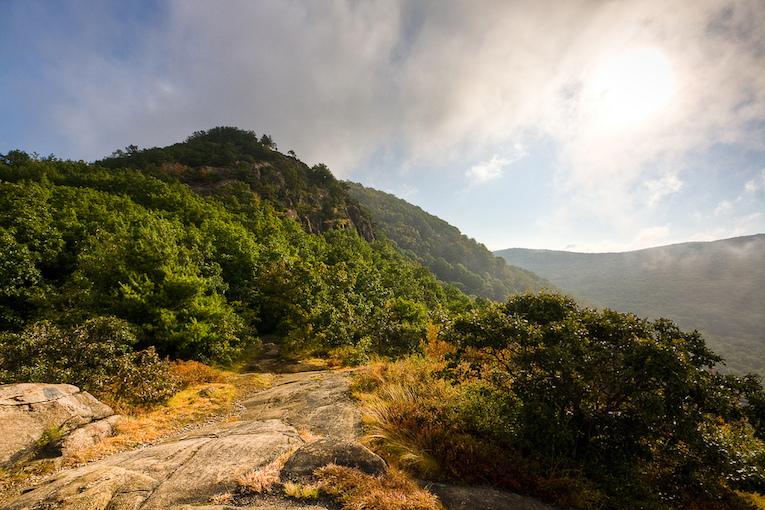 Did you bring water? A snack? Need to stop in the porta potty? This is your last chance before heading straight up-up-up the trail. On summer days, you might find a hot dog truck selling cold water and snacks. On less popular days, you might be outta luck. However, if you forgot water, don’t try to hike this trail anyway. It’s a tough one, even for seasoned hikers. 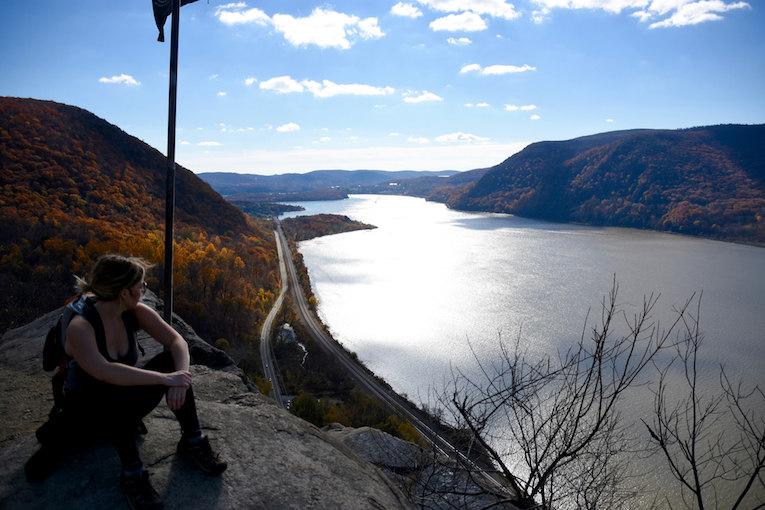 Breakneck Ridge doesn’t ease you in. As soon as you step on the trail, you have an incline ahead of you. And just a few feet in, the rock scrambling begins. All total, you have less than a mile of scrambling to accomplish, but since you’re going straight up, it feels like much farther. There are three main sections, each with a gorgeous viewpoint and perfect resting spot at the summit of each scramble.

Fair warning: When you think you’re at the top, you’re not there yet. Round the bend and get ready for round three of climbing. 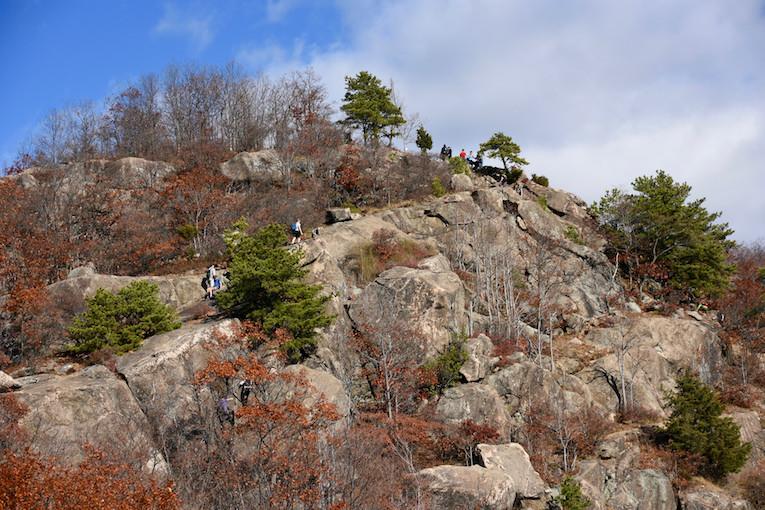 The climbing gets tougher and riskier the higher you go. Yes, this seems obvious in theory, but when you’re holding yourself wedged between two boulders and accidentally glance over the edge, it’s not quite as clear-cut. Always take things slow, and if you’re scared of heights, you can take the alternate routes that make things a little easier on your phobias.

6. Enjoy your accomplishment at the summit. 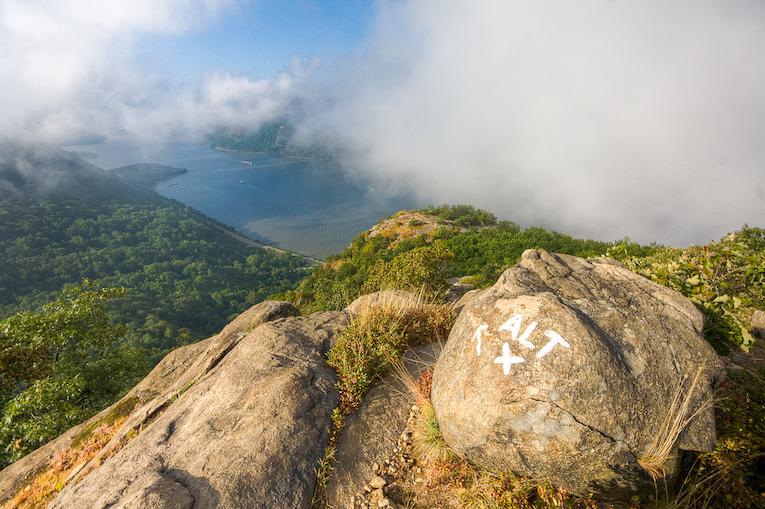 Unlike most hikes, the very top of Breakneck Ridge isn’t the prettiest view. But it is a good moment to unclench your nerves, breathe deeply and drink some water. Also unlike many hikes, the bulk of the Breakneck trail comes after the big climb. You can choose between two routes, ranging from a couple of miles to nearly five miles, and you can ponder how much more hiking you want to do from the top. 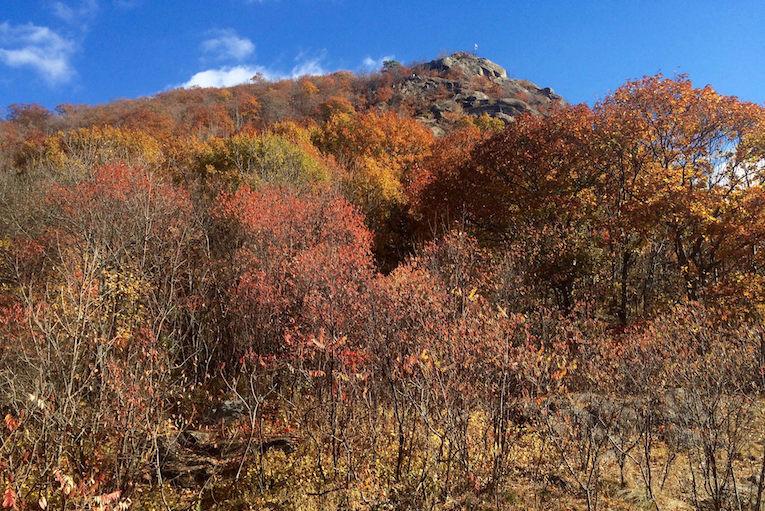 If you’re flexible on time or have a car, consider making your hike into a Hudson Valley day trip. After hiking, stop in Peekskill, Cold Spring or Tarrytown for lunch — or ice cream from the Hudson Creamery and beer from the Peekskill Brewery in Peekskill.

Breakneck Ridge Trail will be closing at some point in the near future for repairs, so we suggest doing a quick Google search before heading out.

These Beginner Hikes Around The Country Are Easy, But Far From Boring