The Ultimate Guide To Choosing Where To Go In India 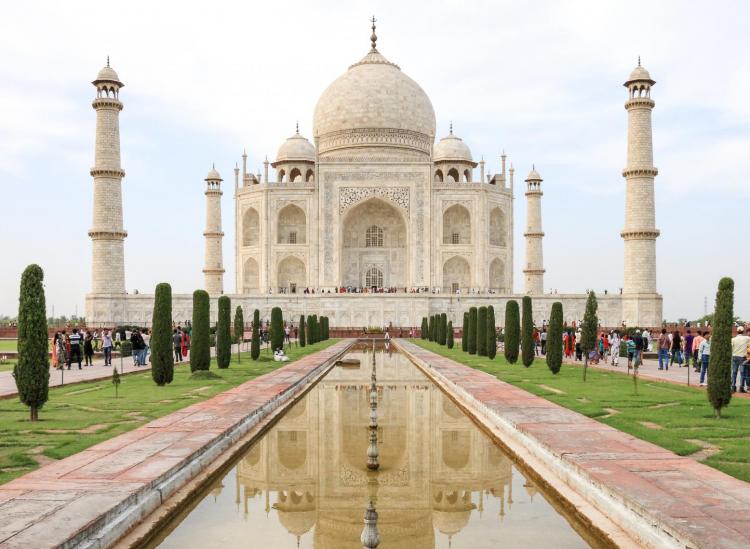 India can be an intimidating trip for travelers. The country is enormous, with bustling cities, vast national parks teeming with wildlife and tropical beaches. And it’s a developing country, which can challenge travelers used to very well-trodden tourist trails. But that same aspect will thrill travelers eager to soak up Indian culture, food and sights in the most authentic way possible. Here’s how to narrow down your options, depending on your trip goals. These are some of the best places to visit in India, regardless of whether you’re on your first trip or your tenth. 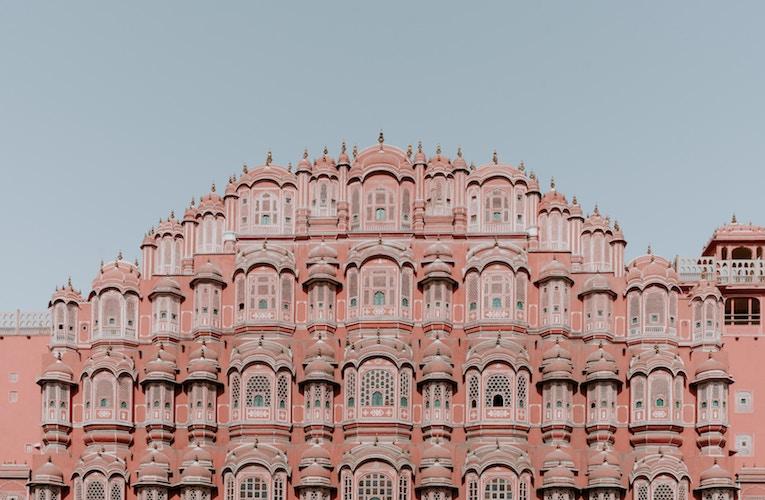 If you’re going to India to see the big three (the Red Fort, the Taj Mahal and the Pink City), you want the Golden Triangle. That’s a trifecta of India’s most popular destinations in Delhi, Agra and Jaipur. You can do this itinerary in a week if you want to spend two days in each city before moving on to the next one, but that’s a little rushed. We’d suggest at least 10 days in India so you can take your time exploring.

You’ll likely fly into Delhi, making it an ideal launching point for your first days in India. You can spend that time adjusting to the time zone and culture — many Westerners report experiencing culture shock in their first hours in India before falling in love with the country — and then beginning your sightseeing checklist. Delhi boasts more than the Red Fort, from Humayun’s Tomb (Persian meets Mughal architecture, surrounded by gardens) to the bazaars of Old Delhi (shopping galore in the almost medieval-feeling town).

Next up is Agra, to visit India’s most famous site: the Taj Mahal. You can also see Agra Fort, one of the best examples of a Mughal fort in the entire country, and several exquisite nearby tombs. There’s the town of Fatehpur Sikri as well, where you’ll find the incomparable Jama Masjid mosque.

The biggest draw to Jaipur is the Old City, AKA the Pink City. Must-sees include the City Palace that gives visitors a taste of royal life (the royal family of Jaipur still lives here), the Hawa Mahal (an intricately carved pink sandstone building with 900 windows) and Amer Fort, a gigantic fortress located right outside the city (and the filming location of many Bollywood movies). 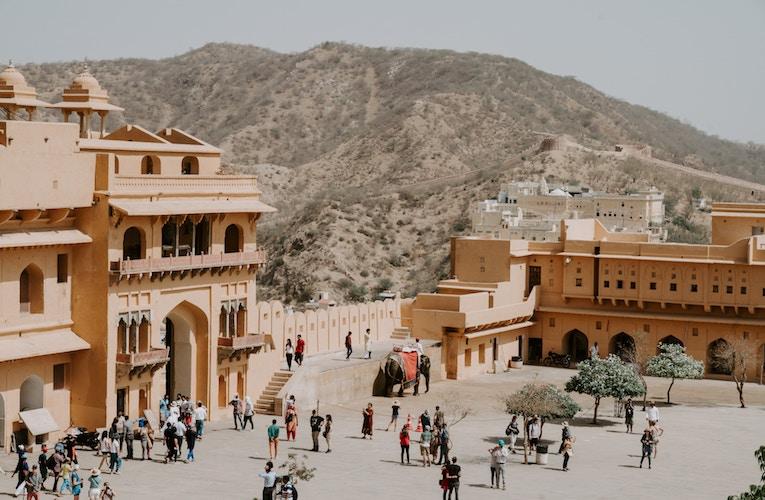 Jaipur is the capital city of India’s largest state, Rajasthan. The northwestern state near Pakistan is one of the country’s most colorful. Start with Jaipur for all of the aforementioned reasons, plus the ability to leisurely wander through the city’s best shopping areas. Embroidery is big in this region, so be sure to save suitcase space for your souvenir purchases.

Desert Rajasthan is surprisingly stocked with lakes. In fact, the city of Udaipur is sometimes called the Venice of the East because of the waterfront palaces on Lake Pichola. The Lake Palace is the most famous, but views of the classic architecture against the water are fantastic from many palaces, temples and marketplaces.

For a mythology-filled stop, visit Pushkar. The lakeside city is a sacred Hindu site and a pilgrimage point for both the Hindu and Sikh faiths. Pushkar hosts an annual camel festival, with races, dances and competitions on the lakeshore. Further west, you’ll find a true desert fortress in Jaisalmer. It’s called the Golden City, with old ramparts and 99 bastions surrounding the stone structure. Inside the fort, you’ll find markets, the royal palace and maze-like streets.

The Big Cities: Delhi Or Mumbai 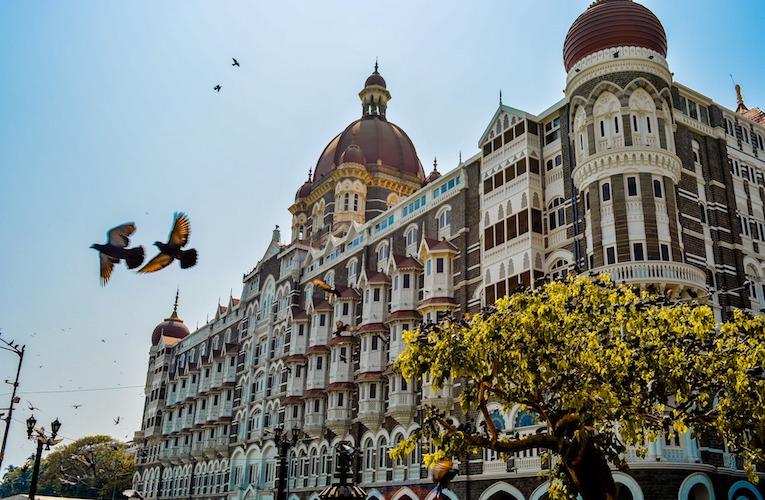 There’s a big debate for big city lovers on whether you should visit Delhi or Mumbai. Delhi is the more popular tourist destination since it’s part of the Golden Triangle. But where Delhi has the lock on historical culture, coastal Mumbai offers nightlife, Bollywood and the beach. We’d suggest Delhi for the short-term traveler. Mumbai would be a better stop for a long-term or return traveler.

India’s Beaches: Goa And The Islands 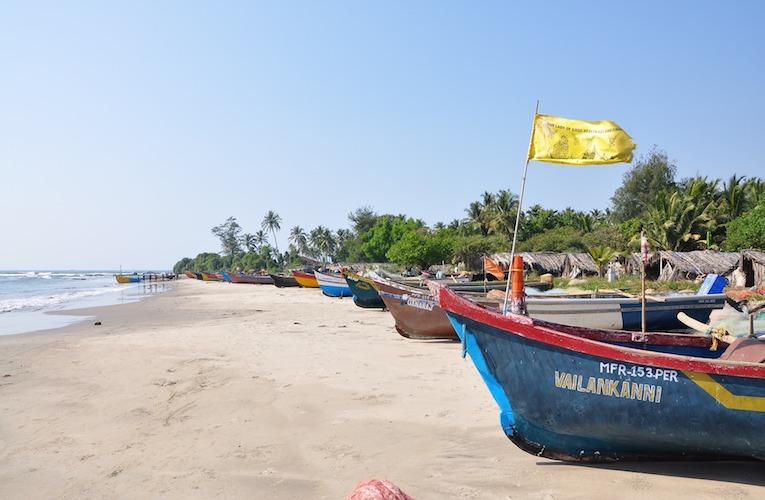 Many of India’s beaches are party central, like a lot of other beach destinations in Asia these days. But you can find whatever level of socializing you want here — the vast coastline gives you options. Goa is the most popular region for beach vacations. Palolem is a traveler fave for laid-back beach vibes, while Anjuna Beach is your spot for a party and Mandrem Beach is a quieter stretch of sand.

Off the coast of the mainland, you’ll find the Andaman and Nicobar Islands. They’re about halfway between India and Thailand in the Bay of Bengal, and the beaches are everything you’d want from an island in either location. You’re looking at true blue water, green plant life and white sand beaches.

Rivers, Jungles And Mountains: Kerala And The Himalayas 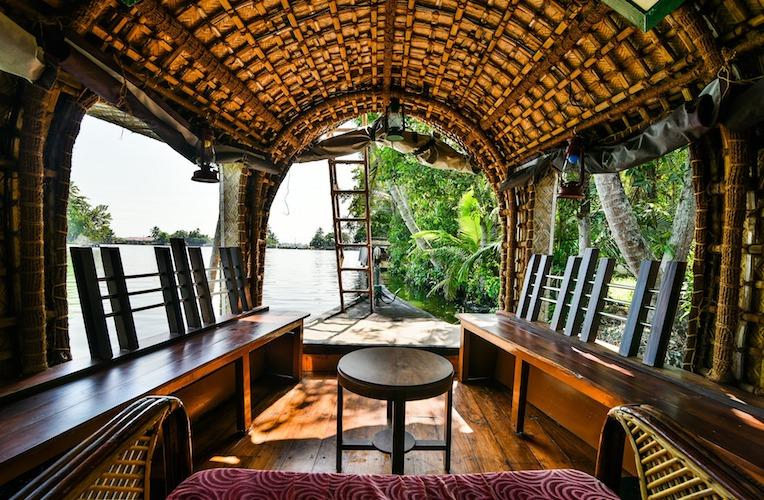 South India’s Kerala has some of the most beautiful landscapes you’ll find in the entire country. The backwaters of Kerala are famous for houseboat cruises. You can take a boat ride along the tranquil rivers, sailing past jungles in a mini hotel houseboat.

Your green mountain dreams will lead to the Western Ghats. The biodiverse UNESCO World Heritage Site mountain range runs along the western coast of India. You can trek to and from various hill stations here. They’re towns high in the lush hills created to be a break from the heat.

If you’re searching for some higher peaks, the Himalayas await in northeastern India near the Bhutanese, Tibetan and Nepali borders. Don’t miss Sikkim, Meghalaya. It’s a tiny alpine town with trails leading to Buddhist monasteries, glaciers and Kangchenjunga, India’s highest mountain (which sits at more than 28,000 feet above sea level). 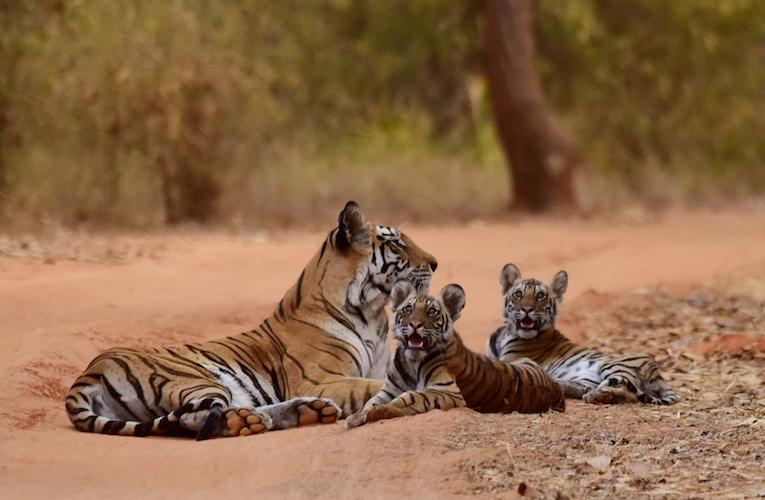 So you want to see a tiger, but you don’t know which park will be your best bet for spotting an elusive big cat. You have several main options. Bandhavgarh National Park has the highest concentration of Bengal tigers in the world, as well as a solid leopard population. Jim Corbett National Park has more tigers spread out over more land and is also home to elephants, monkeys and sloth bears. At Ranthambore National Park, you might be more likely to spot a crocodile than a tiger, but you’ll still enjoy marvelous nature views and a Bengal encounter if you’re lucky.

Off The Beaten Path: Varanasi And Hampi 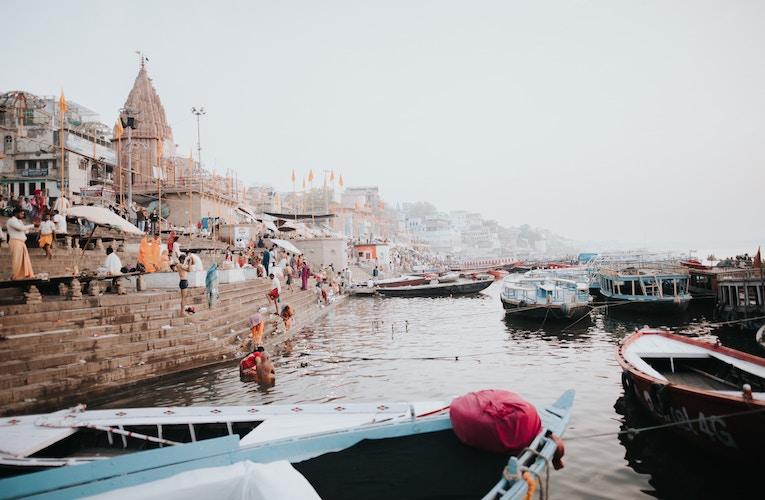 Varanasi is home to the Golden Temple, one of the most beautiful Hindu temples in the country. The sacred water of the Ganges is also a Hindu pilgrimage site and where the dead are brought to be cremated in traditional customs, meaning visitors to Varanasi will be surrounded by religious traditions. However, this northeastern Indian city is more chaotic than Delhi or Agra, meaning the culture shock is real here. Save this spot for a while into your trip or your second time in India.

The abandoned ruins of Hampi contain Islamic architecture and statues of Hindu gods, making this spot a fascinating blend of cultures. You can wander at will through the ruins of the city of Vijayanagar, which was abandoned in the 14th century, or visit Anegundi, the hippie paradise on the other side of the river.

The Differences Between Eastern And Western Yoga Are Dramatic

Do-Gooders, Here’s What You Should Know About Volunteering Abroad