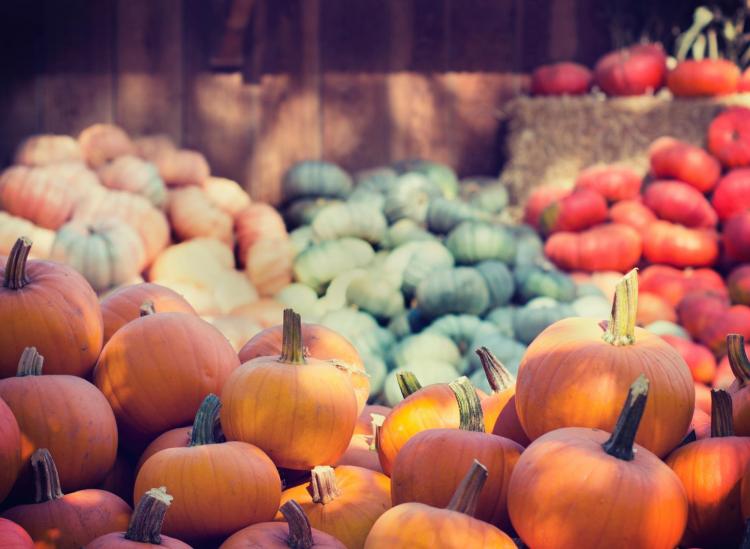 Produce is considered “seasonal” when it’s purchased and consumed around the same time that it’s harvested. Since they don’t require long-distance transport, seasonal fruits and veggies tend to be fresher, tastier and more nutritious than produce that’s consumed out of season. What’s more, purchasing locally-grown food (as opposed to food that’s been imported) benefits the economy and local farmers. Eating mostly seasonal produce can also benefit the environment because it requires less human assistance through the use of pesticides and genetic modification when they’re grown in season.

It can be tempting to stick to fruits and vegetables with which you’re already familiar, but consider expanding your produce selection by trying a few of these in-season foods instead. All seven of these veggies are naturally harvested during the colder, winter months. Happy cooking! 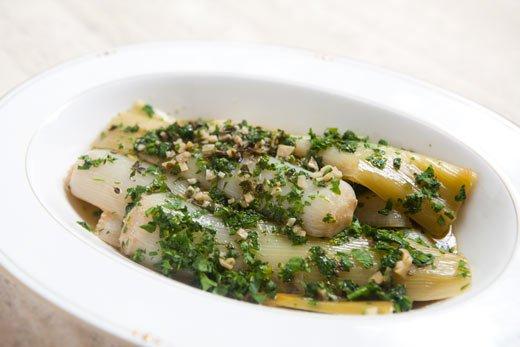 Leeks are closely related to garlic, onions, shallots and scallions, but they have a slightly more delicate and sweet flavor compared to onions and shallots so you can add them to recipes without overpowering other flavors. Leeks are in season starting in the fall up until early spring. They’re packed with many essential vitamins like vitamin K (29 percent of your recommended daily value), which is essential for proper blood clotting.

When it comes to using leeks in the kitchen, these veggies can easily be incorporated into everyday recipes like soups, salads and stir-frys or simply sautéed with a little bit of butter. Check out this braised leeks recipe from Simply Recipes for buttery leeks that are ready in under an hour. 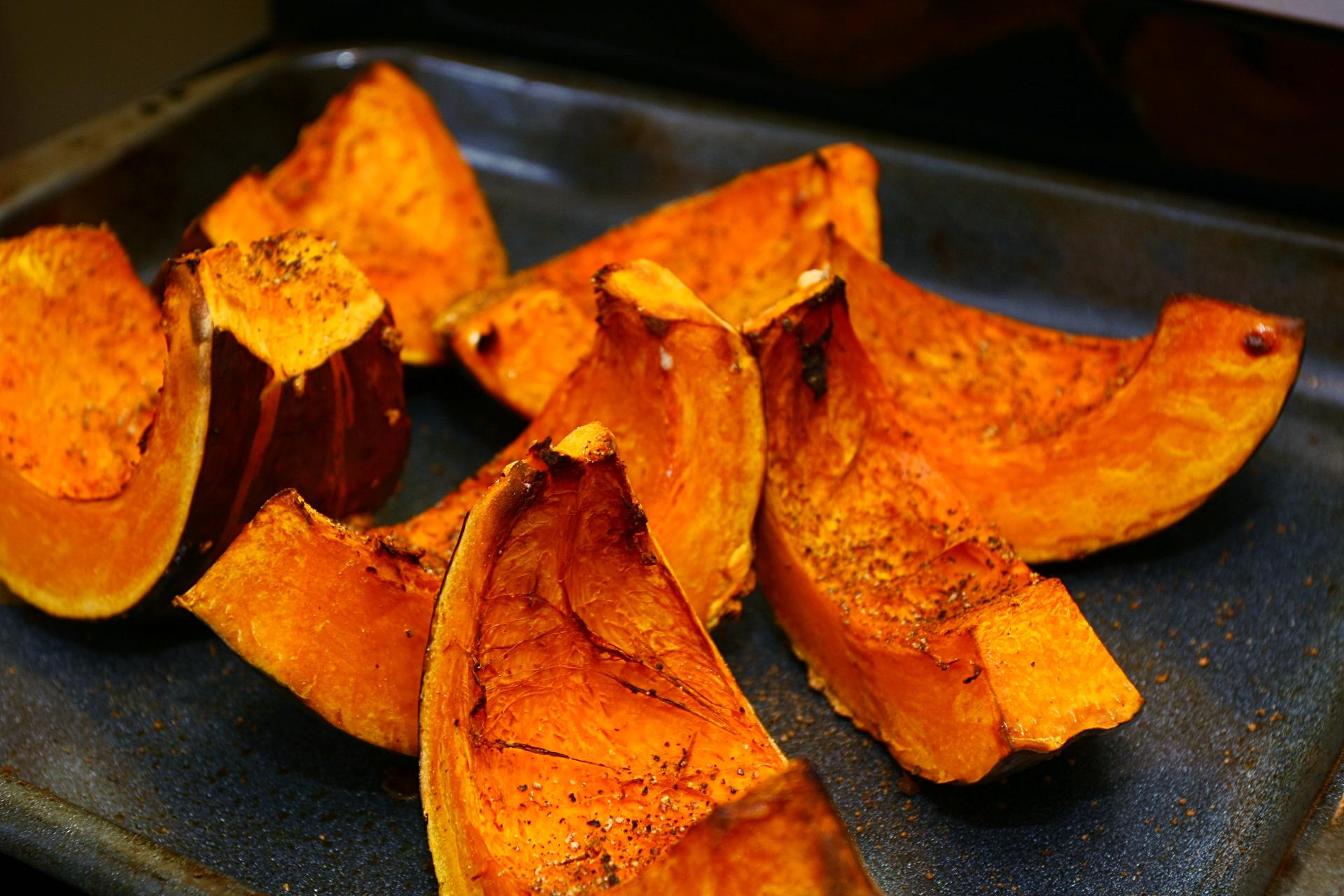 This squash variety is part of the broader winter squash family that also includes acorn squash, buttercup squash and pumpkin. Butternut squash is distinguished by its smooth, cream-colored exterior and bright orange flesh. It’s the sweetest of all winter squash varieties and has a slightly nutty flavor similar to that of pumpkin. Butternut squash is also a great source of filling fiber and vitamin A.

It’s extremely versatile in the kitchen and it can easily be roasted, sautéed and used to make purées or soups. You can simply roast butternut squash in the oven by drizzling it with olive oil, salt and pepper. This easy roasted butternut squash recipe from the Food Network will get you delicious squash in under 30 minutes. 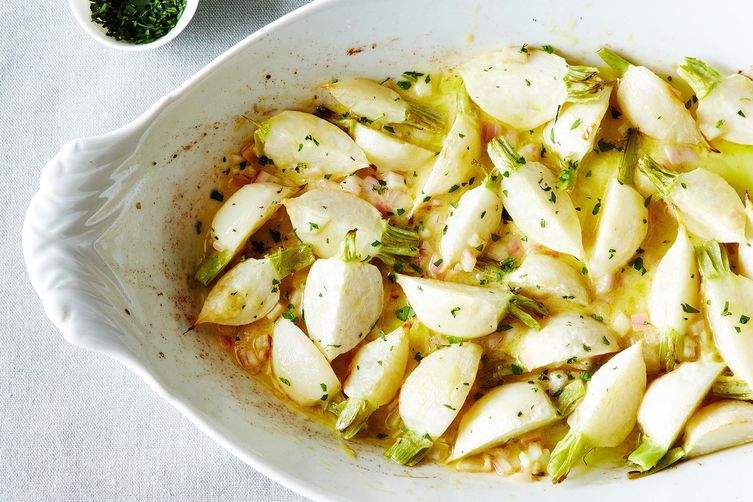 Turnips are root vegetables commonly grown in temperate climates worldwide. The veggies consist of turnip greens and crunchy roots, and both parts of the turnip are edible. Turnip greens are a great source of vitamin A and can easily substitute for spinach and chard in most recipes. The crunchy bulb of the veggie can be boiled, baked and eaten just like a potato with a little butter and salt. They can also easily be used in stews, soups or mashed alongside potatoes. This roasted baby turnips recipe from Food52 can be pulled together as a last-minute side dish for any occasion. It calls for roasting the turnips and slathering them with dijon-shallot vinaigrette. 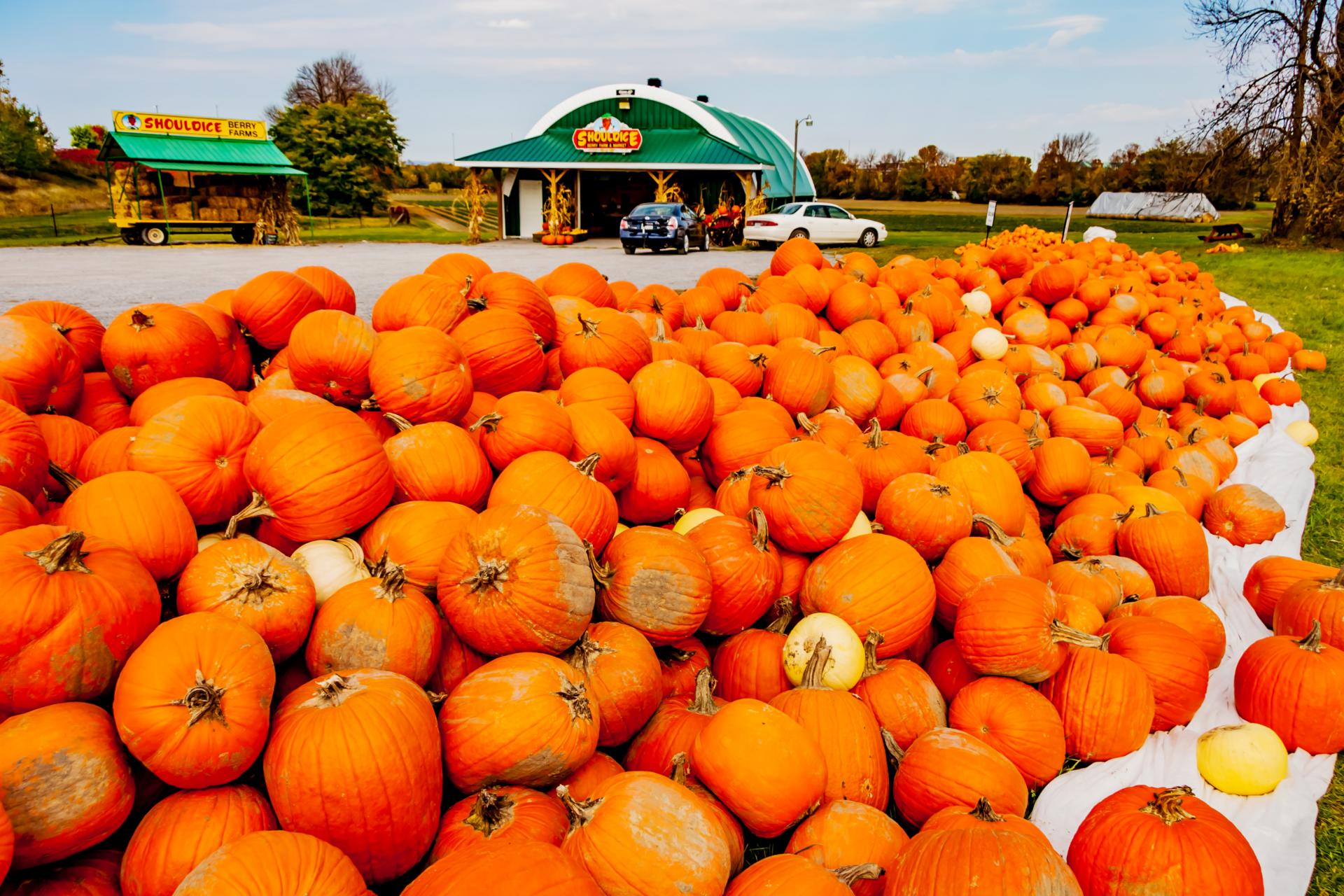 Guess what? Your favorite Thanksgiving companion is still in season long after that turkey dinner is complete, and it can be used for way more than just pumpkin pie. Like butternut squash, pumpkin is part of the winter squash family. Pumpkins used for cooking are a lot smaller than the ones used for decoration, so when you’re picking a pumpkin to use in the kitchen, make sure you select a variety specifically grown for eating and not carving. Sugar pumpkins, sweet pumpkins, cheese pumpkins and heirloom pumpkins are some of the best varieties to use when cooking. These varieties have a sweeter taste than the ones used for decorating during Halloween.

Like other squash varieties, pumpkins are great for baking, roasting and puréeing. They can be used in soups, curries and, of course, pies. This pumpkin chili macaroni and cheese recipe from Destination Delish will make you want to ditch microwavable mac ‘n’ cheese for good. 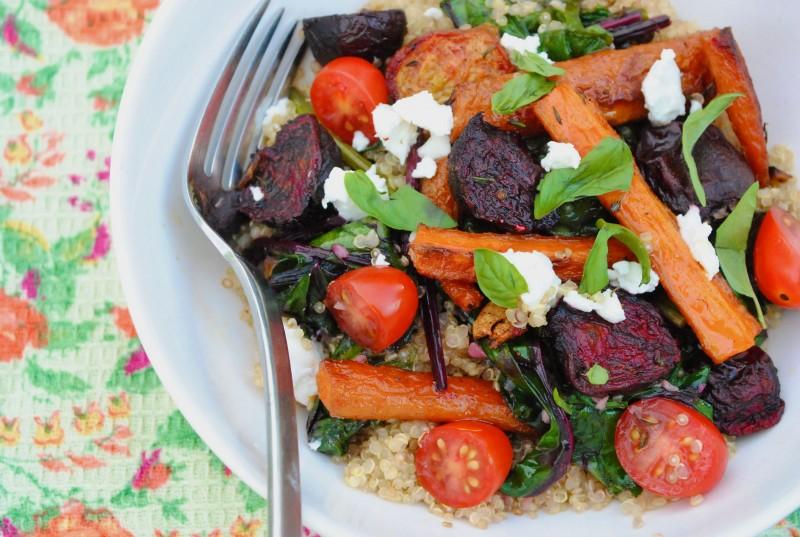 The beetroot, usually known in the United States as the beet, is the taproot portion of the beet plant. It’s known for being full of essential nutrients like B vitamins, iron, manganese, copper, magnesium and potassium.

Beets are super sweet and their beautiful colors can be a great addition to any dish. This veggie is typically used to adorn salads and it’s often roasted alongside goat cheese. But you can even eat them raw with a little salt and lemon. If you’re looking to enjoy a seasonal take on this yummy veggie, consider checking out this warm quinoa salad with roasted beets and carrots recipe from Bev Cooks. Bonus: It’s vegetarian. 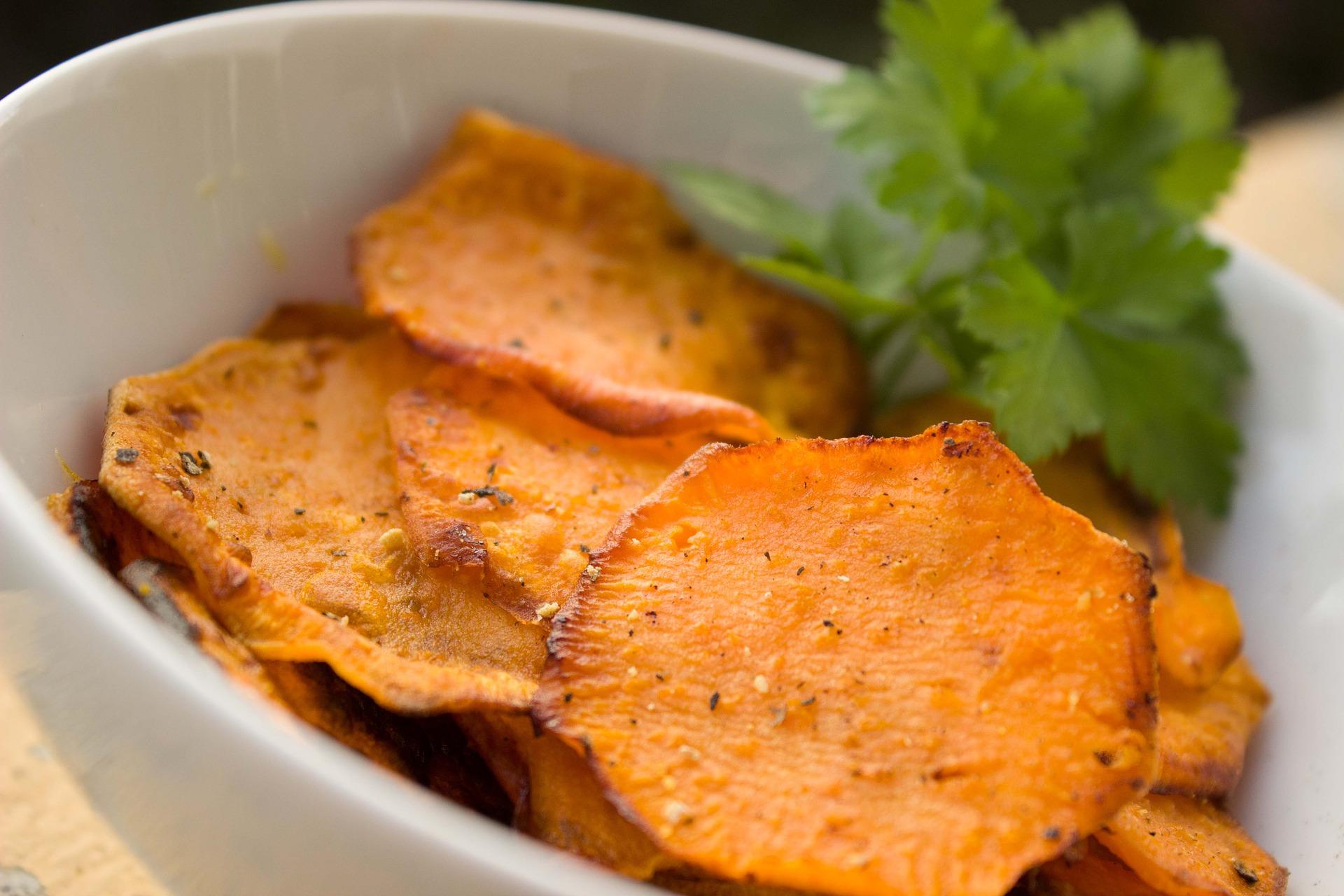 This starchy vegetable is one of the healthiest picks in the potato family. It’s packed with vitamin C and vitamin A, and it’s a low-glycemic carb so it won’t spike your blood sugar and cause crazy cravings. Sweet potatoes come in many varieties including white, orange and purple. The white and orange varieties are quite sweet, whereas the purple kind is a little more bitter.

Sweet potatoes are extremely versatile in the kitchen and can be substituted in pretty much any dish that calls for potatoes. Eat them baked with sour cream or prepare them in the oven with a little olive oil. This parmesan sweet potatoes recipe from Cooktoria adds a cheesy twist to your classic baked sweet potato chips, and we’re all about it. 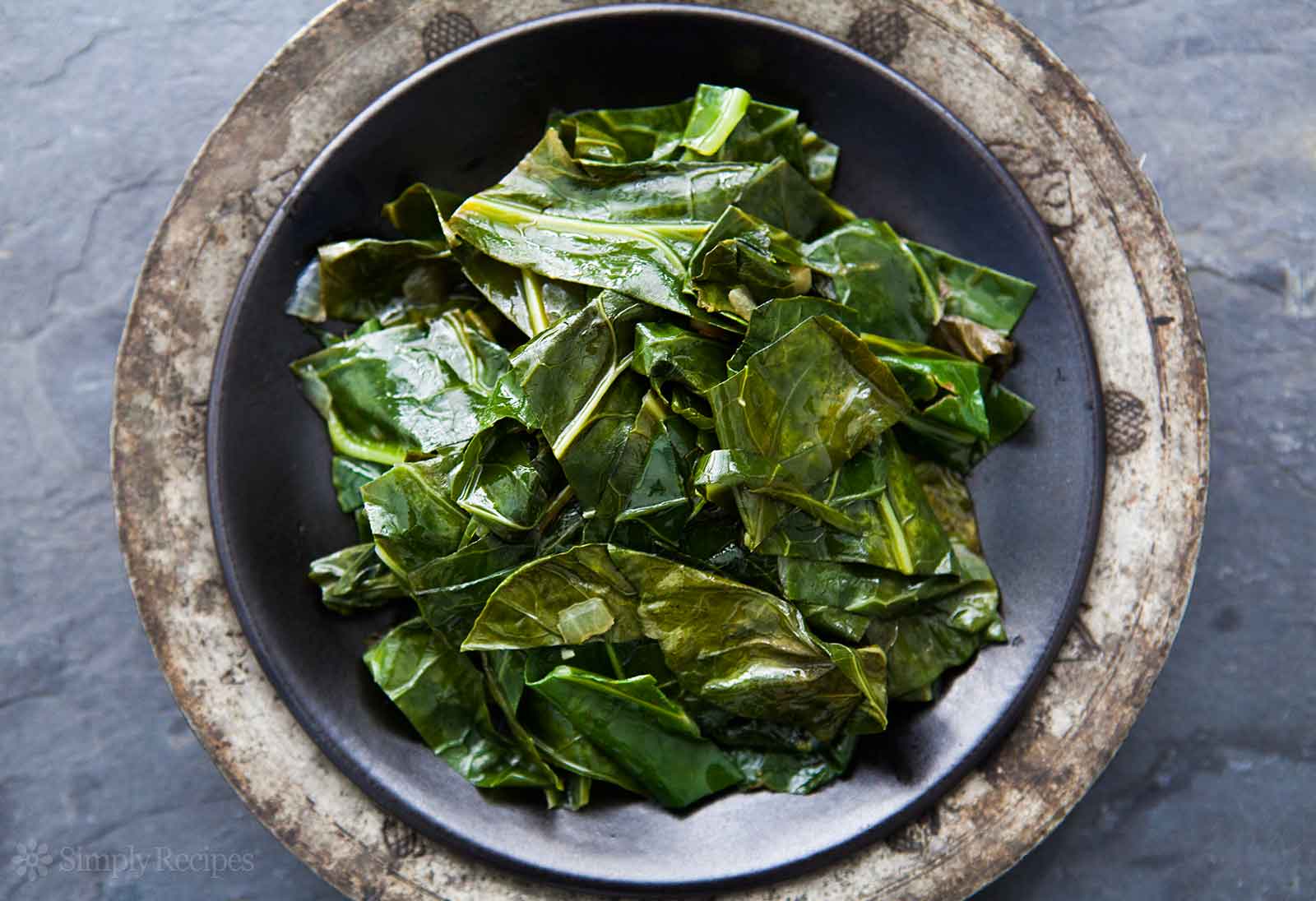 These veggies are part of the acephala group of plants, which also includes kale and spring greens. Collard greens are a staple in Southern cuisine, often paired with fried chicken, honey-glazed ham or bacon. But since these leafy greens hold up so well under heat, they are very versatile and can be used as an addition to a variety of dishes.

Add braised collard greens to pasta or roll them and stuff them with rice and other veggies. In order to soften the natural bitterness of collard greens, cook them for several hours. This collard greens recipe from Simply Recipes calls for cooking this leafy veggie with onion, garlic, chile pepper flakes, bacon fat and dark sesame oil. You can have it ready in under 25 minutes!

3 Underrated Spices You Should Add To Your Seasoning Routine