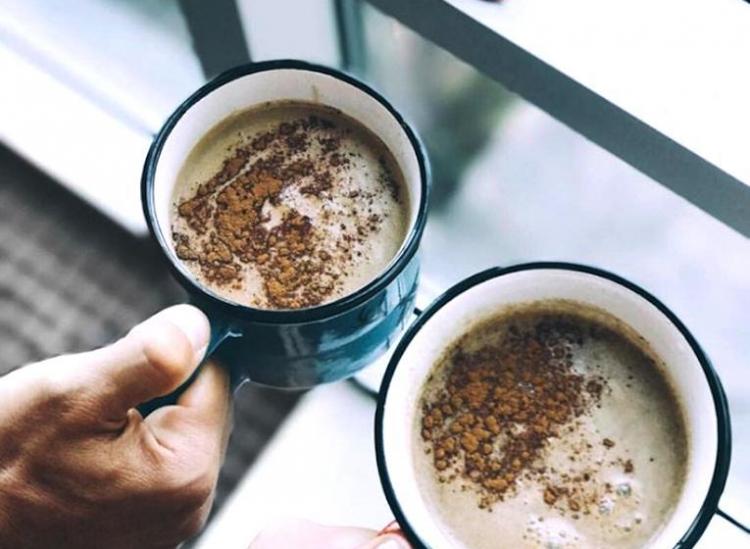 You might want to start drinking mushrooms. We’re not talking about the button mushrooms you add to your stir-fry or mushrooms with hallucinogenic effects. We’re talking about medicinal mushrooms, which have been coming more into the spotlight lately for their healing properties in the world of holistic nutrition. People are drinking mushrooms and the result is the potential for more energy and alertness without the anxious and restless feelings that come from a regular cup of Joe.

In the world of medicinal mushrooms, there are four main kinds that you’ll hear about: reishi, chaga, lion’s mane and cordyceps. In the holistic health world, you might see mushroom drinks ranging from lattes to tonics, with a goal of helping you feel more naturally focused.

The holistic health and beauty company Moon Juice makes a powder called Brain Dust, which is a combination of ginkgo (a root thought to improve brain function), lion’s mane (a medicinal mushroom known to be cognition-enhancing) and rhodiola (a root that’s known to help you concentrate). You can add this mushroom powder to any kind of drink whether it’s matcha, tea, milk or a smoothie.

You can also drink mushrooms like you would coffee. A company called Four Sigmatic makes mushroom coffee and mushroom elixers. A mushroom elixer is a powdered form of different kinds of medicinal mushrooms. You can add the elixer powder to your drinks in all four mushroom varieties including reishi, chaga, lion’s mane and cordyceps. Four Sigmatic’s mushroom coffee is made with organic Arabica coffee beans and it tastes more like coffee than mushrooms.

While Chinese medicine has been using medicinal mushrooms for centuries — primarily for strengthening the immune system, improving concentration and memory — the concept is finally becoming more mainstream in the wellness world and it’s about damn time.

As long as it doesn’t taste like we’re drinking mushrooms, we’re on board to kick our regular caffeine habits in a health-focused way. Bring on the fungi!

Here’s Your Guide To Cooking With Mushrooms

You’ve Never Heard Of Ashwagandha, But It’s Insanely Good For You