9 Weird Facts About Oreos That Will Blow Your Mind 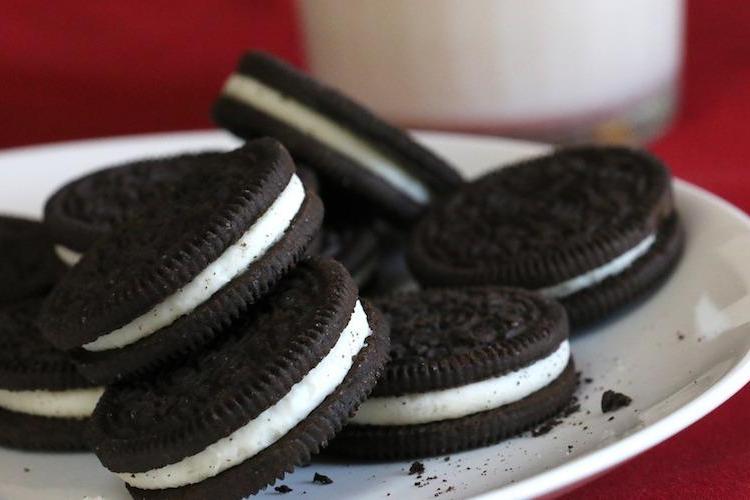 Give us a pack of Oreos and that’d make for a damn-near perfect day. But there’s a lot you probably didn’t know about the classic sandwich cookie. The weird Oreo facts below will no doubt leave you surprised.

Here are some strange facts you never knew about the cookie:

Hydrox, which is nearly identical in shape, color and taste, was always thought to be the knockoff of the cookie we all know and love today. Actually, Hydrox came first, having debuted in 1908, and Oreo followed suit in 1912.

2. The cream filling used to be made from pork fat.

It should come as no surprise that lard was heavily used in basically anything creamy back in the day. But the original Oreo cream center utilized actual pork fat. Sorry to anyone in the 1920s who was looking for a kosher treat.

3. No one really knows where the name “Oreo” came from.

The sandwich cookie has gone through small name changes since it debuted (at one point they were even called Oreo biscuits to try to appeal to the British), but no one knows where “Oreo” came from or what it was inspired by. Oh well.

Since 1912, more than 450 billion Oreos have been sold around the world. If you stacked all the cookies sold through the last 100+ years, they could reach the moon and back over five times.

The original was obviously the favorite and continued to be until this very moment, but the sandwich cookie makers also released a lemon meringue flavor. The tangy cookie was discontinued in the 1920s.

6. It takes approximately 59 minutes to make just one Oreo.

From mixing the batter, baking the cookies and whipping the cream, it takes almost an hour to finish up one of these babies. Add on the time it takes to print the classic Oreo design, which is 12 flowers, 12 dots and 12 dashes with 90 ridges around the edge, and it makes sense to us why it takes so long.

7. If you’re a woman, you’re more likely to eat your Oreo a certain way.

According to a survey Kraft sent out, women are more likely to twist the sandwich cookie apart instead of eating it whole. Woooooooah.

A group of high school students found after testing hundreds of Oreos that the double stuf cookie only has about 1.86 times more cream filling than the original. Like helloooo, where is the other .14?

9. Oreos are available in over 100 countries.

The flavors in America range from classic to creative (remember the Waffles and Syrup flavor?), but worldwide, flavors are out of control. You can try the insane flavors on your travels, like green tea ice cream in Japan, Dulce de Leche in Argentina and mango in China.