How To Know What To Order At That Delish Vietnamese Restaurant 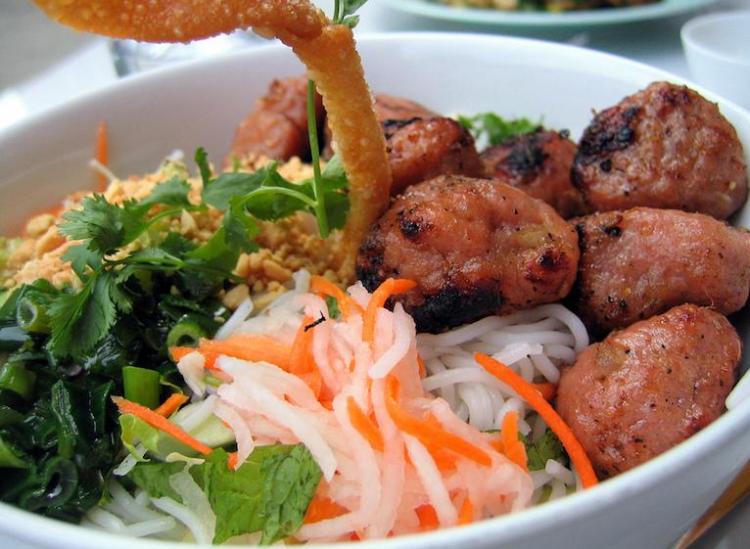 If you’ve ever had pho, you’ve had Vietnamese cuisine. Pho is like the gateway drug to Vietnamese food and once you start, you can’t stop. The cuisine is chock full of lemongrass, ginger, mint, chili, lime and fresh herbs with a minimal amount of dairy and oil. You’ll find a heavy reliance on fruits, vegetables and meats in this Southeast Asian cuisine. The next time you go out to eat and Vietnamese food is on the menu, we’ve got you covered.

With roots in Hanoi, Vietnam, bun cha is made with marinated grilled pork shoulder or pork belly, Vietnamese rice noodles, fresh herbs and served with a sweet chili dipping sauce. You’ll find this dish on pretty much every street corner in Vietnam.

Another dish that might be up there right next to pho at any Vietnamese restaurant is cha ca. This fish dish is a must-have if you make it to Hanoi or if you’re lucky enough to find an authentic version at a restaurant near you.

The marinated and fried fish is often served in a clay pot with vermicelli noodles, basil, roasted and peeled peanuts, fresh green onion, dill and a special sauce called mam tom. The real deal mam tom is made by combining sugar, shrimp paste, distilled wine, hot oil and chili. Lemon juice gets squeezed into the pan until the sauce becomes foamy. 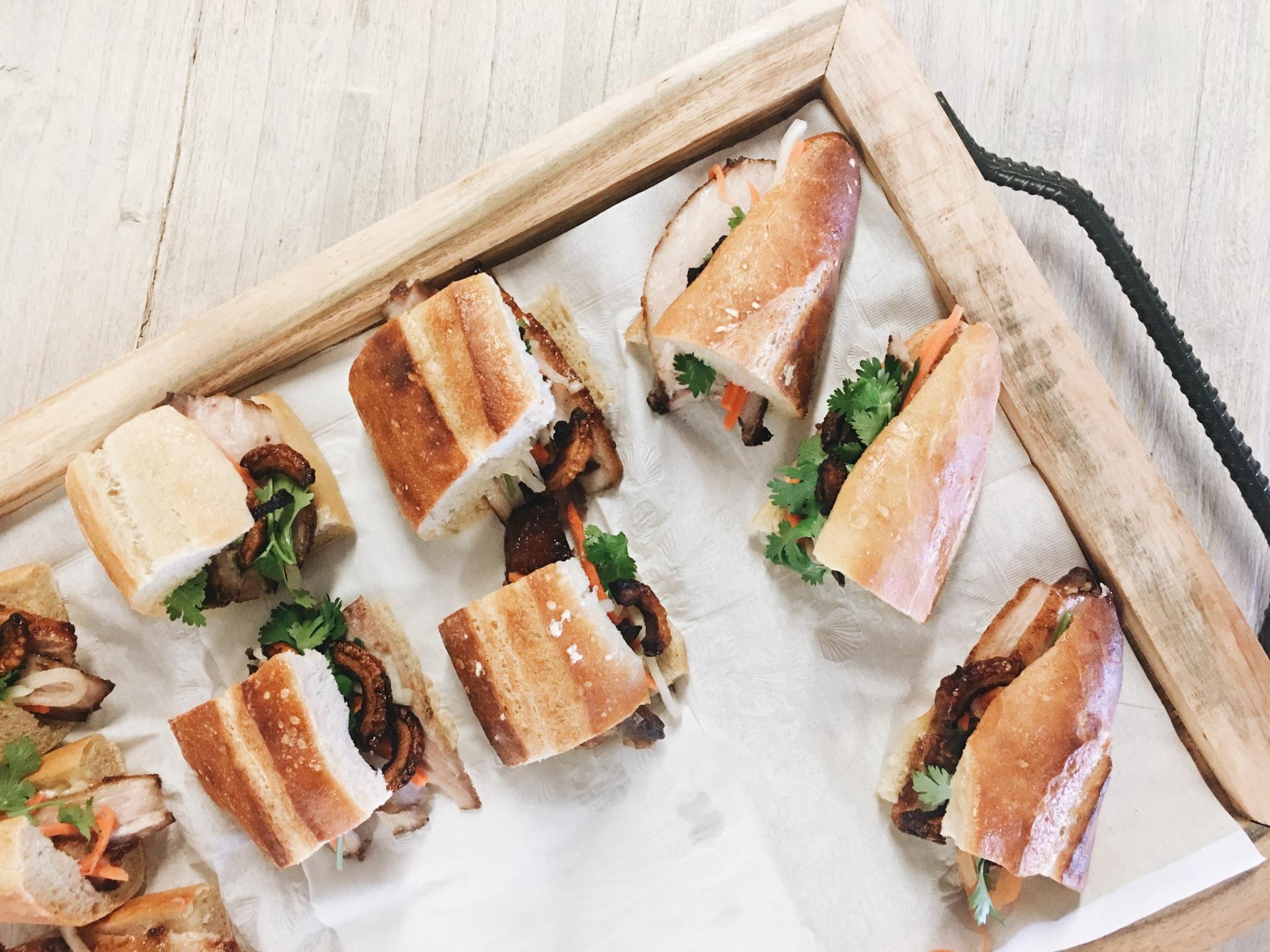 From Hanoi to Ho Chi Minh City, banh mi sandwiches reign supreme in Vietnamese cuisine. These sandwiches are all kinds of comforting. Depending on where you’re eating, a banh mi could be an entirely different sandwich. A lot of the time it’ll be a combination of meats and vegetables with some kind of spread (aioli or pâté) on a single-serving French-style baguette. Some of the vegetables might be pickled and some might be on the spicy side, but It’s mostly about the crunch contrast. If the bread is crunchy on the outside and soft on the inside, everything else falls into place.

If you can imagine a Vietnamese version of a zeppole it’d be banh cam. This deep-fried dessert is made with glutinous rice flour, covered with sesame seeds and stuffed with mung bean paste and jasmine flower essence. 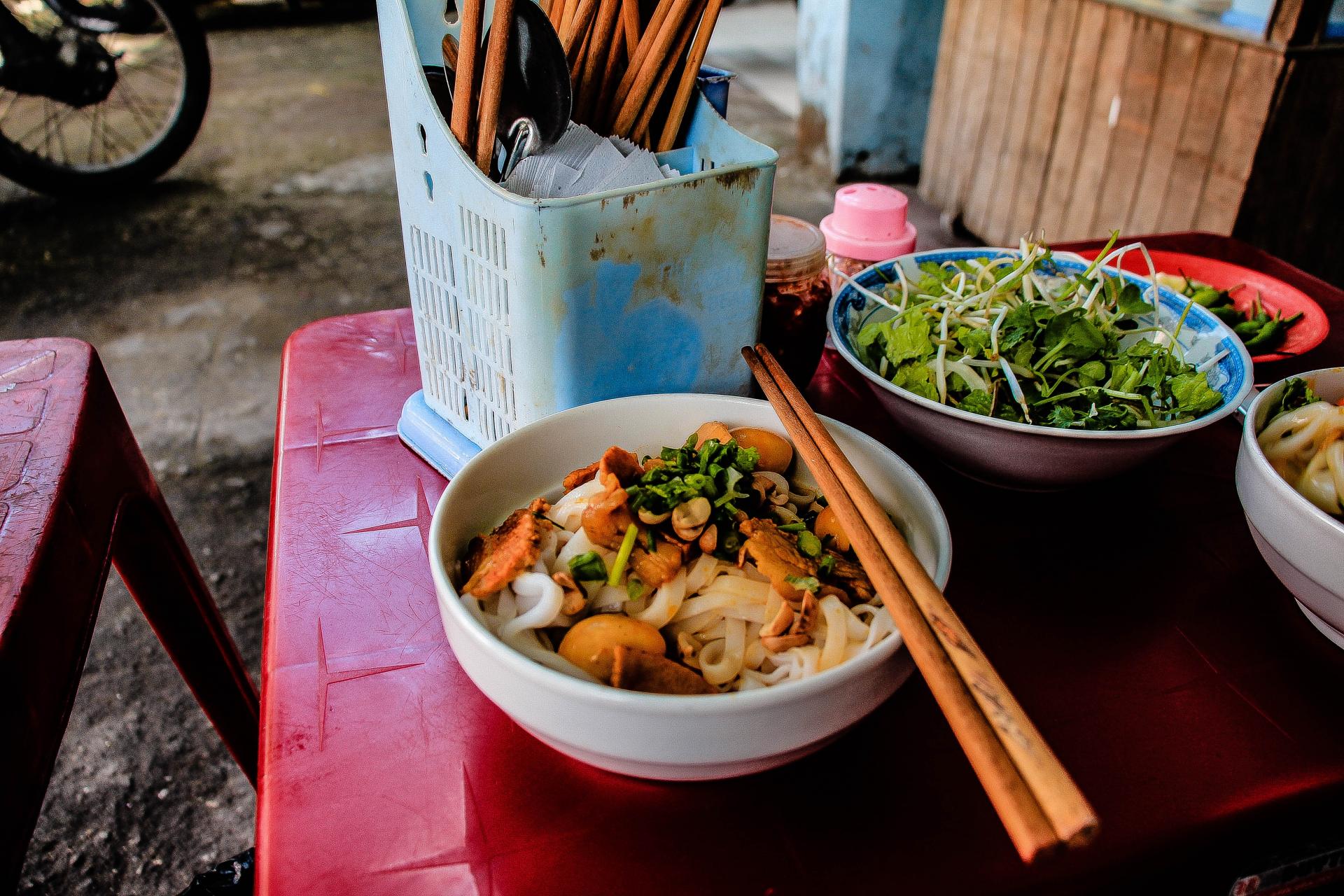 If you love ramen, chances are you’ll be a fan of pho. The noodle soup is much lighter than ramen with a thinner broth and Vietnamese noodles (rice noodles), instead of glutinous noodles used for ramen. The broth is flavored with fragrant spices like ginger, star anise, cloves, coriander, cardamom and cinnamon. Another big flavoring agent in pho is fish sauce. While the broth is light, the thin cuts of beef, Thai basil, cilantro, onions and bean sprouts make the dish hearty. Certain types of pho have a creamy broth with curry paste and coconut milk, but most of the time you’ll see a light beef bone broth. Sriracha and soy sauce are common toppings towards the end for extra flavor.

Vietnamese steamed rice rolls or banh cuon are made with thin sheets of steamed rice batter (made with sticky rice flour) and filled with minced pork, jicama and wood ear mushrooms. The rolls are glazed with scallion oil and crispy fried shallots and served with sliced cucumbers, Vietnamese herbs, chopped lettuce and bean sprouts. You might see Vietnamese sausage alongside banh cuon with a fish sauce for dipping. Packed with a ton a flavor, this Vietnamese dish could be anything from a light snack to a hearty dinner. 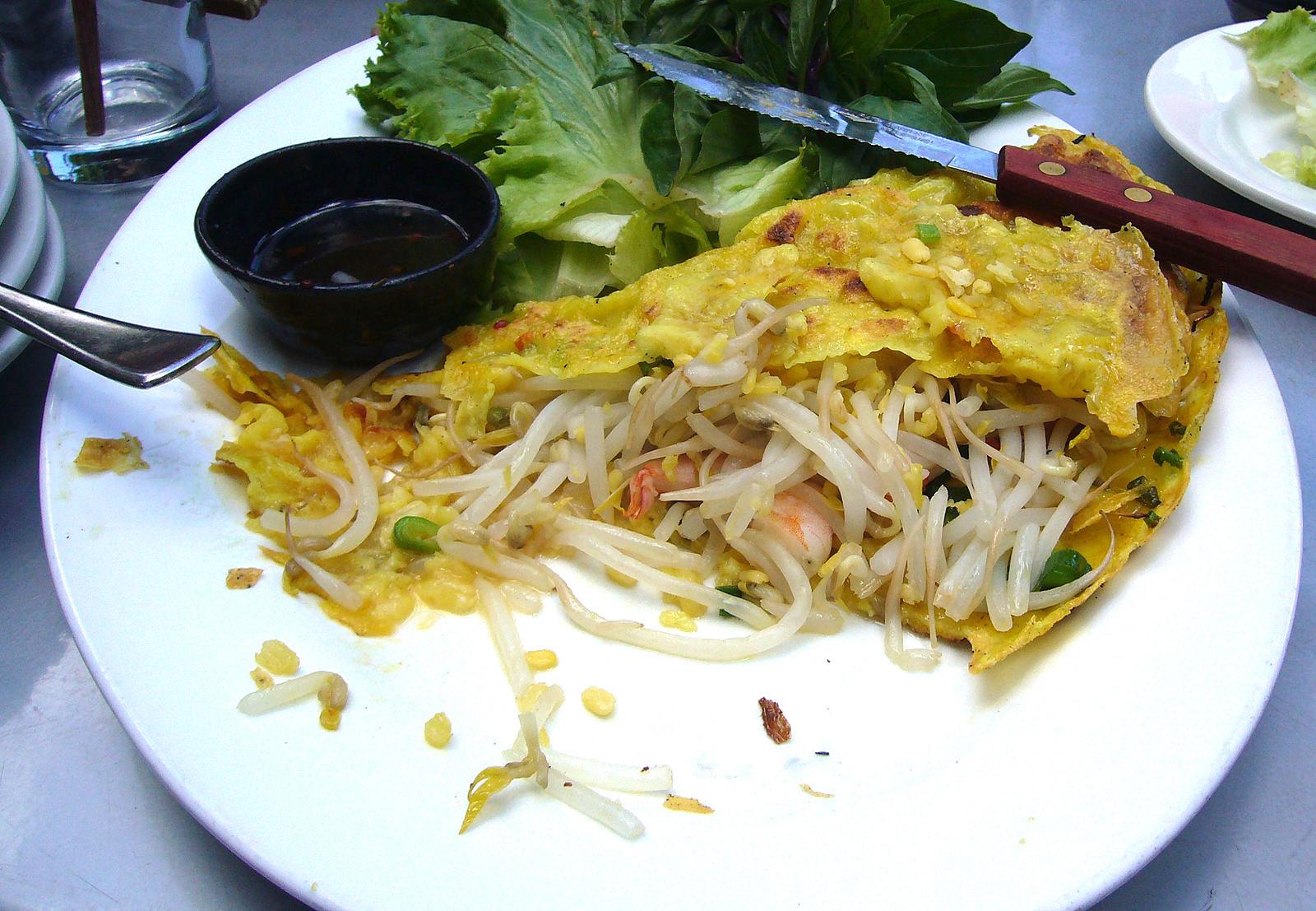 Think of banh xeo like a Vietnamese crepe. This is an awesome dish if you’re a vegetarian. Turmeric and rice flour batter are poured into a sizzling skillet to make the outer golden pancake layer of banh xeo. The thin pancake is stuffed with a wide range of ingredients from shrimp to scallions to mung beans to leafy greens to vermicelli noodles.

Similar to pho, banh canh is a soup boiled with meat, seafood or vegetables. The ingredients are marinated with spices and cooked until they’re well-done. Each kind of banh canh has its own flavor and distinctive taste, but you can always expect it to be chock full of protein and veggies.

For a Vietnamese dish that’ll cure your hangover or give you comfort like a bowl of chicken soup, chao ga is right up your alley. This chicken and rice soup falls into the category of congee, a hearty porridge made with rice and broth. Chao ga is typically thick and porridge-like with chicken, ginger and spices.

Vietnamese iced coffee is serious. It’s one of the most strong, indulgent coffee drinks we’ve come across in all of our coffee adventures. Known as ca phe, the Vietnamese-style coffee is made using a medium to coarse ground dark Vietnamese-grown coffee. It’s mixed with sweetened condensed milk, one-upping half-and-half in the creamy department. It’s perfect for washing down all of the tangy Vietnamese noodle dishes on the table.

The Trick To Incredible Pho Is All In the Stock