9 Lessons ‘The Parent Trap’ Can Teach You About Life 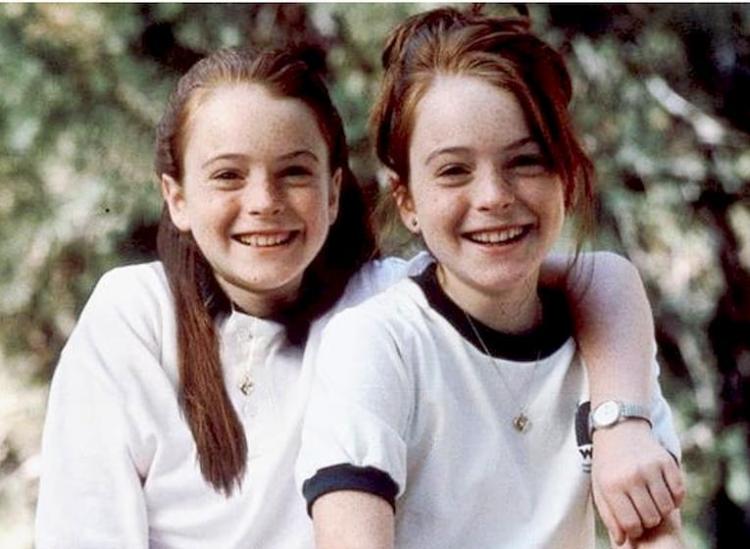 Life was never the same after Lindsay Lohan’s “The Parent Trap” was released in the late 90s. The classic film had kids all over the world crossing their fingers they’d discover a long-lost twin waiting for them at summer camp. The feel-good movie taught us how to handle step-moms, fake a British accent, eat Oreos the right way and pierce someone’s ear with an apple. Whether or not we knew it at the time, “The Parent Trap” taught us some pretty valuable life lessons that we can always carry with us.

1. Everyone needs a partner in crime.

We all wanted a twin after watching “The Parent Trap.” The plotting, the commiserating and the triumph are only worth it when you have someone to share the journey with. Annie and Hallie have pulled off the ultimate identity switch, traveling across the world to get their parents back together. They were lucky enough to have each other’s support, no matter what direction their plan went.

2. Be careful before you throw out old mementos.

For the minimalists out there who love to throw everything out, some things are worth holding on to. If Annie or Hallie had thrown out their wrinkled and torn half-photos of their parents, the two would’ve never reunited at camp.

We’re not condoning hoarding by any means, but it’s okay to hold on to mementos that remind you of a certain time or place in your life. Don’t be so quick to throw out a box of old stuff. You never know when you might discover a long-lost twin.

3. Secret handshakes have their place.

Annie and her butler Martin have a secret handshake, well more of a secret body shake, that they perform every time they’re together. It’s all kinds of cute. Secret handshakes might seem silly at the moment, but they create an instant bond between two people.  It’s also a great way to remember important people you come across.

4. Peanut butter and Oreos are a match made in heaven.

Annie and Hallie taught us one very important food lesson that stands the test of time. Oreos and peanut butter are a magical duo. This is the kind of life lesson that’ll follow you forever and you might even pass it on to your kids one day. In the movie, the twins realize they both eat their Oreos with peanut butter. This marks the beginning of their bonding, post-cabin sabotage.

5. Your gut instinct is usually right.

Throughout the movie, we’re constantly reminded that gut instincts are always the most valuable. It’s easy to second guess yourself, but when you follow your initial instincts, you’re usually right. Lindsay Lohan’s characters (both Annie James and Hallie Parker) had a feeling right off the bat that Meredith was up to no good, and they were right. Sometimes a first impression can be all you need.

6. Harmless pranks are SO satisfying.

It’s alright to admit how great a little revenge can feel, but there’s often a time and a place for it. If it’s a type of revenge that won’t alter the course of someone’s life, why not have a little fun? Towards the beginning of the movie, Hallie kicks ass at poker and Annie ends up losing the bet and jumping into the lake naked. When Annie realizes her clothes were stolen in the process, she plots revenge on Hallie by putting all of her cabin furniture up on the roof.

Hallie gets back at Annie by covering her entire bunk with honey and whipped cream. When Annie and her friends wake up, they’re covered with feathers and a giant water balloon falls straight onto Annie’s head. This was the kind of pure genius revenge that sparked decades of brilliant plotting. Thanks, Lindsay Lohan.

7. Sometimes, parents rely on their kids for sanity.

Parents need help more than we think. It’s normal to think your parents are invincible when you’re younger, but there comes a time when you realize parents are only human and they may need your support.

We’re reminded through the movie just how important Annie and Hallie are to their parents. Nick looks to Hallie for approval when it comes to proposing to Meredith and Liz looks to Annie for support when it comes time to reunite with their father. Sometimes the kid needs to act like the parent and be the voice of reason.

8. People can grow to love each other.

People adapt and people evolve. You might grow out of certain friendships by the time you’re an adult. It’s healthy to surround yourself with people who make you happy and make you feel good about yourself. Someone you might’ve hated as a child could end up becoming your best friend later on in life.

In “The Parent Trap,” Nick and Liz had a rough separation because they were both young and self-involved when the twins were born. When the couple is reunited, and they’ve grown into their own, the two fall madly back in love. This goes to show you that even if you hate someone with every fiber of your being, over time you might grow to love them.

We can all agree that one of the top five moments from “The Parent Trap” happens when the girl’s father Nick (played by Dennis Quaid) gets an ultimatum from his soon-to-be wife Meredith. After the twins push her air mattress into the middle of the lake while she’s sleeping, Meredith marches to shore soaking wet telling Nick, “Get the picture? It’s me, or them, take your pick.” Nick comes back at her and says, “Them. T.H.E.M. Get the picture?” Ugh, this scene is a real tear-jerker.

Above all, family will always come first. Whether it’s the family you were born into or the family you choose, it’s always important to keep close the ones that love you unconditionally.

7 Critical Pieces Of Life Advice We Learned From ‘Friends’