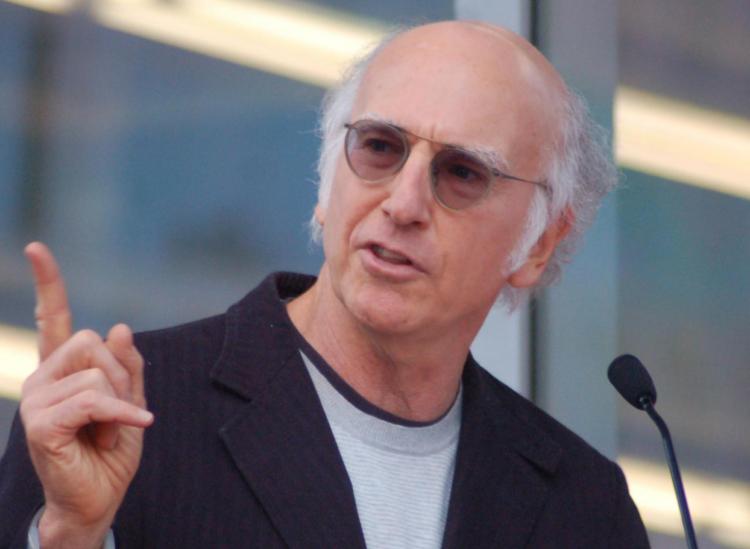 If you’re a Seinfeld fan, there’s a “prettay prettay prettay” good chance you’re into Curb Your Enthusiasm (or Curb), starring the co-creator of Seinfeld, Larry David. Curb is the ideal show for those of us who might be slightly or moderately awkward, stubborn and sarcastic. Each episode is basically a masterpiece on its own, so you can pick up anywhere in the season and feel right at home. Just about anyone can relate to Larry’s asshole mentality and you can learn some solid life advice from his show.

Some might say Curb is offensive or even outrageous, but it’s also a genius creation that takes everything you love about Seinfeld and kicks it up about 10 notches of absurdity. You could be 15 years old, or 85, and you can still relate to the show.

For everyone who needs inspiration on how to navigate life through the eyes of a zero-f*cks comedian, here are 11 times Larry David nailed life advice.

Larry is having lunch with Jason Alexander (George Costanza) and it’s time to pay the bill. Larry wants to “coordinate” the tip and suggests, “Why don’t we leave the same thing so one of us doesn’t look like an idiot?” Everyone can relate to the tip struggle when you’re out to dinner with friends and don’t want to seem like frugal one of the bunch so you glance over at your friends check just to see. We can learn from Larry’s dramatic response that some people need to show off, so just do your own thing.

Larry, who shows literally no empathy for his friend’s dad who passed away, says, “With all due respect, don’t you think the sorry window is closed?” In his opinion, two years after the fact is way too late to be getting sorry’s. “That’s like saying Happy New Year in October.” Honestly, he’s not wrong, the pity party has to end at some point.

3. The Stop And Chat

Who really has time for a “stop and chat?” You shouldn’t have to stop and make small talk with someone you barely know. A simple “hey, how are you?” while you continue to walk away should do the trick. Take it from Larry, you don’t have time for that nonsense.

This is the probably the most useful life advice you can get. Larry’s “chat and cut” theory applies when someone feigns familiarity with a person they vaguely know for the sole purpose of cutting in line. The average person might let this slide, but not Larry.

Obviously, Larry has strong opinions about a “birthday cut off,” with the theory that people really shouldn’t be celebrating their birthday for more than three days after. He says, “Are you so desperate for a party that you have to have one two weeks after? Wait till next year, you missed it!” Blunt and accurate. Thanks for the pro tip Lar.

Larry gets put in his place real quick by a lady sitting in coach when he tries to use the coach bathroom instead of his own in first class. Not today sir, not today. Next time you think it’s a good idea to use whatever bathroom you want on a plane, just remember this ridiculous scene.

7. How To Order Coffee

Who needs to remember all of the intricate details of a latte order when you can ask for “some vanilla bullshit thing,” right? Larry seems oddly enthusiastic when the drink ends up being just milk and coffee.

Small talk sucks, that’s a given. The guy sitting next to Larry says, “I don’t really even know how to write cursive” and Larry jumps right to “medium talk” by saying, “So, how’s your marriage?” This is how everyone should handle dinner table conversations in our opinion.

Maggie Wheeler (Janice from Friends) asks Larry if he’s dating anyone and his response is about what you’d expect from the lovable curmudgeon. He says, “A date is an experience you have with another person that makes you appreciate being alone.” YUP. AGREED.

Julia-Louis Dreyfus (Elaine from Seinfeld) accuses Larry of leaving a mark on the table from his drink and lack of a coaster. Larry denies any involvement in the incident. He claims he always holds onto his drinks in social situations to make him feel comfortable and to ensure he doesn’t have to shake anyone’s hand. This is how you should probably navigate your next party with awkward family friends.

For those times when you’re the elevator asshole who can’t decide which floor you’re going to, here’s Larry being the annoying one for once. People can get testy when they’re in enclosed spaces, so tread lightly.