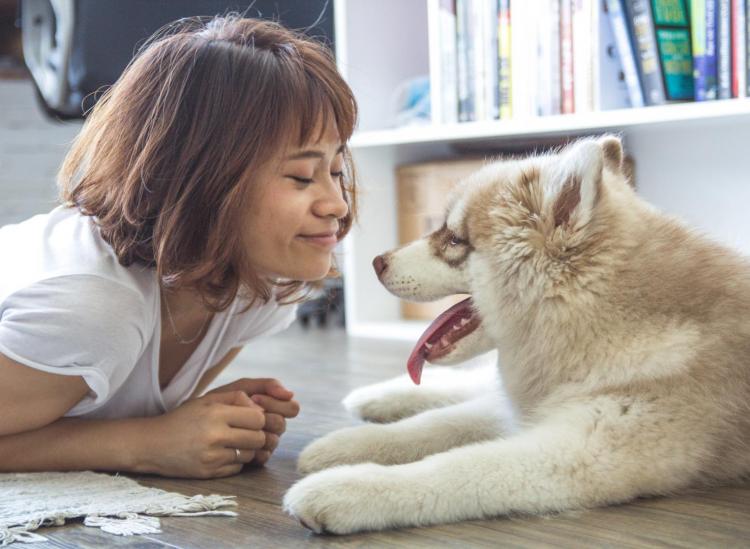 You may have heard that having a pet dog could make you healthier and potentially help you live longer, but did you know that your furry friend could improve your life in the office, too? For many dog owners, bringing their pups to 9 a.m. meetings sounds like a dream, and for some lucky ones, it’s a reality. Researchers say that involving your dog in your workday could positively impact your mental health and focus.

Researchers at the University of Maryland School of Nursing studied a group of hypertension-prone individuals who were tasked with sitting quietly for two minutes, talking to a moderator for two minutes and then sitting quietly again for two minutes. The sitting-talking-sitting sequence repeated, a second time with a friendly, unfamiliar dog in the room. Overall, the researchers found that the participants’ blood pressure went down when the dog was in the room. The researchers concluded that having dogs in an environment in which you communicate can help lower your blood pressure.

The presence of a dog could reduce your stress. 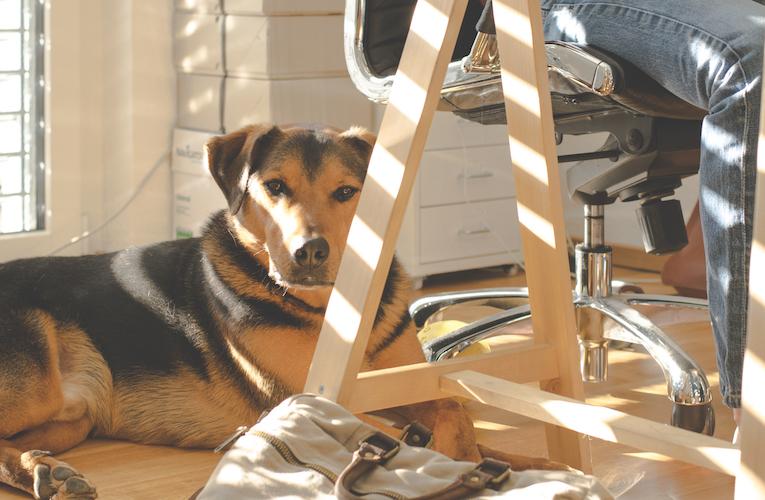 In a study, Virginia Commonwealth University researchers surveyed professional participants, both who bring dogs into the office and who do not, over the course of one week. The survey focused on perceived stress throughout each workday, and the participants were tasked with completing the survey multiple times per day. Individuals who normally brought their dogs into the office were additionally tasked with leaving them at home two days of the week to assess any potential difference in their stress levels. At the end of the study, the researchers found that overall, those who didn’t bring in dogs to the office at all had consistently higher stress levels than those who brought in their pups. Even more interesting: during the two days that the dog-bringing participants left their pups at home, their stress levels increased and almost matched those who never brought their dogs to work.

SUNY Division of Clinical Pharmacology Buffalo researchers assessed 48 study participants, half of whom were tasked with petting a dog. Then, both groups were given stress-inducing tasks like doing math. Those who petted the dog were able to complete the tasks with the pup present. At the end of the study, researchers assessed the participants’ performance on the tasks and found that those who were able to pet the dog and have the dog present during the activity performed better than those who did not.

No matter what your company’s policy is on bringing pets into the office, science is science, right? The least we can do is try to help you champion for your poodle’s right to join in on your presentation. We’re rooting for you.