This Gorgeous Church In Colombia Needs Its Own Disney Movie ASAP 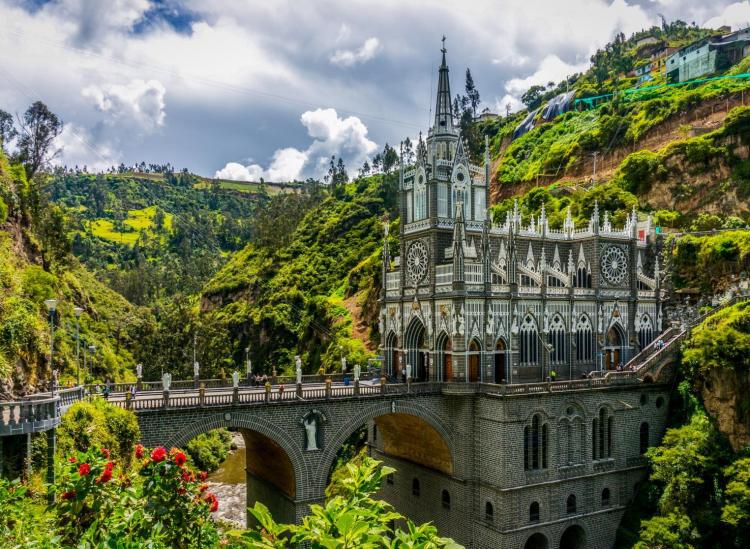 By GameOfLight (Own work) [CC BY-SA 3.0, via Wikimedia Commons]

We don’t know whether it’s more Hunchback of Notre Dame or Frozen, but this Colombian church needs its own Disney movie ASAP.

Las Lajas Sanctuary is a Gothic-style basilica near Colombia’s border with Ecuador. Built over a dramatic river and waterfall, the church is a stunning sight in an unexpected locale.

There are a couple of local legends surrounding the creation of the church. The first legend: in the mid-1700s, a woman and her daughter, Rosa, who couldn’t hear or speak, took shelter from a storm in the gorge. According to Catholic tradition, there was an image of Virgin Mary on the cliffside and Rosa could suddenly speak to her mother and hear her replies. After that tale spread around the area, a blind man reportedly wandered the local villages for ten years to collect money to build a chapel on the location. When he returned to the site ten years later, he could see.

There’s inspiration for a Disney movie somewhere in there, right? (Or at least a Quest for Camelot-type film.)

And that’s not all that’s magical about this place. Las Lajas lights up at night with a gorgeous rainbow lights show. It’s basically made to be the backdrop for an inspirational anthem about following your dreams.