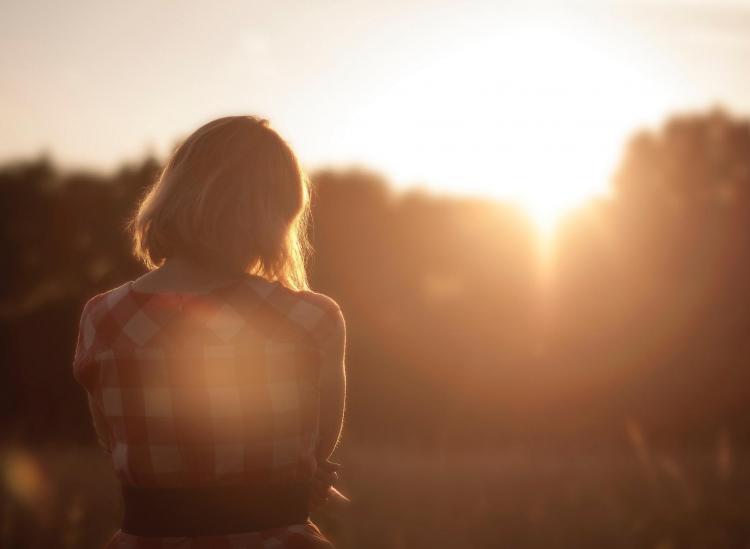 Bad movies have robbed nature of some of its most impressive phenomenons, but I think sunsets might have gotten the worst of it. In film, they’re usually meant to kickstart one of two moments: a moment of mindfulness where the protagonist arrives at a crucial instance of clarity, or the moment when two starry-eyed lovers finally figure out how copulation works. It’s redundant, cheesy and potentially completely accurate.

Several studies have recently come out championing the correlation between observing natural beauty and longevity. Both in the abstract and in more tangible biological ways.

Researchers have found that early light exposure can help us regulate our metabolism. Additionally, a study conducted by the University of Alberta in Edmonton, Canada disclosed increased instances of weight gain during the winter months,  in part due to the absence of light. Of course, there are plenty of adverse effects associated with overexposure, but the proposed physical profits of sun rays aren’t as frequently discussed.

Sunlight leads to surges of the mood-boosting hormone known as serotonin. When levels of serotonin become too low, you have a much higher risk of developing seasonal affective disorder; a condition more than 20 percent of Americans suffer from each year. Light therapy is being considered more and more as a method of better managing conditions like insomnia,  seasonal depression and even major non-seasonal depression.

There is also a freshet of somatic benefits to penciling in a morning or two to take in a sunset. A 2008 study furthered research intended to confirm the major role sun rays play in bone health.  Exposure to the ultraviolet-B radiation produced by the sun causes the skin to create Vitamin D.

“Unlike other essential vitamins, which must be obtained from food, vitamin D can be synthesized in the skin through a photosynthetic reaction triggered by exposure to UVB radiation. The efficiency of production depends on the number of UVB photons that penetrate the skin, a process that can be curtailed by clothing, excess body fat, sunscreen, and the skin pigment melanin,”  says the study’s lead author M. Nathaniel Mead.

According to Felice Gersh, MD watching sunsets can reduce the stress hormone called cortisol. Moreover, it causes surges in melatonin production, a hormone that decreases oxidative stress and inflammation. More than the studied biological effects, setting aside time to appreciate beautiful natural occurrences promotes other healthy activates, like mindfulness and patience. You can also enjoy sunrises while you do other physical activities, like jogging, or biking.

The emotional advantages of observing a sunset have been presented several times, via various mediums over the years and the results seem to speak for themselves.

This article originally appeared on Ladders written by CW Headly.