Doing This One Simple Thing Will Make You More Creative

Sometimes, it can be hard to get the creative juices flowing. Americans all seem to lean on the same helpful trick to get their minds activated and come up with new ideas — and if it’s not already part of your daily routine, it’s time to get on that ASAP.

Fifty-three percent of Americans “fantasize” while they work out, according to a new survey commissioned by Nautilus and executed by GMA Research. They use time on the treadmill to think about the books they want to write, the devices they plan to invent, and even the behavior they hope to model.

The survey included an open-ended question about  “the best breakthrough idea” that respondents had while exercising. Some of the answers were very specific.

“Coming up with a robotic arm brace for my sister (who) had a stroke,” reads one.

Some people thought about home improvements they wanted to make. Others thought of breakups they needed to set in motion, whether with their significant others, or their jobs. Still, others came up with the plot of a novel or wrote music. 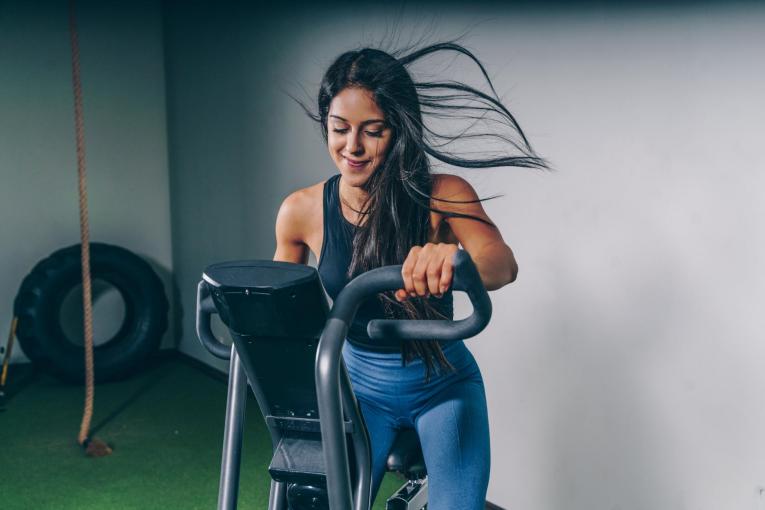 In movies, it always seems to be the quirky female protagonist who has her head in the clouds. But in actuality, men are more prone to fantasizing, at least while they work out.

Fifty-seven percent of male respondents said they daydreamed during their exercise routine, versus only half of women. So next time, maybe Hollywood should make the man more of a manic pixie dream boy while the woman stays solidly on the ground.

Where dreams go to die.

Apparently, as we get closer to our graves, so do our fantasies. Almost two-thirds of survey respondents ages 18 to 34 said they give into their daydreams while they work out. But that number plummets as gym rats get older — only 44 percent of people ages 35 to 44 and 42 percent of those ages 45 to 54 said they let their minds drift as they exercise.

They say California is a place for dreamers, and this survey seems to confirm that. Fifty-six percent of West Coasters said they fantasize during their workouts, compared to only 50 percent of those in the Midwest.

6 TED Talks That Could Help You Harness Your Inner Creativity