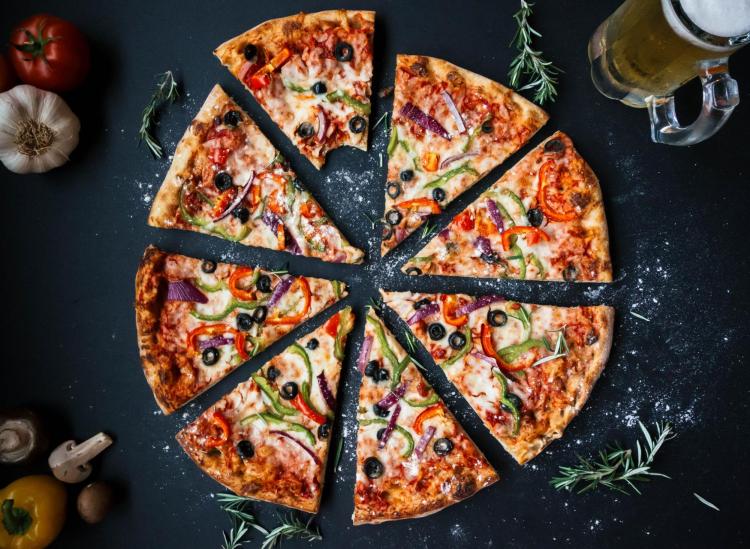 We’d all like to say that we eat perfectly balanced, unprocessed, nutritious meals 100 percent of the time — but the reality is that eating healthily 24/7 is nearly impossible for the average American worker bee.

Sometimes we don’t have time to buy produce or cook a healthy meal at home, and sometimes the temptation to save time and effort by grabbing a quick lunch, breakfast or dinner from a nearby fast food spot is too strong to resist.

Although you shouldn’t make a habit out of this convenience, you can still eat relatively healthy at a fast food restaurant — if you know what to order. Here’s what to pick from the menus of eight popular fast food chains if you’re trying to eat healthily. Oh, and keep in mind that the healthiest thing on the menu at many fast food places isn’t always the salad. 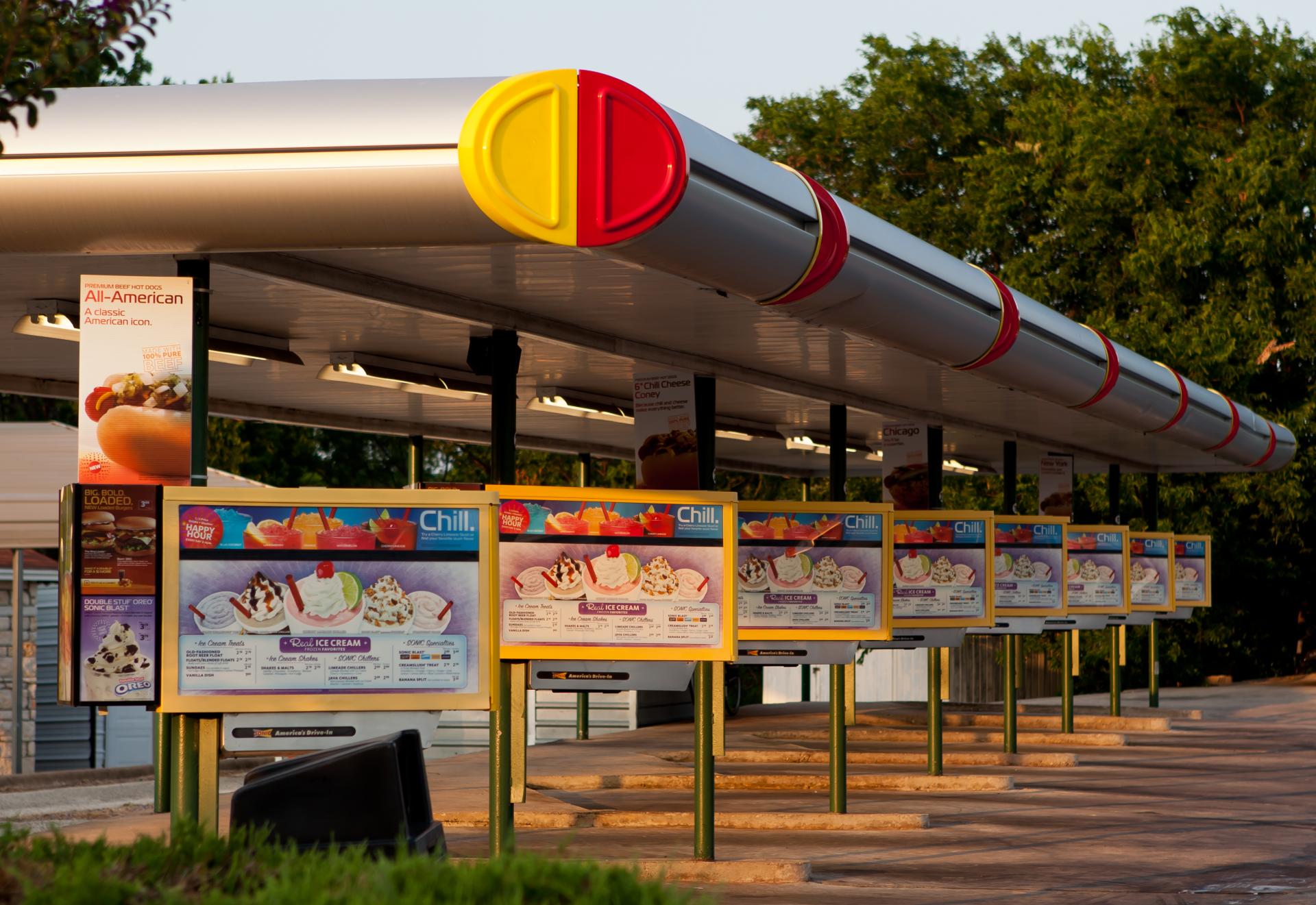 This drive-in fast food joint is mostly known for its double-decker cheeseburgers and ice cream-milkshake hybrids. But unless you’re looking to splurge — which is extremely necessary sometimes — you’ll want to steer clear of both of these bad boys. Here’s what to eat instead if you’re looking for a healthier option.

For a filling meal that doesn’t carry a day’s worth of calories or fat, choose Sonic’s grilled chicken wrap. For 410 calories you’ll get grilled chicken breast with lettuce and tomatoes, topped with light ranch dressing and wrapped in a flour tortilla — a good mixture of carbs, fats and protein. Since fast food restaurants tend to pour on the dressing, ask for the ranch on the side. The one drawback of this item is that it has 1720 milligrams of sodium, which is more than half of what the American Heart Association recommends you have in one day (no more than 2,300 milligrams, please).

If you’re really craving a burger, pick Sonic’s J.R. burger. This simple, one-patty-hamburger has far fewer calories (330) and fat (16 grams) than some of the more popular ones on the menu. Beware, though, that some of this fat (although less than 1 gram) is trans fat, which has been found to raise LDL (bad) cholesterol levels. 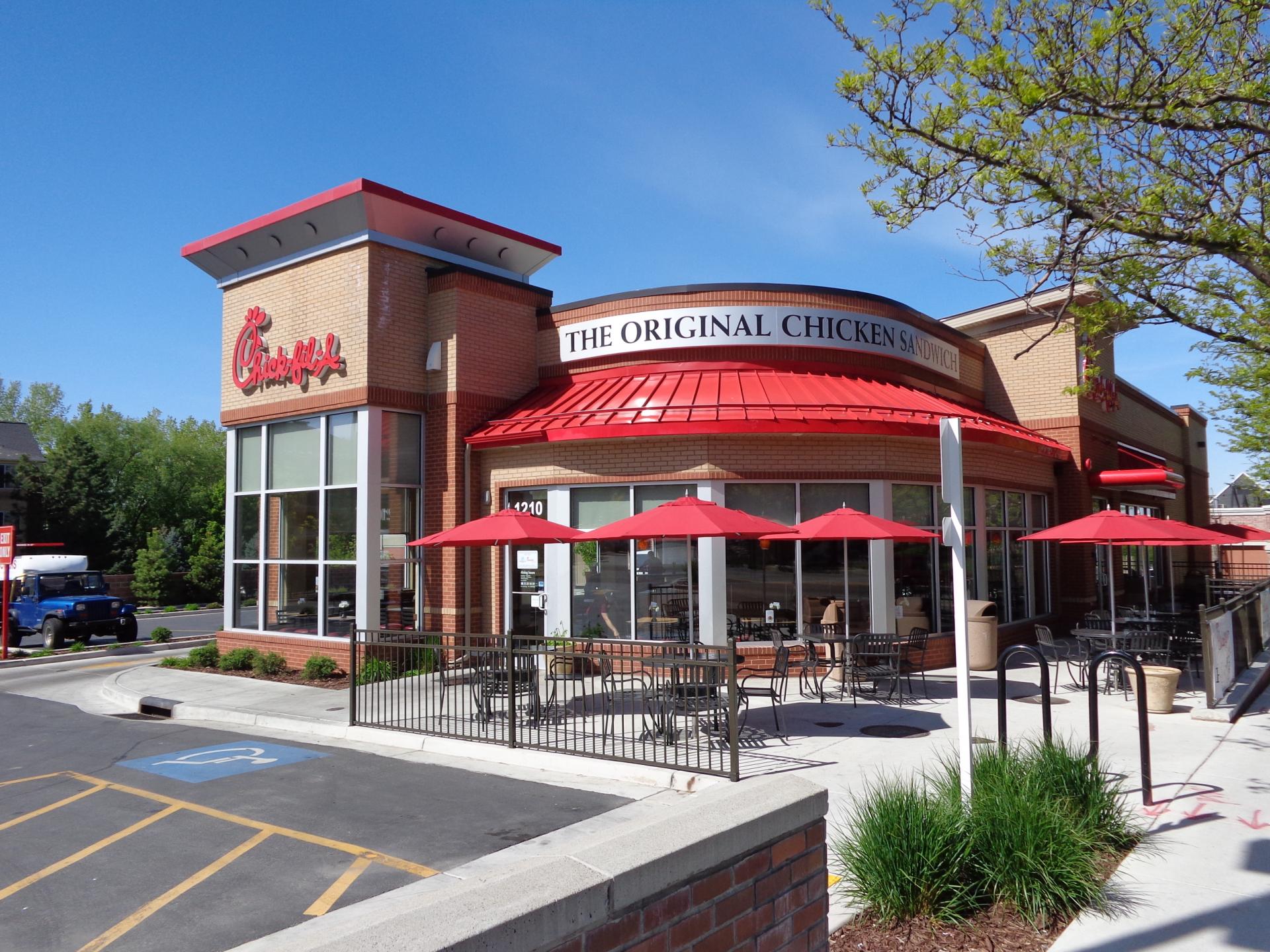 Going to Chick-fil-A without tasting the chain’s famous chicken would be a waste of time. Luckily, chicken is a healthy source of lean protein if cooked correctly. But not all chicken is created equal — the fried kind is loaded with calories, unhealthy fats and sodium. Fried food consumption has been linked to obesity, high blood pressure and high cholesterol. So for better chicken choices that won’t damage your health, choose these menu items instead.

If you’re in the mood for chicken on a bun — and who wouldn’t be at Chick-fil-A? — order the grilled chicken sandwich. For only 310 calories and 6 grams of fat, you’ll get juicy chicken on a multigrain bun, with leafy greens, tomatoes and Chick-fil-A’s famous Honey Roasted BBQ sauce. Compare this to the 500 calories and 23 grams of fat that you’d be getting from some of the chain’s more popular fried chicken sandwich options, and it’s clear that this one’s the healthier choice.

Just because a menu item has the word “salad” in it doesn’t necessarily mean that it’s healthy, though. Some of the chain’s salad options are loaded with fried chicken and crispy wontons, which can rack up calories and fat. The chain’s Cobb salad comes in at a whopping 510 calories and 28 grams of fat — more than Chick-fil-A’s most loaded sandwich. 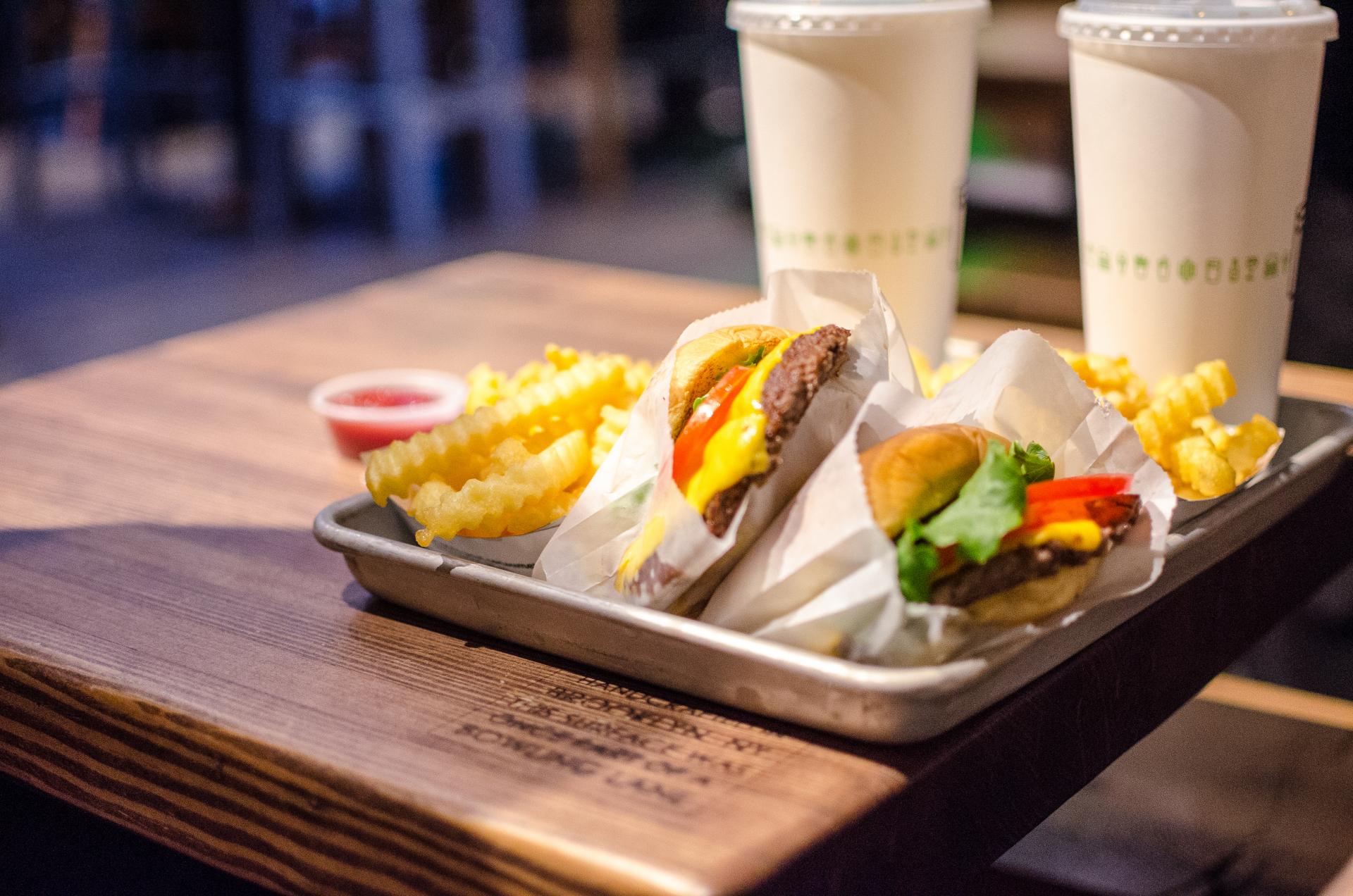 The popular East Coast burger-and-shake hot spot prides itself on using only all-natural, 100 percent hormone-free and antibiotic-free Angus beef for its burgers. But Shake Shack’s still a fast food chain, and many of its menu items are still high in fat, calories and sodium. So if you’re trying to eat healthily, you still need to be selective in what you order.

If you’re craving a burger, pick the Veggie Shack burger. Although this menu item isn’t offered at all  Shake Shack locations, it’s the healthiest burger option available — so take advantage if you see it. The burger patty is made with black beans, brown rice and roasted beets, and it’s topped with provolone cheese, lettuce, tomatoes, onions and vegan mustard mayo. To make it even healthier, switch out the traditional bun for a lettuce wrap — you can do this with all Shake Shack burgers. The Veggie Shack with lettuce wrap has 370 calories and 24 grams of fat. Beware, though, that this burger option still has a fair amount of sodium — 1090 milligrams of it — so if you choose to eat this bad boy, you’ll want to stay mindful of your salt intake for the rest of the day.

If you want a shake with that burger, pick the coffee milkshake. If you’re looking to eat well, we’d recommend steering clear of Shake Shack’s milkshakes altogether because you won’t find one on the menu that has less than 650 calories and 68 grams of sugar. But if you’re going to Shake Shack in the first place, the temptation to get a milkshake is almost irresistible. So if you do decide to splurge on a shake, we recommend that you go for the coffee milkshake. With 650 calories, 33 grams of fat, 480 milligrams of sodium and 68 grams of sugar, this is the healthiest Shake Shack shake at your disposal. 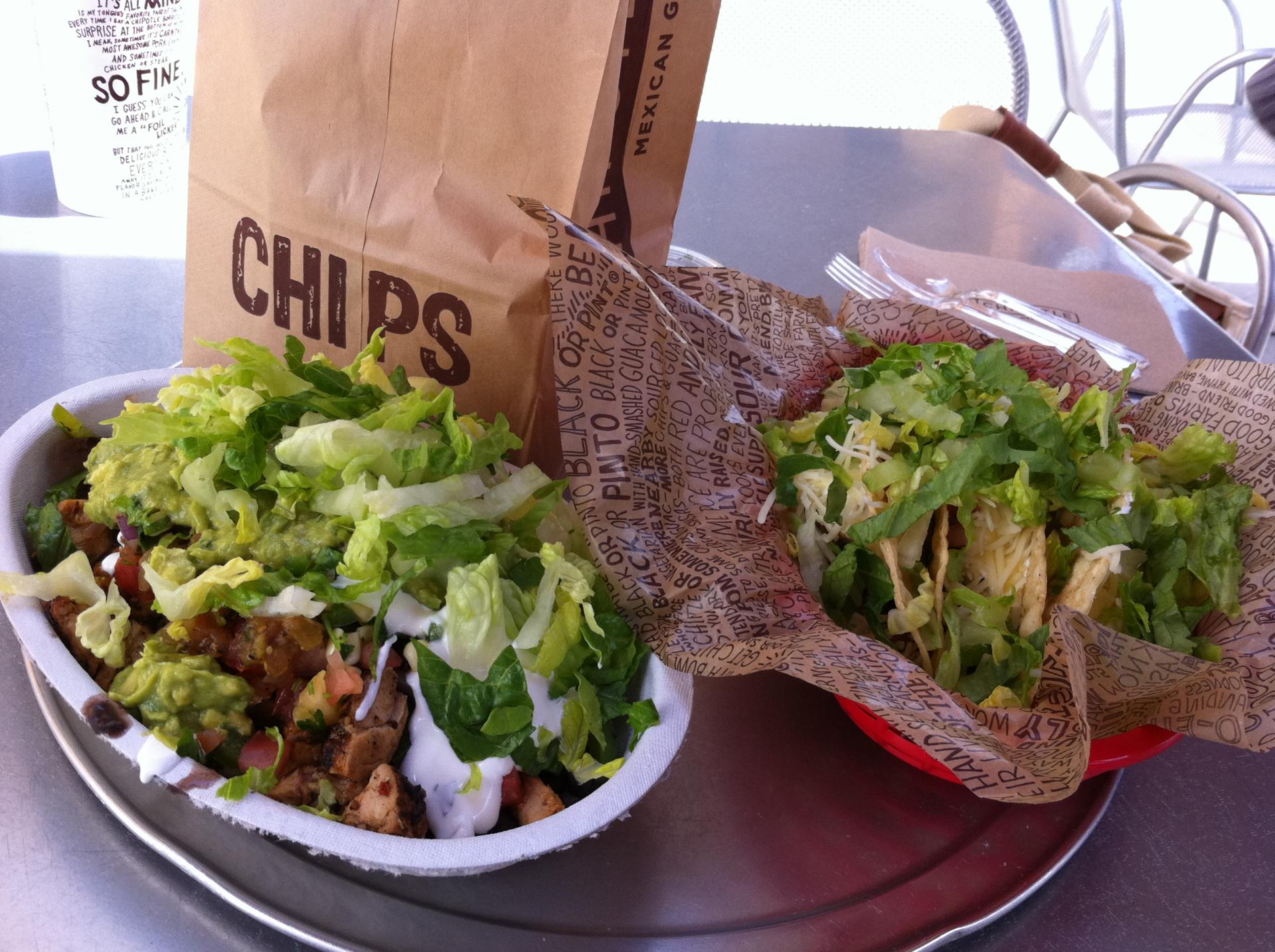 When the Mexican grill fast food chain first opened, many people considered it a healthy grab-and-go option. But the truth is that Chipotle’s massive portions and high-fat toppings like cheese and guacamole end up making its would-be-healthy menu options real calorie bombs. Luckily, if you’re wise about choosing your bowl base and toppings, you can cut the calories and up the nutrition of your meal.

Pick bowls over burritos. Choosing a brown rice or salad bowl over a taco or a burrito is an easy way to make a healthier choice at Chipotle because it nixes all the refined carbs sitting in those tortillas. Once you get your bowl, opt for toppings like fajita vegetables and salsas and steer clear (or reduce your serving size) of toppings like guacamole, queso, sour cream and cheese. To further reduce your calorie, sodium and fat intake, stick to black beans — the chain’s plant-based protein option. As tempting as it is, opt out of the chips and queso — just a regular side of it packs 770 calories and 41 grams of fat. Keep in mind that the latest Dietary Guidelines for Americans recommends that people on a 2,000-calorie-a-day diet keep their total daily intake of fat below 78 grams per day. 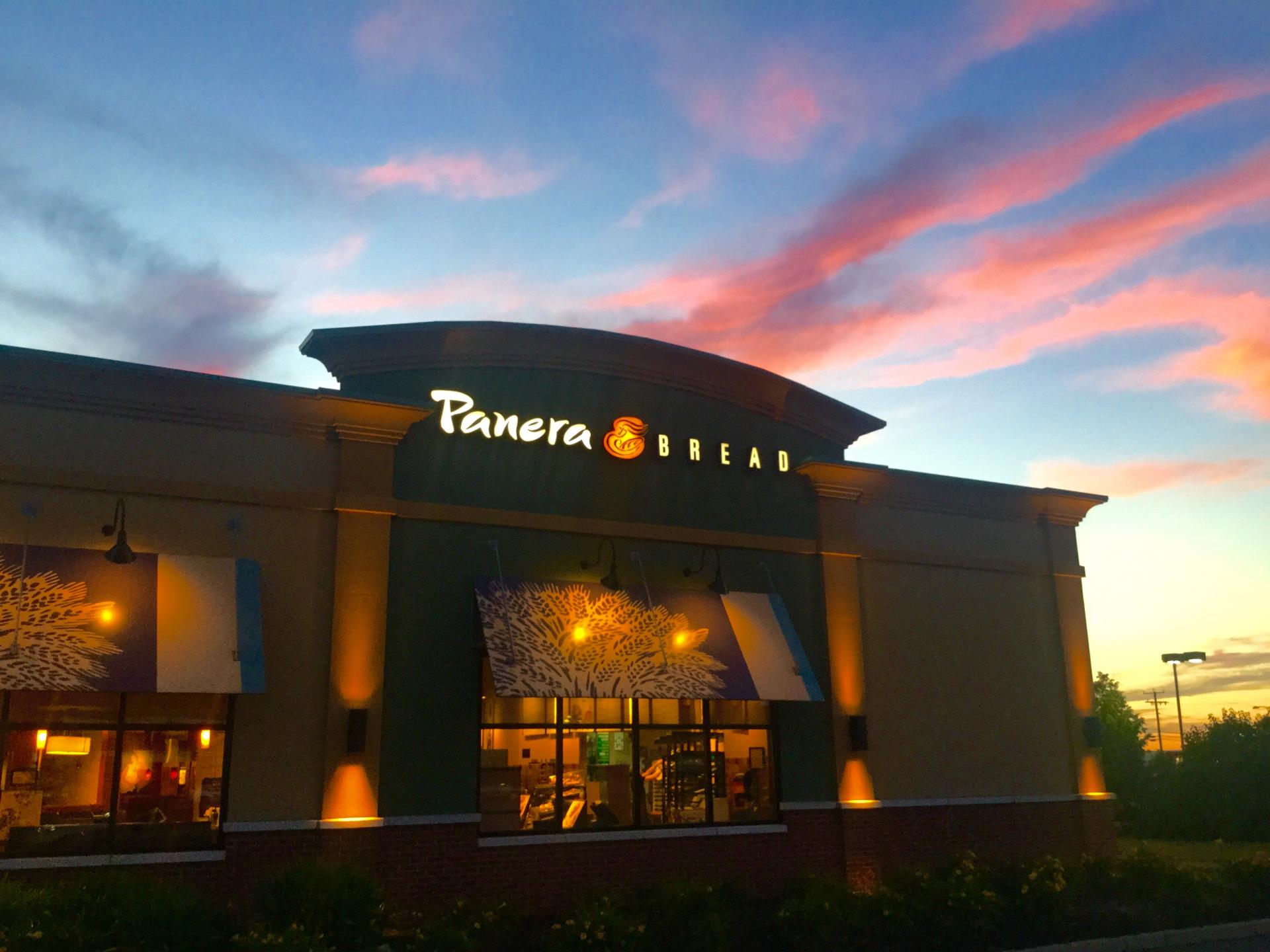 You might be surprised to find this salad, soup and sandwich hot spot on our list. “Isn’t everything at Panera Bread healthy?” But since the chain’s menu sports sammies with over 900 calories and 670-calorie salad options, we thought we’d give it a closer look.

If you’re itching for a salad, pick the strawberry poppyseed salad with chicken. This delicious combo of leafy greens, juicy grilled chicken breast, heart-healthy nuts and antioxidant-loaded blueberries packs 340 calories, 13 grams of fat, 280 milligrams of sodium and 20 grams of sugar. Although the sugar content of the dish is very high, you can reduce it by getting the poppyseed dressing on the side and only adding a drizzle to your salad.

If you’re craving a sandwich, pick the Mediterranean veggie sandwich. It’s filled with colorful vegetables, hummus and feta cheese, and it has 440 calories, 13 grams of fat, 8 grams of sugar and 18 grams of protein. Swap out the traditional thin-sliced tomato bread for whole wheat bread to make this veggie-packed lunch even more nutritious.

If you’re going for soup, pick the black bean soup. Although some Panera Bread soup varieties have as much as 360 calories per serving — which is kind of a lot for a side dish — this one has only 140. It also packs 17 grams of filling fiber and only two grams of fat and sugar.

Eating healthy at this iconic fast food chain is no easy endeavor, considering that the menu mostly consists of a plethora of burgers, fries, hot dogs and milkshakes. But if you do happen to find yourself at Five Guys on a day when you don’t intend to splurge, there’re some ways to navigate the menu to build a healthier meal.

For a healthier alternative to the classic Five Guys burger, pick the Cheese Veggie Sandwich. It’s made up of grilled onions, peppers, mushrooms, tomatoes, lettuce and cheese nestled inside a sesame seed bun. Compared to some Five Guys burgers that rack up as many as 1,060 calories, this one keeps it reasonable at 420.

If you’re really craving a burger, we suggest that you stick to a simple beef patty and swap out the bun for a lettuce wrap for a healthier choice. 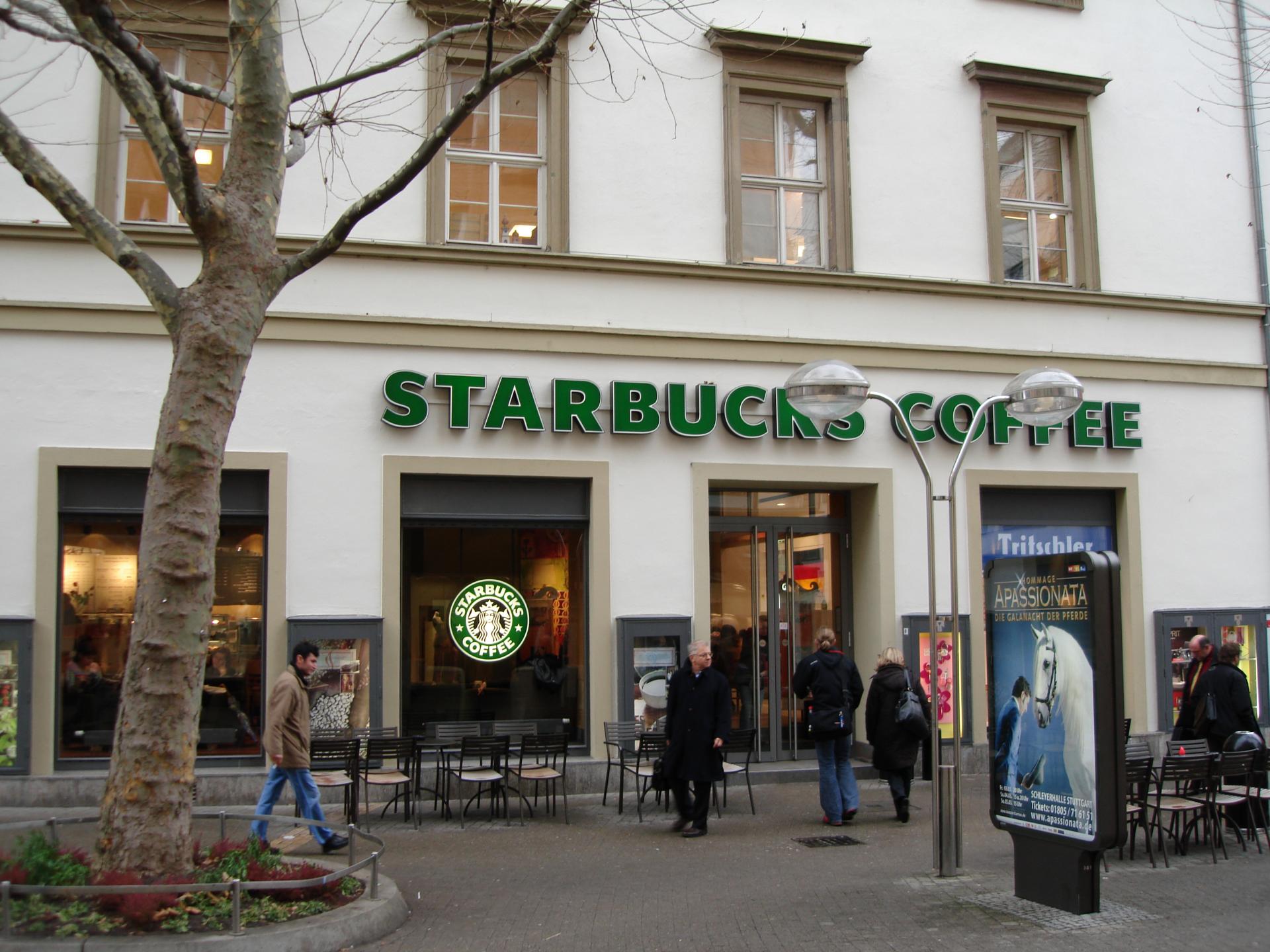 The holy grail of coffee is a popular pitstop for people looking to get their fill of caffeine and a snack before rushing to work. But some of Starbucks’ iconic caffeinated beverages rack up more than 400 calories for a Grande (16 ounces). Consistently choosing to drink these sugary and calorie-loaded beverages isn’t doing your body any favors, so here are some healthier alternatives.

If you’re craving a frap, pick the coffee Frappuccino blended coffee. Unlike other fraps, this one doesn’t come with whipped cream. Instead, it’s a classic blend of ice, milk and coffee. It has 240 calories and three grams of fat for a Grande serving with whole milk. The frap does have a lot of sugar — 50 grams, to be exact — so we’d still recommend you opt for regular coffee instead.

If you’re looking for a hot beverage, pick the caffè Americano. For real coffee lovers, this one’s a healthy pick. The beverage consists of two espresso shots topped with hot water. A grande packs only 15 calories and zero grams of sugar. But if you do choose this drink, try to limit your caffeine intake for the rest of the day. Experts recommend that adults keep their daily caffeine intake under 400 milligrams per day, and a grande caffè Americano at Starbucks has approximately 225 milligrams.

If you’re going for breakfast, pick the classic oatmeal. Packed with complex carbs and filling fiber, oatmeal is a smart breakfast option for those looking to eat healthily. Starbucks’ classic oatmeal is a blend of rolled and steel-cut oats. One serving of plain oatmeal has 160 calories, 5 grams of protein, less than 3 grams of fat and zero grams of sugar. Keep in mind that adding available toppings like dried fruit, the nut medley and/or brown sugar can increase the meal’s calorie, sugar and fat content. We suggest that you skip the brown sugar and add a sliced banana (also available at Starbucks) for a natural sweetener instead. 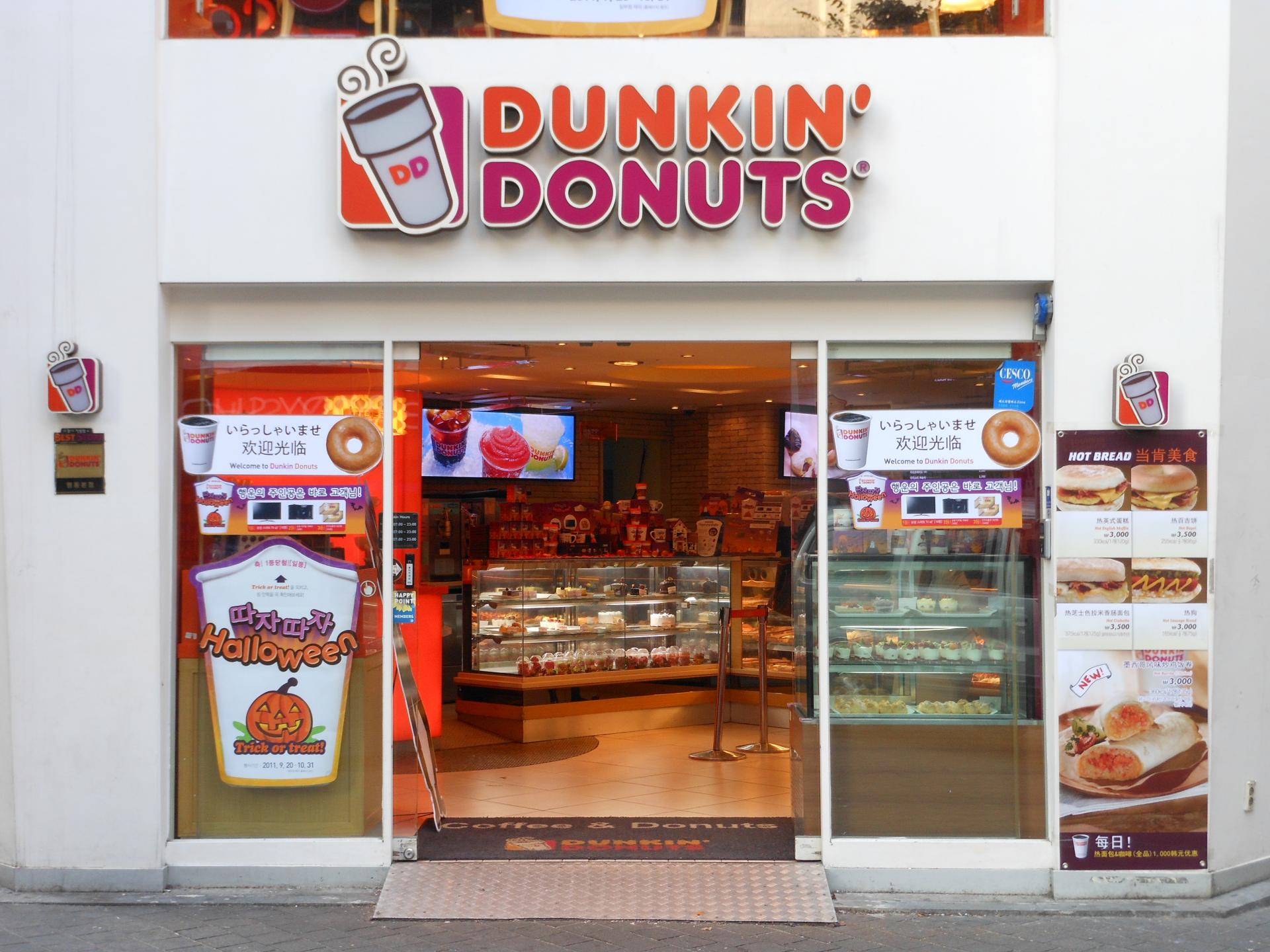 The Double D has gained fame for its glazed doughnuts and creamy drinks, both less-than-great options for would-be healthy eaters. Recently, however, the coffee chain has tried to cater to its more health-conscious customers by introducing DDSMART — a menu that includes healthier food and drink options. After surveying the new menu, here’s what we recommend for those looking to fuel their bodies with the good stuff.

If you’re craving caffeine, pick a hot tea. Coffee isn’t the only caffeine source to be found at Dunkin’. The coffee mogul offers a good selection of healthy teas ranging, from classic Bold Breakfast to fruity Hibiscus Kiss. Plain tea has zero calories, and it’s loaded with cancer-fighting and immune-boosting antioxidants. If it’s good enough for the royal family, it’s good enough for us.

Here’s How To Eat Healthy At A Mexican Restaurant

Yes, It’s Totally Possible To Eat Healthy On The Road