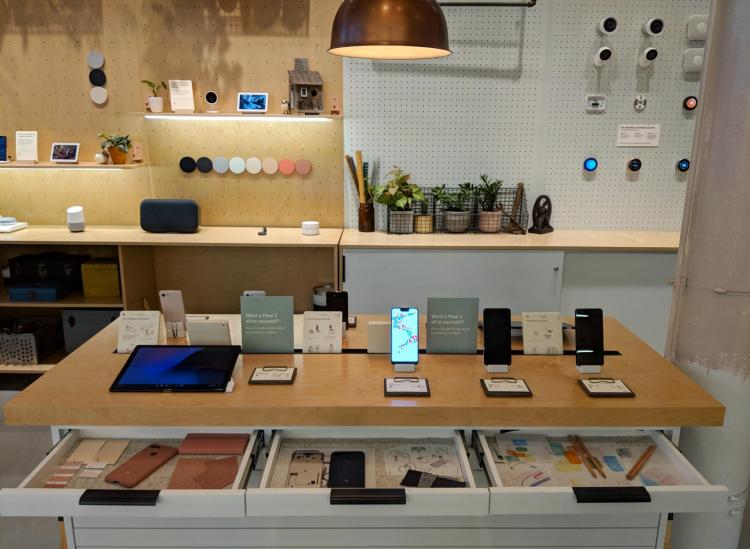 Google is bringing its technology to new stylized heights this year with the launch of its annual pop-up stores for the holidays. This year’s shops are called Google Hardware Stores, so you can expect a hardware theme, plenty of Google products to test out and behind-the-scenes explainers of the tech. And yes, there’s a treehouse.

There are two Hardware Stores opening on October 18, one in New York’s SoHo neighborhood and one in Chicago’s Bucktown neighborhood. Both locations will be open until December to make all of your holiday technology shopping much more fun than scrolling through specs online.

The Manhattan location of the Google Hardware Store is a two-level playground for tech shopping. It’s as much about playing with Google products as finding your next big buy, which we love since we’re big proponents of shopping around and testing out a tablet, phone or keyboard before investing in a new product. But instead of the long, minimalist tables you might be used to in the usual Google stores (or Apple stores), these Hardware Stores have a more curated feel. 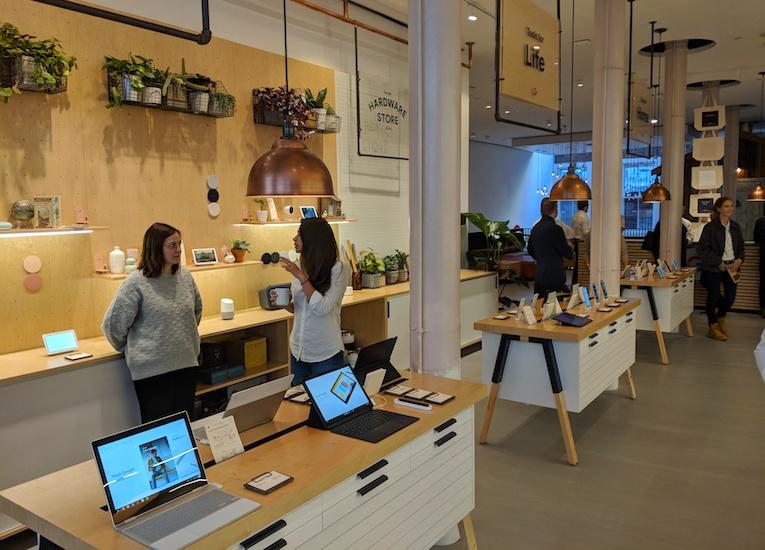 The Google Hardware Stores are designed to show off Google’s new line of Made by Google products, including new looks for the tablets and phones (new color palettes and textures) and new accessories like sleek earbuds, chic phone cases and redesigned tablet keyboards.

Upstairs, you can find Google Slate tablets ($599), Google Pixel 3 phones ($799) and Google Homes ($129), along with all the product info you might need to decide whether a new phone is on your holiday wish list or gift list.

Just like all the Google stores, there are brand reps on hand to answer all of your questions. But unlike the average shop, there are interactive features besides experimenting with a tablet keyboard or phone camera. You can open drawers to see little snippets of how the products are made, from color swatches for new phone cases to the actual inner workings of the Pixel’s hardware. 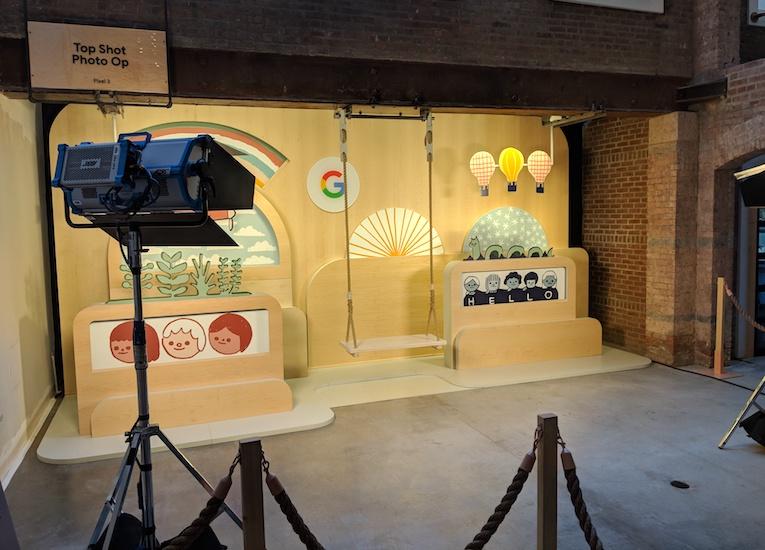 Now, you don’t have to go into the Google Hardware shop with the intention of spending $1,000 on a new tech splurge. You can just go in for the ‘gram or to experiment with the phone camera you wish you had. (P.S. We’re definitely guilty of stopping into a tech store just for the plethora of phone chargers, so no judgment if that’s your move, too. This one comes with some pretty cute photo ops while you regain that battery life.)

Downstairs in the NYC shop, it’s all about the fun (and the photos you can take with Google products, obvs). There’s a photo studio centered around an interactive swing where you can test the Pixel’s artificial intelligence (AI) feature to pick the best photo from a three-second burst. It scans to make sure you’re smiling and in focus and suggests the best of the bunch to you for your Instagramming use. 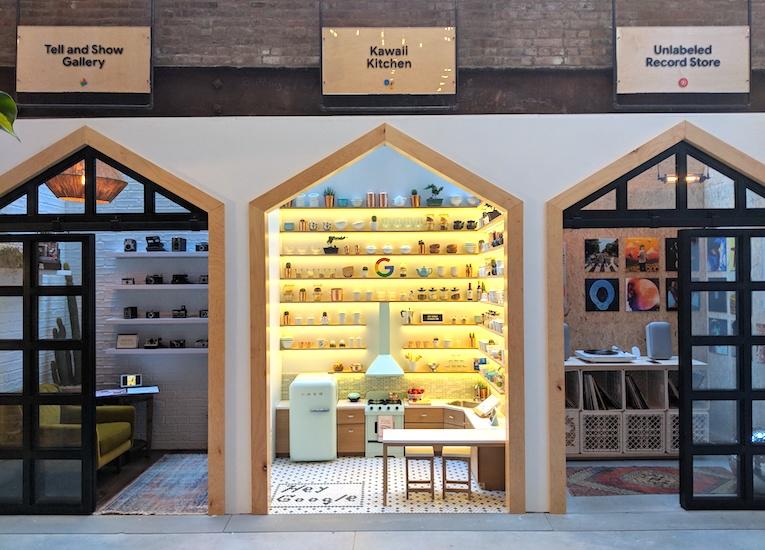 You’ll also find miniature rooms filled with interactive activities, such as a tiny kitchen where you can ask a Google Home to show you how to uncork a wine bottle or a little record shop where you can use Google Lens’ AI to scan a record’s cover and immediately play a track from the album on your phone. 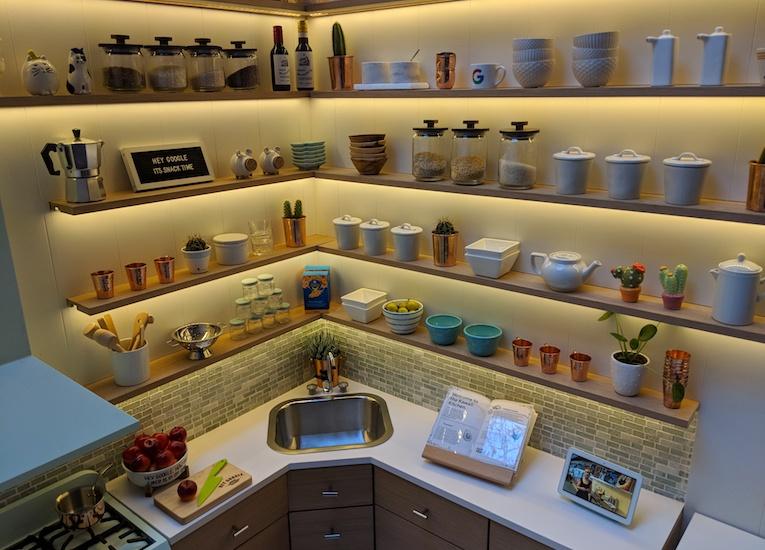 And the rooms are so photogenic that you’ll want to strike a pose in them all. But save your best cheesing for the camera back upstairs in the Google Treehouse. It’s an actual treehouse-type structure built to overlook the bottom floor. It’s super retro and filled with Easter egg tricks to put the Google Home to the test. On the balcony, there’s a phone set up to take a selfie for you — and you can pick up a print from the treehouse mailbox on the way out. 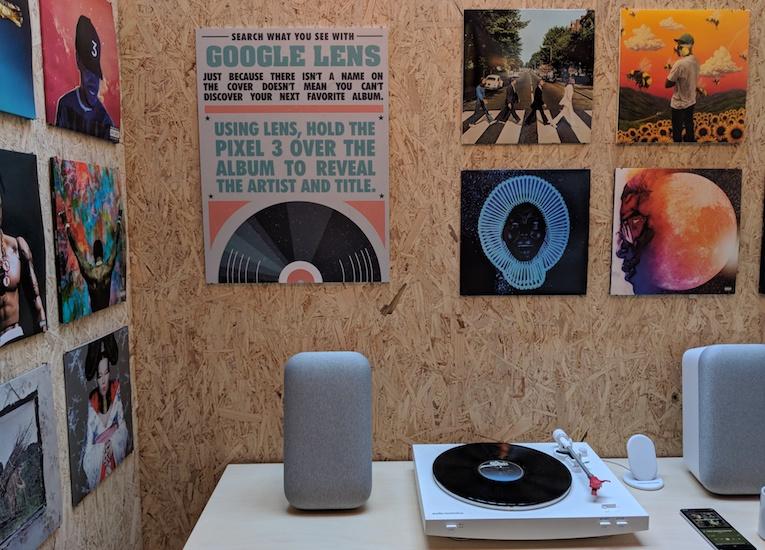 If you’re worried about the multitudes of Insta-people waiting to take their turn in the treehouse, you’re probably not out of line. You’ll get a little buzzer (like the kind you get at a restaurant to tell you when your table is ready) that will signal when it’s your turn to hop inside the treehouse. 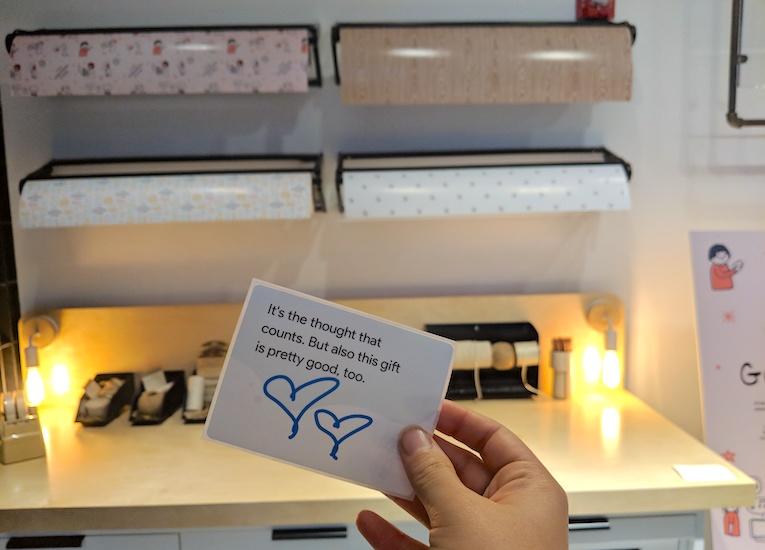 But if you do decide to buy something at the Hardware Store, you can make one last stop at the personalization station, choose a wrapping paper for your gift and make a custom gift tag. You can choose from some of Google’s pre-made tags or add your own special touch by drawing on a tablet with a Google Pixelbook Pen and then print off a sticker to top off your package.

Google’s Getting Personal With Its New Visually Optimized User Experience