Why You Should Take On Your Biggest Projects In The Fall 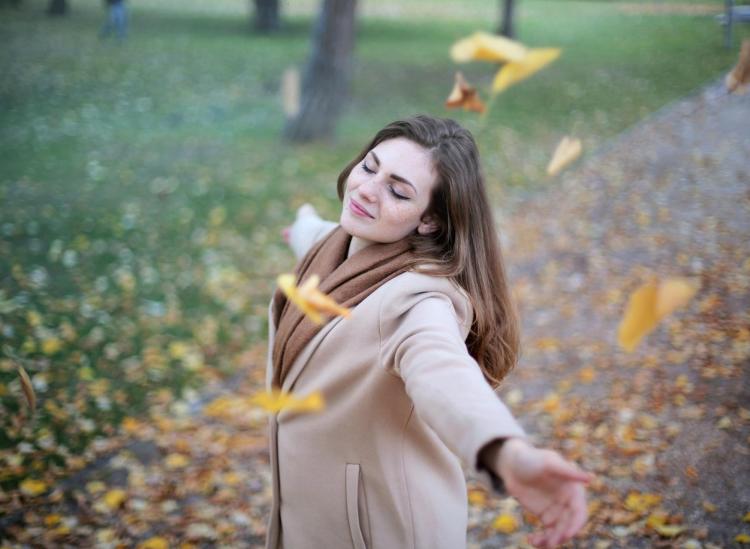 Is there a big project looming over your head? You should actually start it as soon as possible because it turns out Autumn is the most productive season. New data from software company Redbooth that looked at 1.8 million projects and 28 million tasks over a four-year period found that the average person gets more work done in the fall than any other season.

The study found that people are:

In fact, October (the month we are in now!) is the most productive month followed by September and November. The least productive month is January. People complete 9.5 percent tasks in while in January they only do 7.2 percent.  The researchers surmised that it could be the holiday rush that pressures people into getting more done but perhaps even adults have that refreshed, back to school feeling in the fall. Check out the chart below. 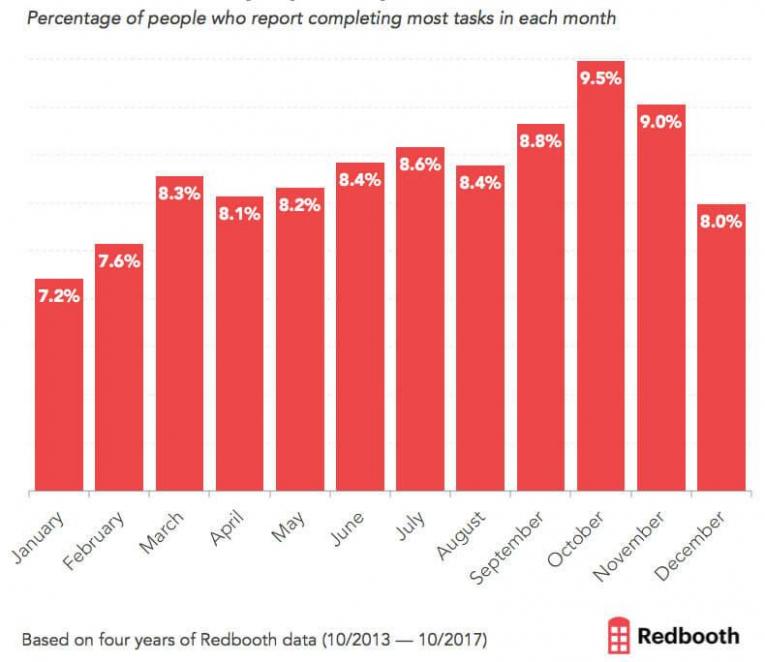 As for which days and what time of day we are most productive the study found that even though you may hate Mondays, you work super well on them as that is the day people reported completing the most tasks at 20.4 percent. Sunday was the least productive day which makes sense.

Your most productive hour during the day is right before lunch at 11 a.m. and then the effects of food set in and are slump tends to occur after 1 p.m.

But if you are looking to take on your most challenging project, start it on a Monday at 11 a.m. in October.

Women And Men Are Both Bad At Multitasking

This One Rule Could Make Your Meetings Way More Productive