How One Ex-Con Is Revolutionizing The Boutique Boot Camp Trend 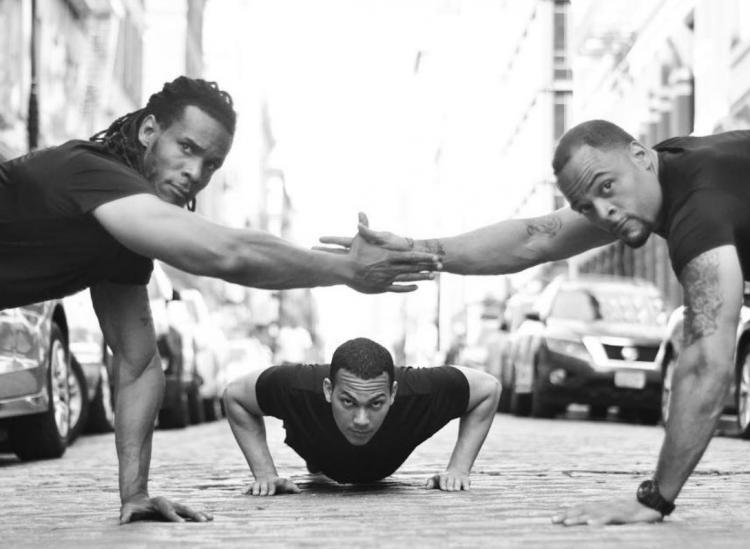 For those of you who live in New York City (or an urban metropolis like it), you know that finding the next best boutique workout is a pivotal part of the wellness scene. But we doubt many expected a workout called Conbody to become the must-try workout of 2018. We certainly didn’t see it coming — but we also can’t really blame people for getting sick of the high-end couture vibe that has attached itself to fitness over the past decade.

In many ways, Conbody is the opposite of the bulk of its competition. It’s no-frills, intense as hell, unapologetic and full of tough love. All of the workouts can be done with just your bodyweight within a 10-square-foot space because that’s all the founder had when he developed the training method during his years behind bars.

Coss Marte, the creator of this prison-style boot camp, used to be one of the largest drug kingpins in the Lower East Side, a formerly seedy neighborhood in New York City. Once he found himself in a prison cell, destined to remain there for four years (some of which was served in solitary confinement), Marte faced two critical challenges. The first: Lose a substantial amount of weight to remedy his serious health problems (a prison doctor told him he was going to die in a matter of five years). The second: Build a successful, legal career upon which he could stand once he was released.

So Marte got to work, designing a bodyweight fitness regimen that helped him drop 70 pounds in six months. Fast forward to 2016, and his antitode to a lifetime of poor health decisions became a brick-and-mortar business in his old drug-dealing stomping grounds — a gritty block in the Lower East Side. He’s since hired a group of ex-cons who also served prison time to create his team of Conbody prison-style boot camp instructors.

Cranking hip-hop music to set the tone, the Conbody team starts class with a warm-up cardio circuit of moves like jumping jacks, high knees, jump squats, pushups and burpees. (Oh yeah, when burpees debut this early, you know you’re in for a wild ride.) Expect your typical rep count of “one” becomes “one two three ONE” as you hold isometric squats, perform crawling push-ups across the room and crank through jump lunges in place. And don’t worry, there are always more burpees ahead of you. By the end, you’re pouring sweat, your legs feel like Jell-O and you’re thinking, “Damn, I can’t believe I was able to do all that.”

This no-excuse, high-intensity workout is the definition of hardcore, empowering you to use your own body in ways that you’ve probably never even attempted before to achieve the changes you wish to see and feel. No matter how you fit it into your day — before work, during your lunch break or in lieu of your nightly TV binge, it’s bound to benefit your body and your sense of perspective.

For those who can’t just wander down the NYC streets and give Marte’s workout program a try, he recently published a book titled CONBODY: The Revolutionary Bodyweight Prison Boot Camp, Born from an Extraordinary Story of Hope. It not only shares his redemption story, but also all of the workout moves he uses to build his effective exercise program so you use them to hit your own goals at home. Marte also created Conbody Live, his live-streaming workout platform anyone with WiFi can access for just $5 a month.

At the end of the day, the real message behind Conbody is that if you “do the time,” you’ll see the results you want to see. And when it comes to wellness, you don’t need a fancy fitness class for that.

Your Favorite Fitness Membership Is Coming Live To Your Living Room

6 Things You Should Know Before Your First HIIT Class