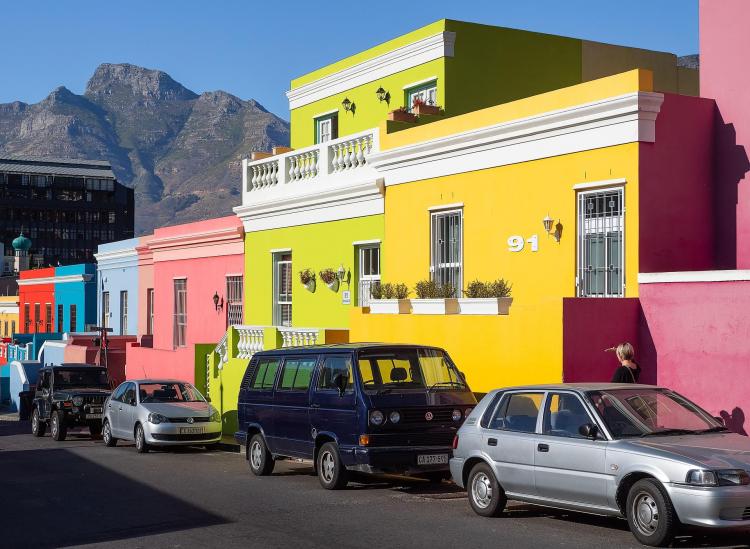 Cape Town’s most colorful neighborhood is total Instagram #goals, but it’s paying the price for its social media fame.

We can’t argue with why you’d want to head to Bo Kaap, honestly just look at the place. It’s all pastel painted walls, with alternating colors up and down every street. Bo Kaap is one of the most rainbow-spirited places we’ve ever seen.

Just about every big travel influencer has a pic of Bo Kaap — Kate McKulley (AKA Adventurous Kate), Kiersten Rich (AKA The Blonde Abroad), Lauren Bullen (AKA Gypsea Lust). And that’s not even including the masses of “normal” tourists that come here for the oh-so-cool photo ops.

But as aesthetically beautiful as it is, Bo Kaap has a complicated — and still evolving — history. During apartheid in the 1950s (government-dictated racial segregation), Bo Kaap was a neighborhood where only Cape Muslims lived. The residents of the neighborhood painted the buildings with their now-famous bright colors to celebrate Islamic holidays and the community. Since the end of apartheid in the 1990s (yep, less than 25 years ago), rents have gone up and many of the people who created the beautiful streetscapes have left the neighborhood.

Now, Bo Kaap is learning what being an Instagram hotspot does to local culture, after years of photography tours and influencer visits made the neighborhood popular for travelers, expats and general outsiders of the community. The outcome isn’t pretty.

On May 22, there were extensive protests in the neighborhood. According to Independent Media, the protests were intended to push back against development in the area, tour bus routes through Bo Kaap and the lack of financial incentive for locals when tourists come to the region.

And if you think about it, Instagram tourists are kind of the worst kind. They don’t spend money. The ‘grammers come, take photos and head straight back out again. What’s the benefit for the local economy?

It serves as one more reminder not to be a terrible tourist. Don’t just go to places to take a pic and split. Spend a little time (and money), and listen to those local voices.

You’ve Never Heard Of These African Foods, But You Need To Try Them Now

This Entire Indonesian Village Is Literally A Rainbow