Where To Find The World’s Coolest Street Art Spots 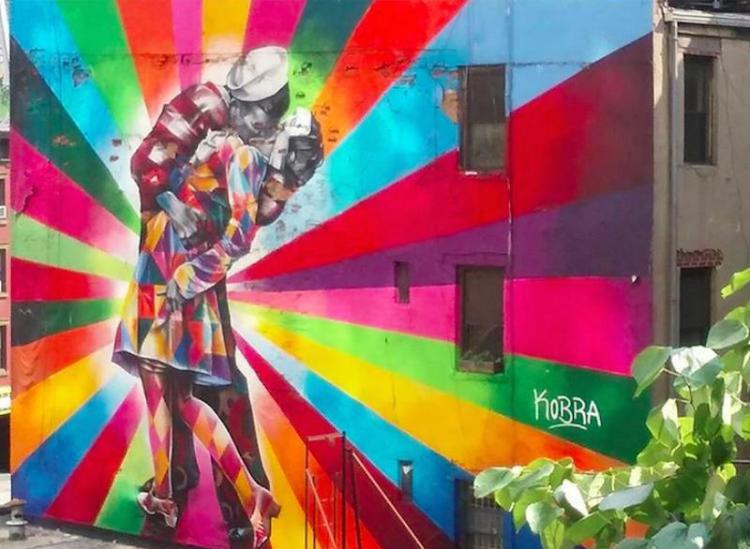 When traveling the world, one may initially think of restaurants, music venues, and museums as the key to unlocking the local culture. And yes, there may be nothing like eating a freshly baked croissant while standing along the Seine in Paris or seeing all of London from the top of the Eye, but there is always more to a city than what’s listed on the top 10. In truth, one of the best ways to really experience any location is to just walk and observe the street art.

Though street art does not have the same level of antiquity as let’s say the Colosseum — since the beginning of the 20th century, street art has been a medium for artists and local communities to express themselves in a way of social commentary and political protest. Street art can be the unfiltered forum that gives a voice to those who need it most, or just a way to create something beautiful out of an old building. Over the years, street art style itself has transformed from what was considered graffiti and vandalism into a complex interdisciplinary type of expression involving artist collaboration and large-scale projects. So next time you are planning a trip, check out this list of where to find the best street art around the world and see what else there is to discover. 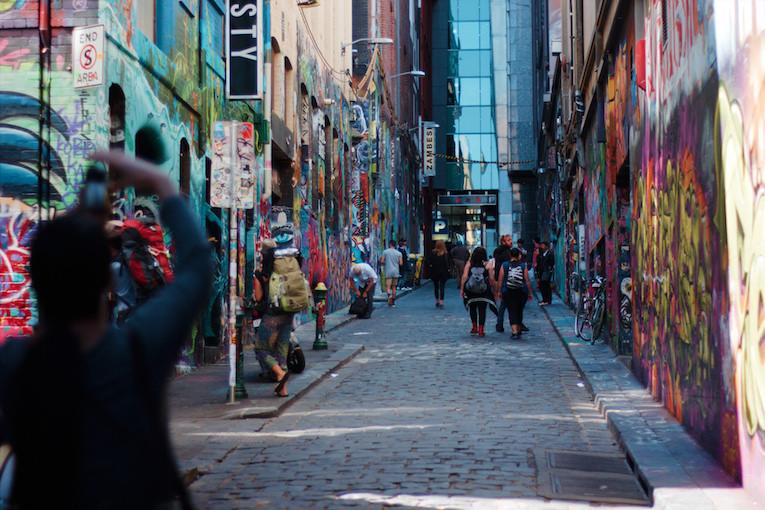 Street art has flourished in Melbourne over the years to the point where is it generally accepted and even encouraged by the government. Everywhere you turn, the city is bursting with raw colors and expressionism that it has become a large part of the tourism industry. 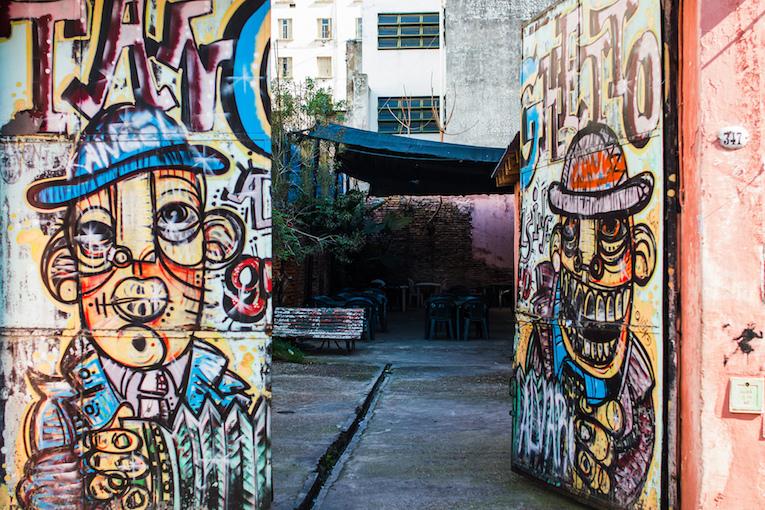 Buenos Aires is basically a paradise for street art artists due to its plethora of blank walls and lack of government restrictions. Unlike other cities where you need permission from local authorities to paint, all an artist needs is the go ahead from the owner of the building. So the city is truly a canvas. This perfect storm has allowed some of the most unique and eclectic murals to pop up around the different neighborhoods. 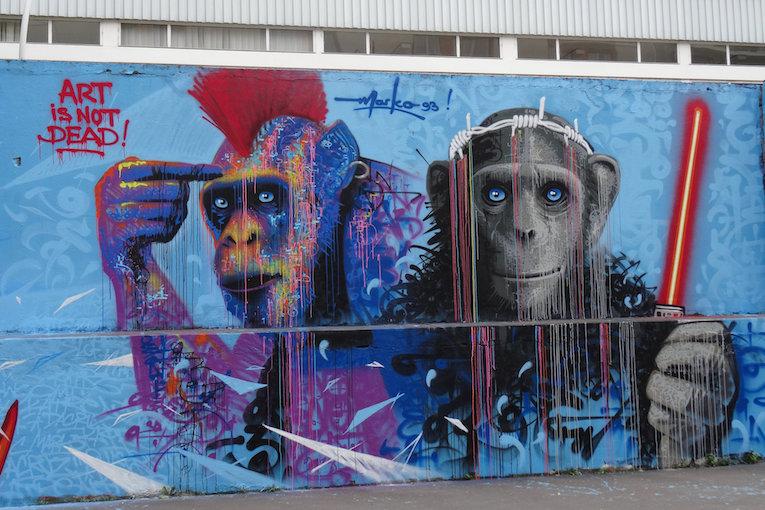 Let’s just acknowledge that Paris is the center point and muse of the artistic world, always attracting some of the most brilliant minds to its twinkling city. Though visiting any of the 130 museums (like the Louvre or D’Orsay) is bucket-list worthy, Paris also has a fascinating subculture worth discovering throughout the streets. Next time you visit, make sure to bring a good pair of walking shoes. 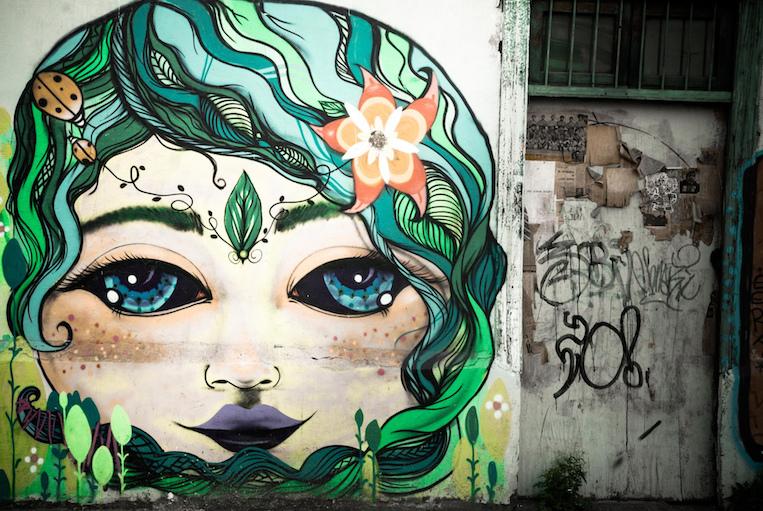 Santiago was recently voted one of the top places to visit in 2018 by National Geographic, and for good reason. The city’s complex and fascinating history ties back to the days of the dictatorship. Part of the experience of learning about that period in time is to walk the streets and witness the ways different individuals expressed their resistance in the form of street art. Since the fall of the dictatorship, street art has only continued to thrive and spread throughout the city. Now, shop owners even regularly commission local artists to paint their buildings to make their store more appealing.

Valparaiso is Santiago’s neighboring port-city and rival in street art greatness. Known as the “culture capital” of Chile, Valparaiso also rose in status as the home base of the poet Pablo Neruda. However, every year it attracts hordes of graffiti artists and muralists to join the carefree art scene. If you find yourself traveling through Chile, this is one place you should not miss. 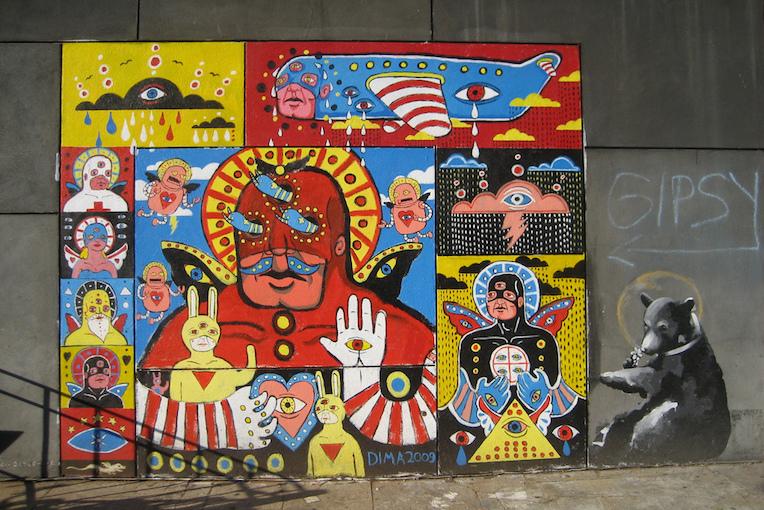 Let’s be real, New York City is the true home base of street art. You can find it at nearly every corner in each of the five boroughs.  Over the years, countless international artists have come to display their work like Portuguese duo Os Gemeos or the elusive Banksy. From the Bowery Wall to the Welling Court Mural Project to the Bushwick Collective, the options are endless.

This list is just a sneak peak into the wonderful world of street art. No matter where you wander, there are so many incredible and talented individuals taking a paint brush to the walls to demonstrate what they believe in. Though you might not find the best street art next to a main monument or center square, it’s worth the extra effort to go looking for.

This Abandoned Castle Was Transformed Into Colorful Street Art