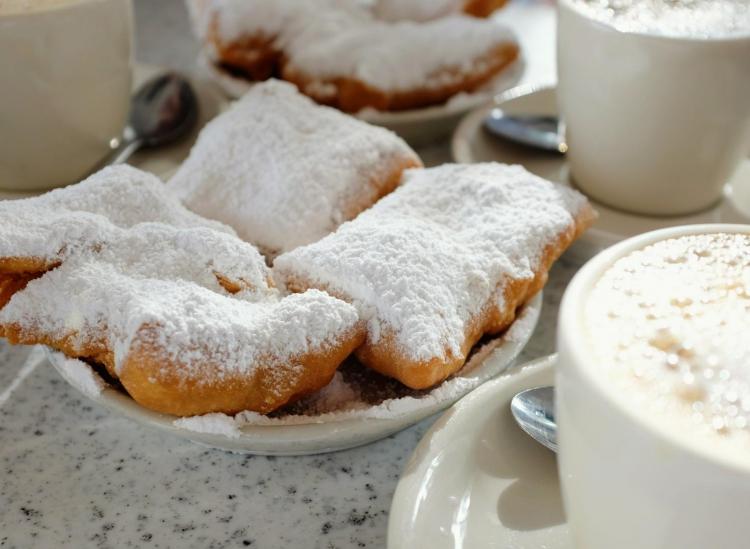 Food manages to play a central role in our favorite movies. No matter what the context, food scenes can transport you to another world. Whether it’s a sandwich that you can go out and eat IRL or a magical candy, food has a way of inspiring us in films and it will always stick out in our memories. Here are 16 memorable foods from your favorite movies.

Don’t lie, you wish you were forced to eat massive amounts of chocolate cake like Bruce here.

Who doesn’t love Oreos and peanut butter? The ultimate sugary duo united Hallie and Annie in The Parent Trap. Summer camp was never the same for us 90s kids.

The idea of a never-ending candy that changes colors and flavors is pretty damn cool. We’ll have to settle for jawbreakers IRL.

Remy, the loveable rat “invents,” a mean ratatouille with possibly the most satisfying version of this veggie medley on screen.

There’s no such thing as too much butter. Channel your inner Julia Child and make some eggs Benedict with Hollandaise sauce like Julie Powell.

There’s nothing like a good Mary Kate and Ashley movie. Especially when it involves a bunch of kids shoving their faces with sloppy joes or “big gooey, messy burgers.”

9. Clemenza’s Tomato Sauce With Sausage And Meatballs — The Godfather

If you’re going to trust a movie character to teach you how to make Italian “sauce,” Clemenza is your guy. Here’s the famous scene where Clemenza teaches Michael how to make spaghetti sauce with sausage and meatballs. Prime life lesson right here.

There’s no chance you didn’t run into the kitchen after watching your favorite Harry Potter characters gobble down this massive feast in the original 2001 film.

11. Tiana’s Beignets — The Princess And The Frog

Powder sugar-dusted beignets are one of Tiana’s specialties. Here’s a recipe for making this New Orleans-rooted snack.

One of the most iconic movie scenes of the 1989 beloved romantic comedy “When Harry Met Sally” takes place in New York City’s legendary Katz’s Delicatessen. Sally teaches Harry about fake orgasms over a Katz’s pastrami sandwich. This is where the “I’ll have what she’s having” line comes from.

HELLOOOOOO! Before the cake hit Robin Williams’ face it was pretty tempting, not gonna lie.

We know anything Meryl Streep touches turns to gold, including these buttery chocolate croissants that make you want to quit your life and become a pastry chef.

Back when gluten-free wasn’t a thing and we could eat without a conscious, there were dreamy breakfasts like this. In the 1998 film “Pleasantville,” siblings Jennifer and David (played by Reese Witherspoon and Tobey Maguire) get to eat stacks of pancakes, eggs, sausage, crispy bacon and mountains of biscuits with maple syrup.