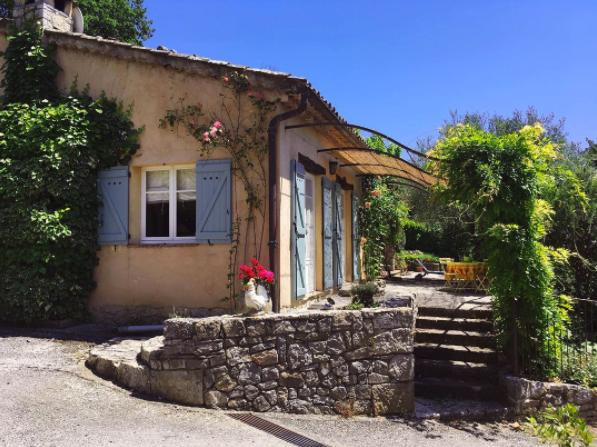 Julia Child is and will always be a culinary legend. The influential American chef, author and TV personality is famous for bringing French cuisine to the American public with her debut cookbook Mastering The Art Of French Cooking. And now, epicureans can follow in Child’s culinary footsteps and rent her former summer home in the picturesque countryside of Provence, France, through Airbnb for around $700 per night.

The 3-bedroom, 3.5-bathroom cottage, La Pitchoune, is modest and homey. It sits on well-maintained acres of luscious gardens right outside the community of Grasse. The kitchen is fittingly designed for cooking (a replica sits at the Smithsonian). The cozy space can fit six adults comfortably with additional sleeping space for children.

Guests have access to the entire house, the famous kitchen and the gardens. The kitchen comes with all of the tools you’ll need to cook since the property has been used as a cooking school, and home, for the last 50 years. There’s also a pool for when you want to take a break from cooking. You’ll find nearby villages with hundreds of restaurants, wineries and markets all within a 2-hour drive. There’s even a “black book” with all of the recommendations you’ll need for your stay.

La Pitchoune was built by Julia and her husband, Paul Child, in the 1960s and it has hosted hundreds of influential people in the food industry over the years. From April through June and September through October, Child’s summer home of nearly three decades is now La Peetch. Known as the Courageous Cooking™ School, La Peetch is a center for culture, food, wine and community where they teach timid home cooks to become courageous chefs in an immersive culinary experience. Then during the off season, the home becomes available exclusively through Airbnb.

With a powerful presence — not to mention, she stood over six feet tall with a captivating voice — Child made French cooking approachable for the masses. You might’ve gotten a taste of the chef’s iconic journey through the Meryl Streep and Amy Adams film Julie And Julia, based on the bestselling memoir. The beloved chef put an emphasis on fresh ingredients. She encouraged Americans to move away from frozen and packaged foods and to cook meals in a whole new way. It’s been said that La Pitchoune “catalyzed a food movement in 1970s Provence.”