How Gourmet Food Trucks Are Forever Changing The Game 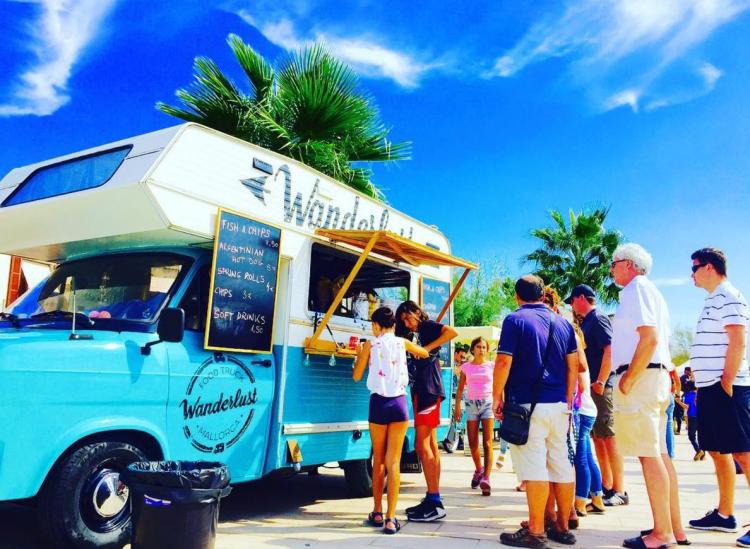 What’s the best part about food trucks? Everyone probably has a different answer to this loaded question. We think it’s the fact that you get the same level of speed and efficiency as fast food, but with the added bonus of complete transparency. You get to see the passionate chef making your food right on the spot and there’s something really comforting about that. Not only does the food come out quick, but it’s reasonably priced.

Now, more than ever, food trucks are serving up gourmet-level cuisine that’s prepared by upscale chefs and it’s approachable to everyone. The majority of food trucks emerged in the late 2000s, right around the start of the economic recession, when people were in need of fast and inexpensive meals. Since food trucks have relatively low operational costs, chefs saw them as potentially rewarding business ventures and more financially worthwhile than keeping up with brick-and-mortar restaurants.

Social media has played a huge role in the food truck renaissance. Business owners have realized the power that social media platforms have when it comes to building a personal brand, growing an audience and developing trusted relationships with customers. Food truck vendors can easily shoot out a tweet of their location and their entire fan base will have the 411 without any extra marketing. Social media is also helpful when it comes to broadcasting any special menu items.

Shows like The Great Food Truck Race, hosted by celebrity chef Tyler Florence, teach us what it’s like to own this type of business. It’s not as easy as it looks. There are all types of roadblocks, from getting the right permits and dealing with crazy weather conditions to fighting for your turf. One of the biggest problems that food truck owners have to deal with is the rise of gas prices. Despite these obstacles, the food truck industry has continued to expand and the quality of the food keeps on getting more impressive.

One company that’s succeeded at the food truck game is Korilla BBQ.

If you live in New York, you’ve most likely seen their trademark orange and black tiger striped food truck roaming around, usually, with a line formed down the block. The founder, Edward Song, said in the above video, by Taste Of Korea NYC, that their goal has always been to make Korean food more accessible. Up until they launched in 2010, most of the Korean food in NYC was isolated in the small neighborhood of Koreatown. Song believes that they’re part of a renaissance in urban dining, where now, more than ever, there’s gourmet cuisine that you can find on the street.

The Korilla menu is filled with Korean BBQ meats, around six kimchi varieties, Korean-style vegetables and menu items ranging from bulgogi burritos to Korean BBQ pork rice bowls. Song stresses how significant of a role social media has played in their growth when they can tell close to 30,000 followers at once where they’re going to be that day. The quality of their food on the truck is as good as any brick-and-mortar restaurant with seasonal specialties, secret menu options and all-natural, GMO-free and fresh ingredients. Korilla has expanded from food trucks to a full-fledged brick-and-mortar location in the East Village, with another one coming to downtown Brooklyn that’ll feature more chef-curated dishes in addition to their create-your-own style options.

The amazing part about this company is how the accessibility of the food trucks opened up a whole new conversation about Korean food in the city. They continue to make traditional Korean BBQ dishes second nature to all of their loyal customers, just like most passionate food truck vendors hope to do with their cuisine. Food trucks have the ability to permeate so many neighborhoods that brick-and-mortar locations can never access. This easy mobility combined with social media outreach will help to spread food culture faster than every before.