Kimchi Is The Perfect Combination Of Crunchy, Tangy And Spicy 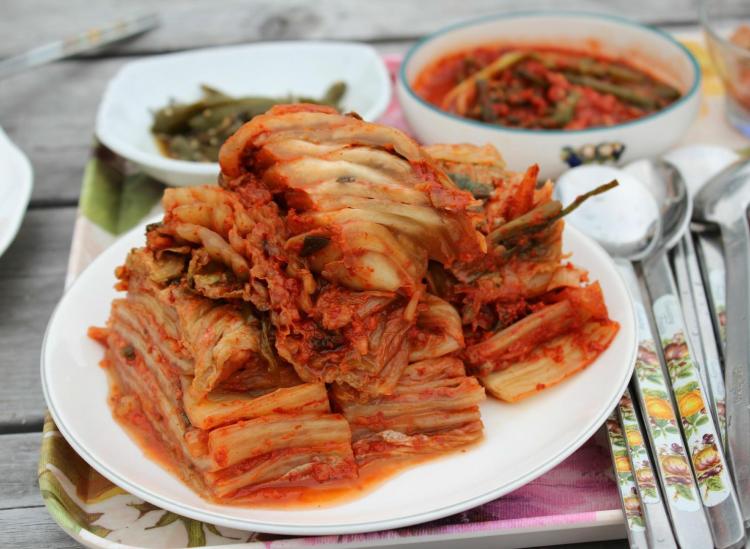 So what’s all the hype with kimchi? In Korean culture, eating kimchi at the dinner table is just about as common as Italians eating bread. The spicy Korean side dish usually served as banchan, is a reddish color and made of fermented and seasoned vegetables (usually napa cabbage and daikon radish) in a brine of garlic, scallions, ground pepper, salt, vinegar, chile peppers and other spices. The most common way to eat kimchi is by itself, on top of a bowl of rice or with noodles. The best way to describe the taste of this Korean staple would be tangy, crunchy, spicy and sometimes a little sweet. You either love it or you hate it.

Let’s say you’re feeling ambitious and want to make your own kimchi, even though it’s usually reasonably priced at Korean grocery stores like H Mart. It’s like the old saying goes — give someone kimchi and they’ll eat spicy cabbage for a day; teach someone how to make their own kimchi and you feed them spicy cabbage for a lifetime. It’s relatively easy to do as long as you have patience and a couple of mason jars. You’ll need to let it ferment anywhere from two to five days at room temperature.

Kimchi is such a huge part of Korean culture that there’s a whole museum (the Pulmuone Kimchi Field Museum) in Seoul, South Korea, dedicated just to kimchi. The museum educates people about the history behind it along with the different varieties, close to 200 varieties out there, and gives you an inside look into the kimchi-making process.

The best part about kimchi is that it’s legitimately healthy for you. It’s packed with Vitamins A, B and C and like other fermented foods, kimchi contains the “good bacteria,”  called lactobacilli, that’s also commonly found in yogurt. The healthy bacteria aids with digestion, similar to apple cider vinegar, and might help prevent yeast infections along with the growth of other diseases.

Whether you’re eating unlimited kimchi at your local Korean BBQ joint, making your own or buying it from an Asian grocery store, kimchi is a flavorful and versatile ingredient you should definitely get to know.