Science Agrees: A Bubble Bath Is So Much Better For Your Mental Health Than A Shower 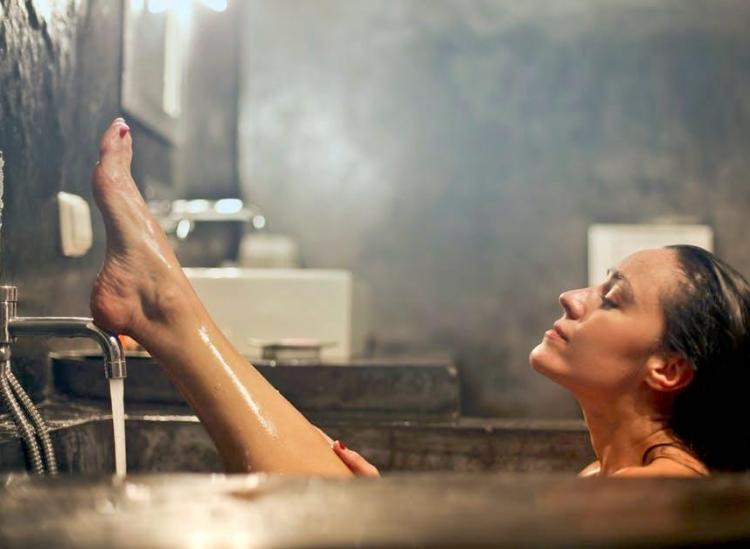 It’s time to start scrubbing out your bathtub because a new study suggests you may be missing out on a number of mental and physical health benefits by choosing a rinse in the shower over a soak in the tub. No one would argue over the allure of a relaxing bubble bath, yet showering is still the most common form of bathing worldwide. Maybe you shower because it’s a timesaver. Or, maybe it’s a way to conserve water. Whatever the reason may be, these newly-researched bathtime health benefits will have you reconsidering your shower routine.

In the new study, researchers from the Japan Health and Research Center, Tokyo City University and Jichi Medical University examined whether there were health benefits of taking a bath instead of a shower. It turns out, there were. The study included 33 Japanese people that were recruited online, at random, to participate. After spending two weeks bathing in only bathtubs, followed by two weeks in only showers, the subject’s self-reported their health status and completed a survey that gauged how each bathing method impacted both their mental and physical health.

According to the study, subjects reported that the two-week bathtub bathing period improved their health and skin conditions and decreased fatigue, stress and pain. They also said using a bath instead of a shower stimulated various physical benefits. Researchers hypothesize this has to do with hyperthermic action, which increases body temperature, stimulates the metabolism and eliminates metabolic waste products – ultimately, causing the body to feel refreshed. Although this study has its limitations, such as the small sample size and limited Japanese demographic, there’s still a compelling case as to why baths trump showers in terms of individual health.

We get it, you may just be more of a shower gal. But every once in a while, it may be nice to get the water running, throw in some bubbles and play your favorite chill-out playlist for a change. After all, you deserve some quality relaxation time. Plus, now we know your mind and body will thank you for it later.

Treat Yourself At The World’s Most Beautiful Bath Houses