Here’s How To Know If Your Airplane Is Safe 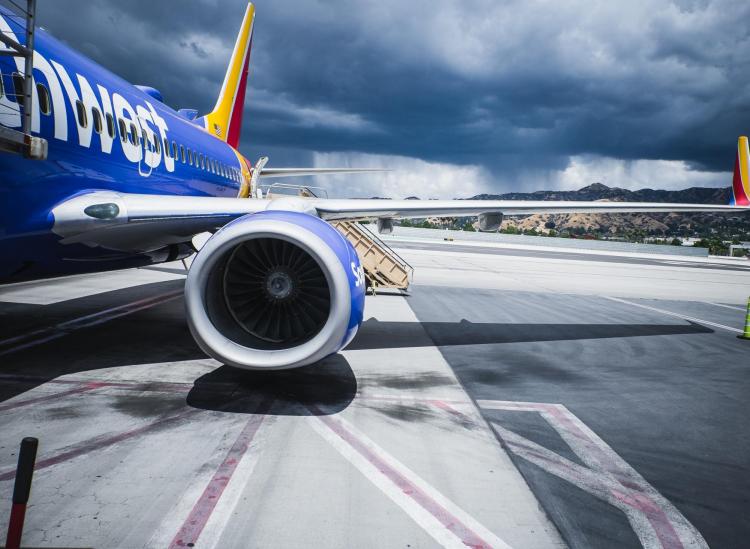 On April 17, an engine on a Southwest flight exploded, killing one passenger and injuring seven others.

Twenty minutes into the flight, the explosion caused a window above the wing to shatter, pulling a woman partially outside of the plane. While flight crew and passengers tried to save her life and blocked the hole in the plane, Capt. Tammie Jo Shults piloted the depressurized plane without an engine for 40 minutes and emergency-landed in Philadelphia, Pennsylvania.

It’s the first fatal plane accident in the United States since 2013 and the first deadly accident on a U.S. airline since 2009.

Every airplane accident brings that lingering fear of flying to the forefront of your mind. Even though we know airplanes are statistically safe, incidents like the Southwest tragedy call everything into question. So how do you know the plane you’re about to board is ready to safely fly through the sky?

A full investigation into what is now designated an engine failure on Southwest Flight 1380 might take a while to determine the root cause of the accident, whether it was a mechanical error, a regulatory error or a mixture of both.

There are a lot of things travelers can’t control, from the complex physics that allow planes to remain in the air and the certifications ensuring planes are passenger-ready. All we can do is make educated decisions about which airlines to fly. 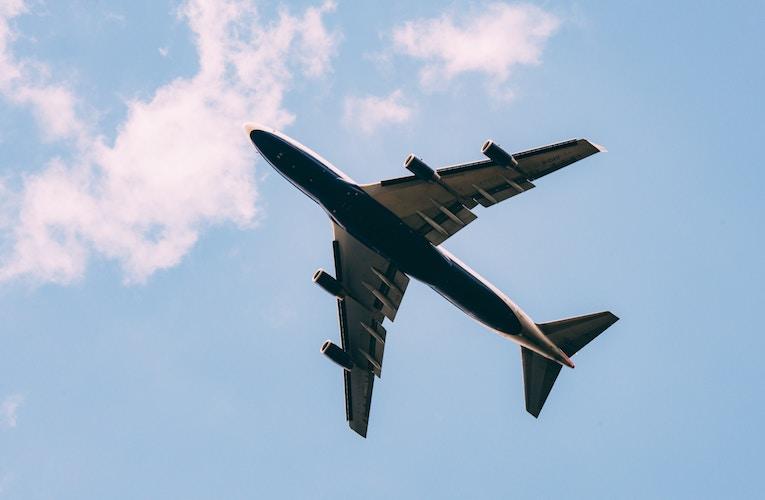 Every aircraft that operates inside the U.S. has to be authorized by the FAA. That includes the little two-seater hobby planes, as well as commercial jets. Basically, if you’re buying a ticket out of a U.S.-based airport, the FAA vets those flights. Tickets on airlines like American, Delta and Southwest are regulated by the FAA.

There’s very little statistical difference in safety on the airlines you most often see in your Google Flights search. Every year, the Jet Airliner Crash Data Evaluation Centre ranks airlines around the world. In the top 20, there’s not even a three percent difference between the winner, Emirates, and number 20, Air Canada. Spirit Airlines (everyone’s favorite airline to badmouth) comes in eighth place.

In general, newer planes are safer. Counterintuitively, this means upstart budget airlines like Spirit have some of the safest planes. In fact, low-cost carrier Norwegian Air ranks second on the list. Older budget airlines (like controversial Allegiant Air) have older planes, which can be less safe than the shiny new ones. There are other ranking lists with slight differences in where the major airlines rank, but mostly, mainstream U.S. airlines are fairly comparable.

The FAA is also responsible for the mechanical standards for airplanes. It’s called “airworthiness.” Planes undergo check-ups, ranging from monthly brake, hydraulic and electric tests to in-depth examinations every few years when an entire plane is taken apart and put back together again. Before every take-off, the flight crew is required to inspect the plane and run tests on the equipment. Still, in rare instances, things go wrong.

On Southwest Flight 1380, an engine on the Boeing 737 exploded. According to The New York Times, a fan blade was missing from the engine and there was evidence of metal fatigue where the blade came off. That’s what caused the engine failure.

Two years ago, another Southwest flight experienced problems with an engine on the same model of plane. That flight landed safely with no injuries to anyone onboard. In fact, until the 1380 engine explosion, no one had ever died on a Southwest flight.

On April 18, the day after the accident, the FAA announced a new directive requiring inspections on engine fan blades on planes with certain types of engines. Any blades that don’t pass muster will be replaced before the plane can fly. The new safety rule will go into effect in the next few weeks.

But between the airline and the FAA, there are still questions to be answered as we learn more about Southwest Flight 1380 (although the National Transportation Safety Board will be the ones doing the actual investigation). Until we have those answers, all travelers can do is look at the data and choose the best airline possible. 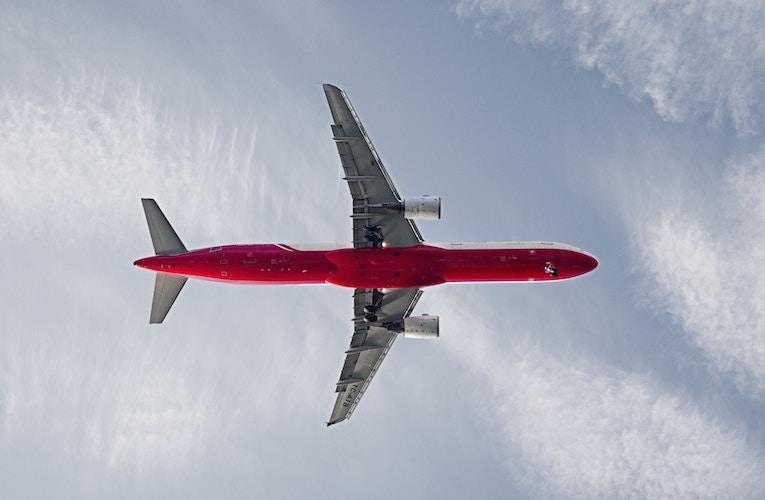 Outside of the U.S., there’s no single worldwide standard to guarantee airplane safety. There are optional or non-legally binding sets of rules, such as the United Nation’s International Civil Aviation Organization (UN ICAO). They give individual countries a score based on how each nation regulates air travel. There’s also the International Air Transport Association Operational Safety Audit program (IATA OSA), but it’s not mandatory. Airlines get to choose whether to put their planes up for inspection, leaving room for safe and unsafe planes to not be audited.

The European Union gets even more specific. The E.U. has a list of airlines that aren’t allowed to operate inside Europe. There are more than 150 airlines on the blacklist, either completely banned from flying to Europe or with restrictions on routes or aircrafts allowed to fly to the continent. These are unregulated airlines in a number of developing countries with unfamiliar names, such as Air Bishkek or Avior Airlines.

However, this doesn’t mean there are no trustworthy airlines that operate in these countries. For instance, many well-respected airlines operate flights into Iran, although Iran Air is listed as restricted within Europe on the E.U. blacklist.

If all that seems blurry to you when picking an international flight, don’t worry. That’s why websites like AirlineRatings.com exist — to clear up some of the bureaucracy. They use data from the FAA, UN ICAO, IATA OSA and the E.U. to list safety information on every airline. It might be easy for your eyes to glaze over while reading all those acronyms, but it basically means there’s lots of regulation happening. And regulation is what keeps planes safely in the air.

So Is Flying Safe? 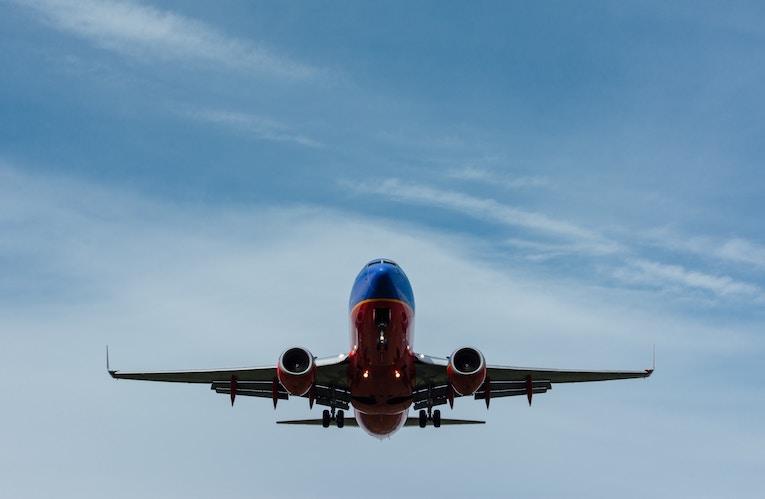 Last year, there were more than 36 million passenger flights around the world, according to the Aviation Safety Network (ASN). There were 10 fatal crashes in 2017. That’s a 0.000028 percent chance of being in a commercial plane crash that results in a death — and just think of how many people are on a 747. You’re much more likely to be in a deadly car accident.

Plane crashes are tragic accidents. And with every accident comes new information that can be used to prevent potential flight disasters in the future. But overall, using the many airline rating systems available to you, you can feel confident in booking your next flight.

UPDATE: This post was updated after publication to include new FAA directives put into effect.

8 Ways To Calm Your Fear Of Flying