Even Apple CEO Tim Cook Gets Sucked In By Online Critics 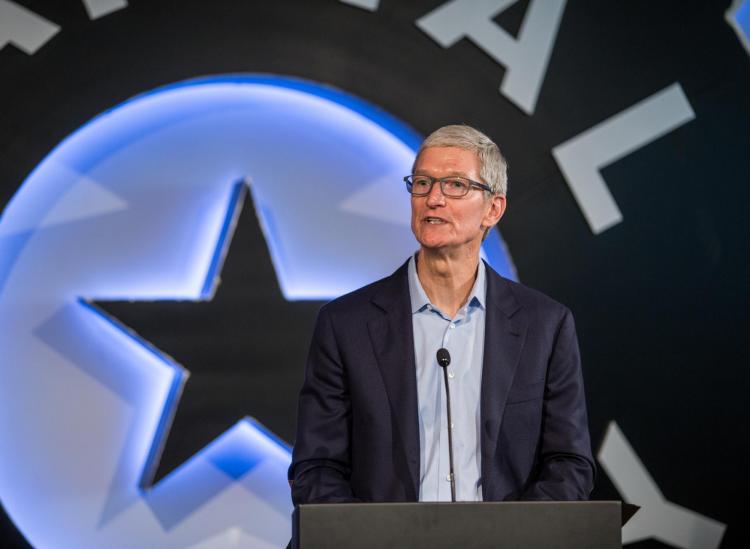 When Apple CEO Tim Cook wakes up around 4 a.m., he has an almost masochistic morning routine.

“I like to take the first hour and go through user comments and things like this that sort of focus on the external people that are so important to us,” Cook told Axios.

In practice, that means that the head of one of the world’s most successful companies takes 60 minutes a day — almost 22,000 minutes per year — to read our tantrums or praise on what we do or don’t like about his products. One has to wonder how many arbitrary or downright wrong comments Cook sifts through before landing on a good one that actually informs his business model. Or does his staff do the searching for him?

After Cook’s light reading, he heads to the gym for stress control. But even as he tries to cut back on his screen time, he said he still spends a few hours each day on his phone. CEOs — they’re just like us!

Cook is not the only one whose morning routine has been in the spotlight as of late. Even pregnant duchess Meghan Markle wakes up at 5 a.m. and gets to work, and though the royal staff is reportedly not very happy about it, it’s likely what made her so successful in her own right.

So can your morning routine really make or break you? Some experts do indeed believe that rising early and other tips can make you a millionaire, or have otherwise unforeseen positive consequences for your work and life.

But caution: Early to rise also means early to bed. Sleep scientists recommend 8.5 hours of shut-eye every night to reach peak productivity, so one day you too can be like Cook, reading endless user comments before the crack of dawn.

Jeff Bezos On Tips For Succeeding In Business, His $2B Donation And Amazon’s HQ2